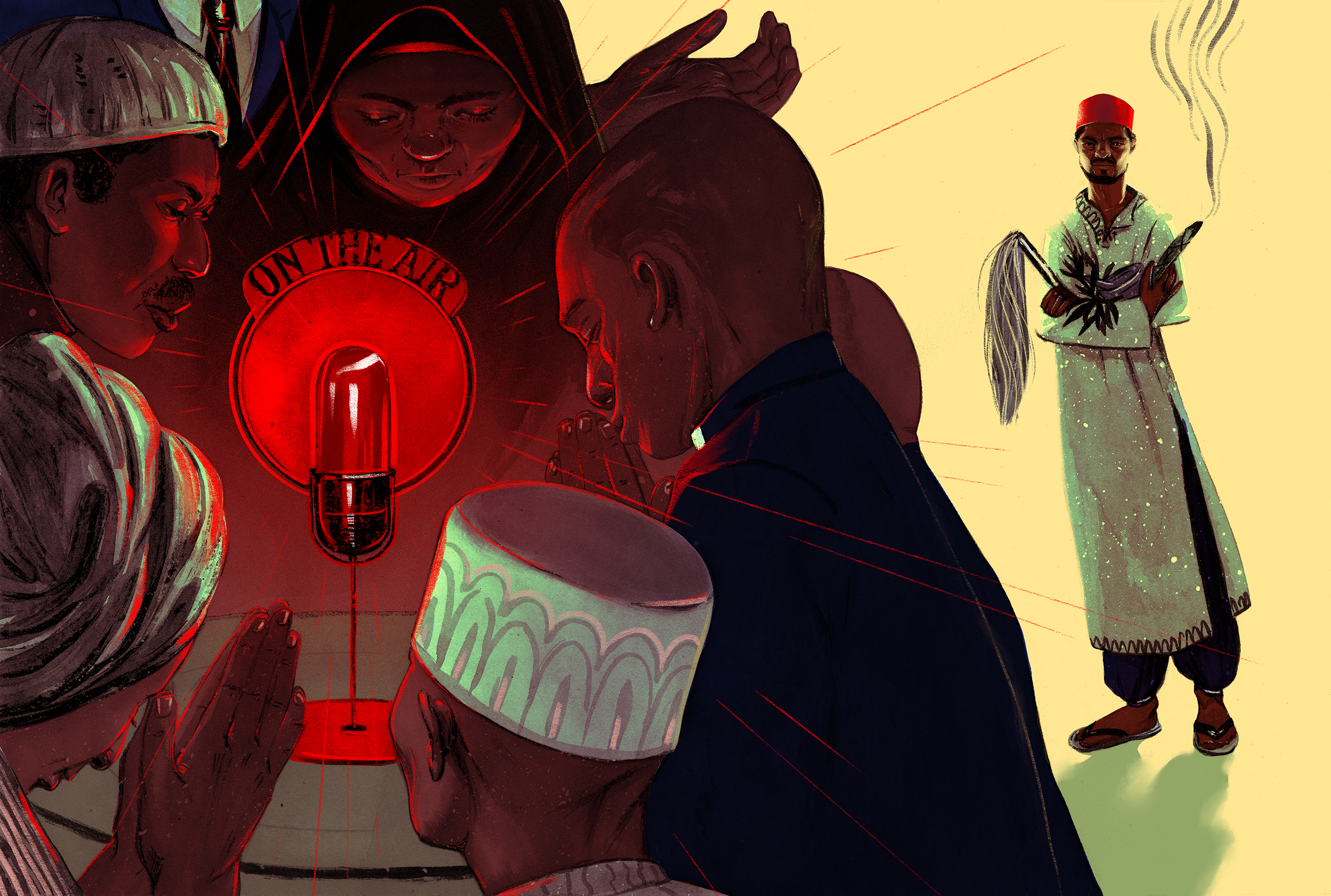 He’s missing out on income from potential customers: patients he would meet at his home for one-on-one consultations about herbal treatments. Ibanda says he would prescribe herbs to treat malaria, to increase fertility and to bless a person’s love life or career. He used to advertise his services on Apex FM, a radio station based in Jinja, several times a week.

But now, Ibanda’s off the air.

In March, Apex FM was one of 23 radio stations that the Uganda Communications Commission (UCC) closed for the alleged promotion of “witchcraft” and for alleged electronic fraud via advertisements on those stations.

By the end of June, all the radio stations had reopened, but with a new legal stipulation: They must not run advertisements by any traditional healers or herbalists who are not registered with Uganda’s National Drug Authority (NDA). Ibanda, for one, is not registered with the NDA.

The shuttering of these radio stations led to a loss of income for advertisers and broadcasters— even since the reopening, both have felt the shutdown’s effects. Ibanda, radio listeners and operators say they believe the closing of the stations was an act of religious discrimination against traditional healers and herbalists. The UCC, however, maintains it’s an open-and-shut case of advertisers breaking broadcast rules.

In Uganda, there are what Ibanda calls “false traditional doctors” who use radio advertisements to promote their services; these advertisers ask for mobile money donations in exchange for promises of riches or solutions to life’s problems.

That’s the difference between him and fraudulent doctors on the air, Ibanda says—a legitimate traditional doctor will meet patients in person, create a doctor-patient relationship and analyze the symptoms of any illness. 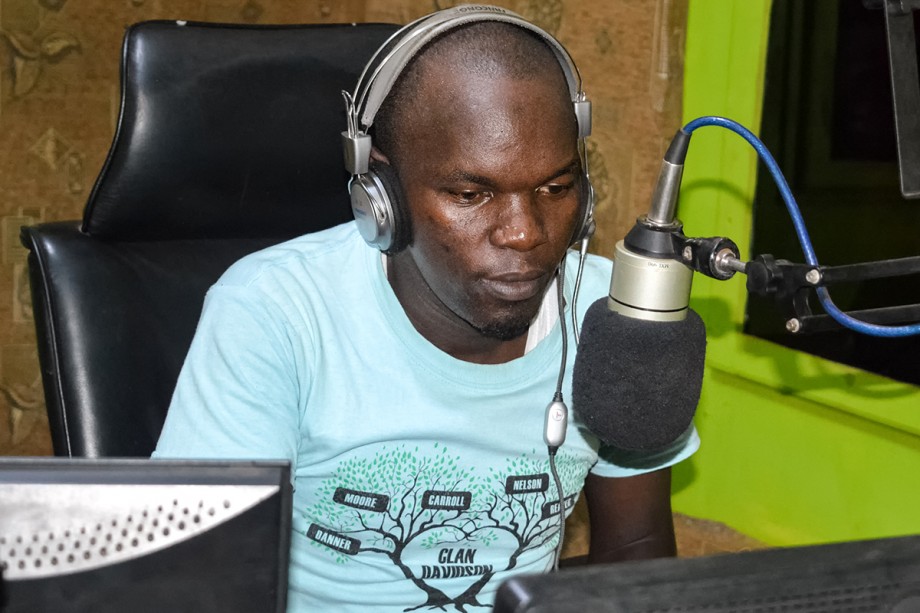 Matia Oporya is a host on Apex FM, one of the radio stations that the Uganda Communications Commission (UCC) shut down this year and then reopened under new advertising rules. Oporya says he lost income when the station was shut down.

But if just one person complains about ads by an allegedly fraudulent doctor, it can be enough to shutter a station. Pamela Ankunda, public relations officer at the UCC, says the commission received a complaint about Apex FM from a listener who heard an advertisement by a traditional doctor and sent money, but who never received the promised services. That led to charges against the station alleging electronic fraud and “witchcraft.”

She says there are traditional healers who use radio advertisements to create the impression that they have supernatural powers or can perform miracles. This would be considered a violation of Uganda’s Witchcraft Act 1957.

Ibanda says the UCC is showing preferential treatment to other religions. He cites advertisements by Christian pastors who ask for mobile money on radio and television.

“But none of those media channels have been closed for electronic fraud in that regard,” Ibanda says.

That could be because listeners aren’t complaining about those ads, Ankunda says. The UCC carries out monitoring and compliance year-round, and whenever a listener complains, the agency will act upon the complaint. If listeners don’t complain about any advertisements on a station, it becomes hard for the UCC to protect the public, she says.

“We can’t stop anyone from practicing the faith provided to them by the constitution, and this wasn’t an attack on their faith,” Ankunda says. “What UCC did was protecting the public from being cheated, through adverts airing on media organizations that don’t comply with broadcast rules.” 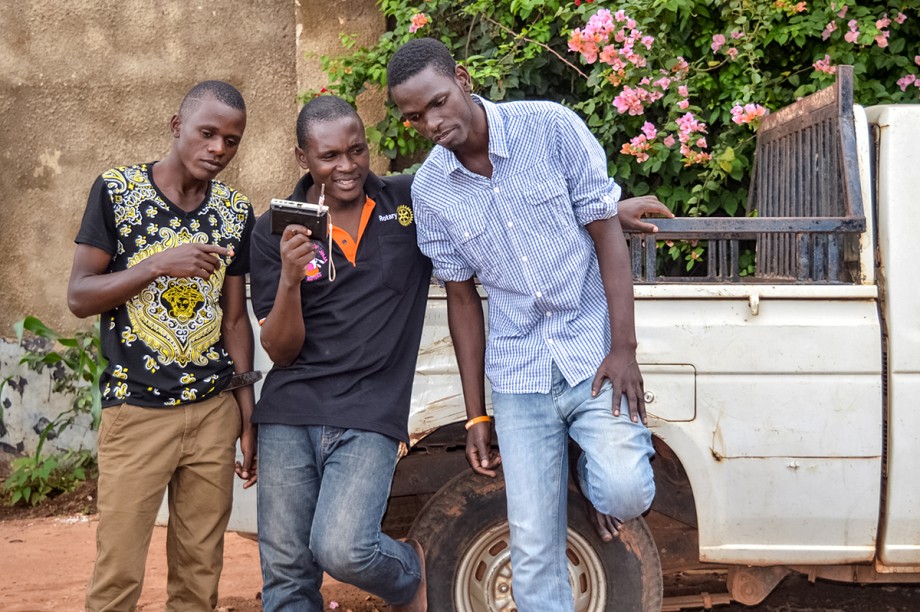 Aloysious Kawoya (center), a traditional faith believer, listens to a radio with friends. Kawoya believes the UCC was discriminatory in its shuttering of radio stations that broadcast advertisements by Ugandan traditional faith healers and herbalists.

Ankunda adds that the 23 radio stations were broadcasting advertisers who were in violation of the “electronic fraud” section of Uganda’s Computer Misuse Act of 2011.

Frank Bwire, the CEO of Apex FM, says he didn’t comply with the warning because his station didn’t regard the advertising as harmful to the public.

“Deciding to use or go with the service we advertise is an individual’s decision, not I, the broadcaster,” he says.

Apex FM was on the air for four years before it was shuttered by the UCC. The station reopened on May 11. But it has suffered regardless of the reopening, Bwire says.

“Our employees’ income has been affected,” he says. “Our reputation is tainted, and we fear we might already have lost some of our audience.”

Aloysious Kawoya, a resident of Jinja and traditional faith believer, thinks some traditional priests and herbalists who advertise their services on radio are “fake” and swindle listeners out of their money – but he says Christian and Muslim spiritual leaders use radio to do the same thing.

The UCC was discriminative in its decision, he says.

Samuel Kazibwe, an academic and researcher working in mass communication at Uganda Christian University, agrees that there is attempted fraud on Ugandan radio, across many religions.

“Some Christian pastors have founded their own radio and TV stations and have on multiple occasions asked their audiences to send mobile money on the numbers they provide on air in exchange for prayer and miracles,” he says. “Their desperate audiences do send the money.”

In order for the UCC to effectively protect the public from electronic fraud, Kazibwe says, it has to be nonpartisan in its decisions.