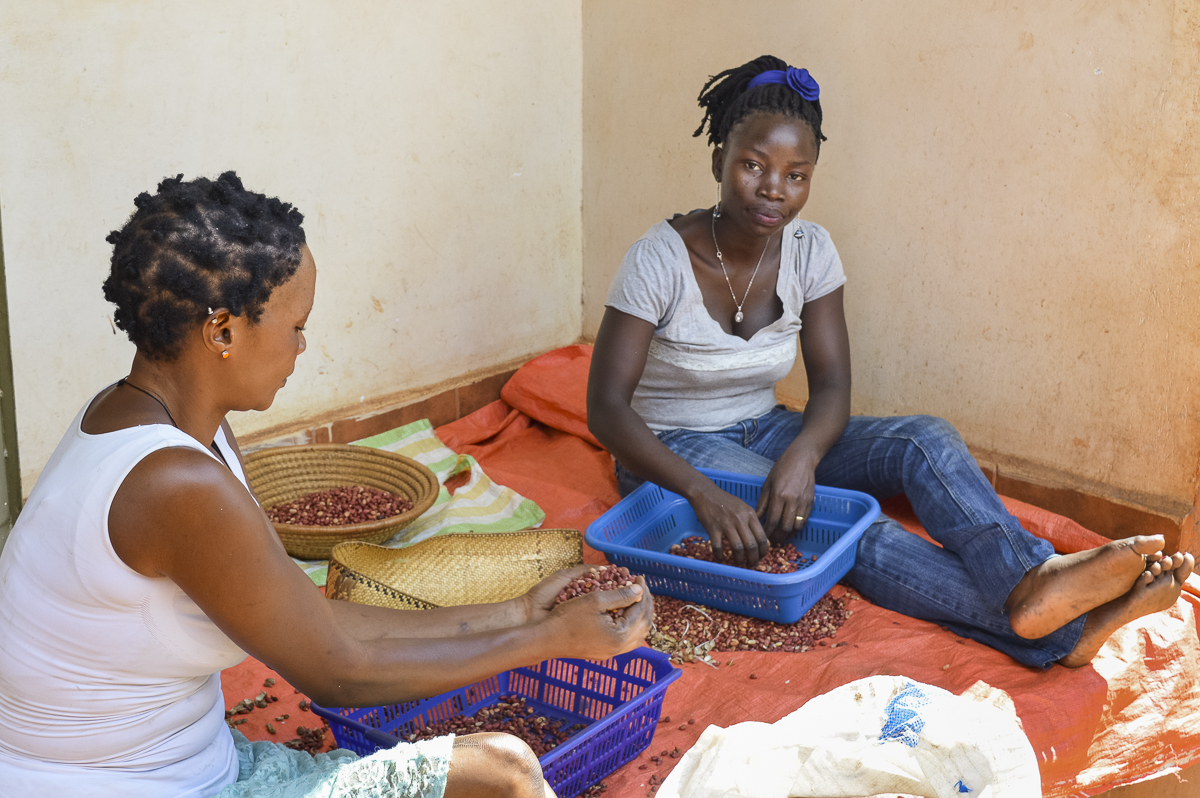 WAKISO, UGANDA — Juliet Onyiru and her team of five employees sort through dark brown sesame seeds, known locally as simsim seeds, on trays to remove stones and other impurities at her home in Wakiso, a district neighboring Kampala. Then, they mix the seeds with a sticky sugar syrup to make simsim balls, a popular snack in Uganda. Onyiru, 27, and her team later pack the simsim balls and distribute them to retail shops in Wakiso and Kampala.

Onyiru started this business two years ago after searching in vain for two years for a job. She graduated from Makerere University with high hopes of getting work in the development field, but that didn’t happen. Instead, she took a 15-week entrepreneurship class at KIBO Foundation, a Canada-based organization, to learn how to start her own business. The class is usually offered for free, thanks to donations.

Nearly 80 percent of Uganda’s population are below the age of 30, and 23 percent are between the ages of 18 and 30, according to census data. Those are prime working years, but more than 65 percent of the nation’s youth are unemployed, according to the State of Uganda Population Report 2014.

Youth unemployment is a problem in many African countries. Eight percent of Kenya’s 2.3 million unemployed were young people between 15 and 34 years of age in 2005 and 2006, according to a 2013 United Nations Development Programme report.

In Uganda, KIBO Foundation and other organizations are working to bridge that gap by training young people to start their own businesses.

KIBO Foundation’s 15-week course offers programs in information and communication technology, project and financial management, community development and entrepreneurship. About 6,000 people between the ages of 15 and 30, regardless of their educational background, have been trained in the program over the last nine years. According to the organization, 90 percent of former students went on to find jobs or start their own businesses as of 2011, when the most recent data was collected. 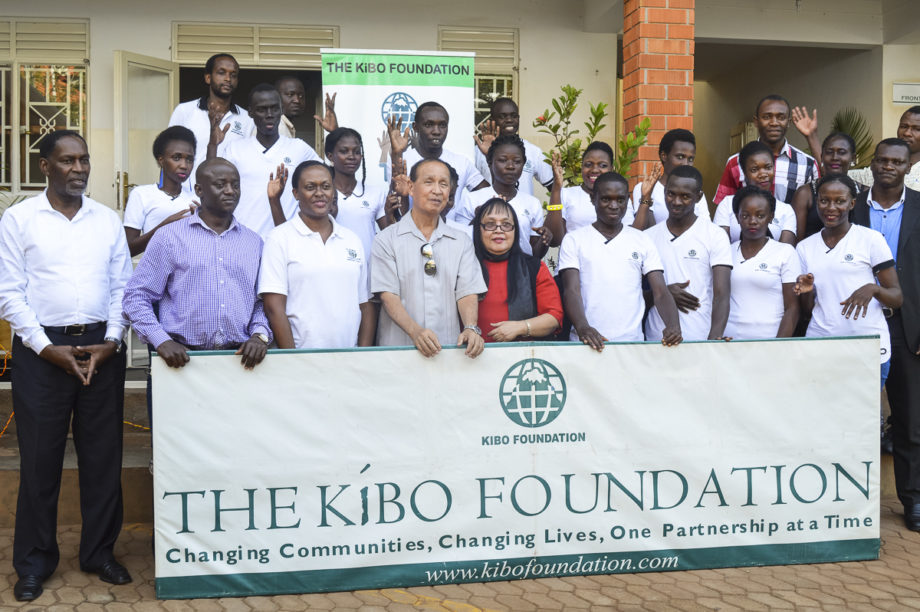 Students and staff pose at KIBO Foundation, an organization that trains young Ugandans to be entrepreneurs. The program at KIBO Foundation is one of several that operates in Uganda, where unemployment rates among young people are high.

“Students have left and got jobs. Some have started their own projects,” says Veronica Ssempebwa, the chief operating officer at KIBO Foundation.

Onyiru, who makes and sells the simsim balls, is among the former trainees who now run successful businesses.

Sarah Ashaba, 27, a Sawa World graduate, makes roast groundnuts and other snacks and sells them to retail shops around Kampala.

Ashaba has no college education, so finding a well-paying job on her own was difficult. She started the snacks business with her own savings and now earns about 700,000 ($199.54) to 1 million ($285.06) shillings each month.

Enterprise Uganda, Plan International, Educate! and Maendeleo Foundation are among the other organizations training young entrepreneurs.

But some young people say they want money, not skills.

“The way they can solve unemployment is by giving us capital to do our own businesses,” Kimuli says. “Those skills NGOs provide may not be helpful. After all, we got some of those skills in school.”

Students have left and got jobs. Some have started their own projects.Veronica Ssempebwa, the chief operating officer at KIBO Foundation

“Someone with the right attitude and business management skills will start with what they have and thrive,” Ocici says.

Ocici says training youths in entrepreneurial skills will be useful in reducing the unemployment problem in Uganda.

David Bahati, the minister of state for planning, says the government is working to industrialize the country to enable youths to get jobs.

The government is also developing infrastructure to create a conducive environment for business, Bahati says.

“As a government, we are investing in road construction so that those in business can move easily to transport their goods and those in agriculture can also transport their products for sale,” Bahati says. “This will in a way fight unemployment.”

All interviews were conducted in English.