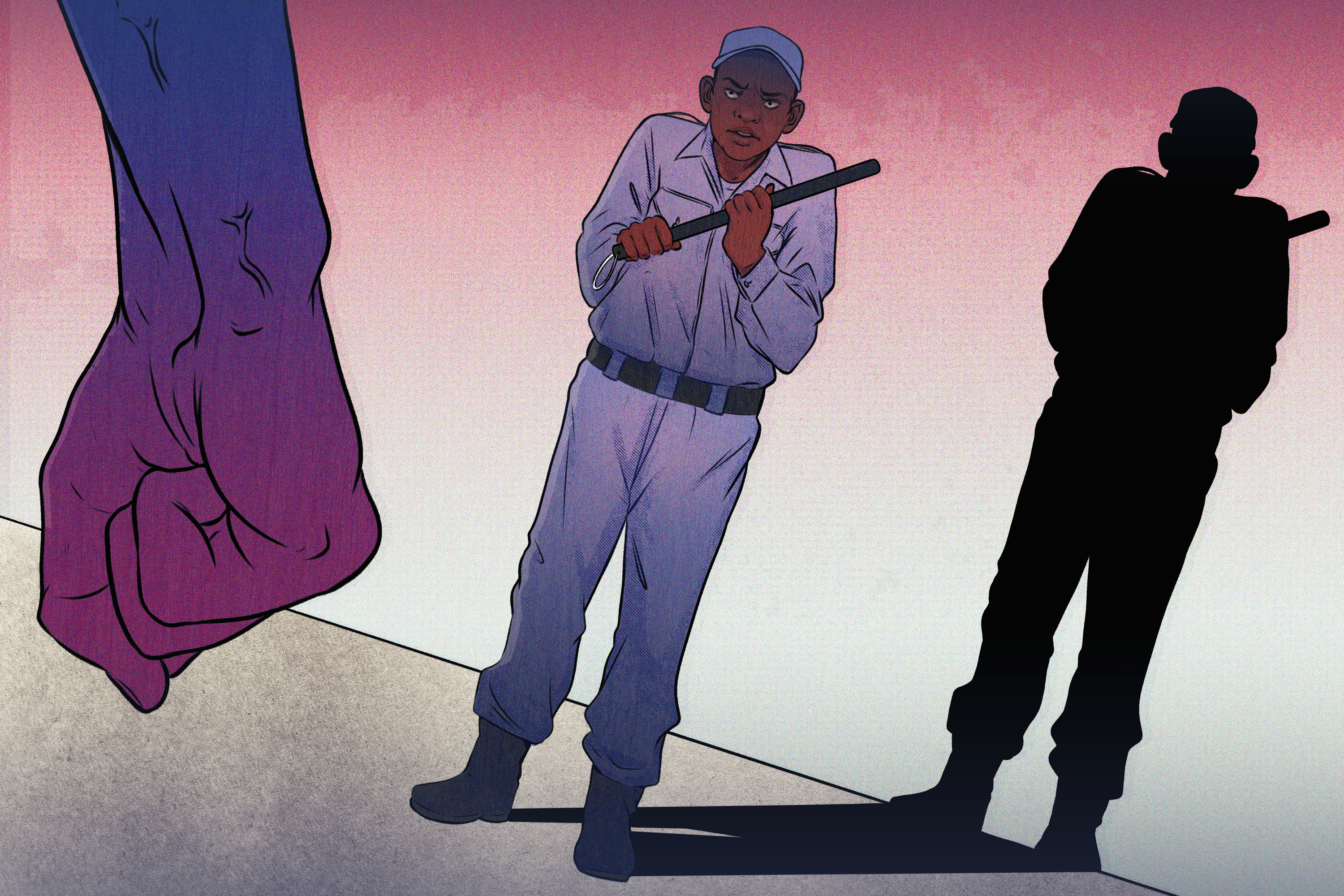 KAMPALA, UGANDA – Sumayiya is going on hour six of her shift as a security guard at a supermarket.

Upon noticing a customer, she puts her baton under her arm to sift through the woman’s bag. She’s looking for knives, guns or any item sold in the supermarket in Wandegeya, a Kampala suburb.

Customers aren’t permitted to enter the supermarket with any product the store stocks.

Sumayiya surveys the bags by herself. She has been on duty alone for the past three months, despite concerns for her own safety.

“Being alone on duty is a guarantee that you have no colleague to rescue you or stop the wrong people from carrying out their mission in case of an attack,” says Sumayiya, who requested that only her first name be used. “You know that no one is watching your back.”

A directive from the Uganda Police Force requires security companies to deploy two security guards at a single post, says Luke Owoyesigyire, a spokesperson for the Kampala Metropolitan Police.

But despite police reiterating the directive in December 2018, security companies still often do not comply, stating that “their clients can’t afford to pay for more than one guard,” Owoyesigyire says.

But disregarding the directive can come with a higher price.

Being alone on duty is a guarantee that you have no colleague to rescue you or stop the wrong people from carrying out their mission in case of an attack. You know that no one is watching your backSumayiy, a security guard at a supermarket

Across the country, at least seven guards working for private security companies were attacked while working alone this year, Owoyesigyire says. Three of the guards did not survive.

One of these guards was Silas Tumwesigwa, a guard with Premier Security Systems. Owoyesigyire says he was armed and on duty at Sals Hotel in Kampala district’s Ntinda village in May when he was attacked and killed.

The manager of the hotel,Mwanje George,says the hotel typically employs two guards but could not explain why Tumwesigwa was the only guard on duty that night. Adding to the uncertainty, an official at Premier Security claims there were two guards deployed at the hotel the night Tumwesigwa was killed.

That same month, two security guards – one dispatched by KK Security Ltd. and the other by Premier Security – were attacked in separate incidents.

The guard employed by KK Security was brutally beaten while on duty at a fuel station on Ttula Road in the Kawempe division, says Owoyesigyire. The guard survived the attack.

Ronald Walugembe, an official at KK Security, says he is unable to comment on attacks due to client-company relationship.

“I just pray to God to guide me well so I can pass through the night safe and alive,” says DK, a security guard at a hardware store in the Kampala district village of Kalerwe who asked that his full name not be used.

Sometimes DK only has a baton as a security tool, which he says is useless in cases where the attacker has a gun.

“I have had an incidence where three men arrived in a night at a petrol station I was guarding. I just ran off because I couldn’t face them,” he says. “Perhaps if we were two on duty we could have done something and counter attacked, but as one I couldn’t.”

DK says he has complained to his bosses about being deployed alone. But his bosses say the client can only afford one guard and that the company is unable to do anything about it.

Without change, some security guards have decided to leave the profession altogether.

Ngobi Stevenwas on patrol at a fuel station in 2013 when an individual drove in with a mechanical problem. The man offered Ngobi a cigarette.

Ngobi remembers lighting the cigarette and smoking it. Shortly after that, his “world went dark.” When he woke up the next morning, he was in a clinic. His gun and all the money at the fuel station were gone, he says.

“I knew then that I needed to get another job because mine had become risky,” Ngobi says.