Skip to main content
The story you are reading was published on Wednesday April 20, 2016. To read more recent stories click here. 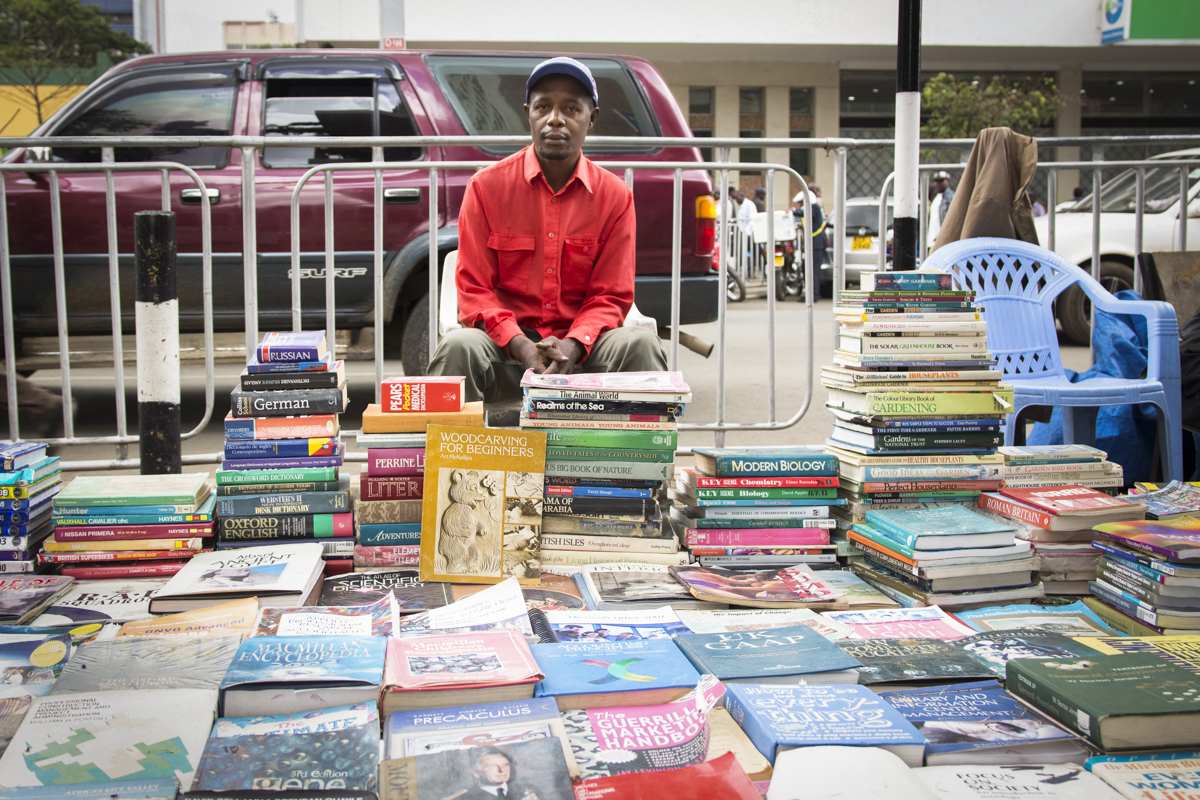 NAIROBI, KENYA – Francis Gachanja tosses books from a sack onto a large metal ramp at his roadside stall on Haile Selassie Avenue in Nairobi.

Behind him, another book vendor sits on a plastic chair at the corner of the busy street. Her books are arranged in neat stacks. There are three more book vendors nearby, each open for business.

“I have seen an increase in the number of people doing this business,” Gachanja says. “My customers are also increasing. People in Nairobi have begun to invest in knowledge, so we are seeing more customers.”

People in Nairobi have begun to invest in knowledge, so we are seeing more customers. Francis Gachanja, a roadside book stall owner in Nairobi

Secondhand book stalls, which primarily sell literature from the U.S. and Great Britain, dot most corners in downtown Nairobi. The stalls, known as inama, or “bend over” bookshops in Swahili, have been flourishing since 2013, when the Nairobi City County government started licensing newspaper vendors to sell old books, says Anna Othoro, the county executive in charge of trade, industrialization, cooperative development, tourism and wildlife.

The government doesn’t know exactly how many more secondhand book stalls operate now in comparison with previous numbers because those licenses are grouped together with other types of vendors and service providers, including shoe shiners and food sellers, says Raphael Nderui, a trade and industrialization officer at Nairobi City County.

But the stall owners, readers who buy books from them and advocates of Nairobi’s burgeoning reading culture say there are more stalls now than ever before.

Gachanja says he buys his books from traders who import them in bulk. Eddy Kinuthia, another vendor, imports his own stock – mostly fiction titles — from the U.S. He says he sells out his rotating stock of 1,300 to 1,600 books every two or three months.

“I can say that in Nairobi and its environs, people do buy books,” Kinuthia says. “Some of my clients have large libraries. So the people who read are really buying.”

Catherine Kavuvi says browsing books has almost become an addiction, adding that she buys a new title every time she’s in downtown Nairobi.

“This is because of the affordability,” she says. “I mean, look, he is selling a Wilbur Smith novel for 300 Kenyan shillings (about $3). It is very affordable.” 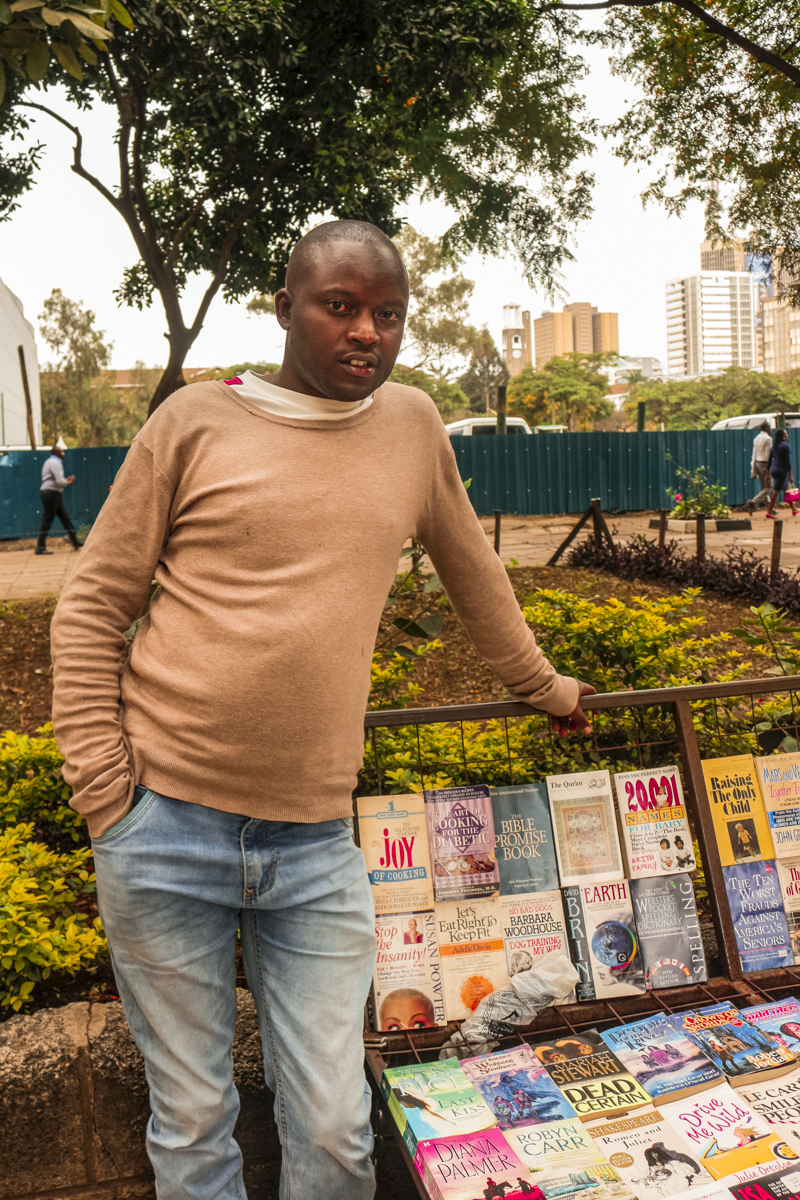 Eddy Kinuthia, a secondhand book vendor, stands at his roadside stall in Nairobi. A growth in the number of such stalls is promoting a reading culture in Kenya’s capital city, reading advocates and sellers say.

Reading advocates say the stalls promote a reading culture in Nairobi. Ray Mwihaki, one of the organizers of World’s Loudest Library, a monthly event in which readers discuss and swap books, says most people who attend the event buy books from roadside stalls.

“Street vendors are definitely making books more accessible in Nairobi,” she says. “When we were growing up, we only got books from bookshops and most of the time one had to part with at least 400 shillings (about $4) to get a book. These days you find books by notable authors going for 100 shillings (about $1) in the streets.”

The World’s Loudest Library has about 200 members and new people come every month, Mwihaki says. That’s a sign that Nairobi’s reading culture is growing, she says.

“The books went quickly, sometimes while we were still standing there,” Musita says.

She says local writers need to change with the times and find a way to sell their books on the streets.

“There is the cliché that Kenyans do not read, but these vendors have crowds of people bending over, searching for books,” Musita says. “Local writers should not take all their books to the shops.”

Richard Oduor, a writer and poet who publishes his work online, agrees.

“We need to find cost-efficient ways of producing the books at a reduced cost to make them affordable,” he says. “Otherwise our local authors will only be bought by the elite.”