Skip to main content
The story you are reading was published on Tuesday December 1, 2015. To read more recent stories click here. 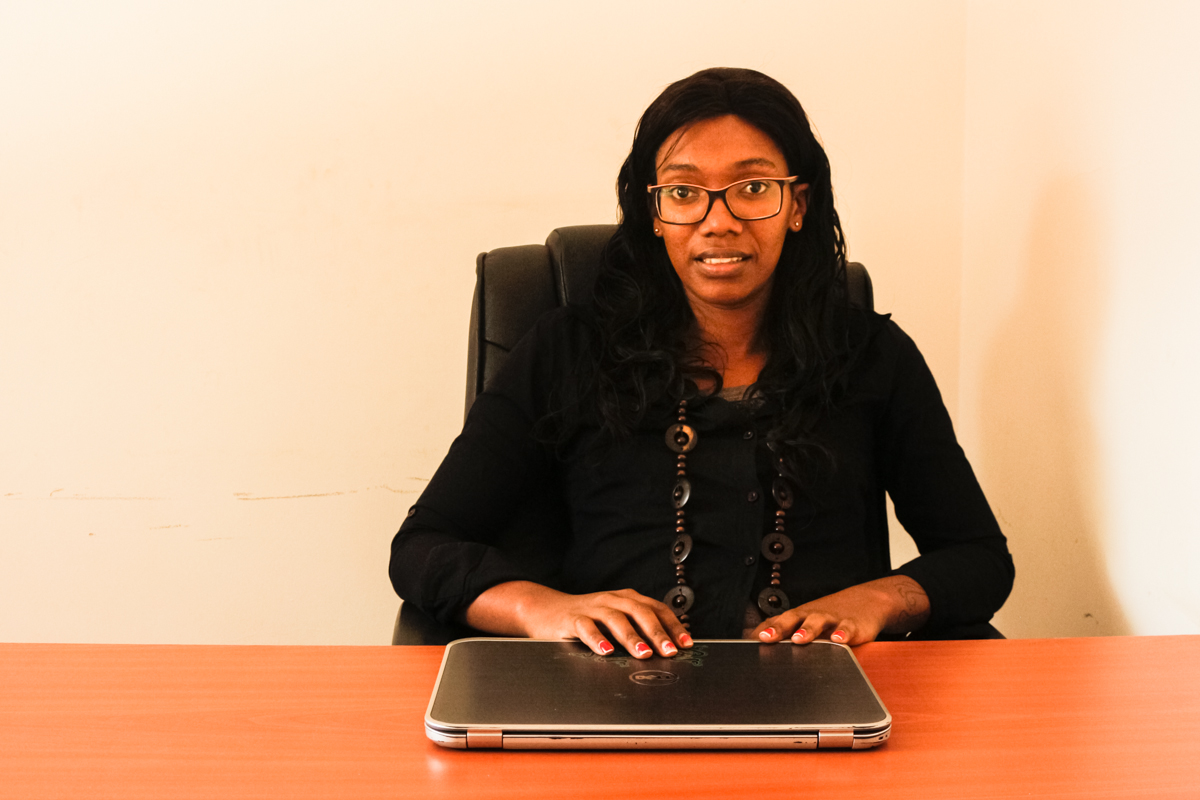 NAIROBI, KENYA — Audrey Mbugua is a citizen in limbo.

The transgender woman cannot vote and cannot run for election. She is frequently stopped by immigration officials at airports for lengthy questioning because the gender noted on her documents doesn’t match the one she has chosen.

Mbugua was born male but since 2008 has identified as female. She has gone through a lengthy legal process to change her name, but her identity documents don’t reflect her gender. She has yet to be issued a new national identity card.

Now, as founder and programs manager of Transgender Education and Advocacy, Mbugua became an interested party to a legal case filed to establish a category to accommodate people who don’t identity as either male or female.

In August, Solomon Gichira, an LGBT rights activist and acting secretary general for Pembizo Christian Council, filed the petition asking Kenya’s High Court to require the government to create a category and legal mechanisms necessary to establish quotas for people who do not identify as male or female.

Gichira is also seeking the inclusion of that group of people in Kenya’s two-thirds rule, which prohibits people of a single gender from occupying more than two-thirds of public service jobs.

The next hearing in the case is scheduled for Dec. 4.

Worldwide, at least seven countries recognize a third gender and most of them are in Asia, according to Human Rights Watch.

Legal experts say they’re hesitant to comment on the case’s chances of success, but if it is successful, Kenya would be among just a handful of countries that recognize a third gender.

Some Kenyans say the government should not change its laws to accommodate people who have made what Charles Kanjama, vice chairman of the Kenya Christian Professionals Forum and an advocate of the High Court, calls a “lifestyle” choice.

“We have facilities and services that are meant for either of the two genders including lavatories and schools for boys and girls. The fact that a citizen must either use facilities for men or for women does not amount to discrimination,” Kanjama says.

There are no confirmed statistics on the number of Kenyans who are transgender, intersex or gender non-conforming. Child Rights International Network conservatively estimates that there are 20,000 intersex people in Kenya. Mbugua’s transgender organization reaches about 60 transgender people.

Mbugua and other advocates of an additional option for people who don’t identify as male or female say their cause is separate from that of gay and lesbian people. But efforts from those and other groups are all being pursued in a country where gay and lesbian people, and others, face serious risks. Homosexual acts are criminal offenses in Kenya.

Worldwide, at least seven countries recognise a third gender and most of them are in Asia, according to Human Rights Watch. Nepal’s census and passports have a third-gender category. In 2014 India’s Supreme Court ruled that people could identify as a third gender.

Mbugua, 32, says the petition is important to her because, even after transitioning to female, she feels a designation other than male or female is appropriate for her.

Mbugua won a historic court case in October 2014 when the Kenya National Examinations Council was ordered to change the name on her examination certificate from Andrew to Audrey. She also won a battle to have her organisation, Transgender Education and Advocacy, registered by the NGO board in July 2014. The board had initially declined to register the organisation because the names she and members of the organisation submitted did not reflect the names on their ID cards.

Despite these successes, Mbugua says getting proper identity documents for transgender people is next to impossible. She says she applied for a new national identity card, with her new name, in 2013, but she has yet to receive one.

But I do not identify as female. They called me Francisca, but I call myself Francis. Kwamboka Kibagendi, 25, was born intersex, and his parents chose the female gender for him.

Gichira says filing the case is one of his organisation’s new strategies to fight for rights for lesbian, gay, bisexual, transgender and other people in Kenya.

“As an LGBTI rights group, Pembizo realised that certain actions such as pride marches are less effective and lead to backlash,” Gichira says.

But change is needed to ensure the rights of people who don’t identify as either male or female, he says.

“The issue is identity,” he says. “When you are not able to identify who you are and there is no mechanism to assist you to do that, then I think your rights are being violated.”

Third-gendered people shouldn’t be grouped together with gays and lesbians, Mbugua says.

Mbugua says she supports rights for gays and lesbians, but says she believes that group’s issues are separate from those of transgender and intersex people.

Gichira suggests the term “other” for people who don’t identify as male or female.

John Chigiti, a human rights lawyer who handles intersex cases, says legal recognition of people who don’t identify as male or female would be a gain for the community.

“If we are talking about democracy, then democracy cannot be complete without inclusion,” he says. “The voice of the intersex has to be heard and they have to enjoy public participation. If they cannot participate in political issues in terms of when to vote and when to be voted for, then clearly they have been excluded from democracy.”

The inclusion of another option, other than male or female, won’t cost the government anything, Chigiti adds.

“They just need to print a few papers and add the slots to accommodate these groups,” he says.

Chigiti won a landmark case last year when he represented the mother of an intersex baby born in 2009. Hospital workers put a question mark in the gender slot in paperwork.

Chigiti sought to have the baby issued a birth certificate without being assigned a gender, among other things. The court ruled that the baby should be registered, a process that was not shown to be initiated before the court case, but passed the responsibility of making new laws on registration of intersex children to Parliament.

No law on intersex people has been initiated. But Chigiti has seen changes in attitudes among lawmakers towards intersex people, he says citing the passing of the Persons Deprived of Liberty Bill 2014 which provides guidelines on how intersex people arrested by the police should be handled. This includes being separated from other prisoners and choosing the gender of officers that should search them.

But access to proper identification is still a challenge for intersex people.

“There is a lack of legal structure that accommodates them and lack of recognition. They are still being exposed to corrective surgeries, what I call intersex genital mutilation. This violates the right to bodily integrity,” he says, referring to when parents ask doctors to perform a surgery to assign a gender to an intersex infant.

Kwamboka Kibagendi, 25, said he was born intersex, and his parents chose the female gender for him.

“But I do not identify as female,” he says. “They called me Francisca, but I call myself Francis.”

Now, he says he can’t even access a National Health Insurance Fund card because it would require him to legally change his name to Francis – a process he says would be arduous.

“I have not gone through the formal process of changing my name because I feel that it is not my documents that need to change, but the society,” he says.

Editor’s note: This story was updated to clarify the information on Mgugua’s identity card, and that the effort to include a gender option for people who do not identify as male or female is separate from those of LGBT groups to decriminalize homosexual acts in Kenya.