MEXICO CITY, MEXICO — After she set out to interview and photograph girls in her community, my colleague Marissa Revilla says one girl’s comment stuck in her mind.

“‘What I don’t like about being a girl is that people don’t listen to me. And I think we girls have the right to say what comes to our minds,'” Marissa recalls the girl saying.

Last week, my colleagues around the world took to the streets in 10 countries to give girls the chance to talk about the best and worst aspects of being a girl. The idea of interviewing and taking portraits of girls in Mexico City was exciting for me. I love to interview young people: The ingenuity and frankness of their perspectives is always enlightening.

But the task didn’t come without its challenges. I knew it would not be easy to obtain parents’ permission to take photos. Mexico can be a dangerous places for girls. According to government figures, 488 girls were murdered in the country between January 2015 and December 2017. Save the Children Mexico recently interviewed 3100 children and adolescents throughout the country, 44 percent of whom said they worried about being kidnapped.

But, after several attempts, I managed to interview and photograph four girls, after showing their parents my work on Global Press Journal and my press credential.

And thank goodness I was able to get their permission, because the insight from these girls was mind-blowing. My colleagues around the world told me they had similar experiences. 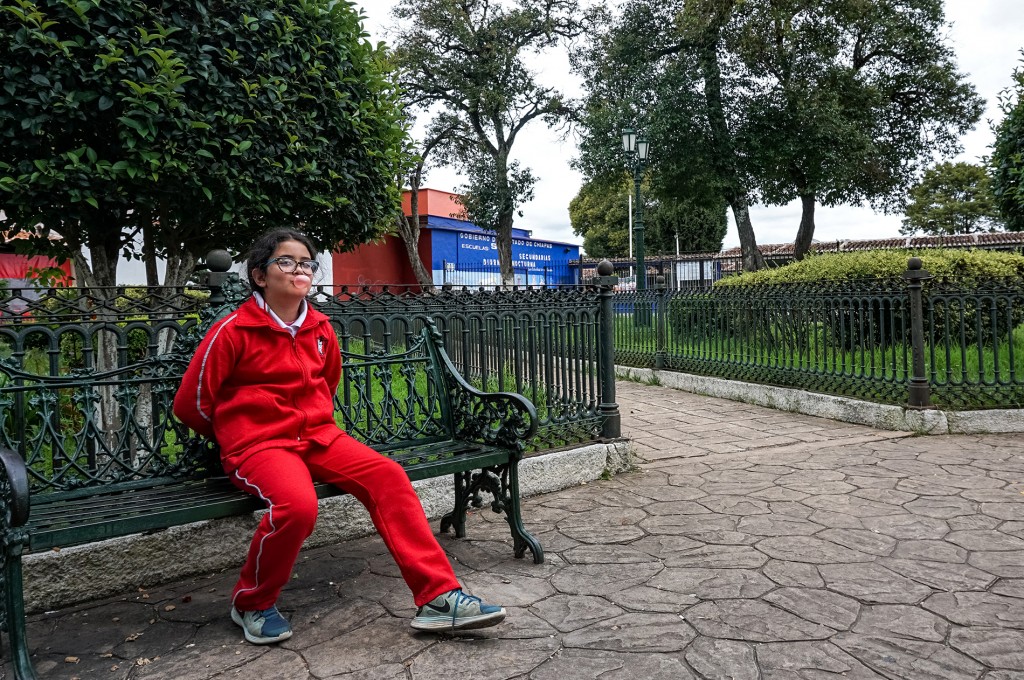 Amandla Salmerón, 9, San Cristóbal de las Casas, Mexico: “I like being a girl because I can play, and my body is agile. The most difficult thing about being a girl is that I can’t eat a lot of ice cream or a lot of pizza, because my mom scolds me to nourish myself better. I think boys and girls have the same rights, but we are different.” 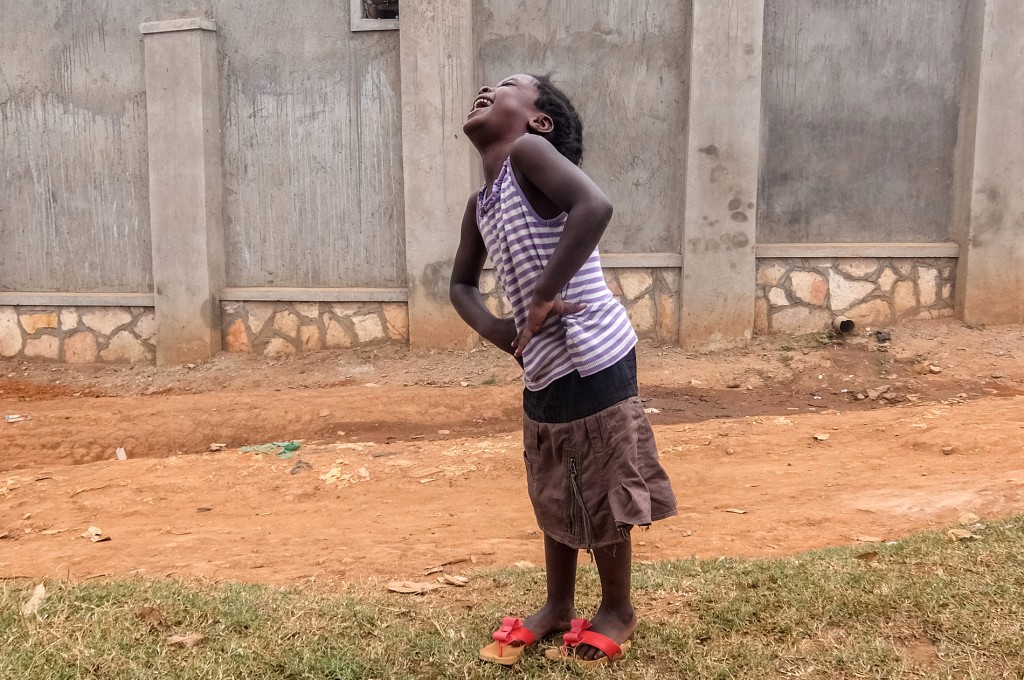 Sympathy Kirabo, 5, Namungoona, Uganda: “I like being a girl because my mother buys me brightly colored shoes. The hardest thing about being a girl is staying home with the maid.” 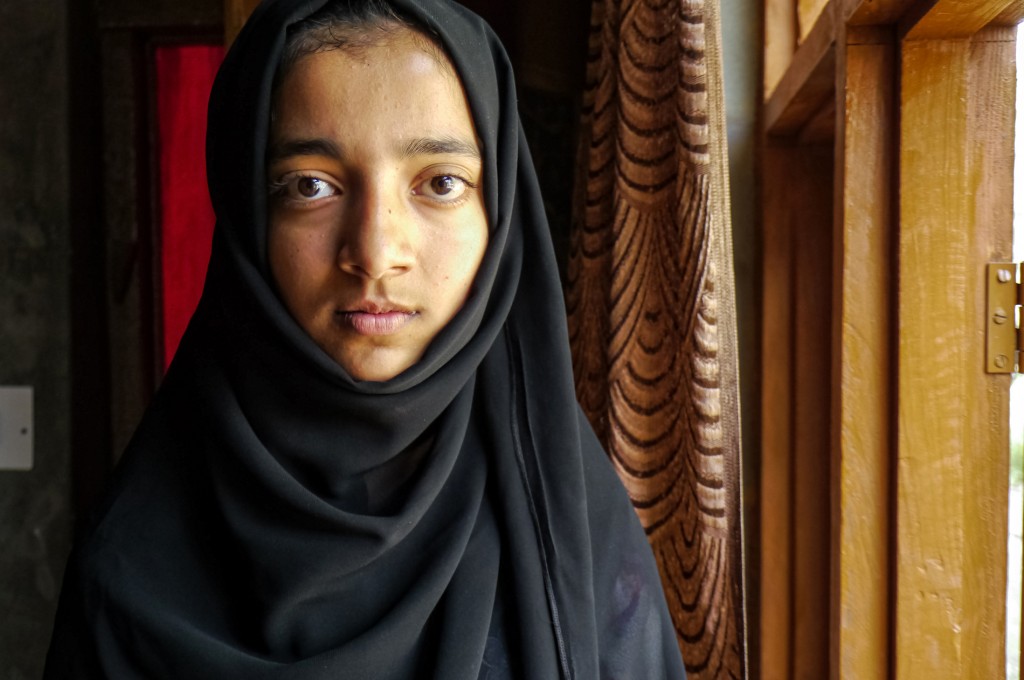 Tasleema Bano, 12, Srinagar, Indian-administered Kashmir: “I really like being a girl because most of my neighbors who have daughters study and are working. So, I really look up to them. The hardest thing about being a girl here is that you are always reminded that you can’t speak loudly because you are a girl.” 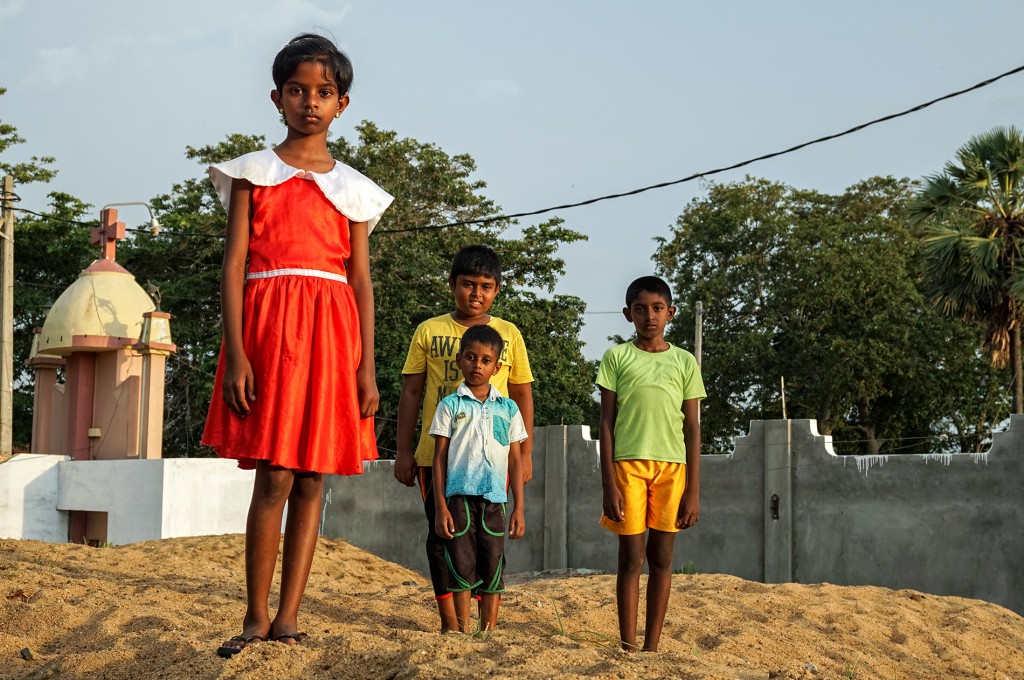 Kiruthika Santhiyohu, 9, Mannar, Sri Lanka: “I’m happy to be a girl. I have two younger brothers at home, and I’m the only girl, so I’m happy. There is no difficulty being a girl.” 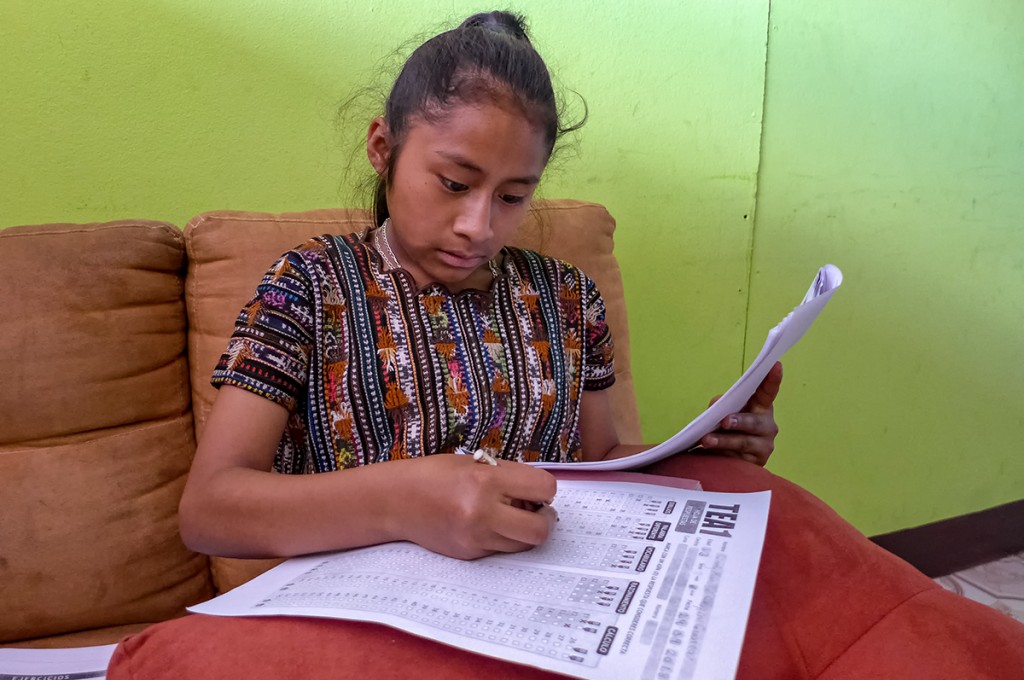 Glendy Chopén, 12, Tablón, Guatemala: “I really like being a girl here because I like to play with my friends and study at school in order to accomplish my dreams and goals. For me, it’s really difficult when my friends call me names and when we have problems at home.” 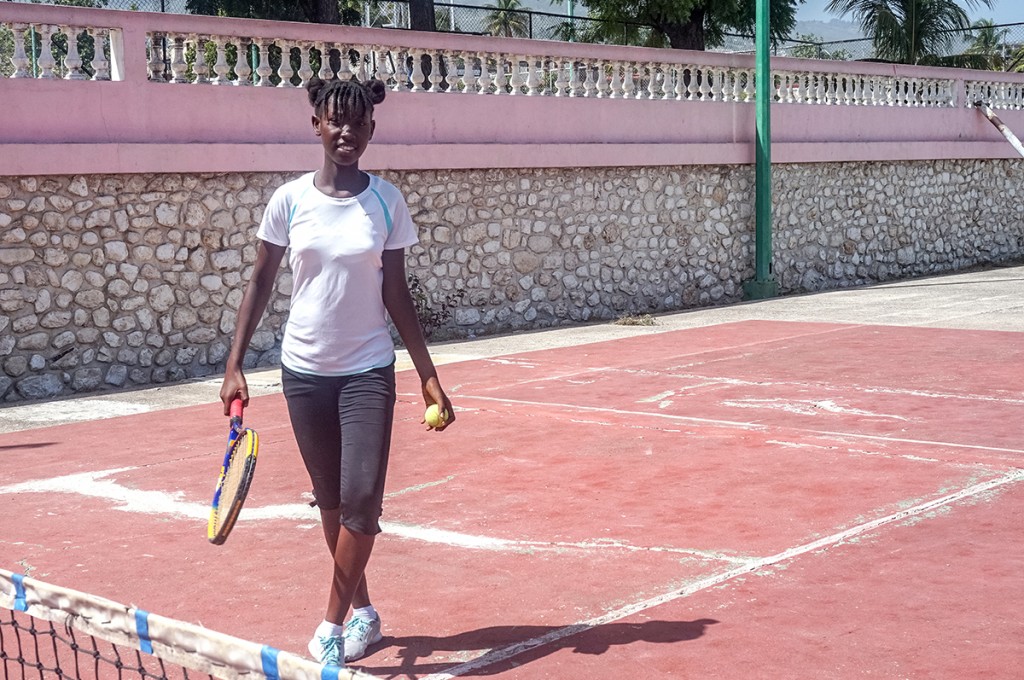 Briana Douarin, 15, Mariani, Haiti: “I love being a girl from Mariani because almost everyone knows me, and people often talk about me. I feel important as a girl. The hardest about being a girl is that you can be a clever and capable girl and be better at some things than boys, but still have difficulty gaining acceptance from community members.” 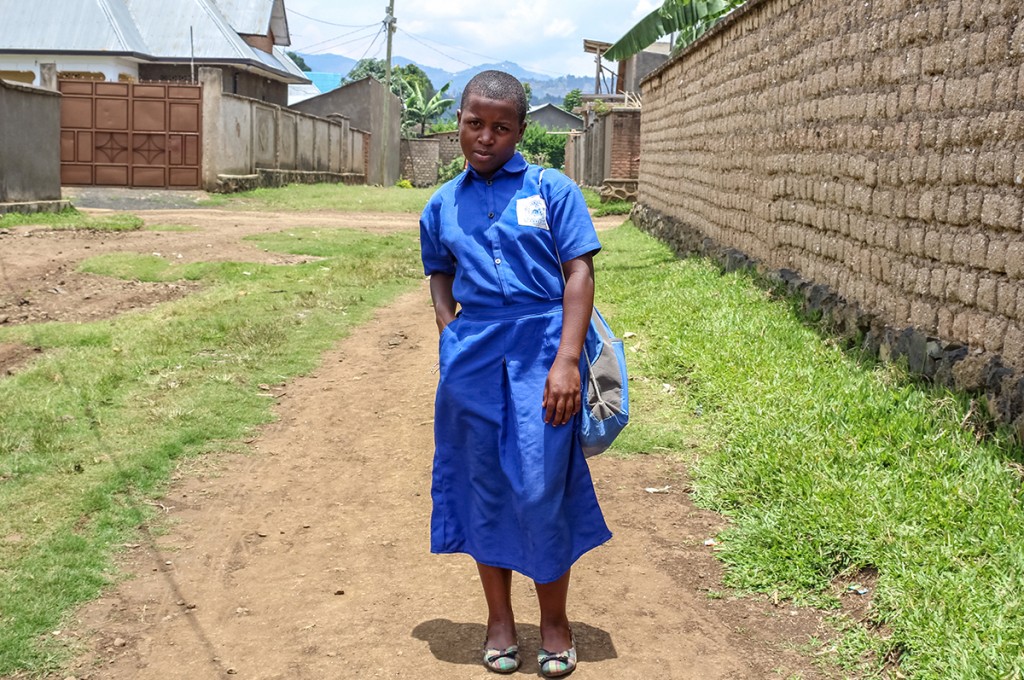 Zurufathi Niyonkuru, 13, Nyundo, Rwanda: “I love being a girl from Nyundo because, at the end of primary school when national examination results are released, girls are sent to excellent schools where there are far fewer girls than boys. They send us there to increase the number of educated girls. Then, the best-performing girl is rewarded by the First Lady. The thing I hate most about being a girl is that I’m always told to do chores alone after school, when my brother is playing.” 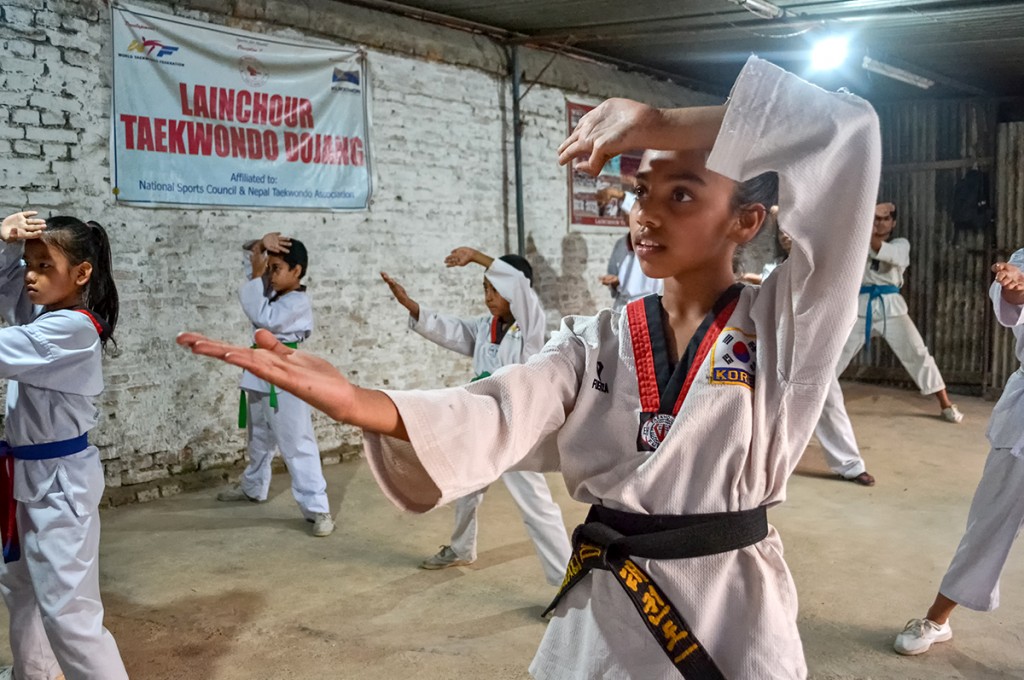 Deeya Rajak, 12, Kathmandu, Nepal: “I like being a girl here because I can take taekwondo classes. I like this sport. When I win medals, my family and friends are happy. I don’t think there is anything hard about being a girl.” 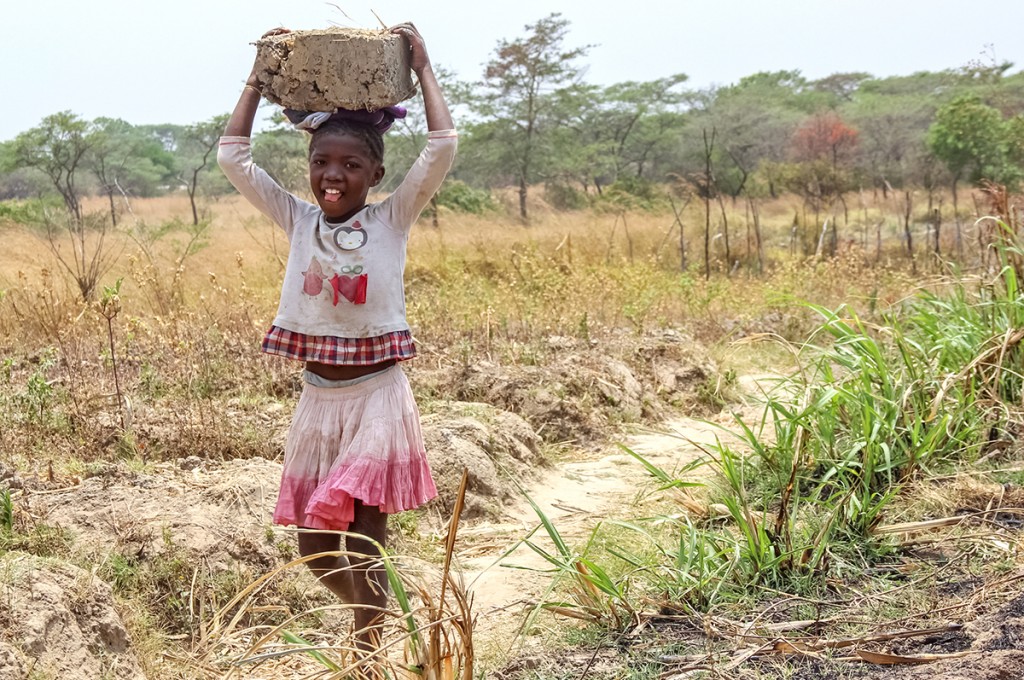 Esnart Lukuka, 7, Lusaka, Zambia: “In anything that has to do with education, whether sponsorship or just books, girls are considered first. The hardest thing about being a girl is to be the one to do the house chores always.” 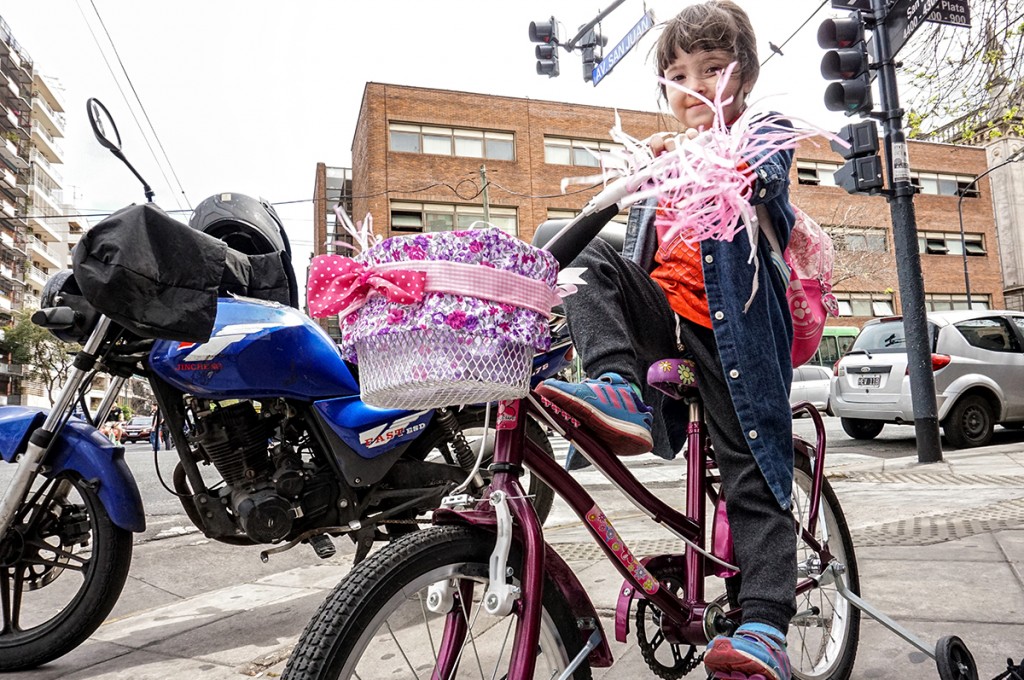 Martina Roggero, 4, Buenos Aires, Argentina: “What I like the most about being a girl is jumping, running, bouncing, parading and taking photos. There’s nothing I don’t like.”

The girls we interviewed wanted, above all things, more freedom. Freedom to choose their clothes and hairstyles. They wanted the freedom to play sports and express themselves. These are all freedoms that many of my colleagues didn’t enjoy as girls, so the interviews made many of us hopeful that in the years since our own adolescence, the world had made progress.

“Girls can now ask questions, express themselves, decide on their clothes and hair,” says Patricia Lindrio of GPJ Uganda. “I could not do it when I was a child.”

Sports was a consistent global theme for the girls we met last week. I was struck by the fact that just six years ago, during the 2012 Olympics in London, was the first time in history that women competed in all the disciplines of the Olympic Games.

When Shilu Manandhar, of GPJ Nepal, interviewed a girl taking martial arts classes, she was happy to see that the girl had full support.

“Her family and friends are happy and proud of her for the lot of awards that she got,” Shilu says of the girl.

When I was talking to my colleagues last week about their experiences with girls, we agreed that one aspect of our reporting was the most surprising and the most encouraging: The girls we interviewed were all happy.

They celebrated their families and their hair bows. Their love of pizza and their dislike of homework. They reminded me that girls are many things, but the girls we featured last week fight against adversity, set goals and believe that they are infinitely capable – much like my colleagues who interviewed them.