Skip to main content
The story you are reading was published on Thursday July 13, 2017. To read more recent stories click here. 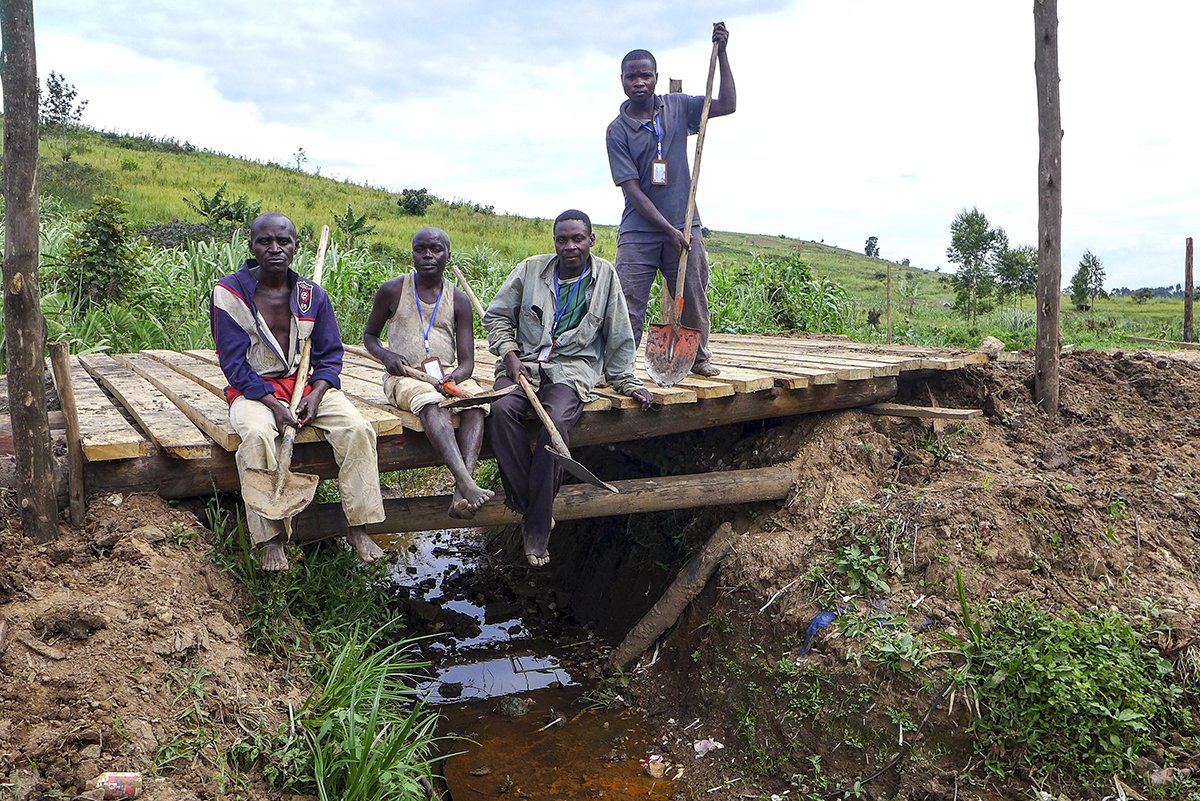 KIRUMBA, DEMOCRATIC REPUBLIC OF CONGO — The young men are at work, some with spades, others with shovels, shoring up wooden bridges over Kavumba River canals flowing between Mulemberi and Kavumba hills. Each worker wears a badge hanging on a lanyard from his neck, stating “Public Works and Infrastructure.”

On the other side of town, a group rebuilds a road in Kisimba leading to Kamandi.

This construction serves multiple purposes: Youthful energy is channeled into community works, laborers receive food and other donations and farmers can more easily get their produce to markets.

People in the South Lubero territory, a rural area above DRC’s North Kivu capital of Goma, depend on agriculture for their livelihoods, but the condition of the roads and bridges makes transporting produce from farm-gate to the market difficult.

Encouraging the youths’ work solves another even more serious problem. That problem is youth unemployment, which has prompted some to turn to drugs, theft and other crimes, or to join armed groups, thus perpetuating violence that threatens those who live in the area. 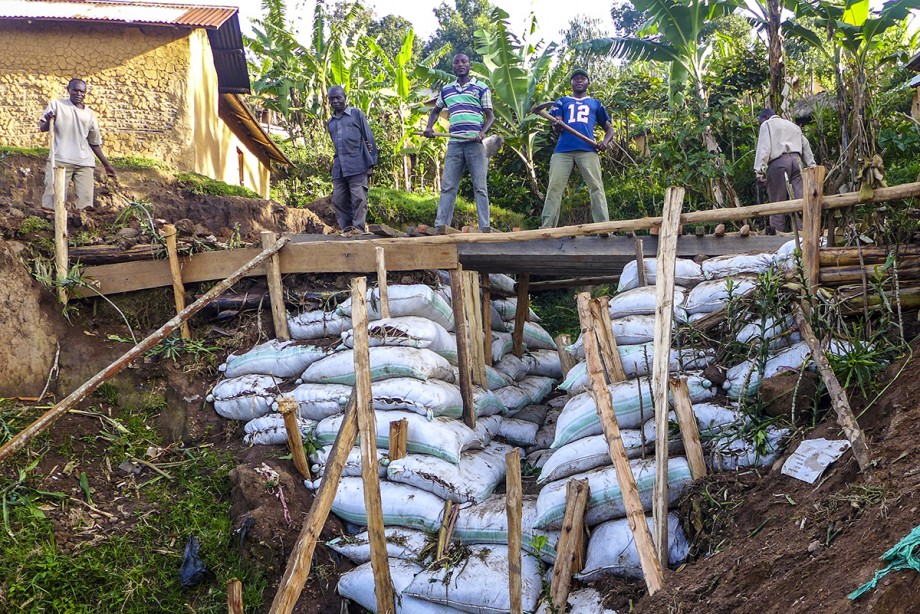 Young men construct a bridge of planks and mud bags to link the Kyalungero and the Makasi neighborhoods of Kirumba in the Democratic Republic of Congo.

In response to these issues, Kambale Kafiyo, 60, a Protestant missionary and development activist who has mentored nearly 300 youths since 2014, created an association called Umoja Ni Nguvu, which translates to Unity Is Strength. The group calls on the community to support young people’s work on road construction.

“When I visit prisons to preach God’s message to those incarcerated there, I realize that the inmates include young people jailed for robbery and rape, and my aim is to help them turn their back on crime, showing them how to use their personal strengths to make a living,” Kafiyo says.

Community members reward the youths’ work by contributing whatever they can afford — sweet potatoes, cassava and beans. When a moto taxi driver travels on a road under construction, he pays 200 Congolese francs (about 10 cents), while a gasoline seller contributes a half liter (0.13 gallons). Some traders donate hoes and spades.

An average group of six men may together earn $8 to $10 a day, Kafiyo says. However, a group could earn up to $30 on market days, he adds.

“If they were paid end of the month, each of them would earn nearly $40,” he says.

Masika Matumo, a farmer, says the community appreciates the work.

“What we, the farmers, have realized is that these roads are a vital part of our lives, because they contribute to easing the transportation of the produce from our farms,” she says. Their road construction works are something for which I’ve a deep appreciation.”

“Some of [the young men] used to indulge in theft, smoking and banditry, and the initiative helped them break bad habits for good,” Kivyamunda says. “As a result, theft cases are on a noteworthy decline. 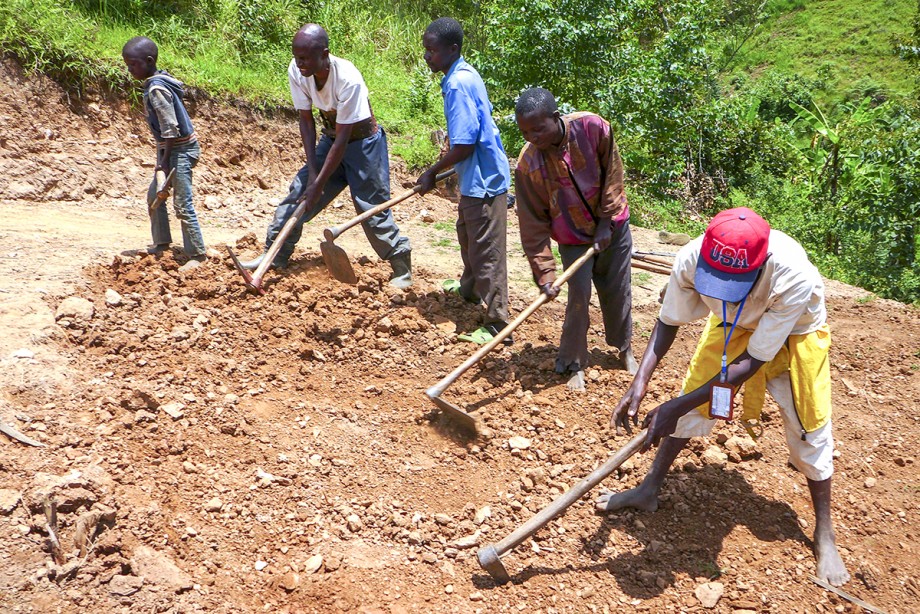 Young men work on a road in Kisimba that connects with Kamandi in the Democratic Republic of Congo.

Muhindo Kahundu says he participates in the road construction works to help his village, but adds that cash and in-kind contributions from community members enable him to eat.

“I see the small amount of road tolls that farmers volunteer to pay at roadblocks during construction works as my way out of excruciating claws of unemployment,” he says.

Activist Kafiyo calls upon the government to recognize the crucial importance of the works the young people are carrying out and provide them with material support for the construction of durable roads.

“We want to be given the right to exploit stone quarries to earn some money, and build homes,” he says.

Lambert Saasita, president of the local Kirumba development committee, says he appreciates the youths’ efforts and urged that they keep working, because it isn’t possible to rely on outside help for community development.

“God helps those who help themselves,” he says. “Development cannot be durable unless it is the fruit of primary beneficiaries’ toil.”