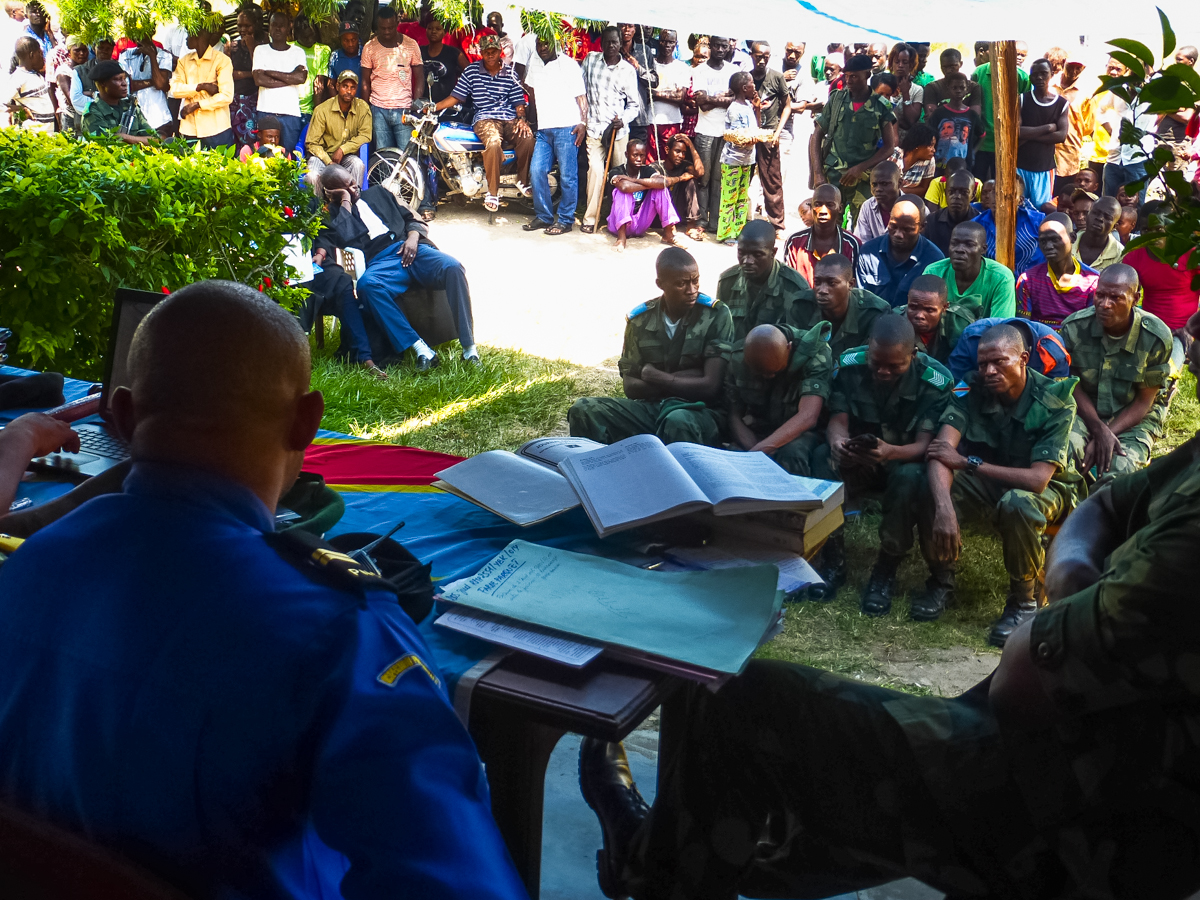 An inconsistent judicial and police presence, along with the rebel groups that take advantage of the instability, make it difficult for the targets of criminal activity to find justice.

Everything from petty theft to crimes against humanity often go unpunished here, says Jules Rhuhunemungu Nyamushebwa, programs manager at Avocats Sans Frontières, known as ASF, an organization working alongside local lawyers in the Democratic Republic of Congo since 2002 to strengthen the local judicial system.

Nyamushebwa says the ultimate goal of ASF is to support vulnerable people by enabling everyone to have greater access to justice.

“In doing this, ASF contributes to lasting peace,” he says.

Nyamushebwa sat down with Global Press Journal reporters to discuss ASF’s current challenges in the region’s most conflict-affected areas. Below are excerpts from that interview.
How does ASF aim to serve the population of North Kivu?

ASF’s overarching mission here in DRC is to fight for access to justice for the poorest people, support justice to ensure access thereto for all and address the needs of vulnerable people who also have the right to justice.

What makes ASF different from other lawyers in the area?

ASF is an international organization based in Brussels. It was created by lawyers with a mandate to help lawyers support the victims in conflict-prone places around the world. In DRC, ASF works closely with local lawyers and the bar association of each province.

How does ASF approach the conflict here?

We see the conflict as a more sociological concept. ASF does not maintain a keen focus on conflicts, but rather on legal issues. Where legal issues are not resolved, it may itself breed a conflict.

For example, lack of fair justice directly results in a conflict. When there is discrimination in access to justice, it may be a source of conflict. And when laws are voted on but are not implemented for the beneficiary population, conflicts may arise. These are the reason that ASF has always endeavored to ensure there are fair and just laws.

ASF travels throughout the region working with our partners, namely the local bar associations. We offer free legal advice and direct guidance to communities who have not had access to advice from lawyers in the past.

What are the most common legal issues you encounter?

There are several legal issues that are most common. We have noted that people are often unaware of their rights and so it is difficult for them to claim them. There are some places in North Kivu where problems or conflicts go unresolved without recourse to justice. In these cases we work to make amicable settlements, which is difficult because often there are no texts to serve as a basis for determining how much compensation is payable for damages suffered.

ASF is trying to expand the program to even those living in the most remote areas. To do this, we are working with civil society organizations that are more aware than anyone else of the problems facing people there. For example, we are currently working with people living in forest communities. We invest in organizations by training them to protect themselves against the logging companies so that they may, in turn, sensitize the people on their rights.

Can you give us an example of a time when justice was achieved thanks to ASF?

We have many testimonies from North Kivu, South Kivu and Ituri district, where we collaborated with ASF partners to create mobile court hearings in these areas. There are many people who have had their rights restored through these courts.

The Congolese justice system does not have enough means to travel to areas where conflict-related offenses, like rape or robbery, were committed. But ASF assisted in this process by paying travel costs for judges, lawyers, civil society partners and even providing support to the victims living in those areas.

Overall, we have improved the status of judges, established local-level courts and assisted in the adoption of measures to combat sexual violence.

What is the impact of your actions on the access to justice for the beneficiaries?

It is not my place to measure the degree of satisfaction but in view of the above, all I would say is that the impact is positive.

What are the ongoing challenges you face in the region?

There are, of course, many challenges.

We are confronted with limited means because we do not have enough funding required to better respond to the many problems. The people are still finding it hard to access the justice system, let alone place their trust in it.

Injustice still persists in DRC, which requires strengthening the justice system partners in order for ASF to be able to properly deliver on its mission. Mainly, insecurity generally remains our biggest problem in DRC such that it is difficult to reach out to the most remote areas.