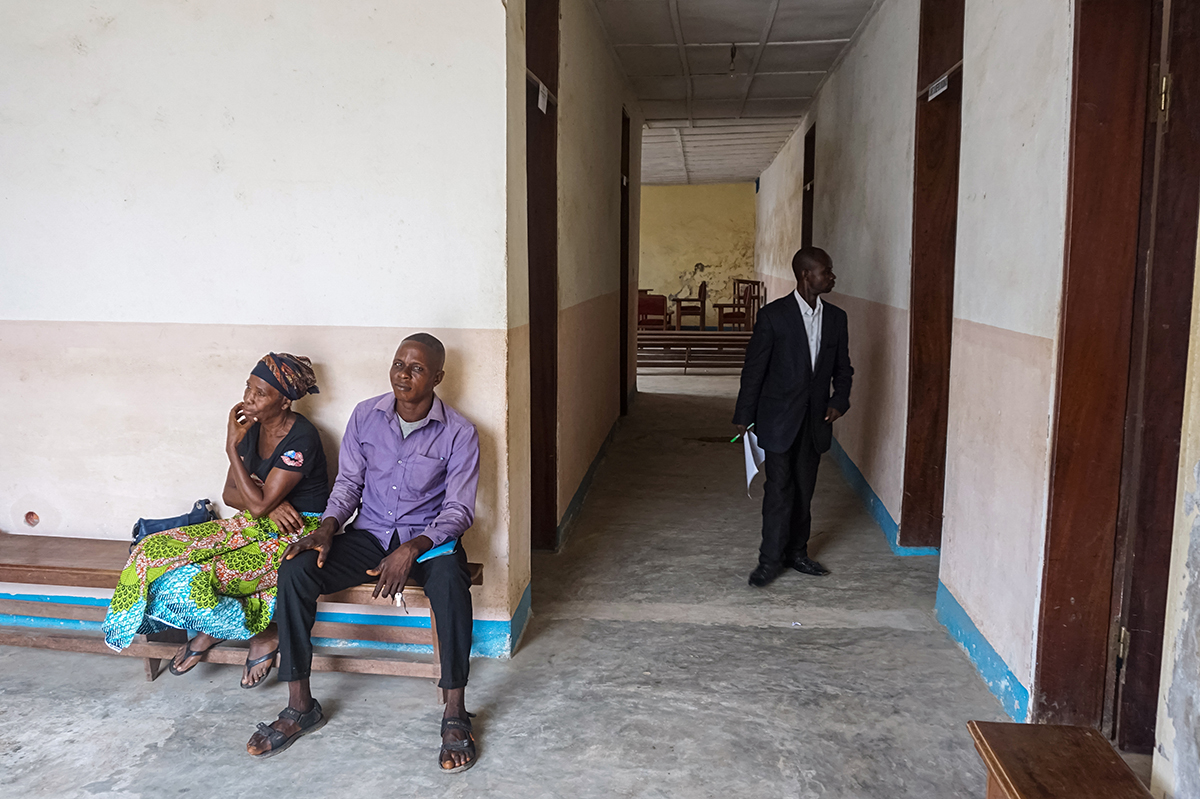 He’s been there for three months, Bangala says, after being accused of stealing his neighbor’s television. The family wanted to hire a lawyer to help get him out of prison, he says, but the fees were too high.

Visiting his son in prison brings him to tears.

“When I look at the poor conditions of the place where he spends the night, I find it unbearable,” he says.

In Kisangani, one of DRC’s largest cities, there’s no rehabilitation center for minors who are charged with crimes. They are housed with adult offenders at the Kisangani Central Prison while they await their day in court.

Court documents obtained by Global Press Journal show that 10 minors are currently housed in that prison awaiting trial. Another 25 are serving out sentences there.

Bangala says that’s not right. He thinks children should stay with their parents or guardians if there’s no proper facility to house them, especially pre-trial. 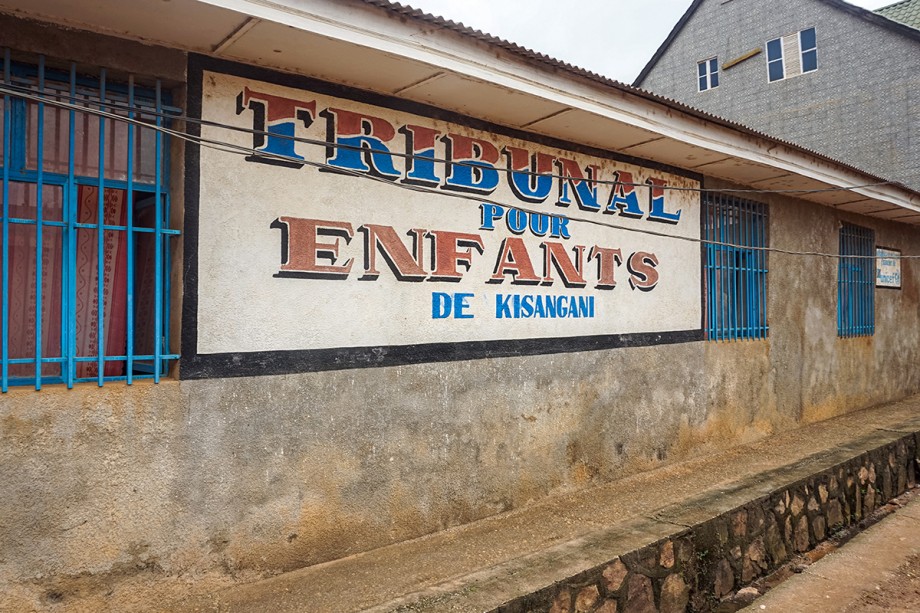 Kisangani, one of DRC’s largest cities, established a juvenile court in 2013. But the court’s only judge says it’s barely functional and that the government often struggles to pay his salary.

Kisangani’s juvenile court was established by a presidential order in 2013, but it’s barely functional today. Fidèle Muya, the president of the court, says running the facility is a constant struggle. The building does not have air conditioning, adequate ventilation or proper seating. Muya is the court’s only judge, assisted by one registrar. He says the government often struggles to pay their salaries.

Muya doesn’t want children to be kept with adults in the main prison, which he says lacks basic sanitation and adequate food. He says underage detainees need effective support and appropriate social assistance. But with nowhere else to send them, he says he has no choice.

A juvenile detention center, built more than 100 years ago, still stands on the other side of the Congo River from Kisangani, Muya says, but it has been abandoned since 2000. Muya says he’s asked the government repeatedly to renovate the center, but he’s never received a response.

In 2018, GPJ reported that the Kisangani Central Prison was severely overcrowded – 1,500 people being held in a facility intended for 600. Disease spreads quickly in such close quarters – 70% of the prison population was diagnosed with tuberculosis in 2017.

Arnaud Simba, 17, another minor detained in the prison while awaiting trial for theft, says he’s been there five months. The court has yet to try him because his family can’t afford legal assistance.

Patient Yuma, a lawyer at the Kisangani Bar, says that’s a common problem for children who are charged with crimes.

Simba says he’d rather die than keep living in the prison. He says the adults there beat him and he’s forced to do hard labor. “There’s very little food,” he says.

“I’ve suffered a great deal since my detention. With no attorney, I’ll keep living in such poor conditions, and I risk losing my life here,” he says.

Mamie Moseka Alimasi, a 43-year-old mother of six and a trader at Kisangani’s central market, says her 15-year-old daughter was tried and convicted in the juvenile court on assault and drug charges. Now she’s serving a sentence of 15 months alongside adult women.

“An underage girl can’t spend the night in the same facility with adult prisoners. It’s dangerous for her,” Moseka says.

Moseka’s daughter, who did not want to be named, admits to the offenses she committed.

“I know I’ve committed a crime,” she says. “But I don’t deserve to be in this place.”