Skip to main content
The story you are reading was published on Wednesday July 27, 2016. To read more recent stories click here. 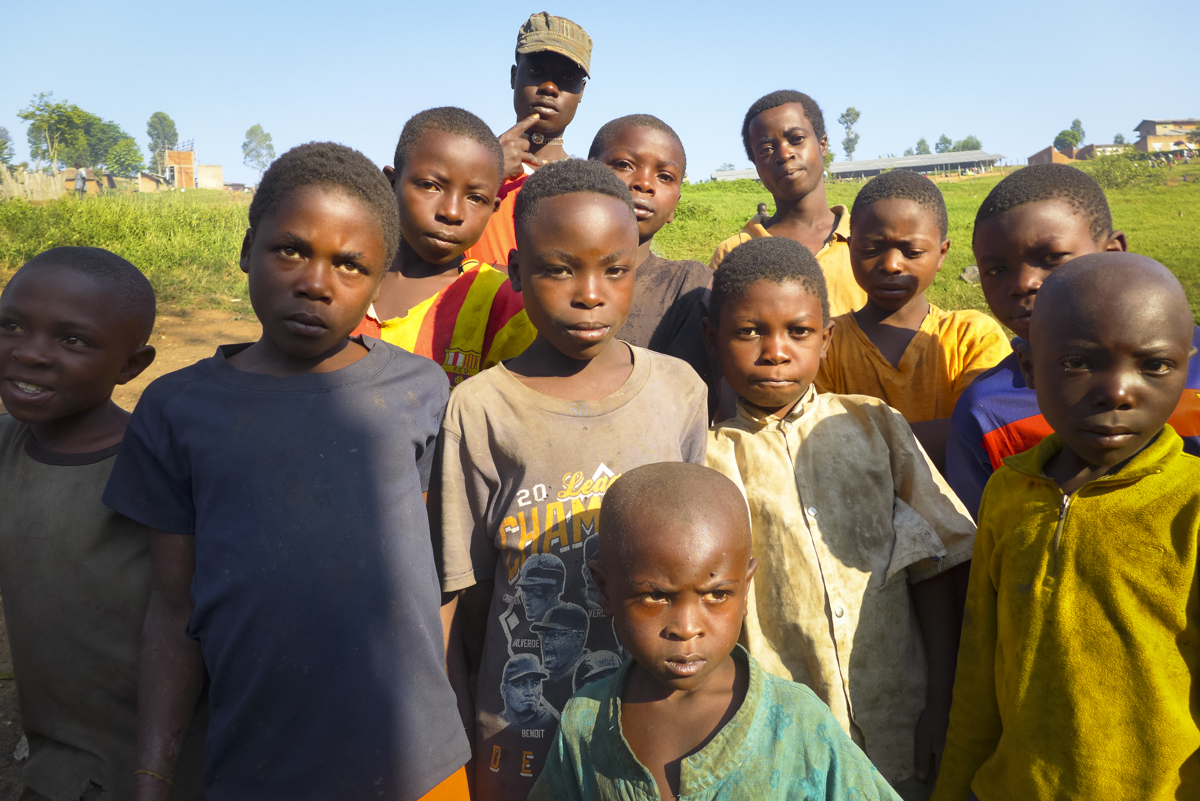 KIRUMBA, DEMOCRATIC REPUBLIC OF CONGO — Josephine Fatuma, 34, stares blankly into space. Her face is sad. Her kitenge is discolored. Her son is still missing.

As she sits by the small table where she sells tomatoes, bananas and pineapples, her thoughts are in a different world. When a customer approaches her, she jumps as if awakened from a terrible dream.

“We were in the field when we heard people shouting. The screams seemed to come from everywhere. We immediately knew that we were being attacked by rebels,” Fatuma says. “Each one of us ran as fast as he could, trying to get away from the village.”

After two days of hiding in the bush, those who escaped the rebels’ machetes went back to the village.

“I would not wish any human being to see what we saw when we returned to the village,” she says. “Our huts were burned down. Children killed by machetes lay on the ground. The old people were burned inside their huts because they could not walk. It was horrible.”

Fatuma says she immediately began searching for her 15-year-old son.

“On the day of the massacre, my son was in school. On my return, I looked for him, but to no avail,” Fatuma says. “His friends said that he had run away with the others.”

INSIDE THE STORY: GPJ’s Merveille Kavira Luneghe discovered that it’s heartbreakingly easy to find parents who don’t know where their children are, and children who are looking for their parents. Read the blog.

People trickled back into the village, and still Fatuma waited.

“Two weeks went by while I waited for the return of my son, but he never reappeared,” she says.

Life in the village was difficult as everyone went about the business of burying their dead. Rumors of the Mai Mai’s return circulated, so people began to flee, Fatuma says, one by one.

“I also decided to flee, because a month had just passed without finding my son. So, I took a bus to here, to Kirumba,” she says.

Every day, she hopes to see her son in the street.

She tunes in to every radio broadcast to hear announcements, frequently aired, about children who are searching for their parents.

“I often listen to the radio, with the hope of one day finding my son,” she says.

Fatuma’s husband was killed in an attack years earlier.

But for her son, rumors keep her hopes alive.

“I hear that the people who took flight with him went in the direction of Lubero,” she says.

But Fatuma says she’s never had a phone.

“If at least I had a phone, my son would know my number and he would call me,” she says.

The radio is her only hope of finding him.

Fatuma is not alone. Thousands of parents and children have been separated in the chaos here.

Armed conflicts are on the rise in the Lubero territory and throughout the North Kivu province. But conflict is nothing new. Since 1996, people here have suffered consistent violence, which often results in loss or separation of children.

Experts say children bear the brunt of the conflicts. Thousands of them have been recruited into armed groups, and many others have been sexually assaulted, kidnapped or separated from their families.

The total number of children separated from their families is unknown, but a 2015 UNICEF appeal suggested the goal of identifying 1,000 children in the region and reuniting them with their families.

That’s just one effort being made to address the growing number of children who are separated from their families or to research their plight.

There was a war in our village. My parents were in the field. I took flight and I met an old man who was also running away. I was so separated from my family that I was obliged to follow this old man up to here, Kirumba.Anita Kahindo, 9, who is separated from her parents

In a pilot program that ran in North Kivu from July to August 2014, researchers found that more than 8 percent of all children in the homes surveyed were separated from their own parents, and had come to live in those homes since rebel attacks. The study was conducted by researchers from Save the Children, Columbia University and Johns Hopkins University and was funded by USAID.

Corneille Kambere, ACOPE’s head of protection in emergency and response for children, says numerous disasters, land disputes and armed conflicts have had dramatic consequences for children.

A trained psychologist, Kambere says more than 1,500 unaccompanied and separated children have been reunited with their families or placed with another family.

While the children wait to be reunited with their parents, ACOPE offers skills training in carpentry and sewing to help them earn money for food, he says.

Families regularly check in with ACOPE in hopes of finding their children, Kambere says.

For some parents, the search for missing children means physically combing the countryside.

Paluku Kalala traveled to Kirumba from Bunyatenge, a village 30 kilometers (18.6 miles) to the northwest, in hopes of finding his daughter, who was separated from the family earlier this year.

“We were separated while fleeing the ethnic war between the Hutu and Nande,” Kalala says. “I’ve just learned that my child could be in Beni, but I don’t precisely know where. I intend to go there now.”

We were in the field when we heard people shouting. The screams seemed to come from everywhere. We immediately knew that we were being attacked by rebels. Each one of us ran as fast as he could, trying to get away from the village. Josephine Fatuma, 34, whose son has been missing for four years

Kambere says the organization will continue to use radio, word of mouth and other emerging strategies to try to reconnect children with their families. But waves of violence in remote regions make the work never-ending and increasingly difficult.

Anita Kahindo, now 9, found her way to Kirumba in 2013. She came from Kimaka, a village about 7 kilometers (4.3 miles) away, toward Walikale territory.

“There was a war in our village. My parents were in the field. I took flight and I met an old man who was also running away,” she says. “I was so separated from my family that I was obliged to follow this old man up to here, Kirumba.”

Anita was brought before a locally organized committee for displaced persons. A local family offered to care for her while others helped search for her parents.

“I don’t have news from my parents,” she says, tears filling her eyes. “I think that they have been killed.”

Jonathan Kiveho’s story is the same.

Now 12, he fled his home village of Kanune, 25 kilometers (15.5 miles) west of Kirumba, in 2015 after the Democratic Forces for the Liberation of Rwanda (FDLR) attacked the village.

“We took flight after we were attacked by the FDLR in our village,” he says. “That’s when I was separated from my parents. I made a two-day journey on foot with the others up to here in Kirumba. I have never seen my parents up to now. I live in a host family which took me off the street.”

As Jonathan yearns for his parents, Fatuma yearns for her son. Time passes, but her nightmare only continues.

“My son is my whole life,” she says. “Only the hope of seeing him again keeps me holding on. The day I no longer have that hope, I’ll die.”