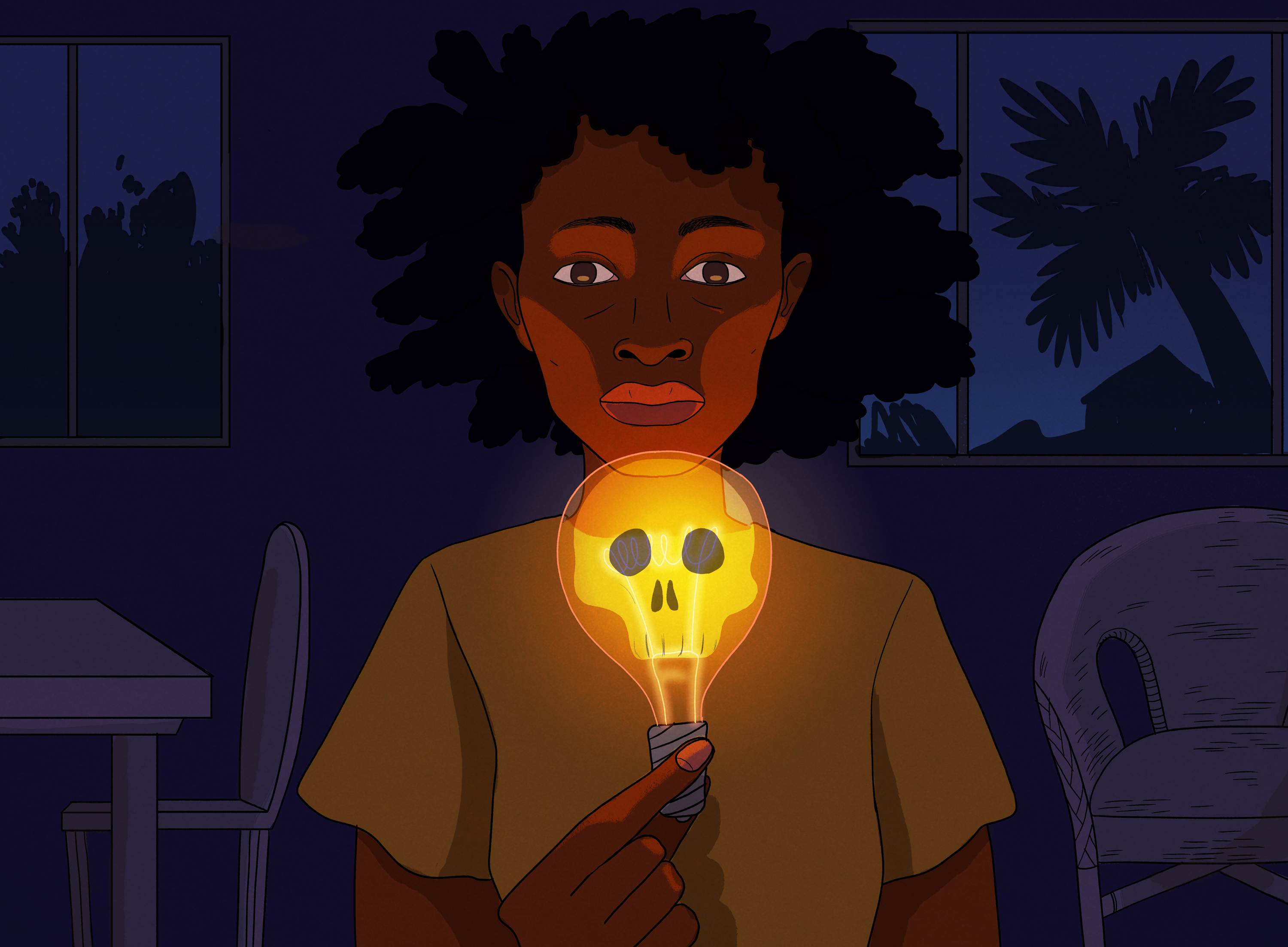 KISANGANI, DEMOCRATIC REPUBLIC OF CONGO — At 7 p.m., Stéphane Natho, 35, is on his hands and knees behind his neighbor’s house in the Kabondo neighborhood of Kisangani, DRC’s third largest city.

Covered in dirt, and seemingly unaware of the danger of handling a bare electrical wire, Natho digs and pulls. He is trying to connect power from his neighbor’s house to his own.

Nearby, other neighbors are digging trenches with hoes, trying to bury the cables they’ve used to illegally connect their homes to power.

“I have no choice but to connect electricity illegally,” Natho says, adding that Société Nationale d’Electricité, the national electric company known as SNEL, has payment structures that don’t accommodate residents. 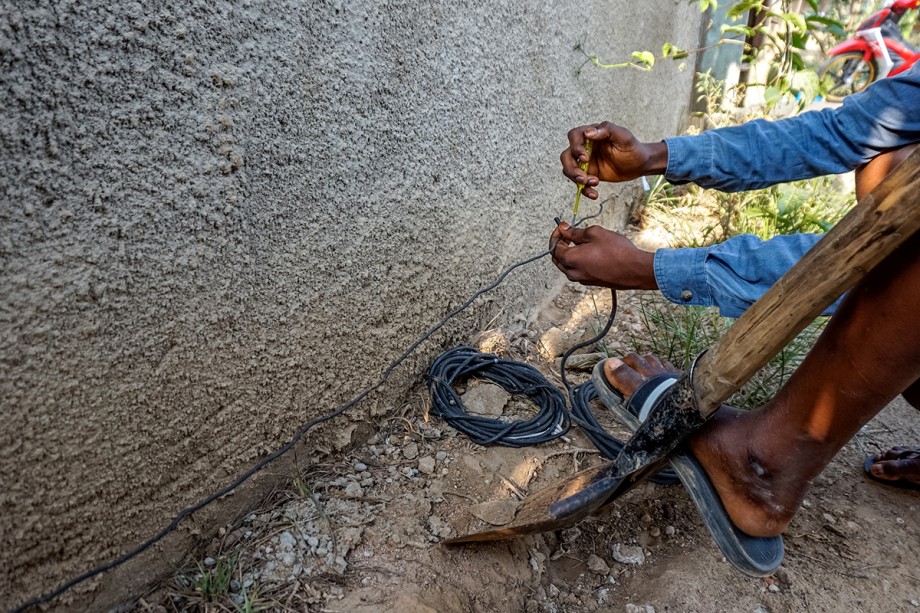 Throughout Kisangani, residents resort to the dangerous practice of pirating electricity, citing the costly, lengthy process of getting a meter from the national electric company.

SNEL serves customers in Kisangani in two ways. Customers with meters installed in their homes are billed according to usage. SNEL also offers a flat rate to those who have group or neighborhood meters, which means that if you don’t have a meter in your home, you are pooling the costs of others’ energy use – an increasingly expensive proposition as more residents pirate electricity.

Pierrot Kanyeba, an engineer at the local division of SNEL, says pirating electricity is becoming more common across the city, in part because the process of getting a meter installed is time-consuming and costly. The connection fee, $500, is prohibitive for many of the city’s residents.

“I applied to the SNEL for electricity connection five years ago,” Natho says. “So far, I’ve received no response. Even if they do respond, I can’t afford the connection fee. You see, I’ve no choice but to connect electricity illegally.”

Renters also have a difficult time connecting, because it’s the homeowner who must apply to install the meter.

“Landless people who will live in rented houses for the rest of their lives can’t access electricity, and yet they need to use their household appliances and electronics,” Natho says.

According to SNEL, just 15 percent of the country’s population has access to power, and most of that access is intermittent. There are approximately 33,000 SNEL customers in Kisangani and an estimated 7,000 homes pirating electricity illegally, according to data from SNEL’s Bureau of Statistics.

In Kisangani, getting an electrical meter installed in a home costs $500. Some residents who have requested meters have been waiting more than five years.

Dieudonne Djuma, a SNEL field technician, says the consequences of pirating electricity are severe. In the last two months, there have been 25 recorded cases of electrocution and four fires resulting from attempts to illegally connect electricity.

If caught, those pirating electricity may be subject to a $500 fine, Djuma says.

Kisangani residents disagree about the merits of pirating electricity.

Séraphin Bonyafala, a resident of the Tshopo neighborhood, says he has opposed illegal electrical connections since watching his neighbor die from an electric shock a few months ago.

“He was electrocuted by an illegal connection while he was stepping on a naked wire supplying power to the shop located on my plot of land,” Bonyafala says. “The news of his death came as a great shock to everybody.”

He says neighbors should apply for their own meters, no matter how long it takes, so the neighborhood can avoid further tragedy.

“In my view, it will save people’s lives and prevent damage to property,” Bonyafala says.

But for others, who say they acknowledge the danger and the illegality of the practice, the long wait and prohibitive fees leave no choice.

“I agree with those who connect electricity illegally, because the SNEL fails to honor its commitments to its subscribers,” says Trésor Bulaya, who has a meter in his home. He says the power supply is still intermittent.

Georges Mwetu, the commercial director of SNEL here, acknowledges that some areas are more prone to load shedding, a practice that limits electricity supply to certain areas at a time, but he says areas with high percentages of illegal connections are more prone to infrequent service because of the tax on the power lines.

The organization has spoken out against electricity pirating, but Yofemo says SNEL needs to put more effort into resolving customer complaints.