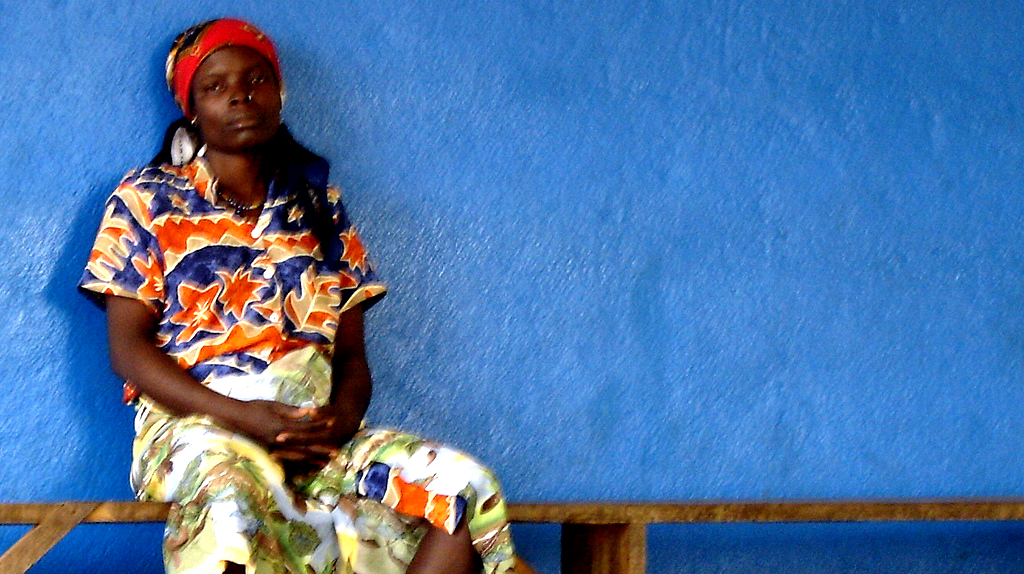 BAMENDA, CAMEROON – Lina, 27, says that when she was 23, her friend told her that she was pregnant. The friend’s boyfriend deserted her when she told him.

Lina, who declined to give her full name for privacy reasons, proposed that they talk to her friend’s mother, but her friend said this wasn’t an option because her mother was Christian and would throw her out of the house for getting pregnant before marriage. Lina says they decided their only option was for her friend to get an abortion out of town where no one would recognize them and no official records would be kept.

She says that they consulted their peers on where they could get a quick and cheap abortion and were referred to a “doctor.” But Lina says that when they arrived at the address they were given, it was not a hospital or a clinic and the doctor was not a licensed professional.

“Even though we realized it wasn’t a proper clinic, my friend was still determined to go through with the termination,” she says. “She had no choice.”

Lina says the “doctor” prescribed black pills, which he said would “do the job.”

“My friend took the pills as prescribed,” Lina says. “I got a call from my friend some days later, and she told me she was dying. She had been bleeding for two days.”

She says she raced to meet her friend, who was sitting on a pail because she was bleeding excessively.

“A pad or sanitary towel could not help the situation, so she sat on a pail to contain the bleeding,” Lina says.

She says the same doctor prescribed more medication, and the bleeding ceased.

“But when my friend went to a clinic for medical attention, it was discovered that she had another baby growing in her,” she says. “Apparently she was pregnant [with] twins and [the] doctor only succeeded in terminating one.”

Lina says that her friend underwent surgery in the hospital to abort the other baby. But she says that after this experience, she will never advise any young girl to opt for an abortion, much less a backstreet abortion.

“I could have lost a friend,” she says. “We thought we were securing her future, but she could have lost it all. Women should only get pregnant when they are ready for babies.”

Rachel, 20, who declined to give her full name for privacy reasons, says she underwent a backstreet abortion three years ago. She says she needed to have an abortion because a baby would’ve disrupted her education and the father of the child refused any responsibility – minus the $10 USD he gave her to pay for the abortion.

She says the “doctor” performing the abortion wasn’t a licensed professional either and, like Lina and her friend, she was too desperate to question his competence.

“The doctor asked me to undress and lie on a table,” she says. “After an examination, he inserted a metal object into my vagina. He didn’t give me any aesthetic – he just began removing things from my body. After the procedure, he gave me some tablets to cause the remaining fetal parts to eventually discharge.”

She says the procedure was painful.

“I didn’t see anything, but felt a pulling sensation,” she says. “The pain was unbearable, but I subdued my screams. I did not allow myself to convey my pain.”

She says she feels guilty about aborting her baby but that she had no choice.

“I was very guilty about it, but the idea of being thrown out of school and the disgrace I would bring to myself and family persuaded me I had made the right decision,” she says. “I was able to go back to school after the abortion, but I still feel guilty.”

For young Cameroonian girls throughout the country, illegitimate pregnancies mean social and economic devastation. For older women, often they have many children, and they can’t afford to take care of another baby.

Abortion in Cameroon is only legal in cases of rape and in which the pregnancy would create grave risks to the mother’s health. Pressured by various socio-economic factors, many girls and women turn to backstreet clinics where unlicensed “doctors” perform illegal abortions, which lead to health complications and even fatalities. While some nongovernmental organizations, NGOs, and civil society organizations, CSOs, recommend expanding the legality of abortion, others and the government promote sexual and reproductive health information and services to prevent unwanted pregnancies.

Statistics on backstreet abortions are unavailable because identities are concealed as much as possible and no records or files are kept because the process is illegal.

Cameroon is off track to reduce child mortality by two-thirds and reduce maternal deaths by three-quarters – goals four and five of the Millennium Development Goals, a U.N. initiative agreed to by countries worldwide to complete between 1990 and 2015.

Sections 337 to 339 of the Cameroon Penal Code make abortions illegal, except if proven necessary to save the mother from grave danger to her health or when the pregnancy is the result of rape. The law further stipulates that a qualified medical practitioner must perform the abortion in these instances, and the public prosecutor’s office must confirm all rape cases.

Anyone who performs an illegal abortion is subject to one to five years in prison and a fine of 100,000 to 2 million Central African CFA francs, $220 USD to $4,380 USD. Penalties are doubled for medical professionals who perform illegal abortions, and they may be prohibited from continuing to practice medicine. A woman who procures or consents to her own abortion is subject to imprisonment for 15 days to one year and/or a fine of 5,000 to 200,000 Central African CFA francs, $11 USD to $440 USD.

Despite the risk of these penalties, women turn to backstreet clinics for illegal abortions if they don’t meet the narrow criteria to obtain a legal abortion, says Dr. Okwen Patrick, a medical doctor at Bali District Hospital in northwestern Cameroon.

“At the backstreet clinics, women get an abortion within a very short time and at three times less the cost of what it would cost them in the recognized clinics,” he says. “In clinics, abortion procedures usually cost about $60 USD, but in backstreet clinics it costs $20 USD.”

Patrick says that he encounters about 10 girls in need of post-abortion care a week after obtaining abortions at these backstreet clinics.

He says they are rushed to the hospital with post-abortion infections, anemia, scar tissue or adhesions, continuous pain, a torn cervix or perforated colon, high fevers, stinking discharges and excessive bleeding that could lead to death. He says these complications are a result of the nonprofessional tools – knitting needles, clothes hangers, scissors and other equipment – pushed into the uterus of desperate women who prefer anything to the continued pregnancy.

Patrick says that some male backstreet abortion “doctors” even have sexual intercourse with the girls who can’t afford the bills or unprotected sex with the girls in the name of “dilating their cervix” before the abortion. He says this creates a vicious cycle that spreads sexually transmitted infections.

Irene Ndema works at a youth center run by the Cameroon National Association for Family Welfare, the country’s leading sexual and reproductive health services provider. A member of the International Planned Parenthood Federation, the association has branches, clinics and youth centers around the country and partners with the government and various NGOs.

Ndema says that fatalities among women undergoing backstreet abortions are high, and by far higher among women who try to do it themselves unaided. She says the center routinely receives young girls who come for post-abortion care because of improperly done abortions at backstreet clinics.

Ndema says the girls tell her that they opt for backstreet abortions because abortions are illegal and they can’t go to hospitals for legal abortions. The cost of keeping a pregnancy and raising a child is high, and the girls can’t afford it. Even when they can afford it, she says Cameroonian culture and religions frown at young women who bear kids before marrying.

“For those who cannot afford backstreet abortion clinics or are too ashamed to visit them, they drink detergents or dozens of sachet[s] [of] whiskey to get rid of the pregnancy if it is still in the first trimester,” she says.

“Lack of information and adequate family planning services are the main causes why young girls get pregnant and then resort to backstreet abortions,” she says.

She says she will never forget the day a 12-year-old girl who was two months pregnant walked into her office. She says she had met this girl before during an HIV-sensitization campaign where free condoms were being distributed. She says she didn’t give the girl any condoms because she thought she was too young to be seeking family planning information and services.

After the girl returned pregnant, Ndema says she has since resolved to educate all young women who come her way for sexual and reproductive health services.

“We need more family planning centers with youth-friendly staff where youths can go for information and services on sexual and reproductive health,” she says. “Also, sex education must be part of discussions especially within family circles where, for now, sex is still a taboo subject.”

CSOs, like the Center for Human Rights and Peace Advocacy, are pressing and petitioning the government to enact new laws to accommodate the needs of women.

Chongsi Ayeah Joseph, executive director of the Center for Human Rights and Peace Advocacy, says that Cameroon’s laws on abortion promote backstreet abortion because they don’t allow for other options.

“People need larger freedoms, and the law should have such room,” he says. “Laws should not be an impediment.”

He says that women have the right to choose.

“A woman’s right to control her own body and destiny should not be taken for granted,” he says.

According to Deutsche Gesellschaft für Internationale Zusammenarbeit, a German NGO, 200 million women around the world have no access to safe and effective methods of family planning.

Like in other countries around Africa, the provision of sexual and reproductive health services to young people in Cameroon – although legal – is still a sensitive issue.

NGOs, CSOs, the government and parent-teacher associations are partnering to provide sexual and reproductive health education for youths. Some schools across Cameroon have introduced sex education into the curriculum.

The government has established family planning clinics. The Ministry of Women’s Empowerment also organizes an annual march on International Women’s Day that relates to the year’s theme. Last year, the march aimed to sensitive the community to and educate it on the correct and systematic use of the female condom as a tool for family planning and to prevent the spread of HIV.