Skip to main content
The story you are reading was published on Saturday August 1, 2015. To read more recent stories click here. 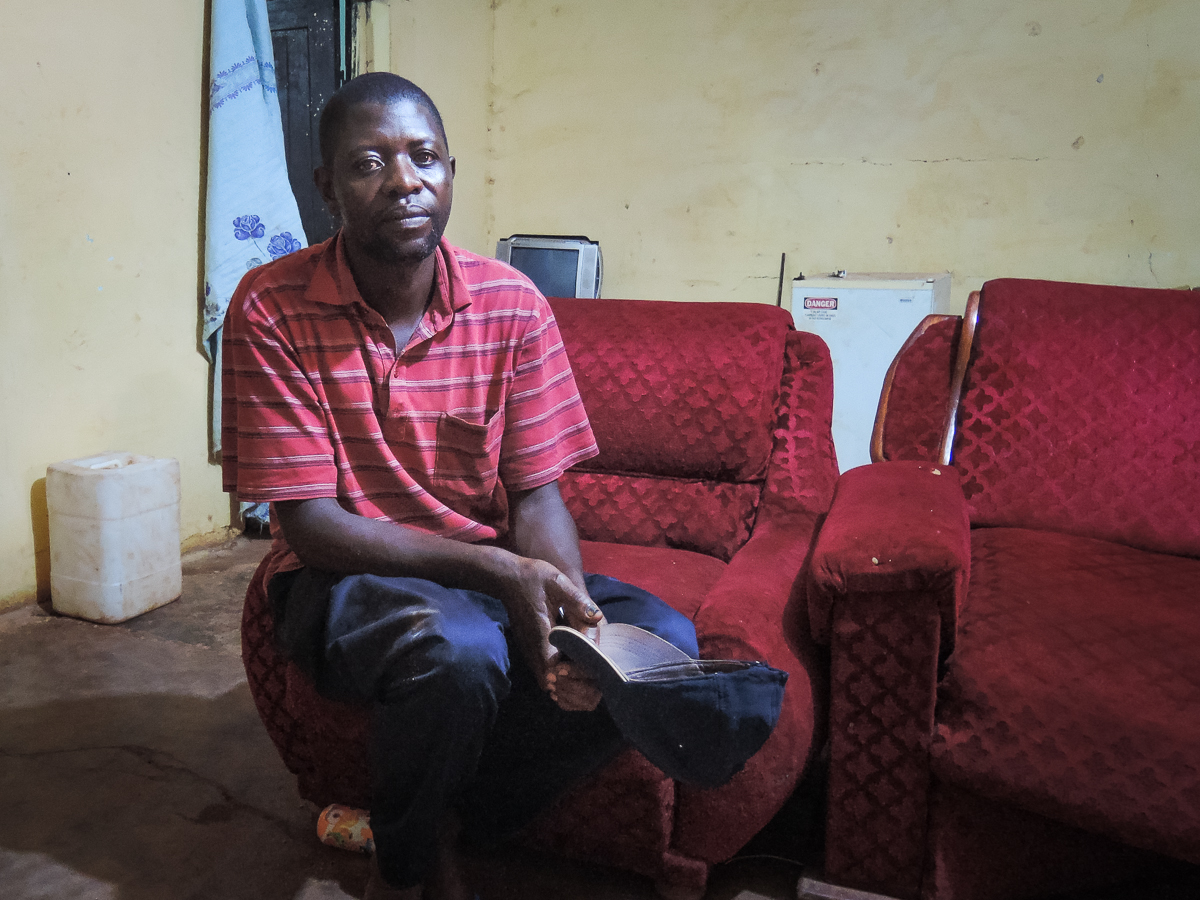 BAMENDA, CAMEROON — Mathias Asongwe repairs an old corn mill in front of his house. Nearby, his older children wash clothes and peel seeds from egusi, a type of melon. Father and children share these tasks in the wake of Asongwe’s wife’s death in childbirth last December.

“It was a dark day for me,” Asongwe says. “I never, ever imagined that my wife would leave me just like that.”

Asongwe’s wife, Hilda Ngum, was carrying twins. Her water broke about 5 p.m. Asongwe took her to the hospital, where she labored until about 3 a.m., then gave birth to the first baby.

“She labored and labored for the next two hours, but the second baby did not come out,” he says.

The doctor sent Ngum to an operating room for a cesarean section, but the second baby was stillborn.

“I felt bad, but the presence of the other baby and the thought of my wife’s safe operation consoled me,” Asongwe says. “I knew we could still have another baby.”

But 30 minutes after Ngum was wheeled out of the operating room, she died.

“It was a shock,” Asongwe says, tears running down his cheeks. “It was painful. It is still painful. My wife didn’t say a word. She died without saying a word. She died in her sleep. I can’t really explain why she died.”

Wanting an explanation for his wife’s death, Asongwe tried to speak with the doctor, but nurses told him the doctor had gone home. The nurses told Asongwe his wife had died from postoperative shock.

Every day, 20 Cameroonian women die of pregnancy-related causes, according to a 2014 press release from UNFPA Cameroon, the national office of the U.N. population fund.

Chantal Biya, Cameroon’s first lady, a year ago launched The Nation Cares program to reduce maternal and child mortality. The program was conceived in response to Cameroon’s expected failure to reach one of the Millennium Development Goals – targets the U.N. set in 2000 to address extreme poverty, health care deficiencies and other problems. Using 1990 as a baseline, the fifth goal calls on all U.N. member countries to reduce their maternal mortality rates by 75 percent by 2015.

Other countries have made strides toward achieving that goal. Equatorial Guinea, to Cameroon’s south, met its goal by 2010. Worldwide, maternal mortality rates came down by about 45 percent between 1990 and 2013, according a 2014 report produced jointly by the World Health Organization, the World Bank and the United Nations.

Women who give birth at home often rely on traditional birth attendants, and some attendants don’t use sterilized equipment, Manjo says. Unsanitary conditions can lead to potentially fatal infections.

Women who cannot afford transportation must walk for hours to get to health centers, says Dr. Gladys Tayong, a gynecologist and a regional public health chief with the ministry. Such women aren’t likely to have regular prenatal visits, she says.

Government statistics are at odds with what Tayong and other experts find when they meet women.

And women who give birth at hospitals and clinics aren’t guaranteed good care.

Medical negligence is common, says Judith Awondo, the coordinator of Women in Action Against Gender Based Violence, an organization that encourages women to seek quality health care.

Mothers have told Awondo that midwives don’t respond to them, or they take too long to come to their aid. Some say midwives ask laboring women to go home and come back later, Awondo says. Those women sometimes give birth at home or on a roadside.

She roughly estimates that “over 50 percent” of nurses assigned to rural areas do not end up working there.

“Everybody wants to work in the big towns,” she says. “This situation puts the pregnant women in those areas at risk.”

Tayong acknowledges that some health workers refuse postings, contributing to maternal mortality in rural areas, but she says it’s an infrequent occurrence.

Unskilled medical personnel and obsolete medical equipment also raise the risks of women in labor, Awondo says. Health workers have told her their equipment doesn’t compare to what is available in richer countries.

Tayong agrees that not all government hospitals are well-equipped. The government is doing its best to provide modern equipment to all hospitals, she says.

“I fear for my life anytime I think of labor,” says Nicoline Okelle, a nursing student who is expecting her first child.

“Even though lecturers keep assuring us that the survival of pregnant women would depend on how well they self-manage their situation during pregnancy, I still fear that some mistake may come from the medical practitioners themselves during delivery,” she says.

Okelle’s fears were heightened when a woman she knew died giving birth five months ago.

“That has never left my memory,” she says. “I was traumatized.”

Okelle has taken all necessary measures to ensure a safe delivery, including eating a balanced diet and going to the hospital regularly for prenatal care, but she says she will have no peace until she gives birth.

“I am running out of patience already,” she says.

The government is working hard to reduce the maternal death rate, Tayong says. Rural health centers are getting equipment and more workers, and women are learning about the importance of prenatal care, she says.

Workshop participants are tasked with educating expectant mothers on the importance of getting prenatal care and giving birth in hospitals, Tayong says.

The government also has reduced maternity costs to encourage mothers to give birth in hospitals, Manjo says.

For now, the fifth Millennium Development Goal is out of Cameroon’s reach.

“As to whether Cameroon will meet MDG5 in 2015, it is an impossibility,” Manjo says. “It is regrettable, but we are making conscious efforts to improve on the situation before 2020.”

But even the best prenatal care and hospital facilities can’t eliminate the risks of childbirth.

Asongwe’s wife started prenatal care when she was three months pregnant. And when the couple discovered she was carrying twins, she began making more frequent prenatal visits.

“We did all was required for her to have a normal delivery,” he says. “There is nothing we didn’t do.”

Nicoline Okelle has given birth safely.