For Sellaiah Rashanayagam, social distancing is nothing new. He’s been the sole resident of his village since Sri Lanka’s civil war ended in 2009 – and he doesn’t plan to leave anytime soon.

PONNAVELI, SRI LANKA — When the Sri Lankan civil war ended in 2009, the nearly 200 residents who called this village home chose to leave. They relocated to cities and towns where they would have better access to hospitals, shopping centers and jobs.

Now, more than a decade later, he’s still the lone resident of Ponnaveli, a village in Sri Lanka’s northern province.

The coastal village was destroyed during the war.

Still, Rashanayagam says he refuses to leave and he doesn’t want to open up the village to others either. He wants to preserve the village’s Tamil name and farming traditions.

His solitary lifestyle is a political statement. And it’s evidence that tensions between Sri Lanka’s Sinhalese majority and the Tamil minority still run deep.

Sri Lanka’s civil war, which raged for three decades, ended 11 years ago this month, when the armed group Liberation Tigers of Tamil Eelam, commonly known as the Tamil Tigers, surrendered to government forces. The group wanted an independent state for Sri Lanka’s Tamil people. Government forces are estimated to have killed more than 40,000 Tamil people in the final months of the conflict.

Rashanayagam says living here, alone, is the best way to preserve the culture and identity of his village, which was once home to more than 60 Tamil families, including seven of his own siblings. 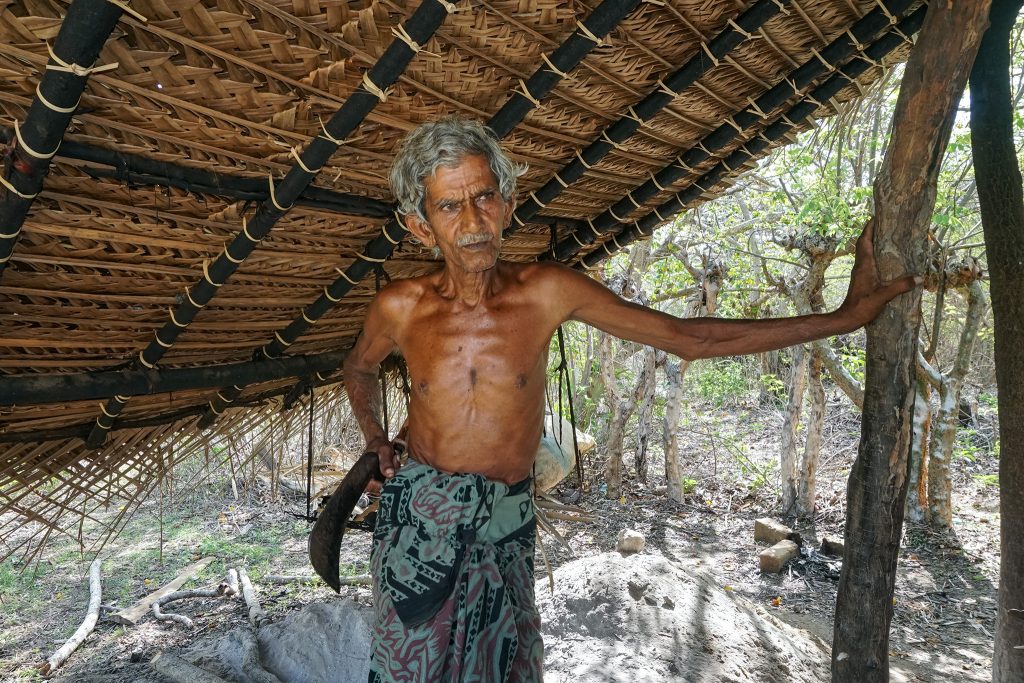 Vijayatharsiny Thinesh, GPJ Sri Lanka Each morning, Rashanayagam grabs his knife and heads to the forest to chop wood.

Government forces destroyed every home in the village, Rashanayagam says of the civil war. He rebuilt his own home and continues to refuse offers from family to leave his solitary life. He has refused a few marriage proposals too.

He supports himself by chopping wood and selling spears to fishermen. 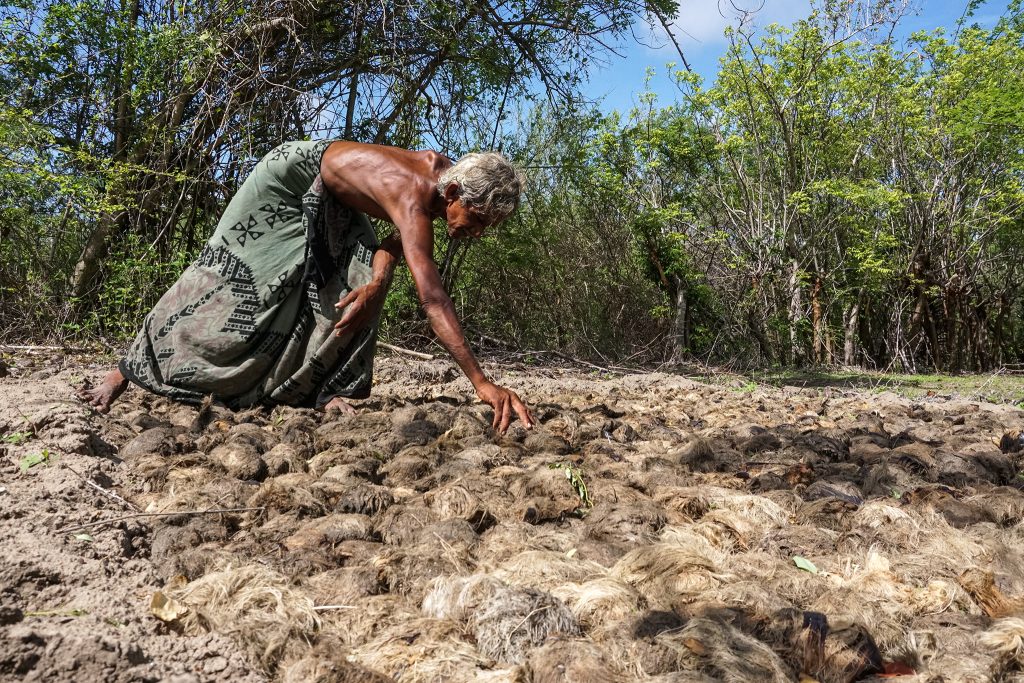 Vijayatharsiny Thinesh, GPJ Sri Lanka Rashanayagam checks on the palmyra seeds he planted near his home.

But that’s not going to happen.

“We should not give up our rights or land to anyone,” Rashanayagam says.

Before the war, he says the village had a school, a medical clinic, religious temples and dozens of residents. Today, nothing remains except Rashanayagam’s home and palmyra crops.

He says he eats just once a day, at dusk. The rest of his time is spent working, tending his crops, gathering water and studying religious texts. When he’s low on supplies, he rides his bike to Veravil, a neighboring village, where he catches up on the country’s latest political news. 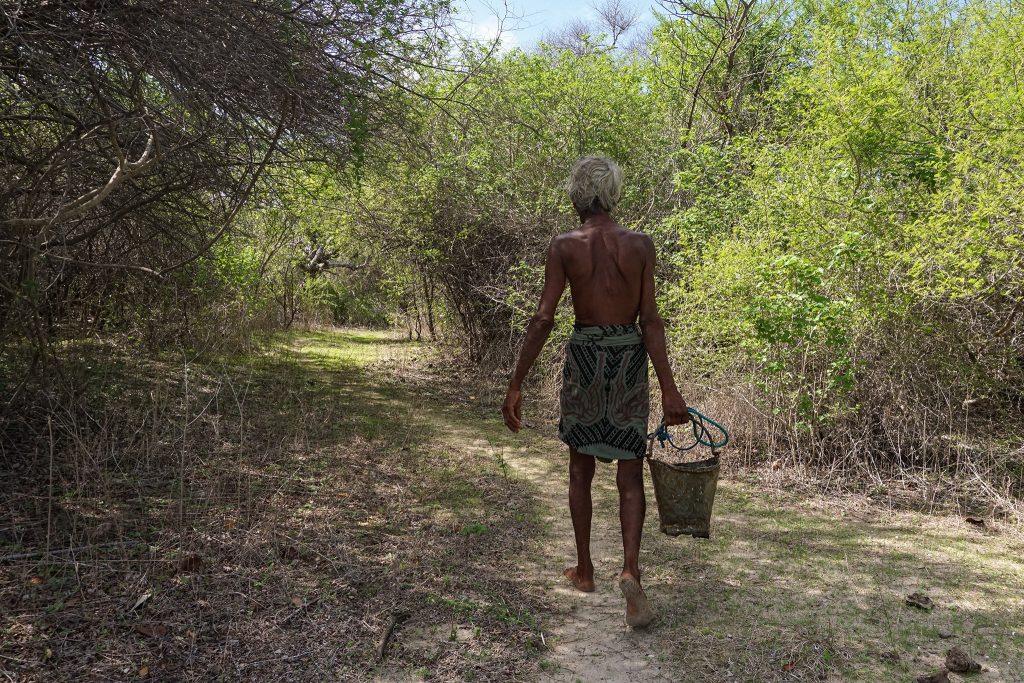 Parameshwaran Thankaluxsumy, 58, was born in Ponnaveli. But she left after the war.

She says the government offered all the residents housing elsewhere because their village was destroyed. “Soon, Ponnaveli became empty,” she says, adding that today, the village does not have any facilities and is not suitable for human habitation.

It has become a sanctuary for wild peacocks and deer, she says. 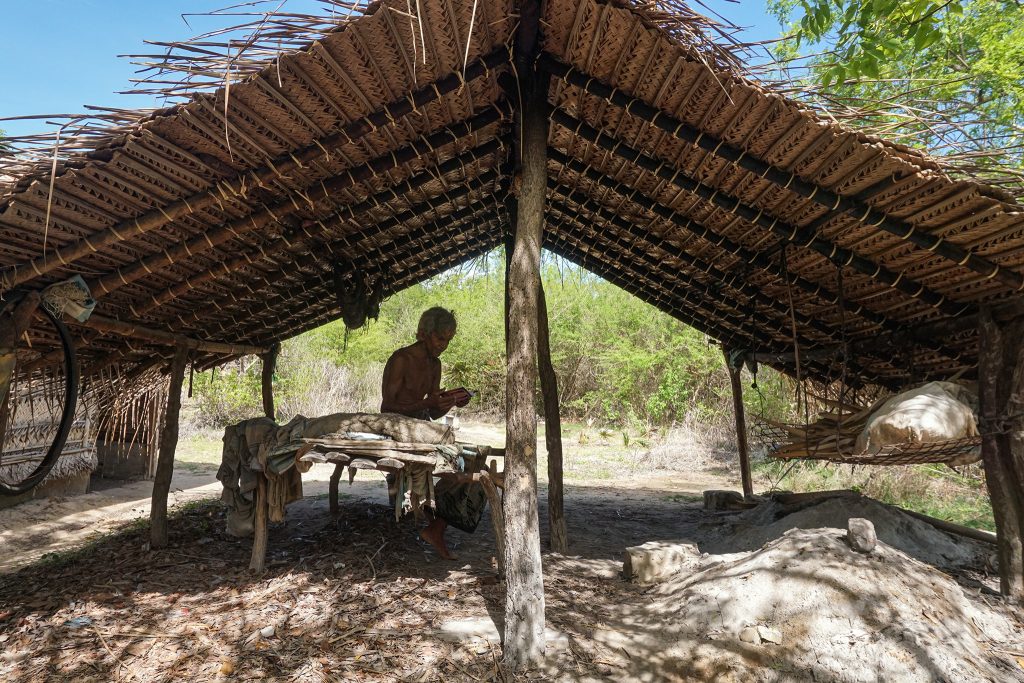 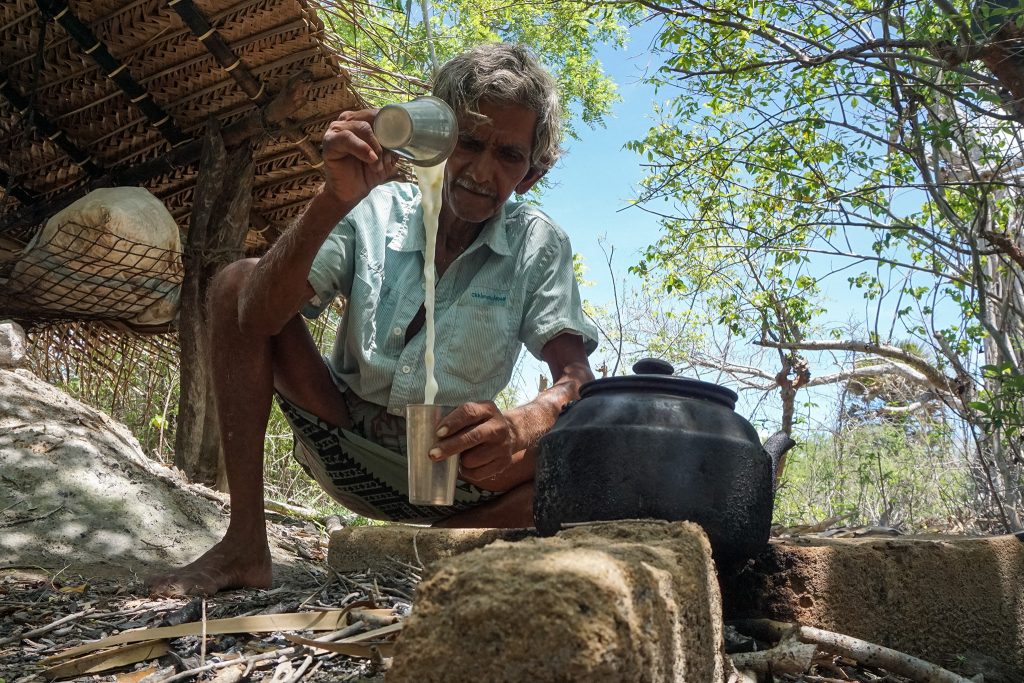 As billions of people across the globe struggle to adapt to isolation in the wake of the coronavirus and quarantine orders, Rashanayagam can’t relate.

He says he requires solitude. And for the most part, he gets his wish.

He struggles with just one regular, uninvited guest.

“The nights are a bit risky because of the elephants,” he says. “I chase them off by lighting firecrackers.” 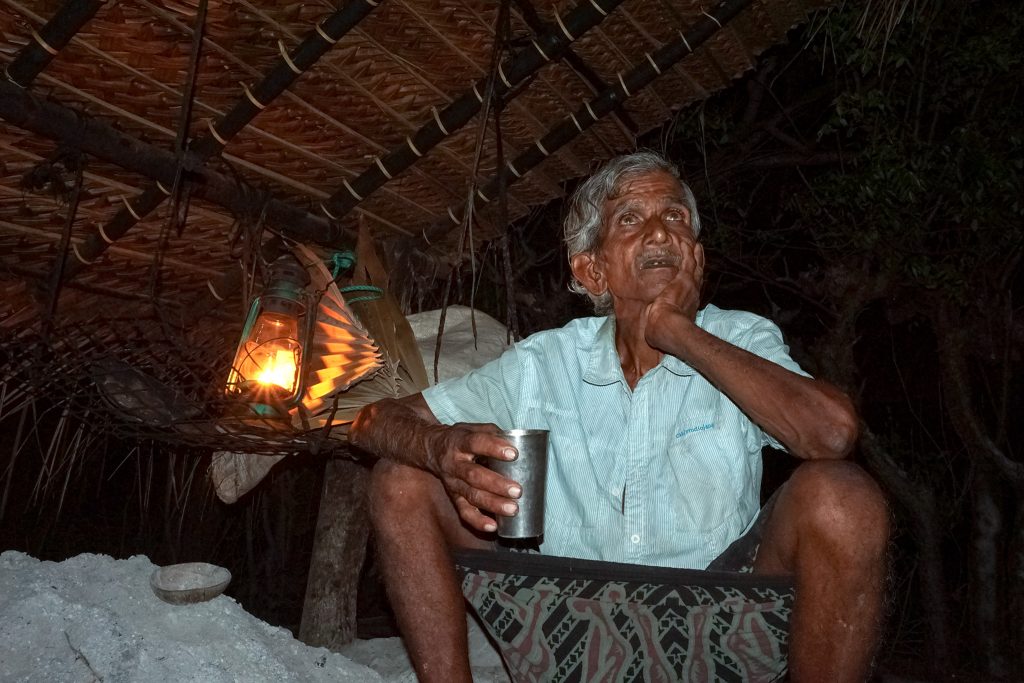 Editors Note: This story has been updated to correct an inaccurate reference to Sri Lanka’s population.