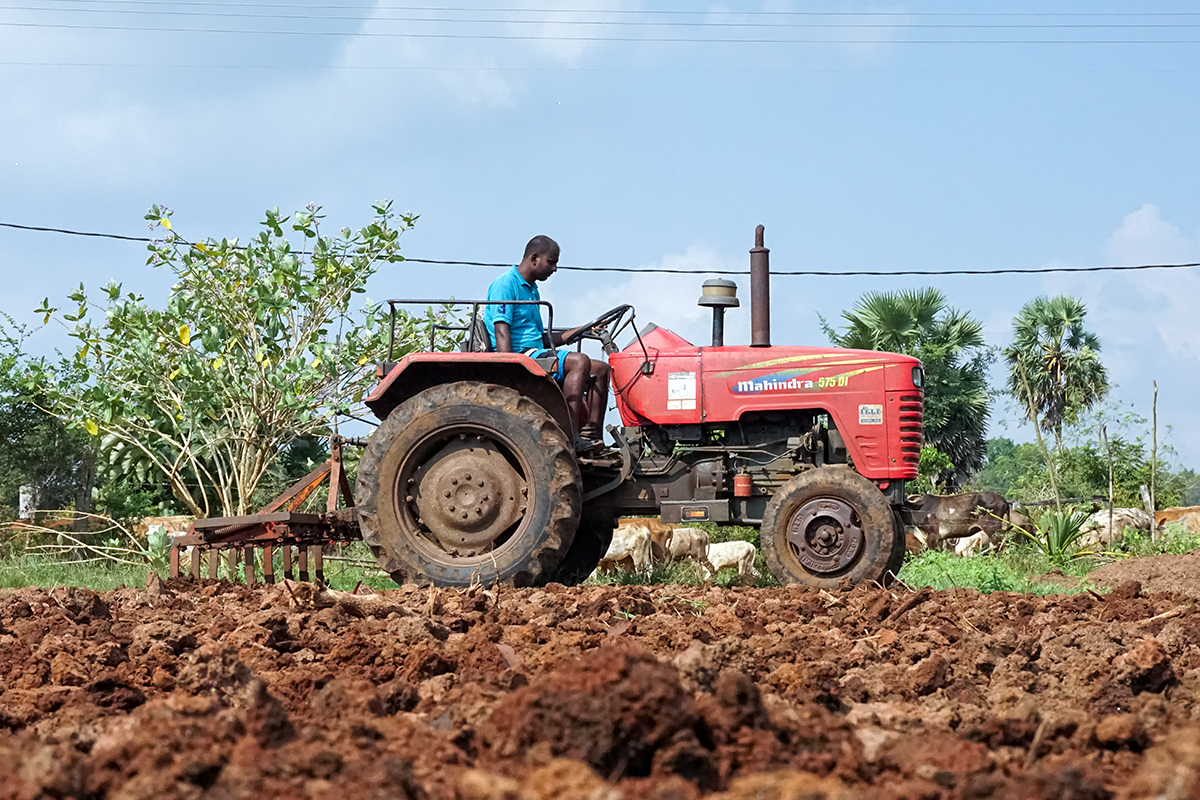 Kanakasuntharam Kajarakan wakes and goes to his paddy field. He gazes at the scene before him, lifting his hand to his head.

“In my experience of being a farmer, this is the only time that even 20-day crops were destroyed,” Kajarakan says, referencing the paddy crop’s quick growth period.

Kajarakan sowed 45 acres of paddy at the start of the planting season in October 2018. Five of the acres belonged to him; he had leased the remaining 40 acres.

Then the heavy rains came. His young paddy plants did not survive.

So he planted again, taking a loan of 300,000 Sri Lankan rupees ($1,702) from a local bank to prepare the soil and buy seedlings for 25 acres of land. But just weeks later, in late December of 2018, heavy flooding struck Vavuniya again, partially destroying his crops. 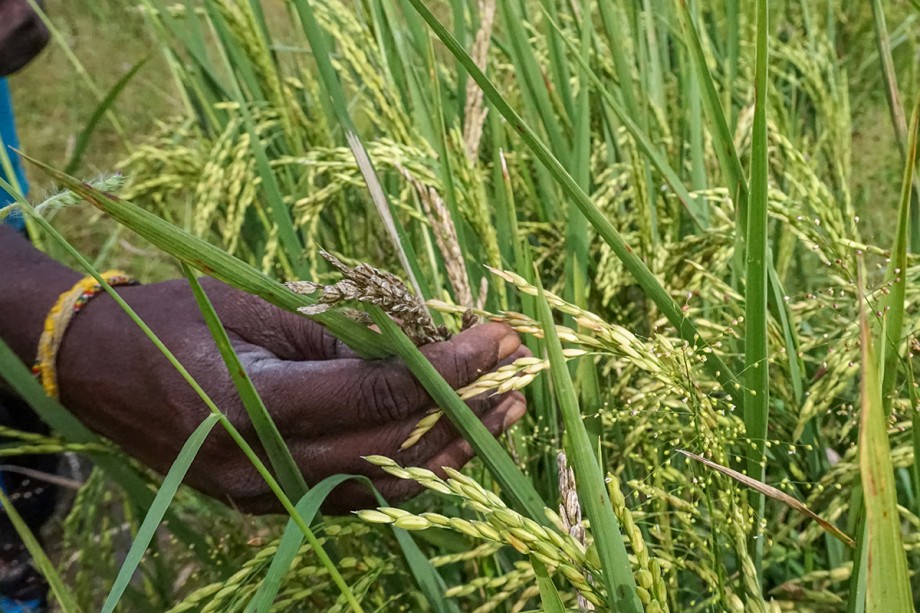 Kanakasuntharam Kajarakan holds paddy from his field in Maruthodai. He took a loan from a local bank to prepare the soil and buy seedlings for the 25 acres of land. But a heavy flood in December 2018 partially destroyed the crops.

Kajarakan now has more than 1 million rupees ($5,675 dollars) to repay on two bank loans, the first of which he took out in April 2018. He has not been able to make the monthly payments since January and does not know where he will find the money to plant his crops come the new planting season in October.

According to the government’s Rice Research & Development Institute (RRDI), about 1.8 million farm families cultivate paddy, which is known as rice once it is harvested. Rice is the main food crop in Sri Lanka.

After gaining independence in 1948, Sri Lanka worked to attain self-sufficiency in rice production. For most of the 2000s, it did, according to the Agriculture and Environment Statistics Division. But in 2017, floods and droughts devastated paddy fields, forcing Sri Lanka to import 700,000 tons of rice.

In Vavuniya district, where Kajarakan farms, this latest round of extreme weather affected 1,233 farmers, who saw nearly 3,200 acres of paddy fields damaged by flooding spurred by the heavy monsoon rains.

The Sri Lankan Department of Agriculture and the International Rice Research Institute (IRRI) are working together to return Sri Lanka to rice self-sufficiency through efforts such as improved rice exchange and the development of hybrid rice.

But in the meantime, operating with a financial deficit has become a common plight for farmers.

“The farmers are struggling to stabilize themselves,” says Sethukavalar Therusethukavalar of the Vavuniya District Farmers Organization Authority. “And so they carry this year’s burden into next year’s sowing.”

In an effort to ease the burden, the government offers a special insurance for farmers affected by floods.

A farmer whose entire crop was destroyed will be compensated with a payment of 40,000 rupees ($227) per acre for up to five acres, says Mohamed Rafeek Mohamed Zamir, district assistant director of the government’s Agricultural and Agrarian Insurance Board.

“This free insurance, fertilizer and subsidy will be given to those affected by the destruction of their paddy fields,” he says. “No fee is levied for this. The state is giving this free of charge.”

According to Zamir, 429 farmers were selected to receive the insurance and paid in July 2019.

But the financial assistance does not quell farmers’ fears of droughts and floods.

Sivasuntharam Sivasekaram has been farming for 45 years. In 2007, Sri Lanka’s ongoing civil war forced him from his land in Nedunkerny North. When he returned in 2011, he found the area changed.

“In the past, we were able to make a good living and profit with agriculture. But now it is not so,” he says. “Now nobody is able to predict when it will rain and when it is going to be sunny.”

Sivasekaram sowed 70 acres of paddy in the 2017 farming season, but due to the drought, he harvested only 32 acres. In the 2018 season, he decided to cultivate 25 acres; but that year, he was met by the heavy rains.

“Farming cannot be managed if both drought and floods are going to occur,” he says.

Typically, he says he harvests 40 bags per acre, each bag containing 50 kilograms (110 pounds) of paddy. But in the 2018 season, he harvested only 26 bags of paddy per acre.

Like many farmers in Nedunkerny North, Sivasekaram has made it a habit to save some of the seed after each harvest to sow the following season. But this year, he did not grow enough to save for next season’s sowing.

“This time it is a loss,” he says. “Next time we might have to take loans.”

Thushiththa Vadivalagan, a lecturer at the Sri Lanka School of Agriculture in Vavuniya, advocates for local farmers to switch to traditional types of paddy seeds, which she says are better able to withstand droughts and floods. But she says the traditional paddy strains take a few months longer to bear harvest and produce a lesser yield than the newer strains provided by paddy research centers.

Paddy farmers themselves are not eager to switch crops.

“Even though they have faced destruction continuously, they are engaged in cultivation with a hope that one day they will improve,” she says.

He still goes to his paddy fields, but he also has a dairy cow to attend to – and he intends to get more. He will also begin work as an electrician.

“We have been involved in agriculture from generation to generation,” Kajarakan says. “Even if I face difficulties, I think it is good for our children not be engaged in this work, because they should not suffer like us.”