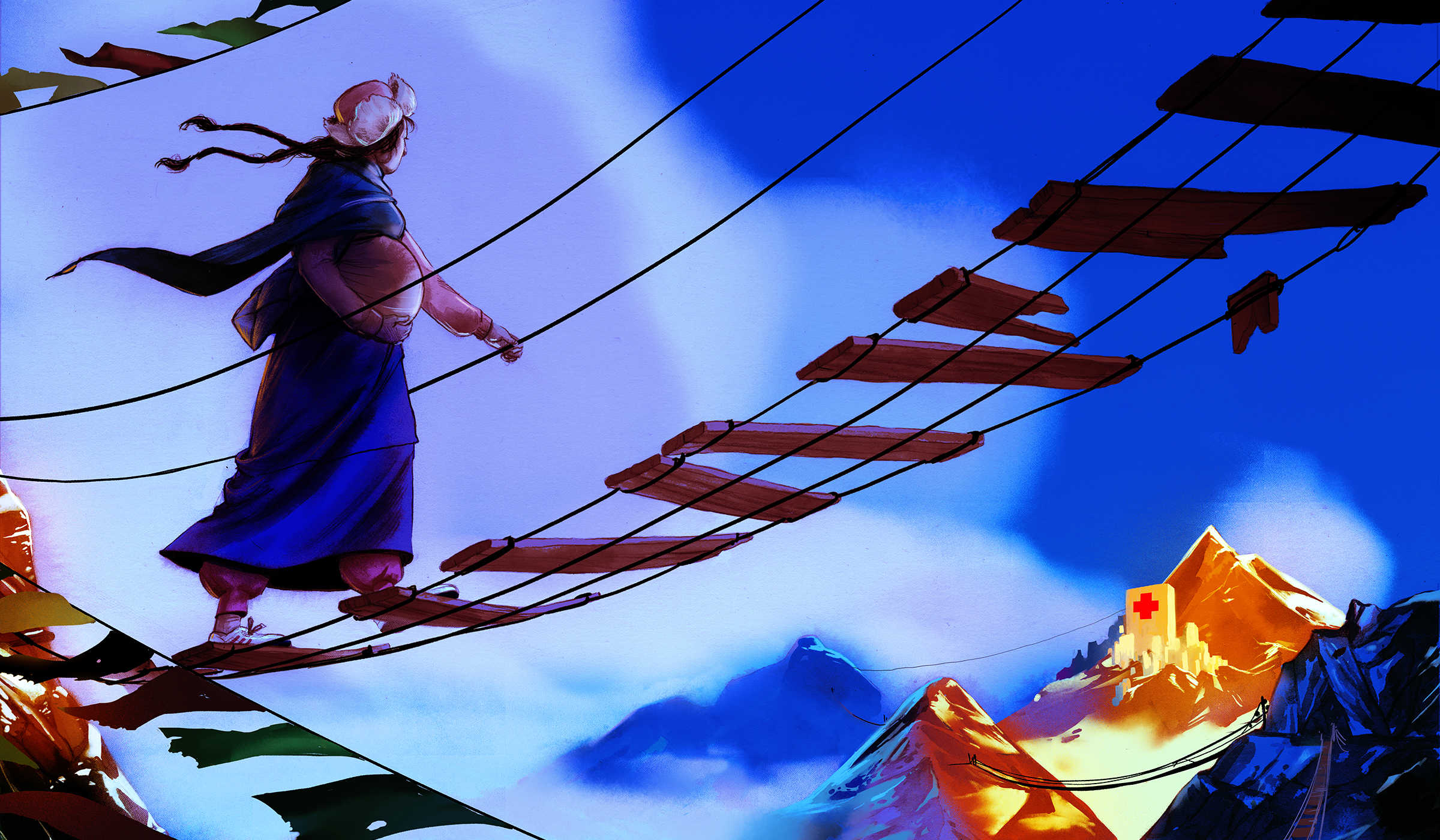 KATHMANDU, NEPAL — When Kalpana Tamang began having severe abdominal cramps, her husband, Raju Tamang, rushed his 36-year-old wife to a local pharmacy. The pharmacist concluded that her pain was “not of an ordinary nature” and advised him to take her to the nearest hospital, two hours away.

When they finally arrived at Paropakar Maternity and Women’s Hospital, the doctor told them that Kalpana was in labor. She was admitted immediately.

The couple was shocked. Kalpana didn’t know she was pregnant. She had been using a three-month contraceptive injection known as “Sangini,” though Raju recalls that his wife’s period had been irregular.

“It did not look like she was pregnant,” Raju Tamang says months later. “Her belly was also normal, like other women’s.”

When doctors took her into a delivery room, he says he was in shock. He wandered out of the hospital to buy clothes for his unexpected newborn. When he returned, a nurse asked him to hurriedly sign a piece of paper, authorizing them to perform surgery on Kalpana, who faced additional complications.

Not five minutes later, he says he was told the surgery was over and his wife had been transferred to intensive care.

“I was wondering how the surgery could be done in five minutes,” he recalls.

An hour later, he learned that his wife had died.

Officials at the hospital say she died because amniotic fluid, which surrounds a baby in the uterus, entered her bloodstream, a rare complication known as an amniotic-fluid embolism. The baby had already died in the womb.

The complication is rare, says Jageshwor Gautam, director of the hospital, adding that it affects about one in 20,000 women.

Gautam says communication with the family may have been inadequate but insists there was nothing the hospital could have done to save her life; the complication is extremely dangerous and often causes heart failure or other fatal conditions.

While he says Kalpana Tamang’s case was rare, he also says that nine other women have died during childbirth at the hospital since 2017.

Kalpana Tamang is one of an estimated 1,200 women who die while pregnant or in childbirth each year in Nepal. While the country’s maternal mortality rate has fallen dramatically over the last two decades, women from rural areas often lack access to advanced care.

To address the problem, the government of Nepal has proposed building new surgical facilities in district and provincial hospitals, so that they are capable of providing more complex services, such as cesarean deliveries. Mahendra Shrestha, spokesperson for Nepal’s Ministry of Health, says the government also plans to expand hospitals and build more waiting homes for women from rural areas nearing their due date. The government hopes these measures will prevent maternal and child deaths in rural areas that lack surgical facilities.

There are still more than 640 municipalities in the country that don’t have a single hospital, Shrestha says. “The government plans to build hospitals in those local units in the near future.”

In some places, women face a journey of more than 20 hours on foot to reach the nearest delivery facility. That leads more women to choose to give birth at home. According to a 2016 government demographic and health survey, 43% of babies are delivered at home, with women citing inaccessible medical facilities as a reason.

Shrestha says they are working to solve other problems too, like a shortage of health workers in rural areas. Across the country he says there are 27,500 healthcare workers but estimates that there is still a shortfall of 4,000 workers, especially in rural areas. He says an urgent request to add 144 new doctors in hospitals in each district was sent out in 2019.

Nepal’s work to reduce its maternal mortality rates is part of the United Nations’ Sustainable Development Goals. For every 100,000 births, 239 women die during or after childbirth in Nepal. The goal is to bring that number closer to 70.

To achieve that, much more needs to be done, says Dr. Punya Poudel, head of the motherhood unit at the Ministry of Health’s Family Health Division. She says cultural attitudes about the role of women at home contribute to high-risk deliveries. “As household chores are considered more important than the health of women in many families, they are at more risk during their pregnancy,” she says. That risk remains even after delivery.

“If there is not any checkup of mothers within six days of giving birth, they could be at high risk of death,” Poudel says.

Shrestha agrees. He hopes the new hospitals with surgical centers will be completed over the next two years. It’s not clear what funds have been allocated to these efforts or how such ambitious construction efforts will be completed.

For Raju Tamang and his family, the idea is great, but the efforts are too little, too late.