ULAANBAATAR, MONGOLIA — Six-year-old Setsen Unenbat plays out her dream of becoming an astronaut for the day at Mongolia’s only science museum for children, an interactive space that was forced to close during the pandemic due to a lack of funds.

At the DuDu Children’s Museum in the capital, Setsen runs excitedly to her mother, Battsetseg Chagdgaa, and points at a spaceship as she tugs at her mother’s hand. “It’s very interesting, Mom. Let’s go play together,” she says. “It makes me feel great to wear an astronaut’s uniform, float around inside the spaceship, and play in my own imagination.”

For Setsen and thousands of other schoolchildren, spaces like the DuDu museum were vital when school was open for only just three months in 2020 and 2021 due to the coronavirus pandemic. But the pandemic also caused a drastic drop in visitors to the museum’s two sites in the capital. Eventually, the management team no longer had the means to support both sites. One branch closed in 2021, but it was the closure of the second branch in March 2022 that sparked a campaign to save the museum. The appeal attracted international attention and highlighted the lack of cultural, educational and play spaces for children in Mongolia — something deemed even more crucial during the pandemic.

When Mongolia shifted in the early 1990s from a communist society, beholden to the then-Soviet Union, to a democracy, many cultural and play spaces were lost. A loss of Soviet Union aid meant that, in an effort to save money, many of these spaces were privatized and subsequently repurposed: a children’s cinema became the country’s first stock exchange; a children’s café was turned into a beer garden; the State Children and Youth Central Theater was privatized and closed; and half the country’s libraries were closed.

Efforts are now being made to rectify the situation. With the establishment in 2020 of the Ministry of Culture there is a drive to establish more museums while offering free entry to existing ones for those under age 18. But there are no specific plans to create another space like the DuDu museum.

When Munkhtulga Dashzeveg, founder of DuDu Children’s Museum, announced on social media in March that they had no other option but to close the remaining site, parents, supporters and organizations started an online campaign to save the much-loved museum. In just 10 days, more than 800 people and 80 businesses raised 203 million Mongolian togrogs ($60,800) as part of a “SaveDuDu” campaign, enabling management to pay off debts and reopen one of the sites, in the capital’s Khan-Uul district.

More than 5,800 children walked through its doors in less than three weeks following its reopening on April 1, almost twice the number the museum would normally see in a month. 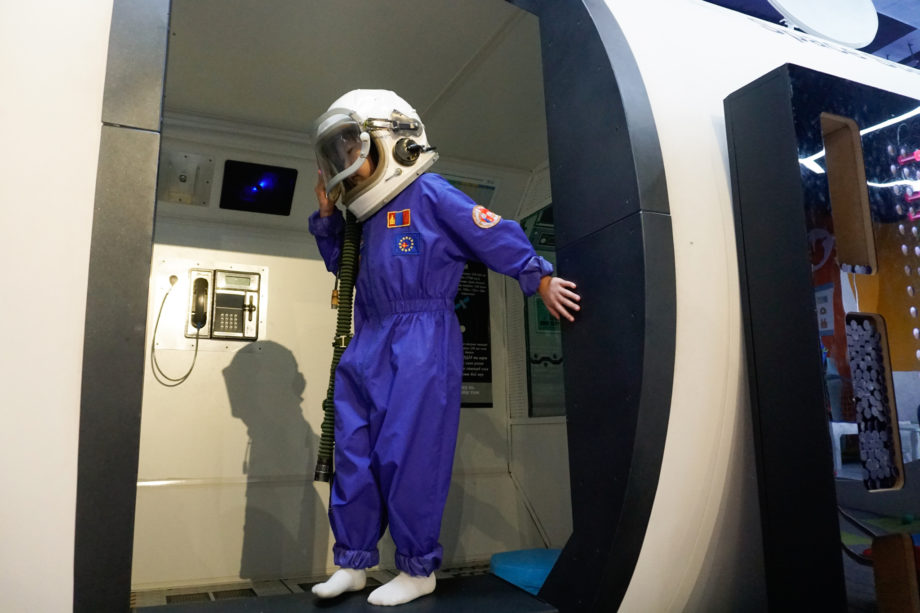 Six-year-old Setsen Unenbat plays out her dream of becoming an astronaut in the spaceship at DuDu Children’s Museum in Ulaanbaatar.

Ninjin Ganbold, who donated to the campaign, says the pandemic posed an unprecedented threat to a child’s right to learn. It was during this time that spaces like the DuDu museum became even more crucial.

“This is the only children’s science museum in Mongolia … and the most important space for us to overcome the post-COVID children and family depression,” Ninjin says.

The rates of child and adolescent depression and anxiety symptoms doubled during the coronavirus pandemic compared with pre-pandemic estimates, according to a global study by JAMA Pediatrics, a peer-reviewed medical journal published by the American Medical Association.

Many children felt sad and lonely because they couldn’t see their school friends or teachers during the pandemic, says Taivanjargal Aldarbayar, manager of the Mongolian Psychologists Association. When children don’t have school, they need educational experiences, especially ones where parents can also interact, Taivanjargal says.

“The more time parents spend with their children, the better children’s self-confidence becomes, and it helps in terms of children’s social and psychological development,” Taivanjargal says. 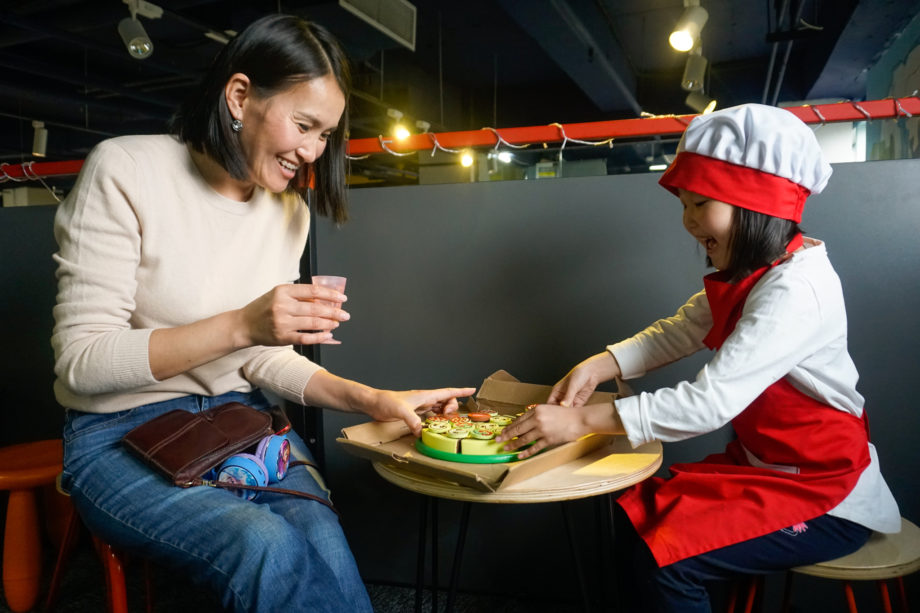 Outside of the museum there are very few child-friendly spaces where youngsters can learn while playing. Those that do exist aren’t always as child-friendly as they should be, says Byambadorj Ariuntuya, head of Ulaanbaatar’s development standards department.

There are more than 1,000 playgrounds in Ulaanbaatar, a city of 1.6 million people, but 67% of the facilities do not meet necessary safety requirements, Byambadorj says. No one department is responsible for these playgrounds, and Byambadorj’s department only assesses them for safety and suitability, offering guidance and advice on how to improve them.

“The fact that there are not enough playgrounds for children and that they do not meet the requirements has to do with planning issues as well as not properly maintaining the ones we have,” Byambadorj says. “Children are also injured and hurt because of this. In fact, the number of children who got injured while playing in a playground has been on the rise each year, with 619 in 2017 and 1,175 in 2018, respectively.”

Following pandemic lockdowns, the need for play spaces is even greater, says Enkhjargal Choibaatar, a parent and visitor to the museum.

“Everyone was almost going crazy because of the COVID-19 lockdowns,” Enkhjargal says. “That is why the government should create, by its policy, such a place where children can put their brains at rest and make intimate, warm memories with their parents.” 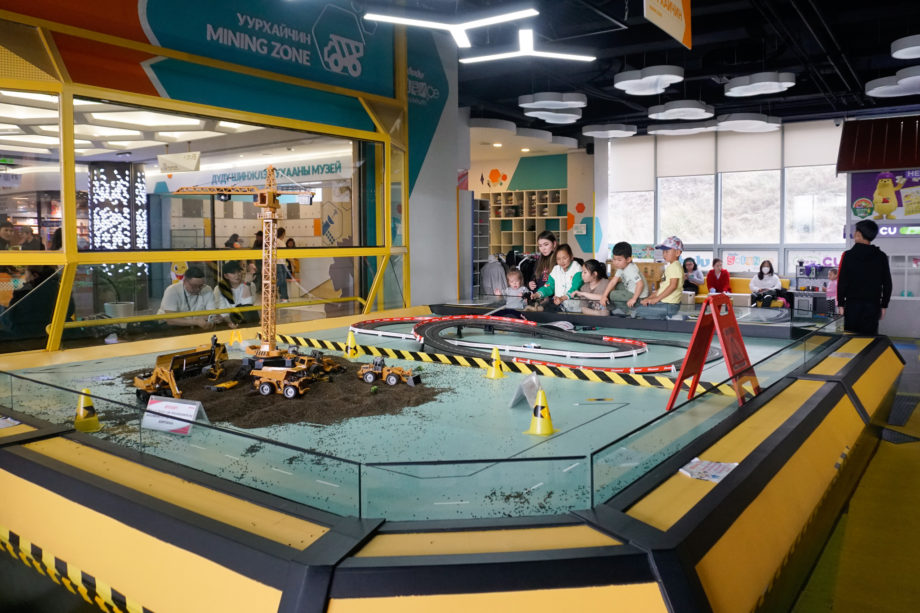 Children and parents visit the “Mining Zone” play area, one of the many interactive areas at the popular DuDu Children’s Museum.

The Ministry of Culture’s strategic plan for 2021 to 2024 includes a children’s library and puppet theater, and work has already started on a youth theater. The government has set aside 69 billion togrogs ($20.6 million) for the trio of projects. But there are no plans to establish another facility similar to the DuDu Children’s Museum, according to the Ministry of Culture, which confirmed the information in its strategic plan but did not respond to requests for comment.

Despite the promise of more child-friendly play spaces, existing youth-centered organizations still rely on public support to thrive. It wasn’t just the DuDu museum that the public rallied to support during the pandemic.

Also bolstered was Magic Land, an English translation of the name of an organization which operates two centers that provide psychological counseling, educational services and a library for abused and vulnerable children ages 3 to 18.

Following public donations and pledges of support from the local government and construction companies, Magic Land was not only able to stay open during the pandemic, but organizers have opened a third site and plan on opening an additional 21 sites across Mongolia, says Ganbayar Uuganbaatar, executive director.

Battsetseg says public support is crucial to keeping these organizations open, and she calls on citizens to be “socially accountable” for such spaces. For now, she can only plan on spending as much play time with her daughter as possible in the safe, child-friendly spaces that are available to them.