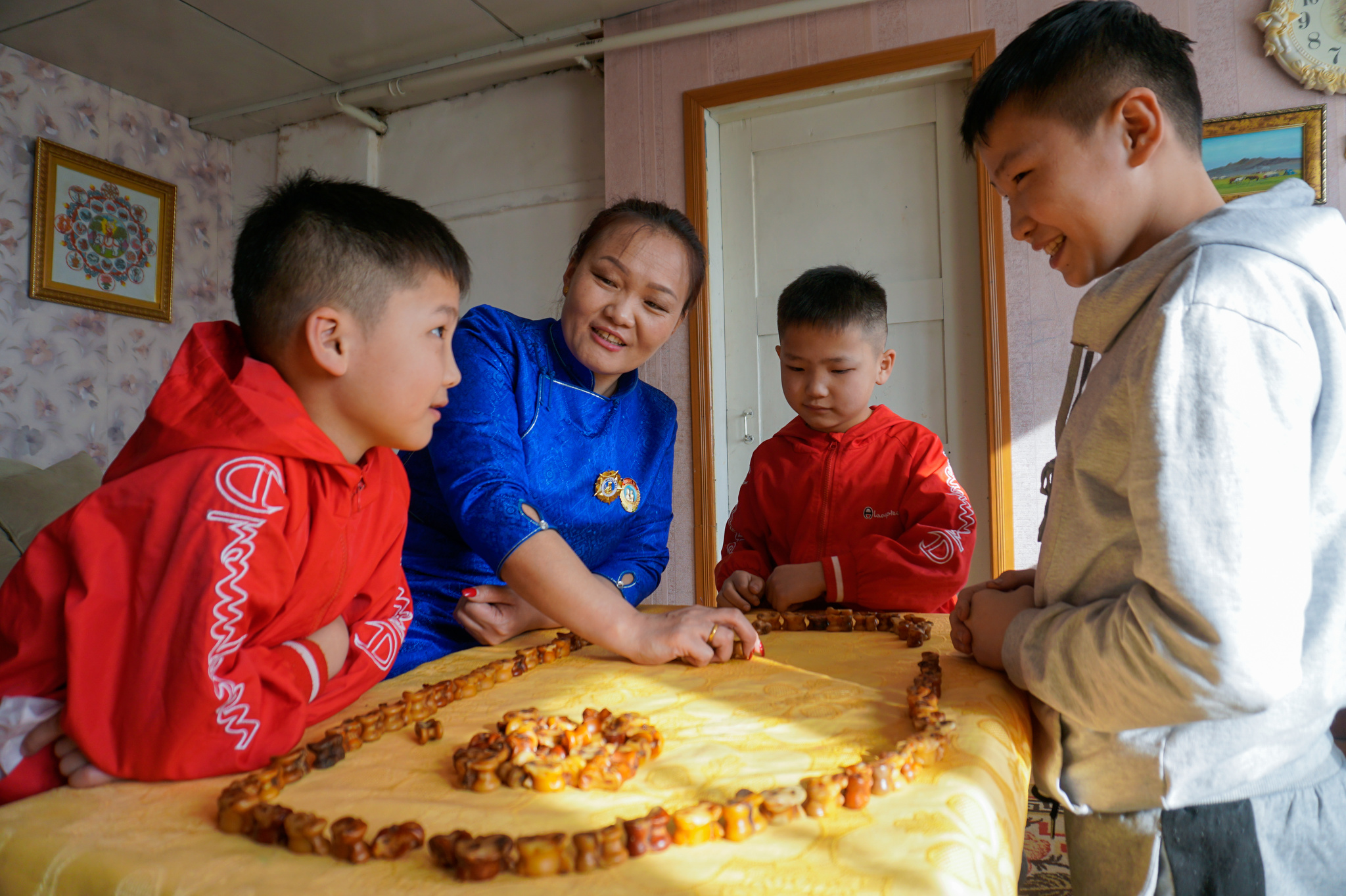 ERDENEBULGAN, ARKHANGAI PROVINCE, MONGOLIA — Unurgerel Enkhtuya was not only proud to produce four consecutive sons, she also was honored with a medal and a title.

After having two sons and then twin boys, Unurgerel was given the title of “Darkhan Ber,” which translates as “champion” or “high-ranking bride,” a Mongolian tradition that celebrates women who give birth to three boys in a row.

Mongolian mothers honored with this title have long enjoyed a higher level of respect within their families. But over the years this tradition has gone beyond familial respect alone to ceremonies where the mother is presented with a badge and certificate, surrounded by family and friends who gather to celebrate her.

This custom now faces a backlash from human rights activists who argue it discriminates against women based on the sex of their children and against those women who can’t or choose not to have children — and that it violates the country’s constitution and Law on Ensuring Gender Equality. They also criticize some local governments for their involvement in these ceremonies, which in some cases includes spending taxpayers’ money on the badges, certificates and ceremonies. 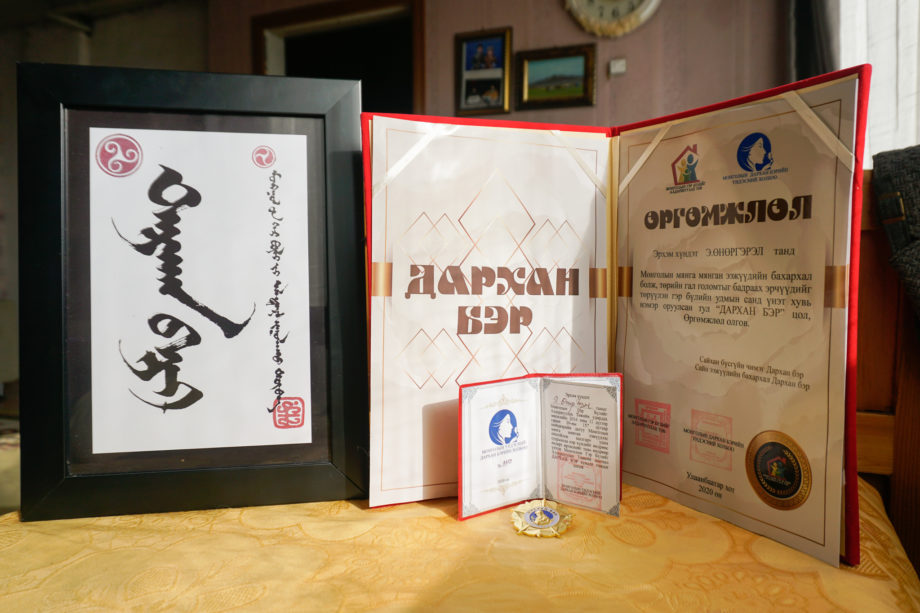 After giving birth to her two sons and twin boys, Unurgerel Enkhtuya was presented with a Darkhan Ber badge and certificate, an honor that also prompted a special tribute from her colleagues at the school where she works.

Traditional patriarchal norms — especially among the nomadic community, where men owned property and livestock while women stayed at home and cared for children — have influenced women’s worth outside of homemaking and child-rearing roles in Mongolian society. These norms remain prevalent in the home, according to the United Nations Children’s Fund 2020 Family and Fatherhood and Gender Change Guidelines.

To challenge these gender stereotypes, the National Committee on Gender Equality, a government organization, has headed numerous awareness campaigns. It recently led one in March and April called “Mutual Respect,” and 167 organizations joined its efforts to advocate for a society where the value of a man and a woman is viewed equally.

Yet the value Mongolian society places on boys over girls remains, as seen with mother Nergui Sunduisuren who, after having her third son, was presented with the Darkhan Ber badge by her mother-in-law in a special ceremony. Nergui recalls how the two of them cried together after her mother-in-law thanked Nergui for strengthening and protecting her children.

Nergui, who works as a janitor for the Arkhangai province health department, says that since she received the honorary title, her co-workers stop when she walks by them because you shouldn’t cross in front of someone who holds the Darkhan Ber title.

“After receiving the Darkhan Ber homage, I have sensed great honor and respect,” Nergui says. 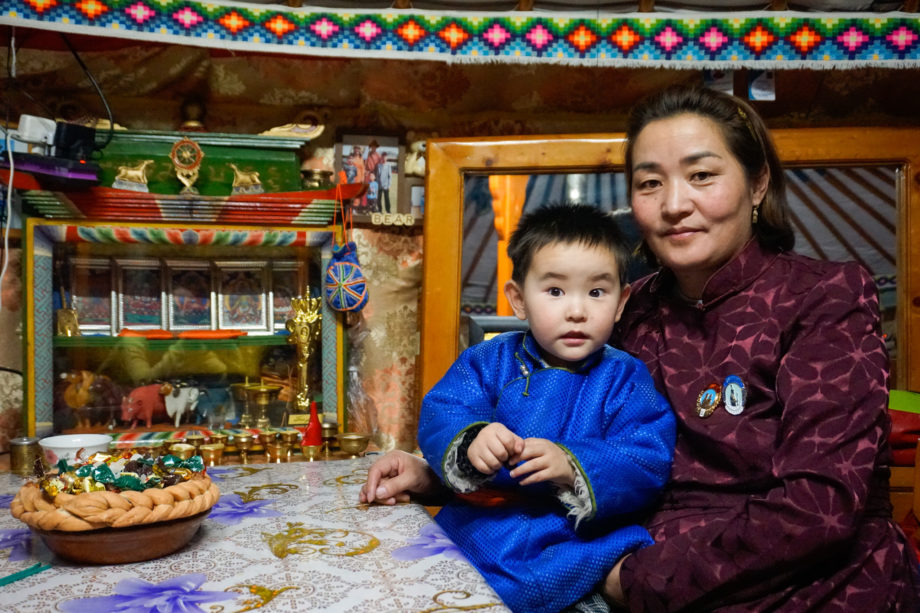 Nergui Sunduisuren sits with the youngest of her four sons, Ochir-Erdene Namkhainyambuu, 3, on her lap. She says since receiving the title of Darkhan Ber, she has sensed great honor and respect.

Bayanjargal Gombosuren is head of the Mongolian Association of Darkhan Mothers, one of a number of nongovernmental organizations that hold Darkhan Ber ceremonies, usually on International Women’s Day, March 8, and Children’s Day, June 1. Bayanjargal says she has been organizing such ceremonies since 2010, and they have changed.

In 2020, Bayanjargal introduced ceremonies for “Uran Ber” mothers, which roughly translates as “skillful bride” — a title reserved for women who have given birth to three consecutive girls. So far, through the association, 3,000 mothers have been honored as Darkhan Ber and 200 as Uran Ber. Many “skillful brides” don’t enjoy the same level of respect as Darkhan Ber mothers.

Oyun, a mother of three daughters who didn’t want to use her full name for fear of retribution, says she was insulted by her in-laws for not producing boys. She even tried to influence the sex of her child while pregnant by increasing her intake of salty foods, believing this was more conducive to producing boys.

“Perhaps I would have been treated the same way if I had given birth to a son,” she says. “But what difference does it make if it’s a girl?”

Such titles have no place in society, says Zolzaya Batkhuyag, founder of Women for Change, an Ulaanbaatar-based organization that fights for gender equality. Zolzaya is concerned with the government’s involvement in these ceremonies. She says it’s easier for local government officials to produce badges, certificates and organize ceremonies to gain community favor instead of focusing on better maternity services, schools and playgrounds. 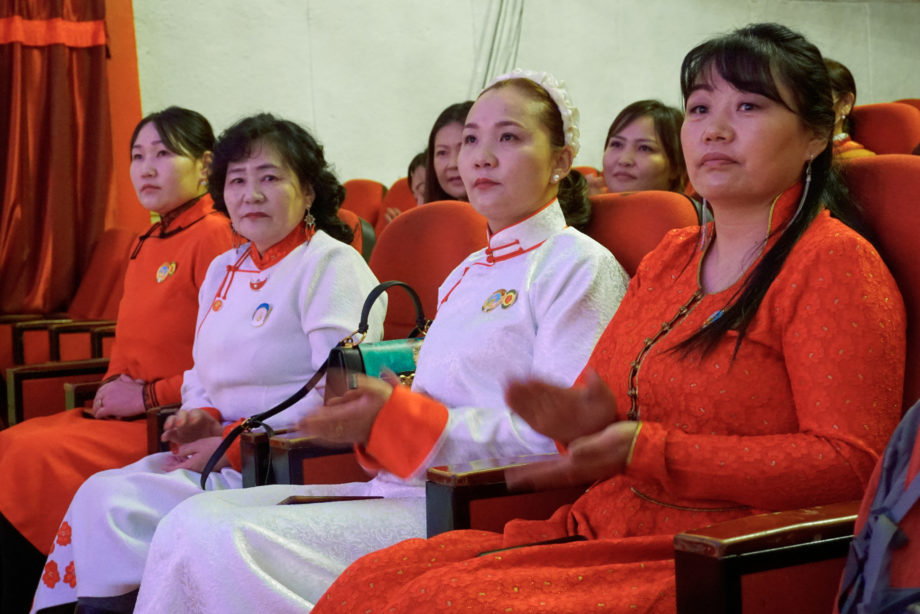 Some local government organizations have advertised their involvement in Darkhan Ber ceremonies on their websites. Khishigsuren Erdenechimeg, secretary of the Citizens’ Representatives Khural, or the local governing body of Dalanzadgad soum, in Umnugovi province, which has spent money on such ceremonies, says the government doesn’t discriminate against mothers with daughters and doesn’t believe such ceremonies are a violation of the law “as this award is given at the request of the people to continue the promotion of Mongolian traditions.”

But this year, Khishigsuren says, they stopped holding the ceremonies after the National Human Rights Commission, a government agency, declared the practice a human rights violation. They have yet to make a decision about whether to reinstate the ceremonies, she says.

Mungunzaya Sukhbat, an officer with the Arkhangai branch of the Human Rights Commission, says selecting women to become Darkhan Ber and Uran Ber not only violates human rights but is discriminatory because it “differentiates between them for having three sons and three daughters.”

For women like Unurgerel, a kindergarten teacher, the Darkhan Ber title still holds importance. She is proud to have four sons who will “continue the family line and keep the family heritage alive,” and she will continue to wear her badge with pride.