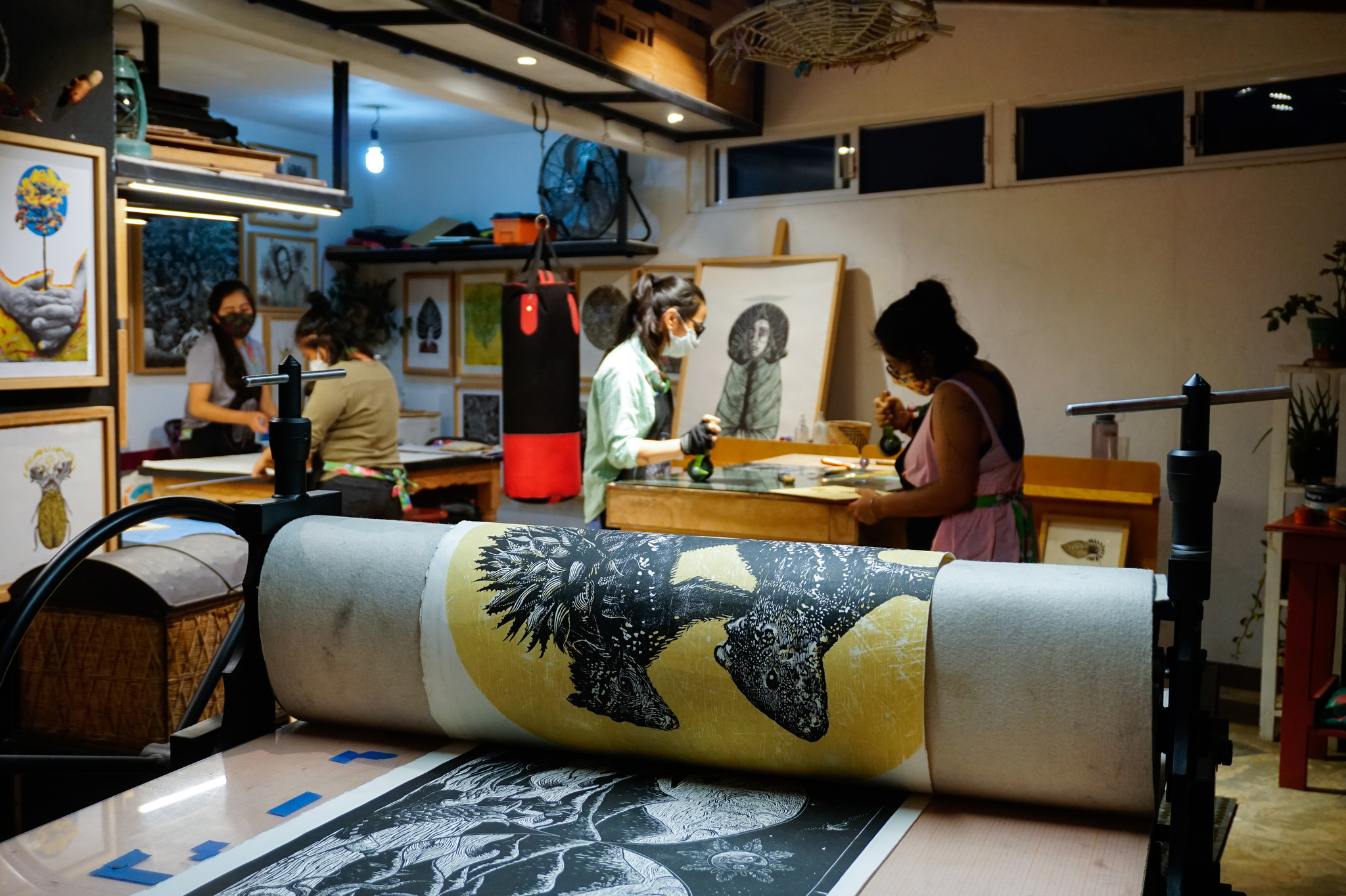 OAXACA DE JUÁREZ, MEXICO — When Daniela Ram began to study engraving at the Benito Juárez Autonomous University of Oaxaca’s School of Fine Arts in 2008, she was struck to see only two or three other women learning the craft. There were 15 men in her class.

After graduating in 2014, she found she wasn’t taken seriously in the male-dominated art world. Other artists questioned her work and dismissed her opinions. Her male colleagues at the local engraving studios were asked to participate in exhibitions and events, but she was never invited.

At the time, she didn’t view this experience as sexism – it was simply how the art world had typically functioned. But it made her uncomfortable. In 2018, Ram decided to open her own engraving studio, just for women.

“I just felt the need to have a space for myself,” she says.

To inaugurate the studio, she put out a call online asking women engravers across Mexico to contribute a work of art to a collective exhibition in the space. In return, she would send them a work of her own. 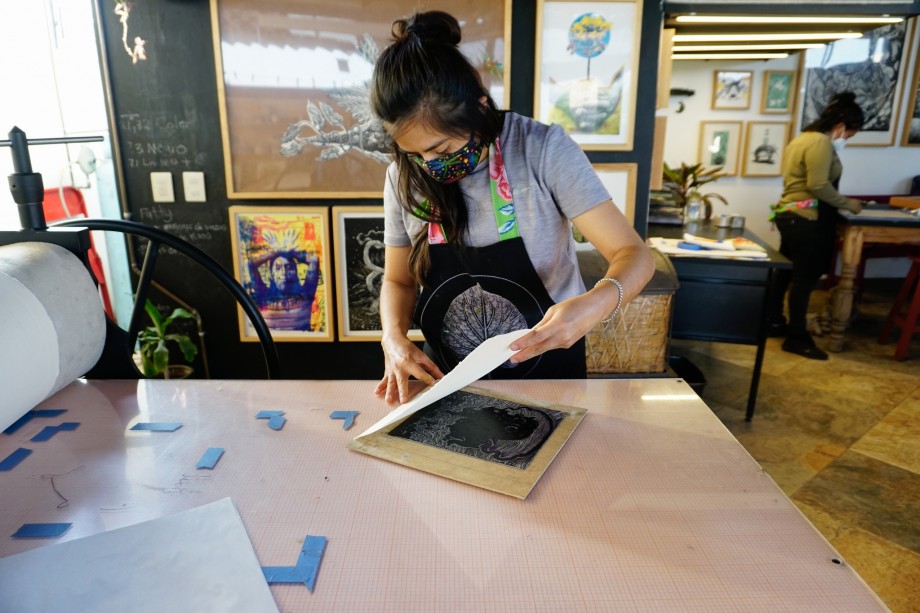 “I started searching the social networks for other women who engraved,” Ram says. “I watched their processes, and that’s how I got the idea of inaugurating a workshop with a collective exhibition of Mexico, not just [the state of] Oaxaca.”

In the end, 30 artworks arrived.

Today, Ram’s studio is more than simply a workshop with tools, an etching press, and walls to display artwork. It has become a vehicle to elevate the status of women engravers across the country.

The studio itself features the work of some 60 women engravers from all over Mexico. It puts on group exhibitions and promotes the works on social media. And the exhibition that Ram organized when she launched the studio, “Mujeres Grabando” (“Women Engraving”), has grown in size and prominence. Over the past three years, it has traveled the country from state to state and now features engravings by 52 artists.

“There are more and more people getting involved now,” Ram says. “The pieces are selling. The project is about sharing, not just focusing on one person.” 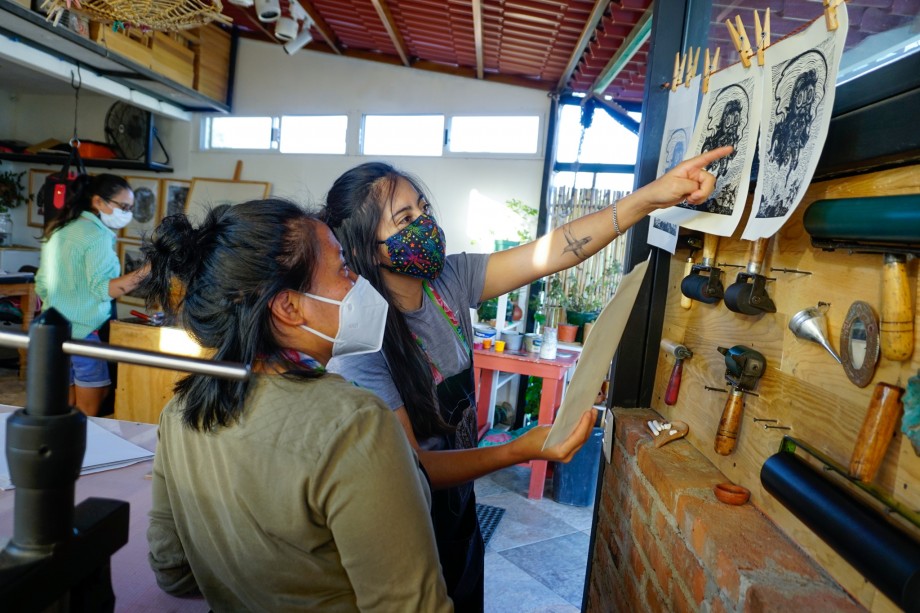 Daniela Ram and Rosario Hernández check the quality of several prints in the women-only engraving studio.

By highlighting the work of women engravers, Ram is not only promoting today’s artists. She’s also forging a link with Mexico’s artistic legacy.

The Workshop on Popular Graphics, founded in Mexico City in 1937, was the country’s first collective of engravers dedicated to social causes. There, artists used engraving as a tool for social and political commentary. Some of the studio’s early members were women who came to Mexico from the United States, including famous artists Mariana Yampolsky and Elizabeth Catlett.

But the history of art in Mexico has been centered on male artists, so other women who contributed to that studio have been largely forgotten, says Dina Comisarenco, an art historian who specializes in women artists.

“Recently, there was an exhibition about the workshop in which some of their work was shown,” Comisarenco says. “The historiography of art has rendered their work invisible, however, and it’s been very difficult to get back.”

Comisarenco says there are many similarities between these earlier engravers and the current generation. Artists from both eras focused on themes of race and the intersection of class and gender. They denounced violence while promoting dignified representations of women and highlighting women’s accomplishments in society, she says. 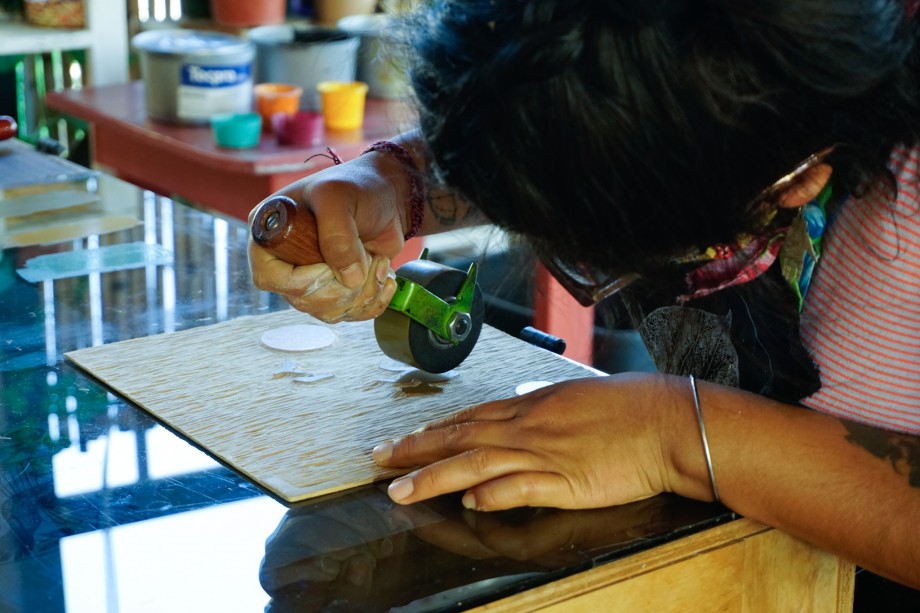 Adriana Pascual, a member of Daniela Ram’s studio, inks a block of wood for printing.

Violeta Juárez, 33, says that when she was pursuing her master’s degree in engraving six years ago, she wanted to explore the issue of violence against women, particularly in the context of romantic relationships. But the pushback she received from her instructors led her to leave the program.

“I tried to show the experience of living through those ugly relationships,” she says. Her teachers criticized her for working in a gray palette rather than using bright, fluorescent colors. They would say, “Why is your work like that? It’s sad, it’s melancholic,” Juárez says.

Women engravers, she says, are constantly forced to justify their work in ways that male artists are not. That can stifle a female artist’s professional opportunities, because so much early success is dependent on well-known teachers showcasing and promoting their work – a dynamic that can leave female artists vulnerable to harassment and abuse.

“A teacher invited me to participate in his workshop, and I thought it was because of my work, but it wasn’t,” Juárez says. “He started inviting me to his house, or to go out, but I didn’t agree to it and since then, his kindness stopped.” 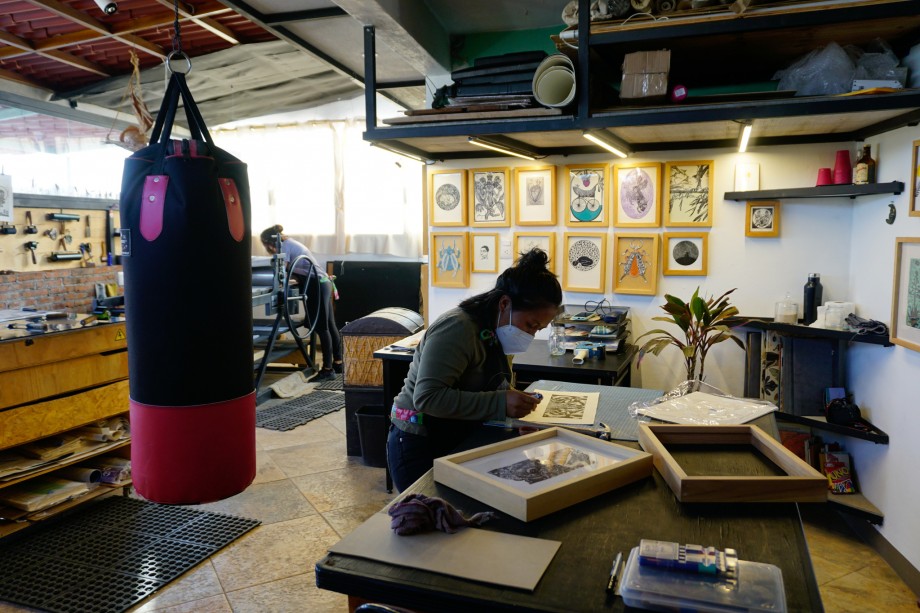 Rosario Hernández joined Daniela Ram’s studio a year after it opened. She is part of the exhibition “Mujeres Grabando,” which is touring the country.

Eunice Barajas, an artist in Michoacán, a state about 800 kilometers (500 miles) northwest of Oaxaca, says she nearly gave up engraving due to the harassment and discrimination she faced – including unwanted advances from a famous engraver.

As one of the artists invited to display her work in Ram’s studio, she has been able to gain visibility and wider recognition.

“The workshop in Oaxaca has something different,” Barajas says. “From the moment they said, ‘Send us your work, we’ll display it in our gallery,’ it became very important to me. They’re not just getting exposure for my work; it’s getting sold and taken to other countries.”

Juárez, too, says that being part of the “Mujeres Grabando” exhibit and collaborating with Ram and members of her studio have freed her. Just as Mexican engravers use their work for social and political commentary, Juárez says that women having their own studios is itself a radical act.

“I’m not saying that we should or shouldn’t create something political in our art,” Juárez says. “It’s already a political act to be able to create and continue doing so without being questioned. That’s already political, and that’s our achievement.”