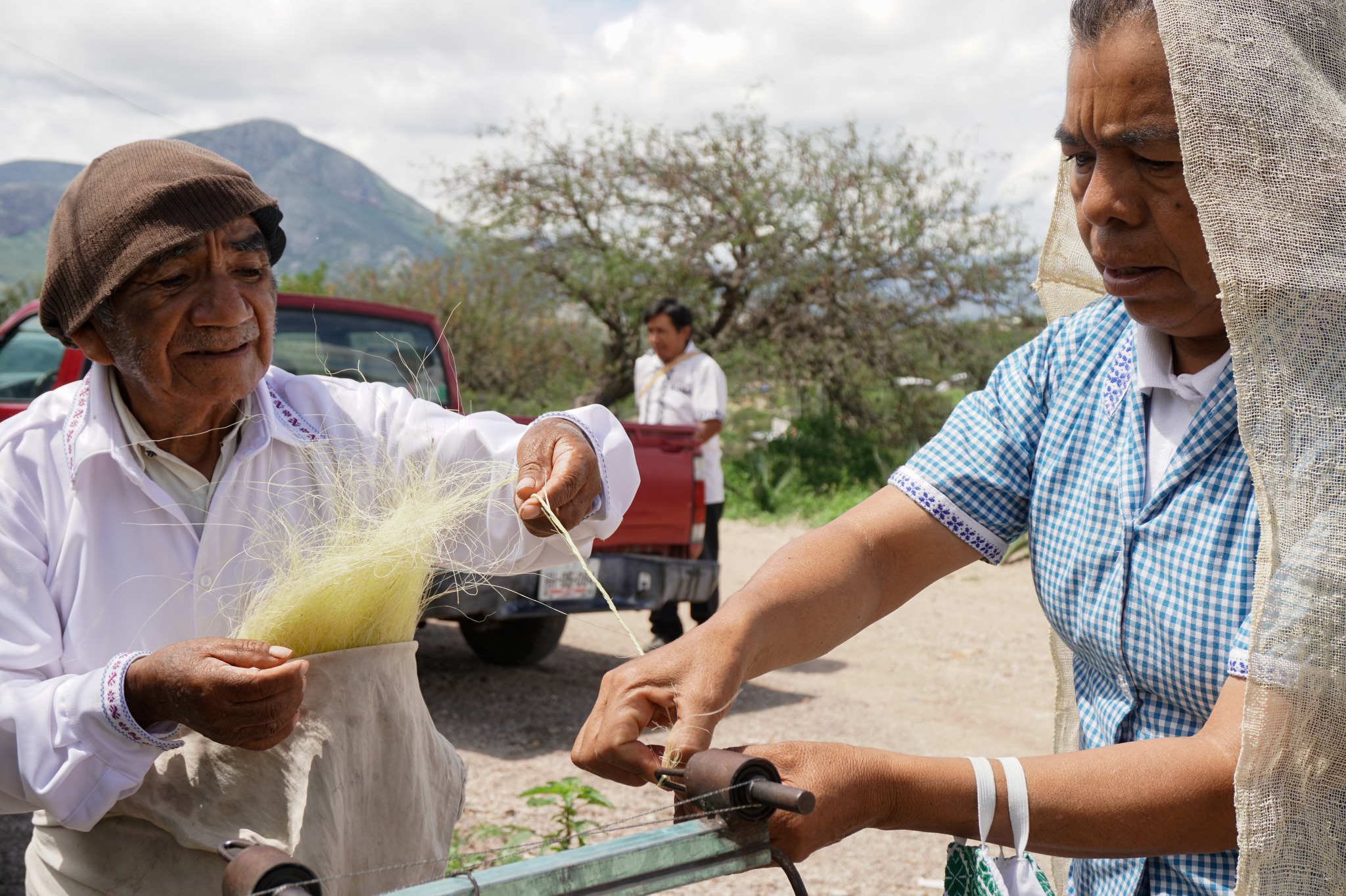 CARDONAL, MEXICO — Plácido Paloma places a maguey leaf on a log and scrapes it with a long, wide knife. His face and arms strain, but his scraping is efficient and delicate – just enough to remove the green pulp of the maguey plant, a type of agave, revealing a tuft of blond fibers known as ixtle.

Paloma is proud of his work. He is a member of the Wäda group – a collective of 14 artisans in the town of Cardonal in the central Mexican state of Hidalgo – which has been working since 2013 to preserve the language, traditions and ancestral knowledge of the Hñahñu people, Mexico’s fifth-largest indigenous group.

Since pre-Hispanic times, the Hñahñu people – also known as the Otomí people in Spanish – have lived in the Mezquital Valley, north of Mexico City, and have used ixtle to make bags, brushes, clothing and other items. The group also derives its name from the plant: Wäda means “maguey” in the Hñahñu language.

Ixtle products were common throughout Mexico until the middle of the 20th century. But starting in the 1970s, ixtle fell out of fashion in favor of plastic products, which are less expensive to produce. Now, ixtle is making a comeback as an environmentally friendly alternative to plastic – particularly since local initiatives to ban single-use plastic bags have succeeded in at least 23 Mexican states. Mexico City’s ban on single-use plastic bags went into effect last year.

“The ixtle bags can help replace the plastic bags that people used to use,” says Raúl Zárate, who sells sustainable products in the State of Mexico. 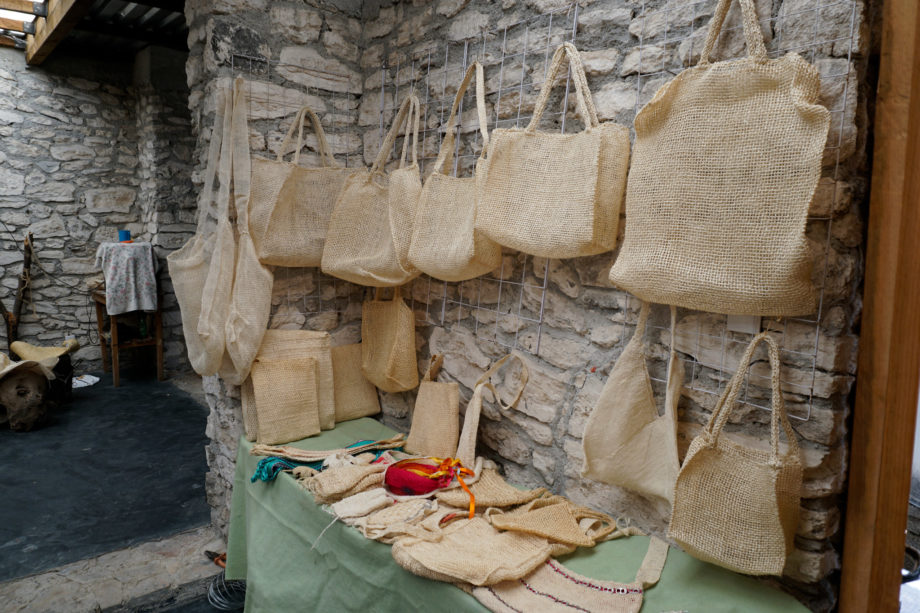 Bags and other ixtle products are displayed for sale at the Wäda group’s workshop and exhibition space.

But for the artisans of the Wäda group, the renewed popularity of ixtle has presented a new kind of challenge. For example, a representative of a large national company recently came to the group with a request to make 8,000 ixtle bags, says Antonia Doñú, a member of the collective.

“We said no,” Doñú says. “Our production is not industrial. To fulfill a request of that volume, we would have to overexploit the land.”

Instead of stretching to meet the demands of the market, the Wäda group works according to what the environment will allow. It typically takes eight to 15 years before a maguey plant is mature enough to be cut for ixtle, and the amount of ixtle they can sustainably extract from the maguey determines how many items they can create. Given those constraints, it’s not possible for ixtle to be a complete substitute for plastic bags, at least not in the short term. 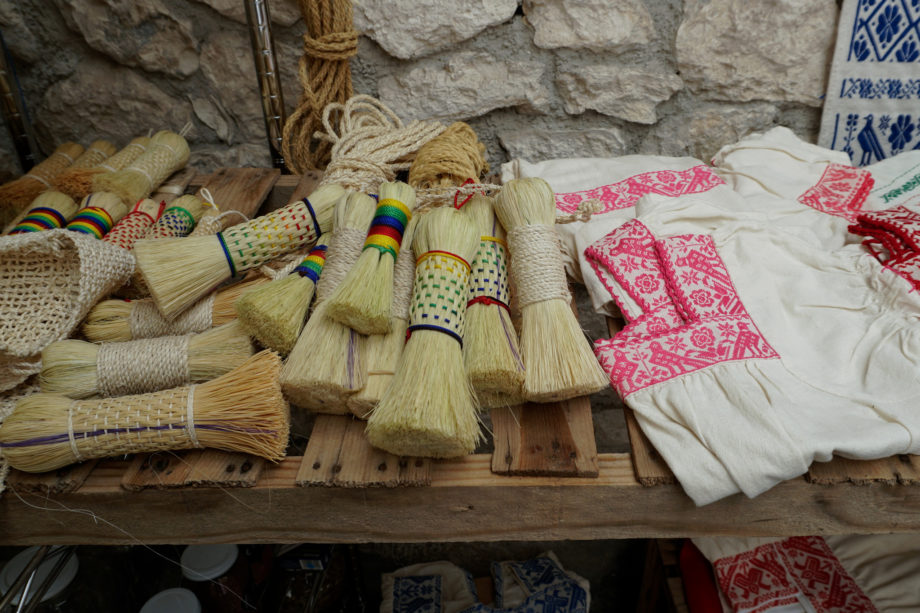 In addition to bags, ixtle can be used to make brushes and other items.

This tension highlights a contradiction at the heart of the movement for sustainable products, says Lissete Montealegre, a Mexico City resident whose online zero-waste store sells ixtle items.

“The zero-waste movement has had a lot to do with rescuing natural materials and fibers, but I feel it is an issue with two sides,” Montealegre says. “On the one hand, we are supporting their recovery, but on the other, their exploitation.”

Montealegre says she always considers artisans first, before her customers. When filling orders, she checks with artisans to make sure a customer’s request is feasible, and she works to educate customers and set realistic expectations about how quickly products can be manufactured and delivered. Large orders with quick turnaround times generally don’t fit into this sustainable framework, Montealegre says. Being part of the zero-waste movement means prioritizing the environment over convenience. 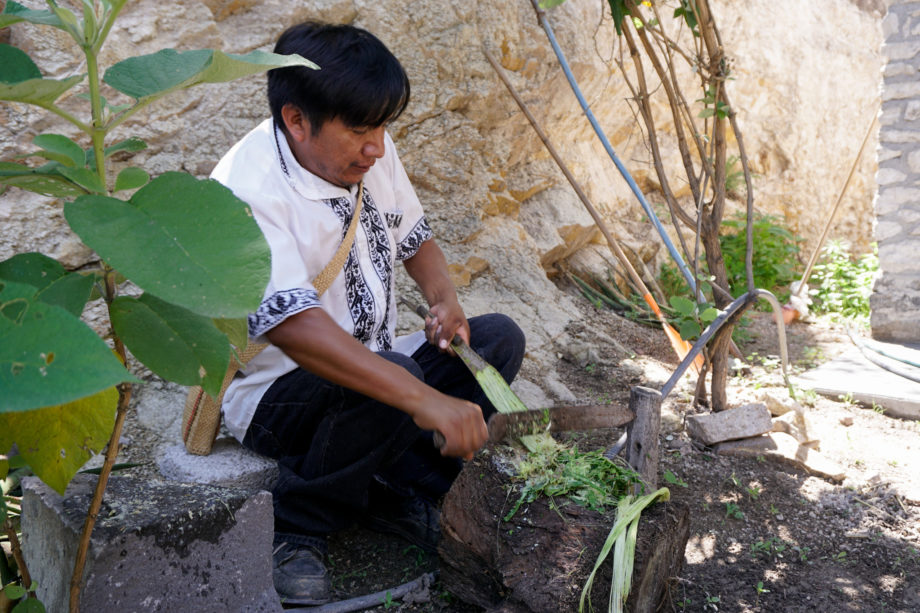 Plácido Paloma extracts ixtle from maguey stalks with a knife.

In order to preserve their traditions in a sustainable way, the Wäda group and other independent artisans work with Hidalgo’s Ministry of Culture, which has provided economic support to the artisans and helped promote their work. In 2018, with advice and support from a number of foundations, the Wäda group opened a workshop and exhibition space in Cardonal, where they hold classes and events to promote their knowledge and customs. Prior to the pandemic, the region’s artisans also collaborated with the Ministry of Culture to organize public events and exhibitions in Hidalgo and other parts of the country, showcasing their traditions and products.

“The Otomí people of Hidalgo in the Mezquital Valley live in a semiarid zone. They serve as examples of great adaptability,” says Raúl Guerrero, coordinator of the UNESCO heritage program at Hidalgo’s Ministry of Culture. “And one of the greatest elements with which they have survived is the maguey, which is a plant that is sacred to them.”

That kind of resourcefulness holds lessons for the broader community, Paloma says, even if ixtle can’t be manufactured on an industrial scale. “It is necessary to transmit our knowledge about the maguey and the handicrafts.”