PUEBLA, MEXICO — Miguel Ángel Reyes and his brother, Jorge Reyes, hadn’t visited their hometown, San Miguel Canoa, in several years. Working as chefs in tourist sites throughout Mexico, the brothers decided in early 2019 to return to the small town nestled at the foot of La Malinche, or Matlalcuéyatl, volcano, in the eastern state of Puebla.

They were shocked to find that a fire had devastated the ancient forest surrounding the town. The smoke darkened the air “like a movie,” Miguel Reyes recalls. In the aftermath of the disaster, the brothers had an idea: They would use their ancestral and culinary knowledge of wild mushrooms to organize a Wild Mushroom Festival, which they hoped would attract tourists and garner support for reforestation.

Little did they know, they were jumping headfirst into a growing industry: mycotourism, or tourism centered on finding, identifying and learning about wild mushrooms.

But the young chefs have a secret ingredient for success. They are nanacateros, a word from the Náhuatl language to describe a select group of Náhuatl speakers who possess ancestral knowledge of wild mushrooms. As interest grows in protecting forests and mushroom habitat, scientists and the general public are increasingly recognizing and valuing that expertise, cultivated by indigenous communities in Mexico over centuries.

Miguel Reyes learned how to identify mushrooms from his grandmother, who began teaching him when he was just 10 years old. On the mycotourism tours Miguel Reyes conducts alongside other experts, he stewards that ancestral knowledge. He provides the Náhuatl name of the mushroom; talks about the traditional ways to clean, cook and preserve each specimen; and shares its significance in indigenous rituals.

Based on oral tradition from their parents and grandparents, who were also nanacateros, the mushroom foragers have learned to distinguish between varieties and evaluate their safety, toxicity and uses. They have also learned the best times to forage and how to find desired mushrooms — a skill with significant economic impact.

Mexico has the second-highest number of edible mushroom varieties of any country in the world, according to data that Dr. Jesús Pérez Moreno, an internationally recognized authority, presented at the Segundo Coloquio de Biología de Hongos, a mushroom biology colloquium organized by the National Autonomous University of Mexico’s School of Science. 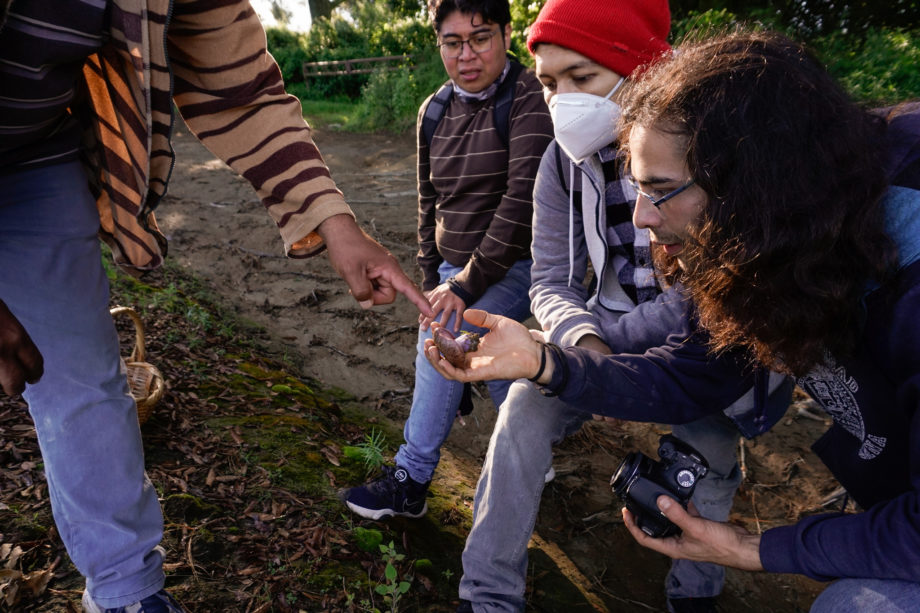 Daniel Claudio Martínez Carrera is technical director of the Centro de Biotecnología de Hongos Comestibles, Funcionales y Medicinales, a center that studies mushroom biotechnology. According to the center’s studies, which Martínez says are the first ever conducted in the country, the value of the mushroom supply chain — including both large- and small-scale mushroom producers as well as foragers — exceeds $250 million per year.

“The economic flow is important,” Martínez says, “and generates more than 25,000 jobs, directly or indirectly.”

For María Isabel Juana Pérez Manzano, a nanacatera from San Isidro Buensuceso, in the state of Tlaxcala, collecting mushrooms brings in additional income for her family. Mushrooms, as a non-timber forest resource, represent a considerable source of income for many families, with an income per foraging season of between 3,360 and 4,320 Mexican pesos ($163-$209), according to the Food and Agriculture Organization of the United Nations.

But mushrooms represent far more than a few pesos for foragers. 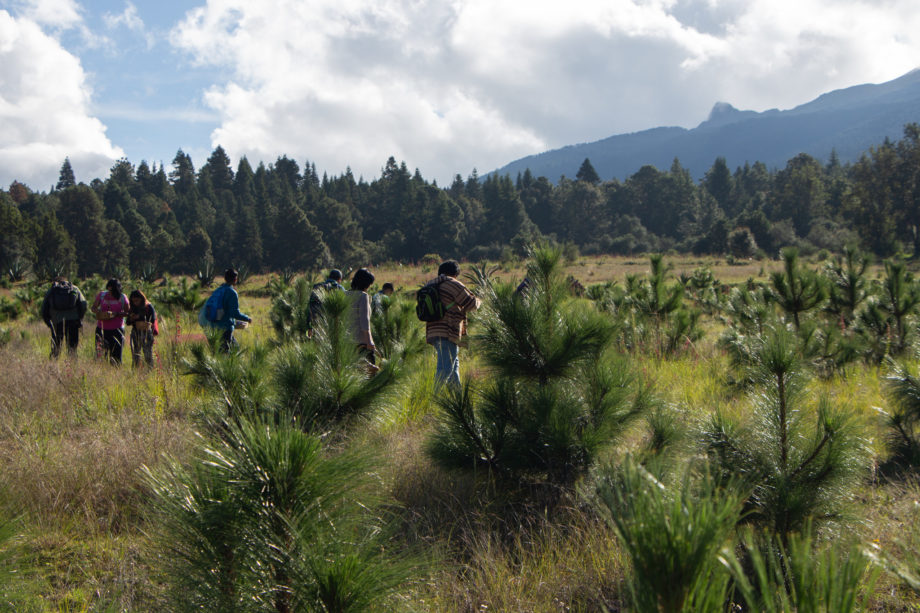 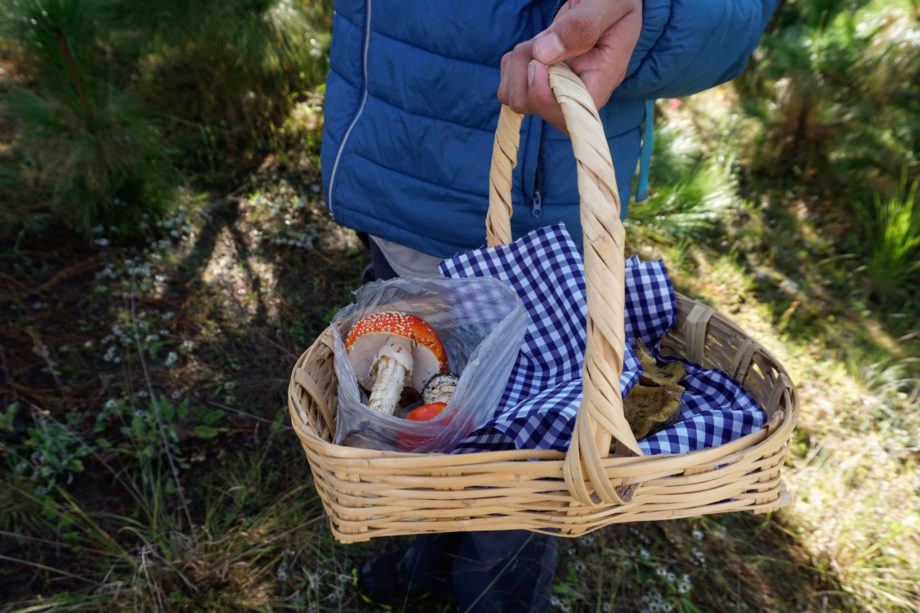 Participants in a mushroom tour forage during a five-hour hike on the slopes of La Malinche volcano in La Malinche National Park. Rodrigo Romero García, 19, a scout and hiking enthusiast, holds a basket of mushrooms collected in the park.

Adriana Montoya Esquivel, an ethnomycologist with the Centro de Investigación en Ciencias Biológicas, a research center at the Autonomous University of Tlaxcala, says mushrooms are vital indicators of the health of their environments. Connecting the local and scientific knowledge of indigenous communities will enhance understanding of the threats against biodiversity — which include illegal logging in the area and forest fires, among others — and promote sustainable alternatives, she says.

Humberto Thomé Ortiz is the founder of the Laboratorio Social de Micoturismo en México, an experimental space for mycotourism collaboration between indigenous communities, the academic sector, the government and the general public. He says the knowledge the communities possess about wild mushrooms needs to be preserved, because it provides critical biological data to which scientists may not have access.

A warning on the website of the Repositorio digital multimedia para la determinación de hongos comestibles y tóxicos de México, a project developed by mycologists from the Institute of Biology at the National Autonomous University of Mexico, reads: “This site must not be used to identify mushrooms in the field and consume them. The only safe way to consume wild edible mushrooms is to purchase them from mushroom gatherers who possess a deep traditional knowledge for identifying them.” 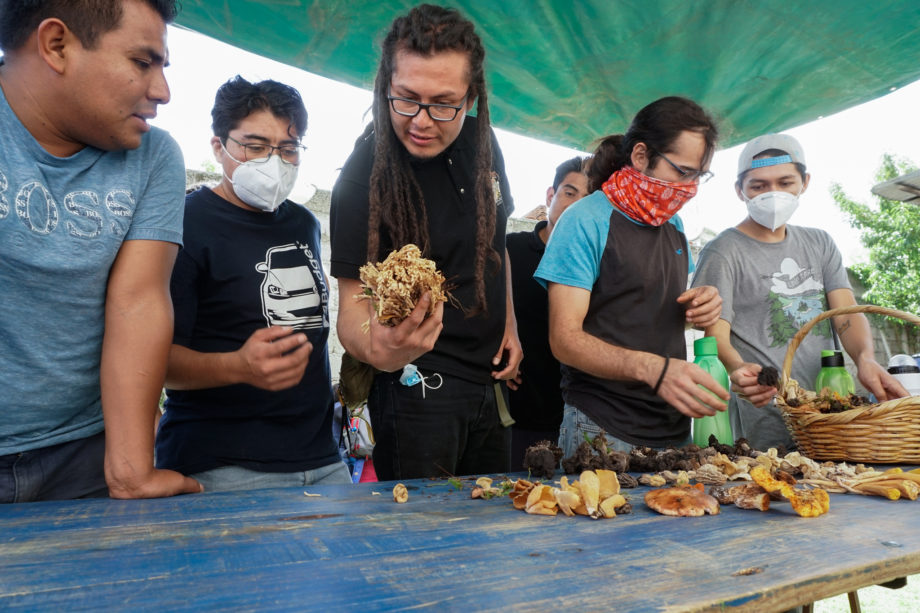 There is an increasing number of mycotourism experiences in Mexico, but Thomé believes that not all of them are structured or regulated well because Mexico, unlike Europe, lacks legislation that addresses mushroom collection.

For Thomé, mycotourism, when formulated and carried out well, can be a model for an important and restorative experience that helps society value — and protect — the environment.

And many mycotourists say the experience is well worth the time and effort.

Alejandra Ávila Cossío, 19, a scout and hiking enthusiast, says it was “fascinating” to learn about mushrooms. And Yamil Hernández Urquieta, 25, a pharmaceutical biochemist who says he was drawn to the tour because he’s passionate about biology, was left with a taste for more. “It was great,” he says, “and we hope to come back again next year.”