The Perroomies program promised temporary dog roommates during Mexico City’s coronavirus crisis. Now the program is over, and many of the dogs and their people have found a bond that’s anything but temporary.

MEXICO CITY, MEXICO — The San Cristóbal Shelter is home to more than 800 dogs. Together, they eat more than 10 tons of dog food each month.

So when the country locked down to ward against the coronavirus and six adoption events were canceled, shelter founder Cristóbal Suárez says he didn’t know what to do with all the dogs that needed homes.

Then he teamed up with local advertising agency Catorce Días and everything changed.

They came up with the idea to offer temporary adoptions, which they dubbed “Perroomies,” or doggy roommates, to people stuck at home, thanks to the suspension of nonessential activities throughout this populous capital city.

The results surpassed their wildest expectations.

“We thought it would be incredible to get [dogs and people] together at least during quarantine, so that they could keep each other company,” says Alejandra Vargas, a publicist at Catorce Días.

When they posted photos of 25 dogs available to be “perroomies” online, it took just five days for them to find temporary homes. Throughout April, the shelter received more than 200 additional applications for the program.

“I had zero expectations. For me, even one adoption makes it worthwhile,” Suárez, 57, says. “But this went way beyond what I’d imagined.”

Given the response, the shelter increased the number of dogs available for temporary adoption to 56. The initiative, which is now over, was designed to provide temporary homes, but 39 of the 56 adopted dogs found forever homes.

“The truth is that having a dog at your side changes your life,” Suárez says. “You have to go through it to understand it, because there’s just no real way to express it.”

María Carolina Bello Flores, a psychologist in Mexico City, agrees. She says adopting a dog during lockdown is a great way to encourage people to go out and get some fresh air. She says pets help reduce anxiety too.

“If you allow them to give you their love, it can give another meaning to your life,” she says. “And when this happens, you don’t want to give up their company.” 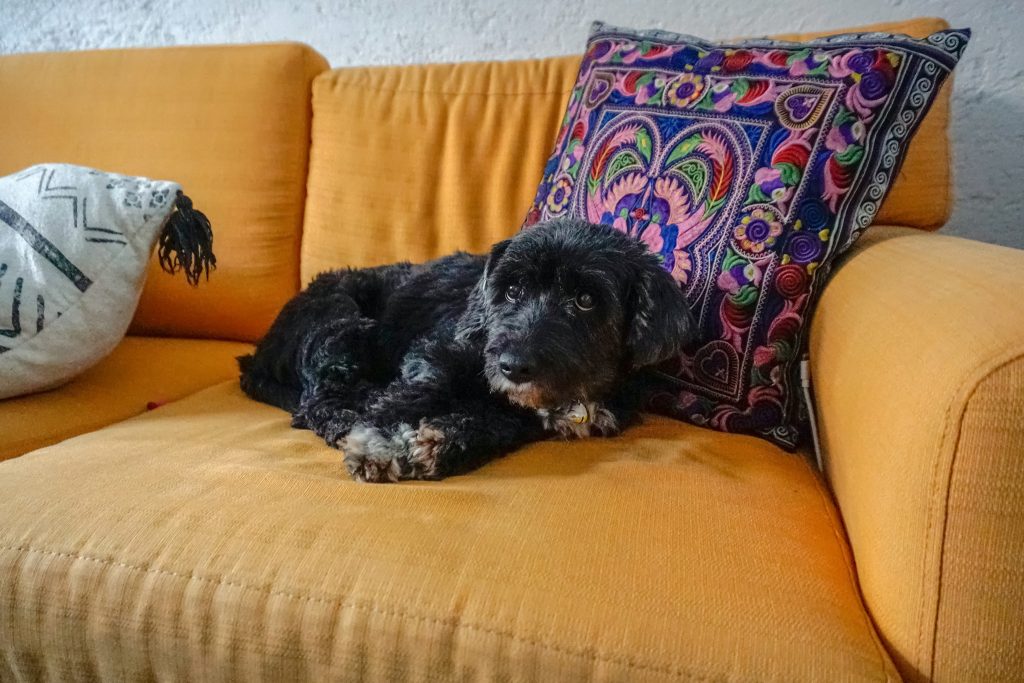 The day Nora González, 35, picked up Sheena, now named Perri, she immediately took her to buy dishes, food and a leash.

“She was about half her current size, all balled up. She trembled a lot,” González says. “We thought that she was scared because of all of the changes.”

But after taking her to the vet, she learned that Perri was approximately 10 years old, had a tooth infection and was deaf, González says.

González says a temporary adoption was never an option for her.

“Once I got her, there was no doubt that I wanted to keep her,” she says. “To us, she’s perfect as she is, and taking her back would break my heart, because it’s not easy for someone to adopt an animal like her.” 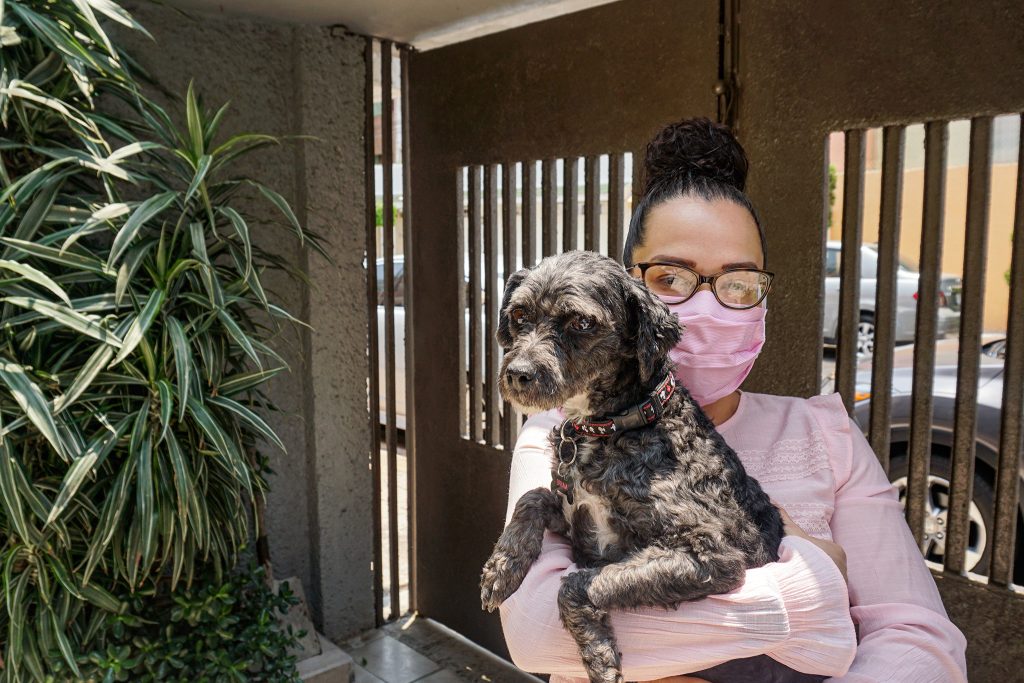 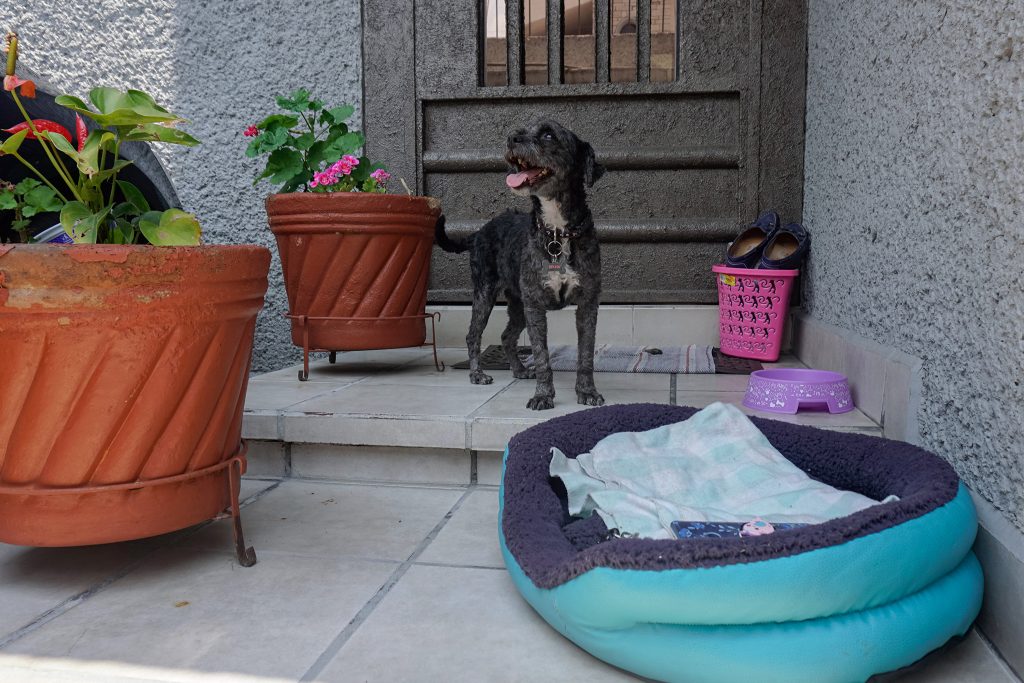 When Berenice Ortega, 42, saw Happy’s face on a social media post for Perroomies, she knew she wanted to adopt her.

Ortega, who renamed the dog Bruna, says she never intended for the adoption to be temporary.

“From the start I decided that the adoption would be definitive,” Ortega says. “For me, a dog is not just a toy or a box – it’s a living thing, and I love her. I didn’t even consider returning her.”

When they told Ortega the dog was on the way, she bought her a bed, a doghouse and “lots of other things,” she says.

Bruna has been an ideal companion during isolation.

“When I’m really stressed, I go to Bruna and hug her, I take her out, we play, and I calm down a lot,” Ortega says. 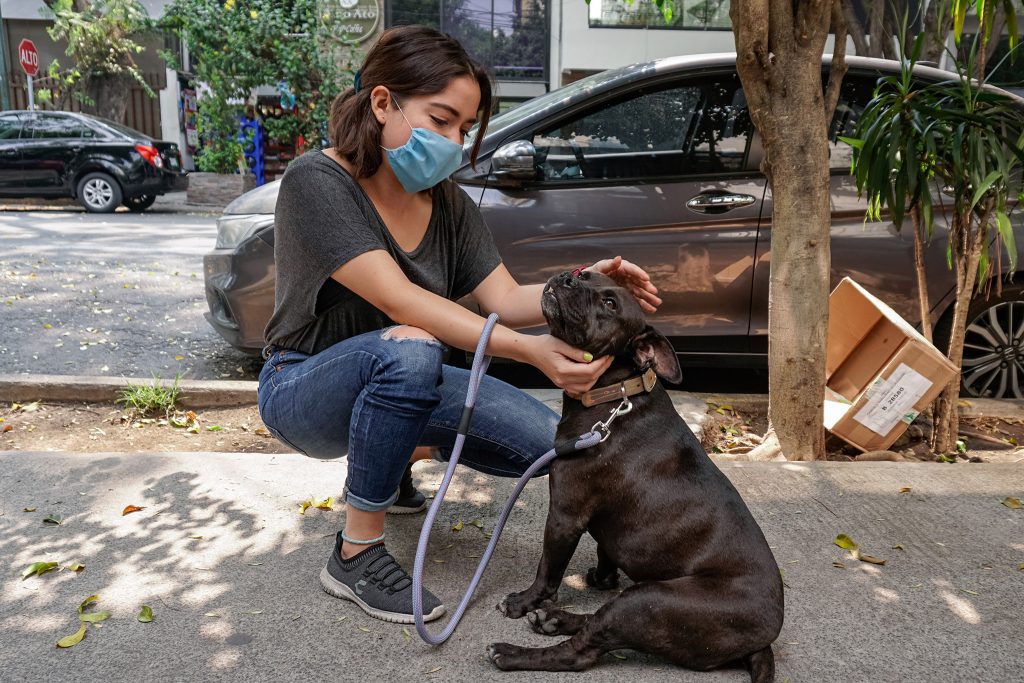 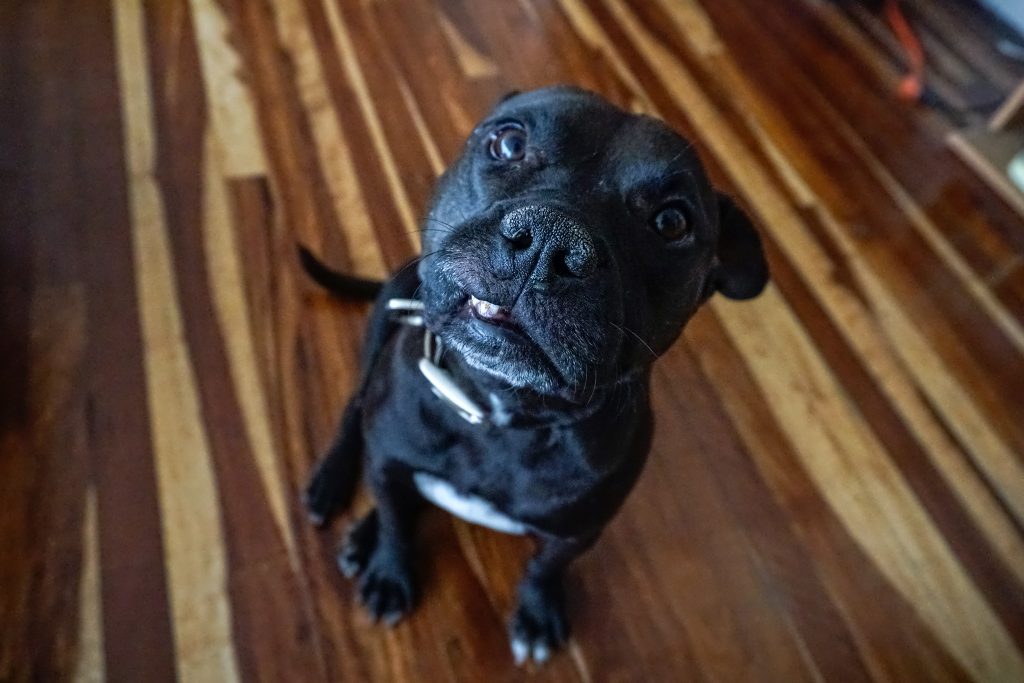 “It seemed like a good idea to adopt a dog during quarantine,” García says. “I really wanted a dog, the initiative appeared, and I said, ‘This is me!’”

Francés’ age and face got her attention.

“His face is what attracted me, and in the description it said that he was 7, and normally those dogs are harder to adopt out,” García says.

Francés had a hard time adjusting to his new home. He refused to go in the door when García brought him home. Now the two are bonded.

“One day I left for a bit, and he started crying because I wasn’t there,” García says. “I bought food, a leash and treats. I already had toys, but I didn’t buy a bed because he sleeps with me.”

Like the others, García says she will make the adoption permanent.

“Now that I’m so in love with this dog, it was much easier to make that decision,” García says. “I’ve assumed responsibility and made adjustments to my life so that he can be with me.”