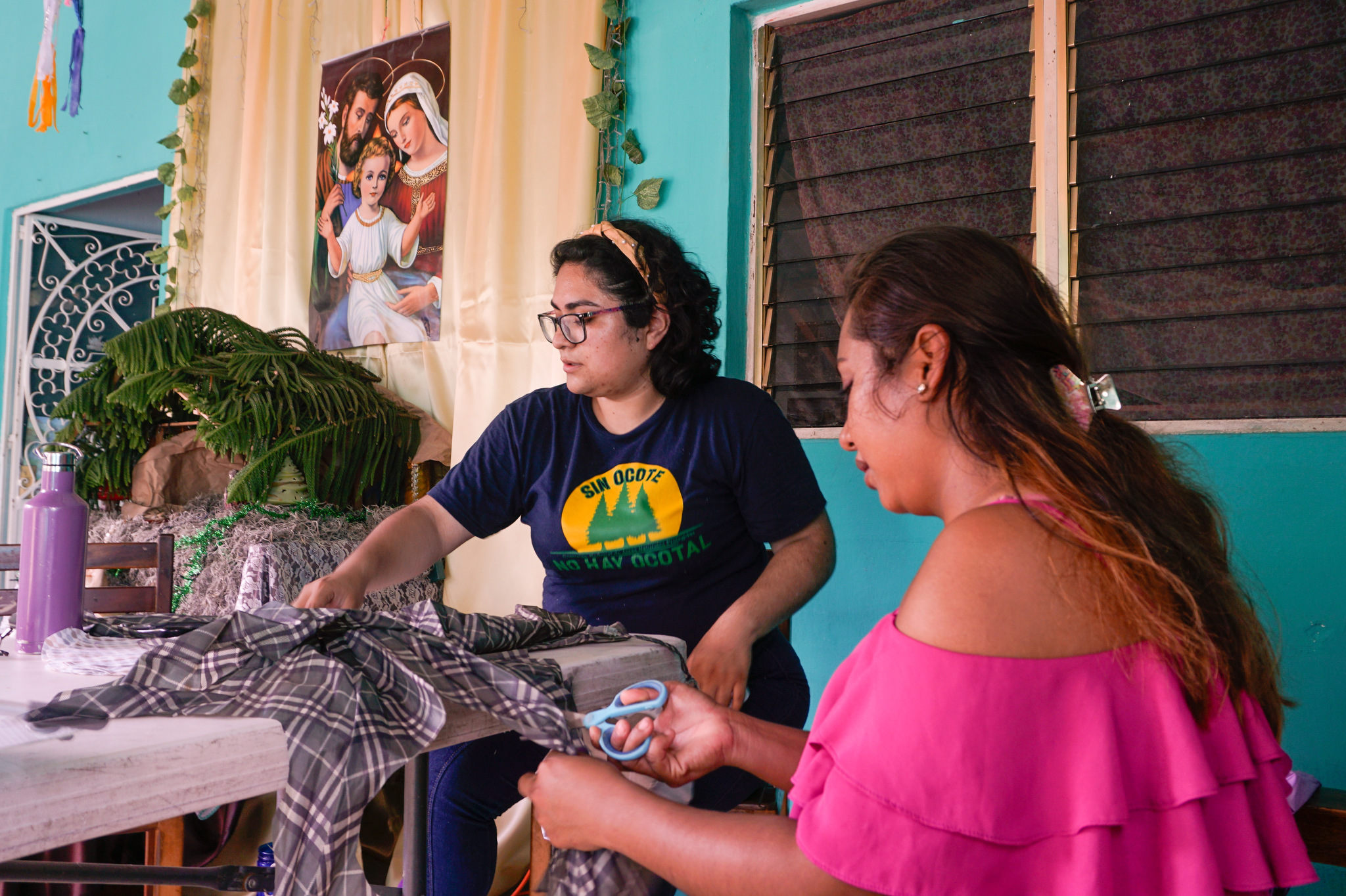 LA PALMA, MEXICO — One muggy day last year, María Concepción López Ojeda stood before a small group of girls and women, armed with scissors, thread, sewing needles and white cloth. “We’re going to make our own sanitary pads,” she told them. Unease flickered across their faces.

In Mexico, menstruation is widely considered taboo, even among families. At some stores, cashiers sell sanitary napkins to customers wrapped in newspaper and stuffed in a black plastic bag, lest others glimpse what they’ve purchased. Yet, over the next six hours, as López demonstrated how to stitch the cloth, the girls stopped giggling and started asking questions.

Are reusable pads safe? (Yes.) Will they stain my underwear? (No.) How long do they last? (Up to five years. Wash them with unscented soap, not bleach.)

Xochilt Gregorio Hernández, 40, sat next to López at a long table. Her daughter helped organize the “Conscientious Menstruation” workshop in La Palma, a rural community of 1,700 south of Chilpancingo de los Bravo, the capital of the southern state of Guerrero. “In my day, we didn’t talk about these issues,” she says. “No one told us how we should take care of ourselves.”

Fewer than 1 in 5 Mexican adolescent girls and women have “precise knowledge” about menstruation, according to the United Nations Children’s Fund, known as UNICEF. This reflects a worldwide problem. A 2019 review of studies from a dozen countries, including Mexico, found that girls often learned about menstruation only during their first period, and that their primary source of information was their mother. 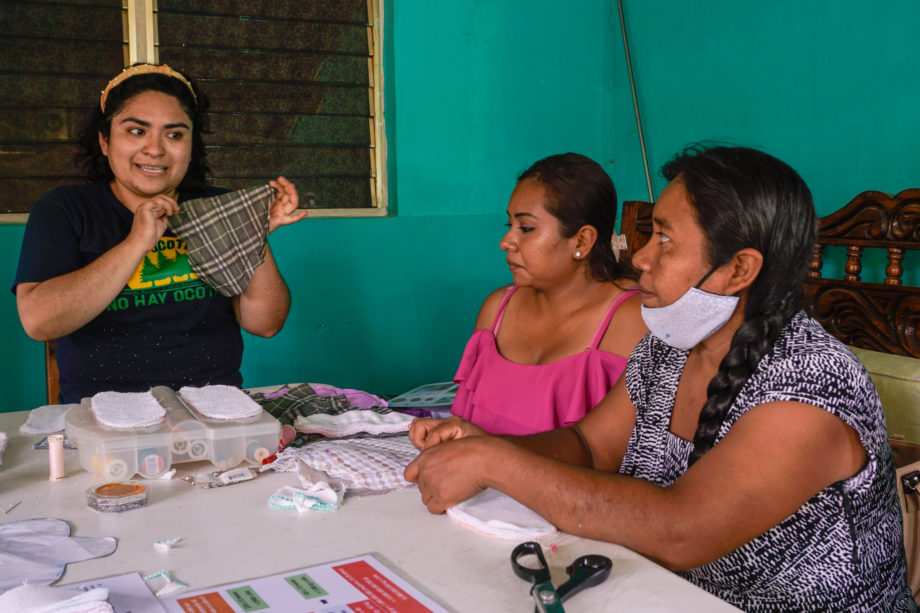 Many girls felt shame, fear or a desire to keep their bodily changes secret, according to the review in the International Journal of Public Health, a publication of the Swiss School of Public Health. “There are girls in the fourth and fifth grades who begin to menstruate, and they don’t know what to do,” says Christian Manzo Ruano, a teacher at a Chilpancingo elementary school.

During their cycles, the review found, many girls struggled to properly cleanse themselves or acquire sanitary pads or adequate substitutes. Some improvised with rags, socks, blankets or grass, but feeling unclean or uncomfortable can keep a girl out of school. According to UNICEF, close to half of Mexican girls would rather stay home during their period — a potential monthly interruption to their education.

López wants to change that. The 27-year-old rallied to the cause years ago when she volunteered at a sea turtle refuge along Guerrero’s coast. Her store-bought sanitary napkins felt ungainly in the sticky, tropical air. Then López attended a workshop where she learned to make her own pads.

“I started to use them and I did see changes, for example, in my menstrual flow,” she says. Because she could wash and reuse them, they were more environmentally and economically sound. For some women, natural-material pads may also prove less irritating, as the chemicals in synthetic ones can trigger irritation and infections, says Dr. Gladis Citlali Esteban Hernández, a general practitioner in the municipality of Acapulco, Guerrero. 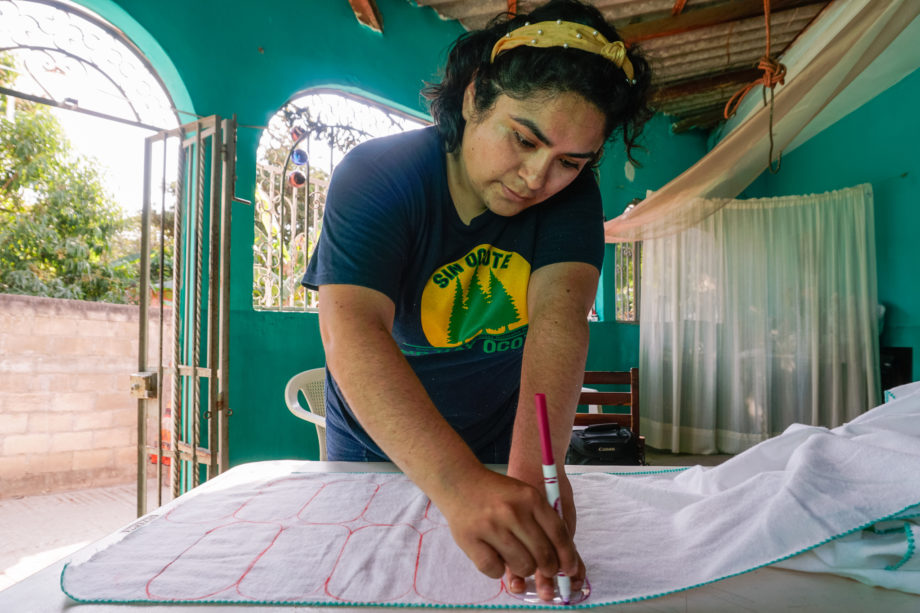 After her brother died of cancer, López launched a business that sells earth-friendly shampoo bars, bamboo toothbrushes and lip balms. In 2019, she started the free “Conscientious Menstruation” workshops, an extension of her mission to help people use products with fewer toxins.

She targeted Guerrero’s rural pockets, where women often have limited access to tampons and sanitary napkins. “There are none — you go to any store and you cannot find one,” says Abel Barrera Hernández, founder of the Tlachinollan Mountain Center for Human Rights, which works with indigenous women in the state’s remote Montaña region. “This puts their health, their hygiene, their care at risk.”

Even in communities that sell sanitary products, money is often a barrier. In Mexico City, the nation’s capital, the monthly cost of menstrual products for two people can equal as much as 6% of a family’s income, according to the United Nations, citing data from the group Dignified Menstruation Mexico. 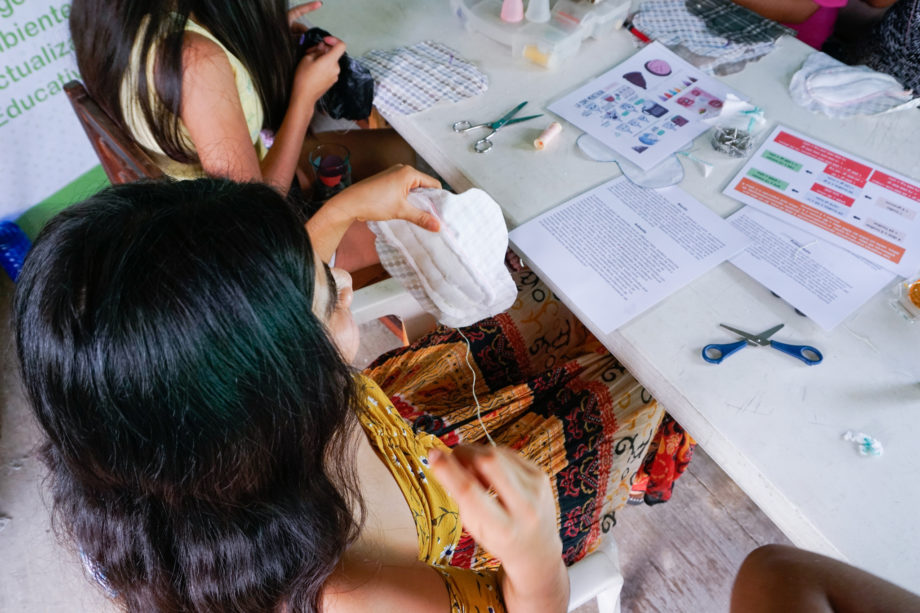 Starting this year, the country’s retailers are banned from charging a 16% value-added tax on menstrual products. Even so, says Uriel Cabrera, who runs the workshops with López, “at the end of the day, women who don’t have money are going to keep struggling to get sanitary pads.”

So López keeps promoting do-it-yourself period protection. In La Palma, her group met in the teal-walled entryway of a local home, under a portrait of the Holy Family. The girls and women cut two to three absorbent cloth layers and attached them to liquid-resistant umbrella fabric that will protect their underwear. It’s a time-consuming and tiring activity.

“My hand hurts already,” one girl says. Another suggested that the process would be easier with a sewing machine. A third mused that she could make money by selling pads to her friends. By workshop’s end, the sky was dark, and each participant had sewn only a single pad. Three girls vowed to try them during their next period. The rest were hesitant.

Correction: This article has been updated to correct the length of time a sanitary pad made at the workshop can last. Global Press Journal regrets the error.