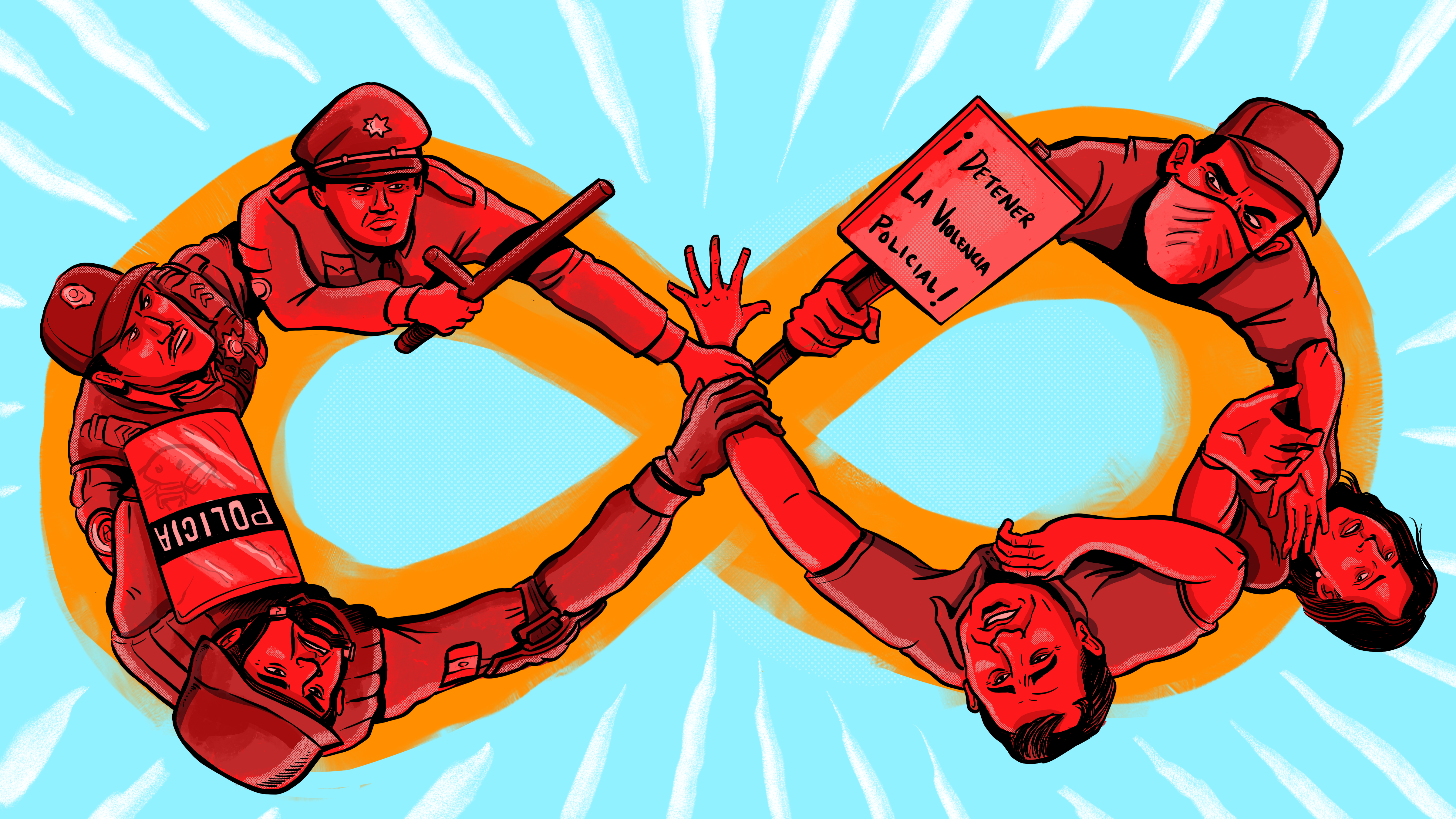 By Lilette A. Contreras Reporter
By Patricia Zavala Gutiérrez Reporter

CHIHUAHUA, MEXICO — Police commander Ricardo Flores and his partner arrived at the suspect’s house and knocked. The year was 2019, and they had come to arrest him for rape. They thought he might be dangerous.

The suspect shouted, “I’m going to kill you. You’re here because you’re friends with the victim and you want to protect her,” recalls Flores, municipal police commander in the city of Cuauhtémoc in northern Mexico’s Chihuahua state.

Then the suspect fired three shots at the officers. They escaped unharmed. But the incident left Flores scarred.

“Every day we go out to work without knowing if we’ll make it back home,” Flores says. “The police officer used to be a figure that commanded respect and authority.”

The commander’s lament speaks to the deepening tensions between Mexico’s police and citizens in recent years. As scrutiny of officers for alleged brutality and other misconduct has grown, so has the rift between police and the population. The mutual mistrust has shaped a cycle of violence and all but shattered the social contract between law enforcement and the people they are charged to protect.

In October 2019, gunmen in the western state of Michoacán ambushed and killed more than a dozen officers. Last year, Mexico City’s police chief survived an assassination attempt. In May, the police chief in the northern state of Sinaloa was killed. And a couple of months earlier, gunmen attacked a police convoy in the State of Mexico, slaying 13.

“Every day we go out to work without knowing if we’ll make it back home.” Ricardo FloresPolice commander

Last year, 524 police officers were killed in Mexico, up from 452 in 2018. Many of the murders involved drug gangs and cartels.

“There is a constant mistreatment of police forces,” says Luis Carlos Sánchez Díaz, a researcher for Causa en Común (Common Cause), a civil society group that focuses on law enforcement issues in Mexico.

At the same time, he says, police violence has left citizens outraged. Amnesty International, the London-based human rights group, says police violence is a worldwide crisis — from Kenya and Jamaica, to Iraq and Brazil, to the United States and Mexico. Throughout the world, the 2021 report notes, “Impunity for killings by police often leads to a deadly cycle of violence.”

A dozen officers in the U.S.-Mexico border state of Tamaulipas were charged in February with killing 19 people, most of them Guatemalan migrants. The bodies, found in January, were shot and burned.

In other instances, Sánchez Díaz says, technology has revealed police abuses that once would have escaped publicity. One example: the death of Victoria Esperanza Salazar. 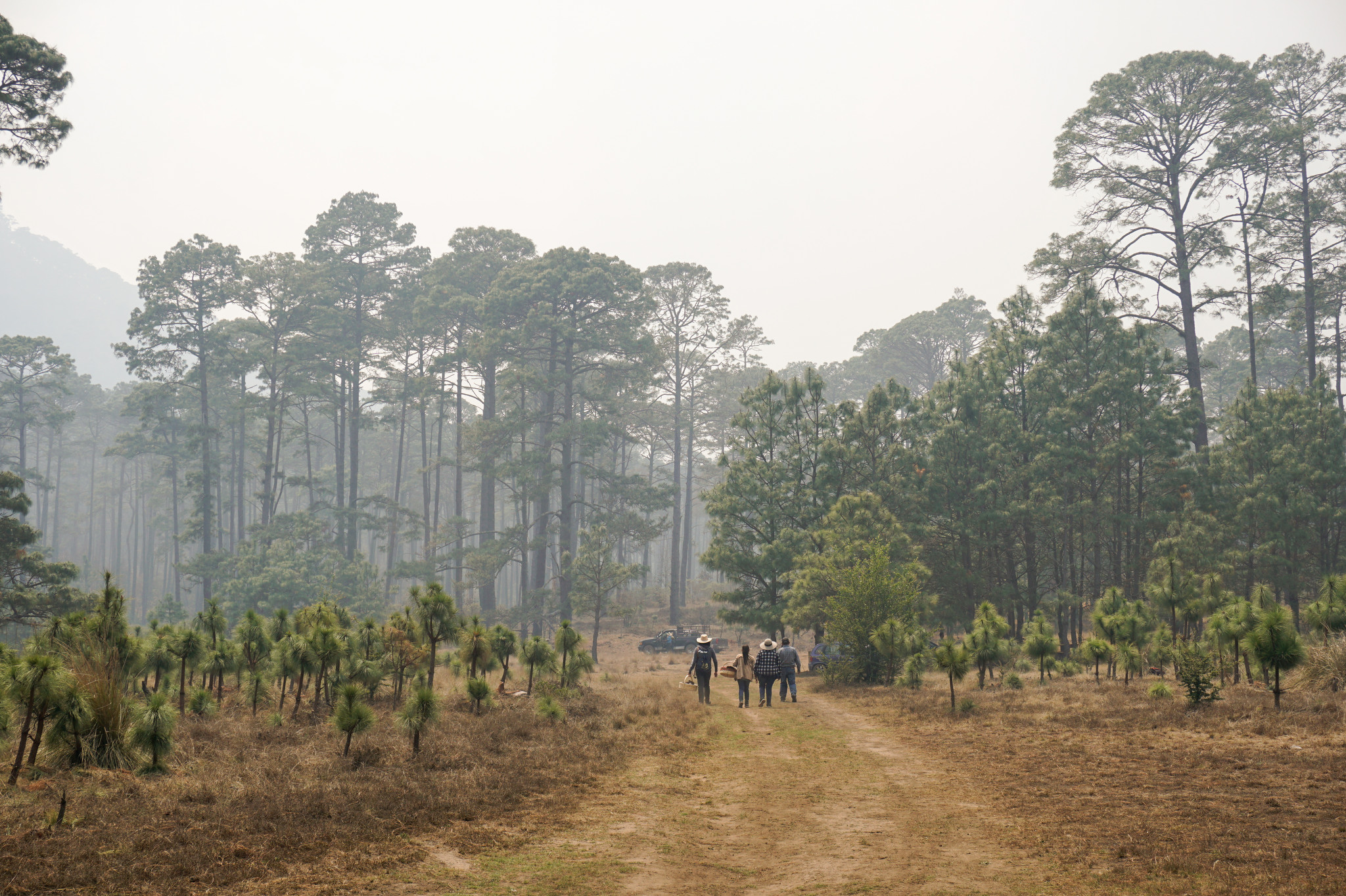 The Village That Ditched the Drug Trade for Tourism

In March, in Tulum, Quintana Roo, a state in southeast Mexico, police found her behaving erratically in a convenience store. Four officers sought to arrest her. One kneeled on her upper back, echoing the maneuver that a U.S. police officer used to arrest George Floyd, whose death provoked worldwide protests in 2020.

Salazar, 36, suffered two fractured vertebrae and died. A native of El Salvador who had two teenage daughters, she had lived in Mexico on a humanitarian visa. The presidents of both Mexico and El Salvador condemned the killing. Human rights groups expressed alarm. In Tulum and Mexico City, protests erupted.

“The police body-control technique applied and the level of force used were excessive and unmoderated, with high risk to the victim’s life,” the state attorney general of Quintana Roo said in a press release.

In Mexico, state and municipal police branches as well as the National Guard — which replaced the federal police — oversee public safety. Mexico’s Congress has clipped budgets for law enforcement in recent years, Sánchez Díaz says. In addition to depleted funding, the World Justice Project, an independent, international human rights group that focuses on rule-of-law issues, found that other challenges, such as poor working conditions and lack of training, have crippled public safety throughout the country. Alleged police corruption adds to the crisis.

A National Guard officer, on the force for three years, fears for her life. And she says she understands the public’s anger: “Because of the events that have happened, we are in the eye of the hurricane. People pay more attention to us — if the [police] procedure was well carried out, if an officer committed an abuse of authority. All those details are very much noticed by the civilians. They pay attention to everything.”

Perhaps not surprisingly, public trust in police has withered. World Justice Project Mexico found that roughly 54% of the country’s people trust their state police and only about 51% think they are effective.

That fury often shows up on social media videos, which constantly depict “citizens getting into fights with police officers,” Sánchez Díaz says. In one recent video, he recalls, a traffic officer in Mexico City was using a “spider” — a device that immobilizes a car — when “a citizen started hitting the cop.” 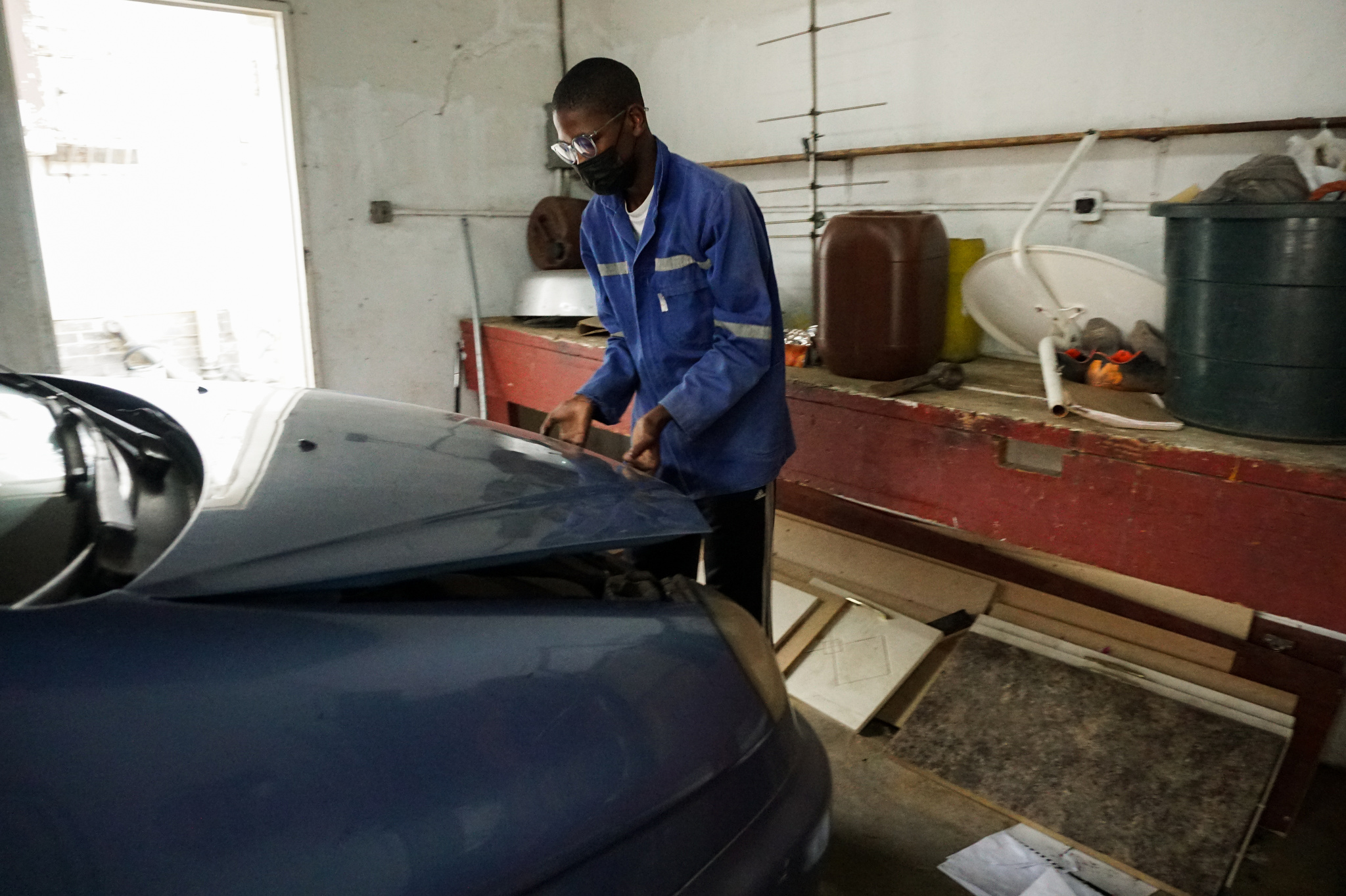 On Sept. 8, 2020, her daughter, Jessica Estrella Silva Zamarripa, and Silva’s husband, Jaime Torres Esquivel, were returning home to the town of Lázaro Cárdenas in Chihuahua after participating in a protest and takeover of the controversial La Boquilla dam, 119 kilometers (74 miles) south.

As they drove through the city of Delicias, 33 kilometers (20 miles) south of Lázaro Cárdenas, shots were fired on them at a gas station. The gunfire left Silva’s husband seriously injured. Silva died.

Neither had been carrying a weapon. And when they were shot, they were inside their vehicle. They still wore their seat belts.

Witnesses said members of the National Guard had done the shooting. And after several days in intensive care, Torres recovered and confirmed their account.

Luis Rodríguez Bucio, commander of the National Guard, later told a press conference that Guard members were in a convoy when they heard gunfire. They didn’t know where it was coming from. Just as they were responding to the shots, the commander said, Silva and Torres drove by.

It was, he said, a “terrible, unfortunate accident.”

“In both initial and continuous training, the personnel are trained on the different police action protocols, with special emphasis on the correct use of force, which prevents unfortunate cases such as what happened in the State of Chihuahua,” Soto says.

That is cold comfort for Justina Zamarripa. Throughout an interview, she weeps.

Last October, the National Guard announced the arrests of six of its members involved in the shooting. They were charged with homicide and attempted homicide.

“Let’s switch places,” Zamarripa says. “If I had been the one to murder someone in the National Guard, where would I be? I bet they’d have already killed me.”