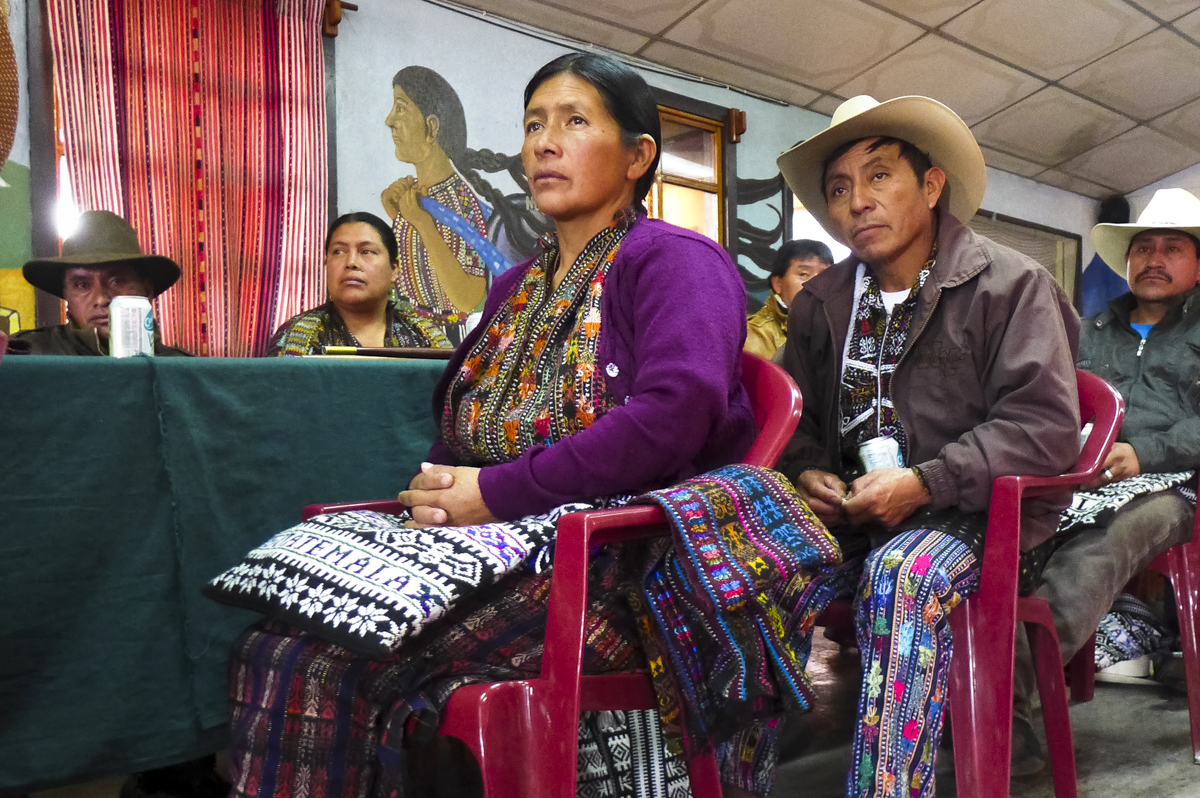 SOLOLÁ, GUATEMALA – The meeting is in session, and from above, the room appears to be filled with men wearing sombreros, the wide-brimmed hats commonly worn in this rural area. But among them, four women raise their hands to participate.

This is the meeting of the community mayors who represent the cities, hamlets, areas and villages of the Sololá municipality in southwestern Guatemala.

INSIDE THE STORY: “This Was the First Time I Felt Discriminated by the People of My Own Ethnicity”

A GPJ reporter in Guatemala faces push-back from her own community when she shows up in pants instead of a traditional dress.

The mayors, whose terms started in January, are elected by the committee of community mayors and the community’s Consejos Comunitarios de Desarrollo Urbano y Rural, in English the Community Councils of Urban and Rural Development. They are unpaid, and their terms last for one calendar year. Community mayors are tasked with improving their community’s infrastructure and other needs. They don’t have any legislative authority, but they also assist families in resolving internal conflicts.

Of the 71 community mayors in this municipality, there are only four women, despite a population that is 51.5 percent female, according to government data.

The area’s cultural and social practices, which include conservative views on gender roles, bolster the power and dominance of men, Chay says.

In Sololá municipality, 85.4 percent of the population is indigenous, according to 2011 government data.

Here, a woman is expected to manage her home, not engage in politics, says Andrés Lisandro Iboy, mayor of Sololá municipality.

“It’s not traditional, the participation of the woman, and reaching this has been difficult,” he says, adding that he congratulates the husbands of those four women for allowing their wives to participate. 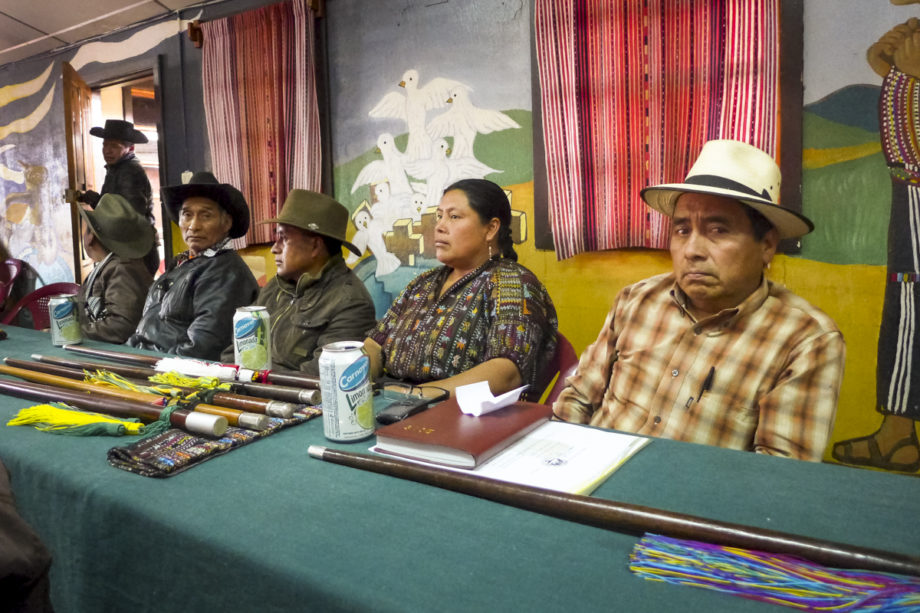 Inés Saloj (second from the right) attends a weekly meeting with 70 other community mayors in the Sololá municipality in southwestern Guatemala.

Historically, women who participate in politics throughout Guatemala’s indigenous rural regions have done so as placeholders for their husbands who must work elsewhere, Chay says.

Some women are not allowed to make their own decisions without consulting their husband, he says.

Tomas Saloj Guit, the municipality’s indigenous mayor, says the women who are mayors are part of a trend of upward mobility for female politicians. There was just one female mayor last year, he says.

About 30 women have served over the past five years, Iboy says. 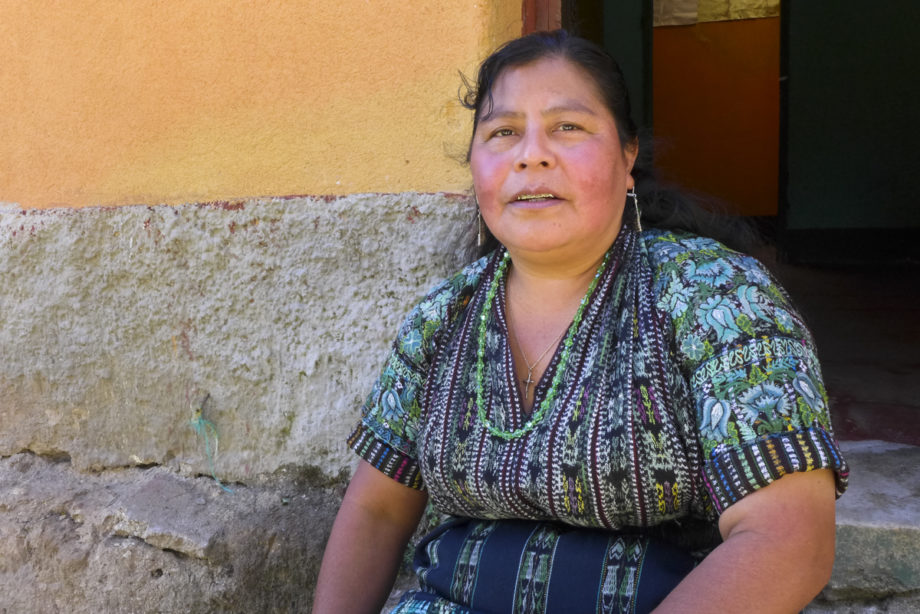 Angelina Chiroy, a community mayor, says she’s been criticized, even by her own family, for participating in politics.

This was the first year that Angelina Chiroy, 46, was nominated to run for the mayoral spot for Caserío Monte Mercedes, an area within the Cantón Sacsiguán hamlet. She says she bested eight opponents in the election.

“I felt proud,” Chiroy says. “Among the candidates were men and women. I couldn’t believe it.”

But the achievement of being elected has been hampered by discrimination, she says. The community isn’t ready to accept a woman in politics, she says.

Chiroy says she’s heard women questioning why she took the job. Even members of her own family didn’t initially agree with her taking the position, she says.

“My husband got mad the moment I was elected,” she says.

Chiroy says he told her, “’You don’t have any shame!’”

But a week later, she says, her husband and sons recanted. They told her they realized that a woman can guide the community.

“Of course the other subjects are important: Health, education, but there are professional people who will help me with that situation,” she says. “But with the matter of women, almost no one gives it importance. For that, I have decided to work with women.”

Chiroy plans to organize workshops to help women launch political careers. She wants to be an inspiration for others, she says. 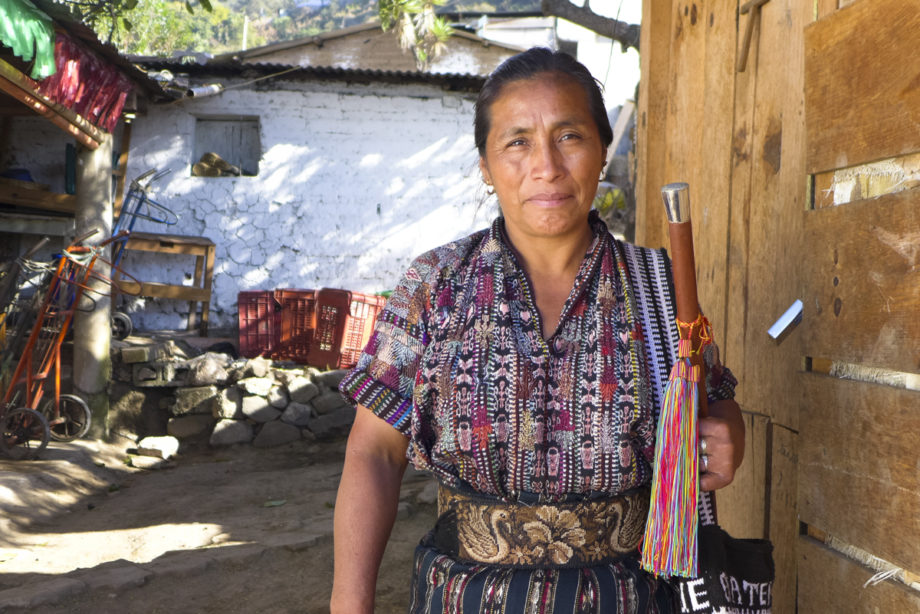 Marina Morales, the community mayor of Barrio El Calvario, has a simple plan: “To organize my people to clean the town’s streets. It’s the biggest problem in my community.”

Morales plans to use her term to end pollution and beautify her area. She’s concerned, she says, about dirty water and the plastic bags that litter the streets. She hopes to work with teachers to create programs for children to learn about recycling and responsible garbage disposal.

The community’s future success depends on youth participation now, Morales says. She hopes to get young men and women to attend meetings and foster their interest in politics, and is considering implementing a fine for lack of participation.

Morales’s husband was nominated for the spot, but together the couple decided that she would run for election in his place so that he could continue working as a day laborer. His work often takes him outside of his community.

“What I do now, I consult my husband,” Morales says. “I know he has ideas, and tries to help me. I give my opinion, but he always gives me ideas of what I can do.”

Morales says she feels obligated to her community. Her goal is to leave something behind, and leave her community better than she found it, she says. 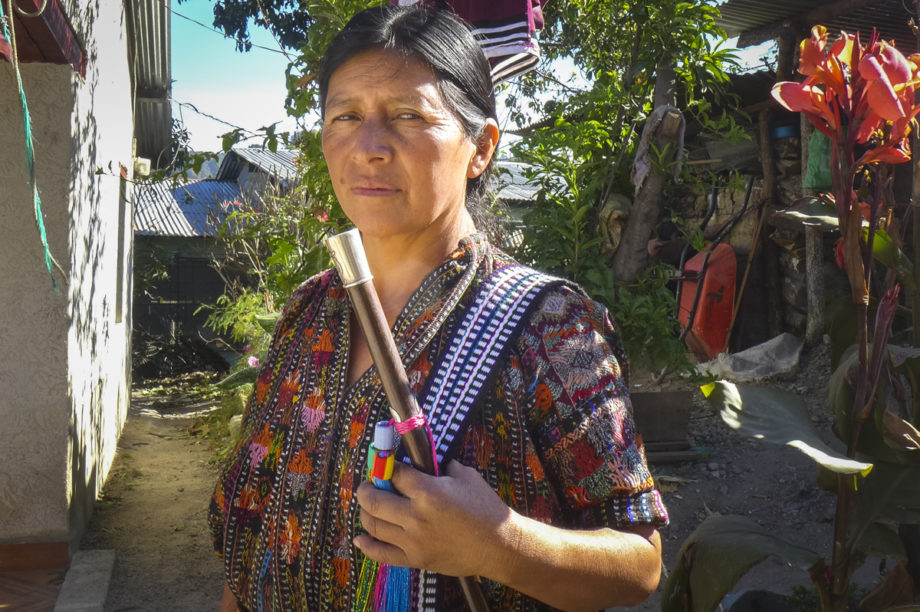 Micaela Soch, seen here holding her community mayor stick, says she hopes more women, especially those who have university degrees, will participate in local politics in the future. Seeing other women participate in politics energizes her, she says.

“When they elected me as mayor, I didn’t have to ask my husband for permission,” she says. “He knew that it would be my turn one day. When I arrived home, I told him they had elected me, and he encouraged me.”

Soch says she and her husband have an understanding that she will make decisions as mayor.

Most college-educated women don’t get involved in politics, Soch says, because they’re engaged in careers. Those women could improve their communities, she says.

Soch says she can barely read or write. She considers herself intelligent, she says, but knows that educated women could offer strong leadership for their communities. 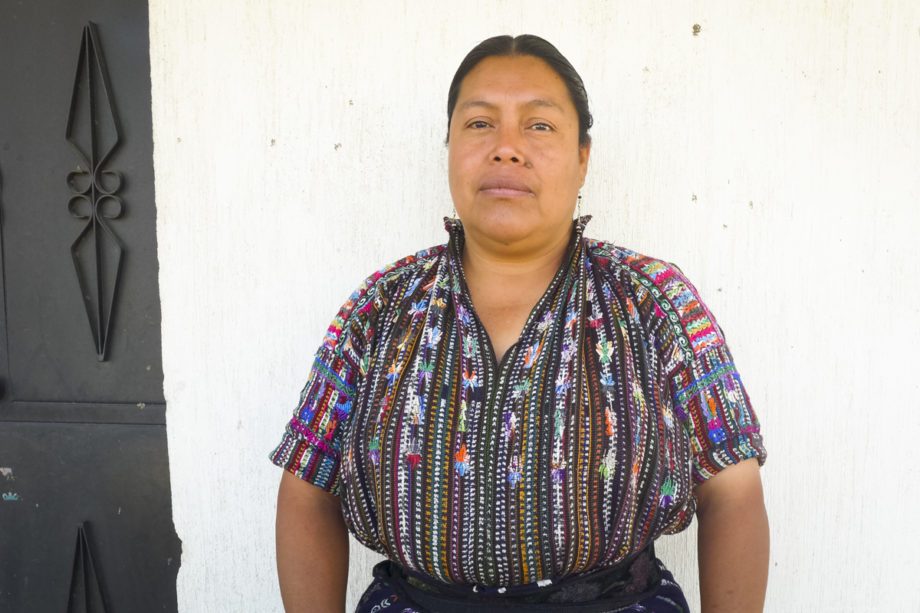 Inés Saloj, a community mayor, says she is eager to show that a woman can do more than just cook and clean.

It’s not easy to become a community mayor, Inés Saloj says. To do it, one has to work hard to be taken seriously, she says.

Saloj participated in community groups for years before she was asked to run for mayor.

“Now I am in charge of the community,” she says.

As mayor of Caserío Cooperativa, an area within the Cantón Chaquijyá, Saloj says she hopes to use her position as a platform for women’s rights.

The environment is another area of concern for Saloj. She hopes to host forums to teach people how to better care for their community, including how to curb littering and deforestation. The latter issue is among the area’s biggest challenges, she says.

Saloj says she’s nervous that she won’t be taken seriously as mayor.