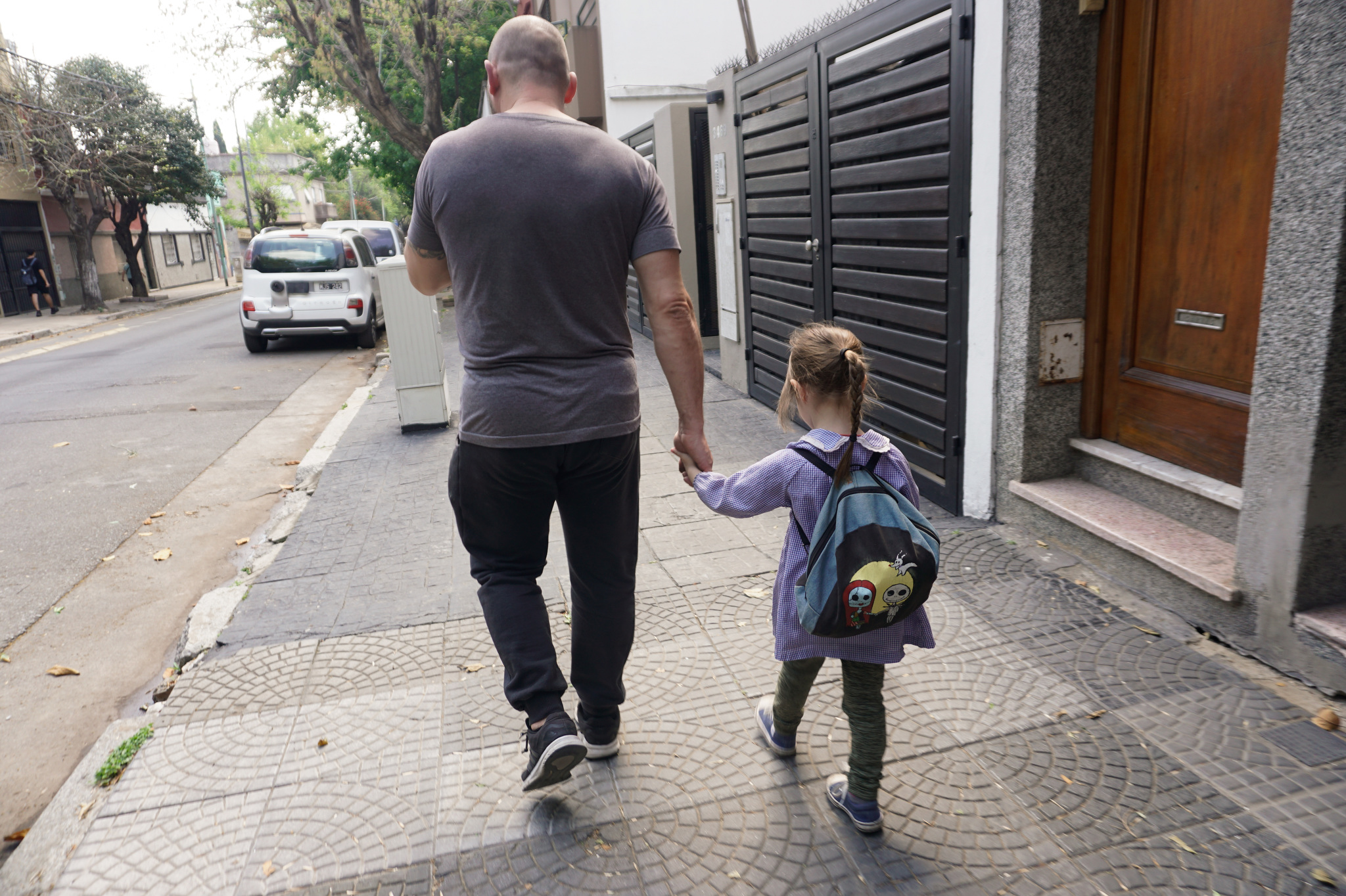 BUENOS AIRES, ARGENTINA — It’s 1 p.m. on a crisp spring day in Argentina’s capital; skies are clear, and the trees are beginning to bloom. Alejandra Diz Cocurullo, 5, has just finished lunch at home and now walks contentedly with her parents to kindergarten. There, she greets her personal non-teacher companion, Natalia, a psychologist. They hug and walk into the school together, holding hands.

Such a placid scene was unthinkable six months ago, when Alejandra didn’t have a companion, says her mother, Roxana Cocurullo. Alejandra has pervasive developmental disorder, a condition that delays the development of communication and language skills. Her symptoms include hyperactivity and tantrums, Cocurullo says.

All of that improved when Alejandra began attending school with Natalia, who also helps her with schoolwork and with regulating her emotions. “Alejandra started with Natalia, and it has been wonderful. She’s really done impressive work,” Cocurullo says. “She is a different child, she’s advanced so much.”

When Natalia informed Cocurullo that due to late payments she’d have to find another job, Alejandra’s mother grew desperate. She gathered all her savings and asked for loans in order to pay Natalia herself. “Without her companion, Alejandra has a meltdown: She gets angry, screams, throws herself on the ground, cries,” Cocurullo says. “I couldn’t risk all of that coming back.” 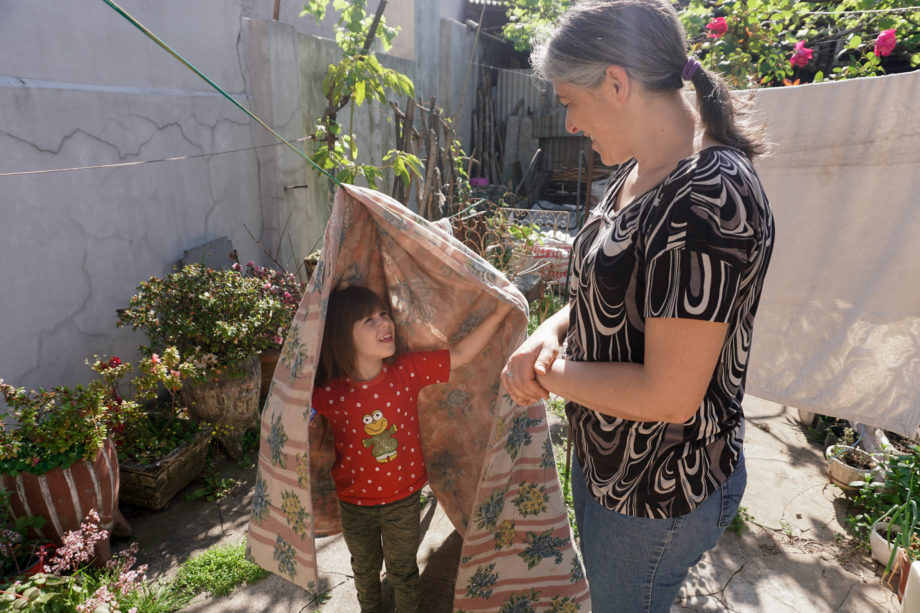 Alejandra Diz Cocurullo, 5, plays with her mother, Roxana Cocurullo, on the patio of their Buenos Aires home.

Natalia works for an obra social, a health provider within Argentina’s social security scheme funded by formal sector workers and their employers — and used by around 60% of the national population. A 1997 law allows the scheme — along with private health insurance companies — to outsource disability-related services to independent service providers, who are hired as freelancers. The regulations allow firms to wait until a particular service provider has invoiced them four times before compensating them — and they have a generous deadline of 60 days to process the invoices.

Professionals like Natalia, who asked to be identified by only her first name for fear of employer retaliation, can end up waiting up to six months to get paid. But with the Argentine peso devaluing rapidly — inflation now averages 7% a month — most can’t afford the delay.

As a result, disability services are becoming ever scarcer, with many workers opting for alternative careers.

“We’ve been putting up with it for years, but right now, with this inflation, it’s impossible,” says Sabrina Faustini, an occupational therapist and a delegate of Prestadorxs Precarizadxs Salud y Educación, an organization that represents the sector’s workers.

Faustini says that, in October, most companions were paid 50,881 Argentine pesos ($322) per month for part-time services (four hours per day in school, five times per week), for invoices sent in July.

The market basket (food, products and services that an average family of three typically consumes, not including rent) in October was 111,248 pesos ($668), according to government data.

Compensation for part-time companions is now set at 69,961 pesos ($419) — but many professionals will only get paid those amounts in February.

In early September, payments for outsourced health professionals were delayed a month longer than normal, prompting a series of protests and strikes in multiple cities. 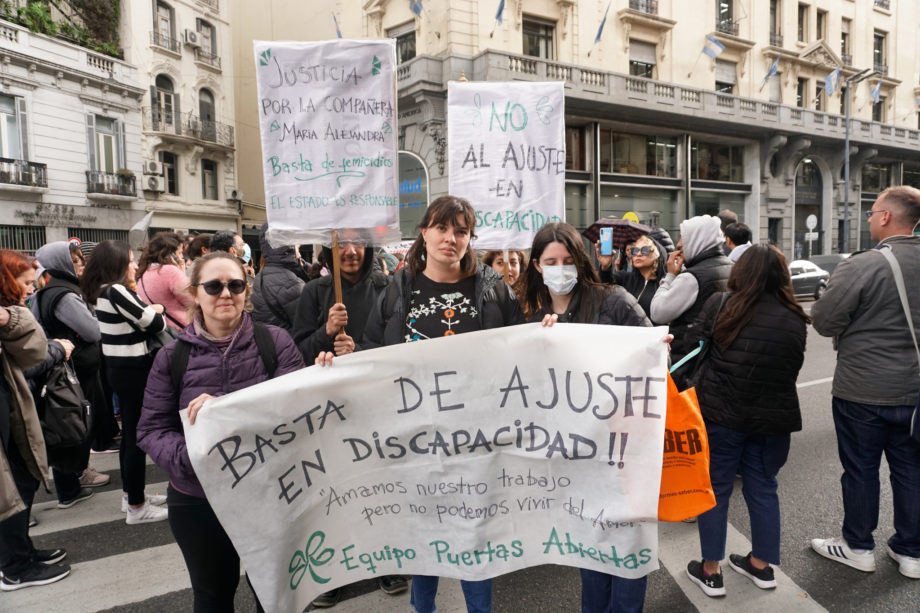 From left to right, Julia, Juan Pablo, Marina, Marianela (who asked to be identified by only first names for fear of employer retaliation) and Yamila Iruretagoyena, who work with people with disabilities, protest in front of the Superintendence of Health Services in Buenos Aires.

“I didn’t join the first protests because I felt guilty,” says Yamila Iruretagoyena, an educational psychologist who also works as a child companion. “You know that your little one can’t be at school — you feel like you’ve abandoned them.”

Iruretagoyena, along with Faustini and other service providers, joined a second protest in late September in front of the Superintendence of Health Services, the public regulator of the social security scheme and private health insurers. They demanded an answer for the late payments.

The Superintendence, which approves all invoices, declined to give an interview, but a media spokesperson informs Global Press Journal that they have added a section to their website where providers can check the status of their payment. However, the spokesperson says, the delays are difficult to avoid since the regulations allow insurance companies to process up to four invoices at once with a deadline of 60 days.

Iruretagoyena is considering leaving the classroom behind, despite being passionate about her work. The income is hardly enough to pay the bills. Her first payment of the year is usually in June, she says, and like other freelancers, she receives no bonuses or benefits, such as maternity leave.

Patricia Guarino is an educational psychologist and a member of Red por los Derechos de las Personas con Discapacidad, an organization that advocates for the rights of people with disabilities. She says the high personnel turnover, which results in periods without companionship, violates the right to education that people with disabilities are entitled to under the United Nations’ Convention on the Rights of Persons with Disabilities, which Argentina ratified in 2008.

Guarino says any reform of the education system should obligate schools to hire in-house staff to support students with disabilities. “[The high turnover of professionals] affects the connection, especially in the case of students who have challenges with socialization,” she says. “For example, autistic students often need that figure to serve as a bridge to relate to their classmates.” 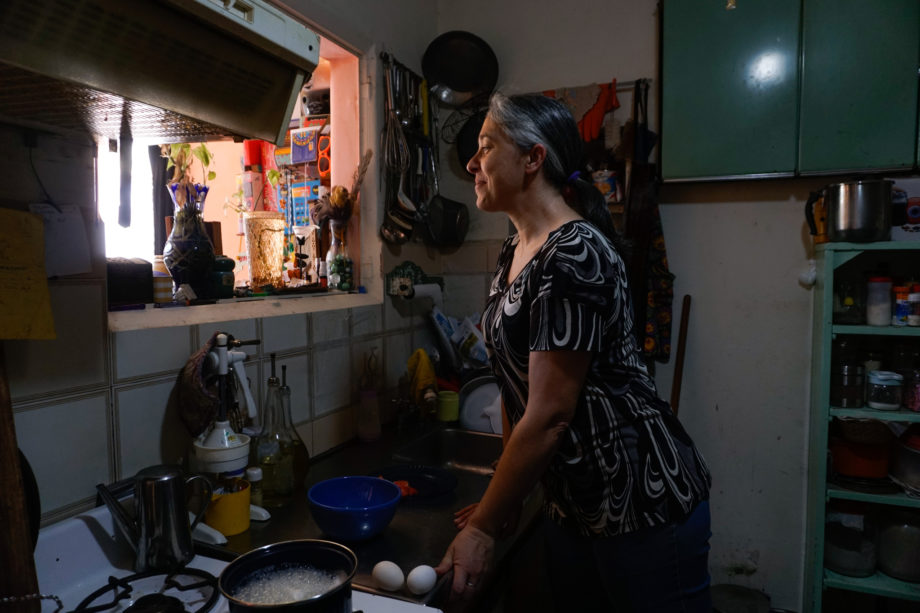 Roxana Cocurullo prepares lunch in her kitchen in Buenos Aires.

Joaquín Sauco Reverter, 12, who has speech and learning delays, has had three companions in 2022. He worked with the first one for a month. The second one worked for a day, and the third began shortly after. “When I told him a new one was coming, he said, ‘Well, they’ll just leave like the last one,’” recalls his mother, Mariana Reverter.

Joaquín needs help to copy from the board and pay attention in class, Reverter says. Each time a companion leaves, she spends her after-work hours asking teachers for class notes and helping her son with homework. This comes on top of therapy appointments, the paperwork to find a replacement and regular household chores. “There’s no room for anything else in our routine,” she says. “We’re absolutely overloaded.”

On the other side of town, Cocurullo prepares lunch. Rice boils on the stove as she beats eggs, but her eyes and attention are on Alejandra, who’s putting plastic toys between the sofa cushions.

Cocurullo is happy about Alejandra’s progress: She stopped wearing diapers and has started to speak and look people in the eyes. But Cocurullo knows that progress hangs by a thread.

“When the end of the month comes, we don’t know what will happen. It’s that uncertainty all over again,” she says. “My fear is that, at any moment, the companion will tell me that she has to find another job.” 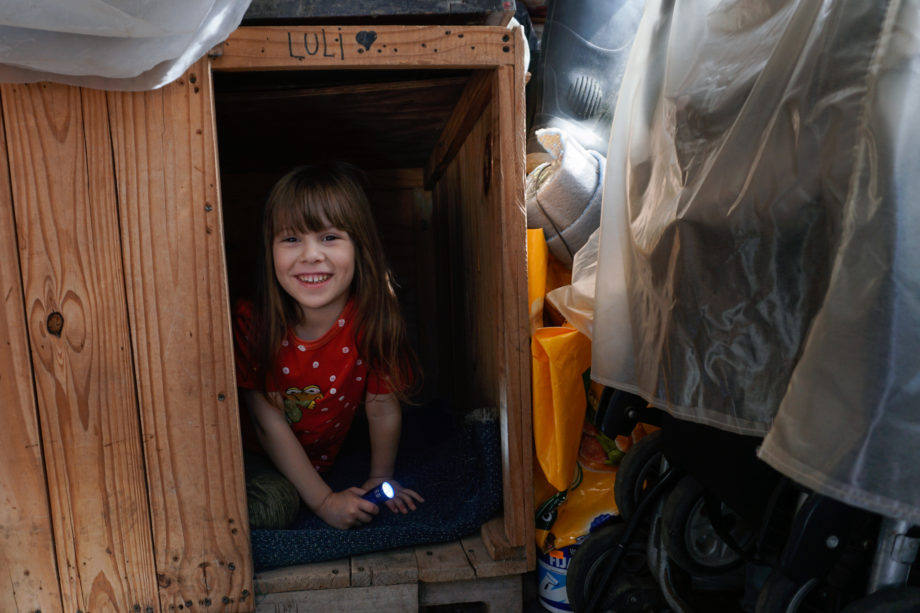 Alejandra Diz Cocurullo, 5, plays with a flashlight in her dog’s kennel at her Buenos Aires home. Her mother says Alejandra switches activities frequently and likes to get into small places.