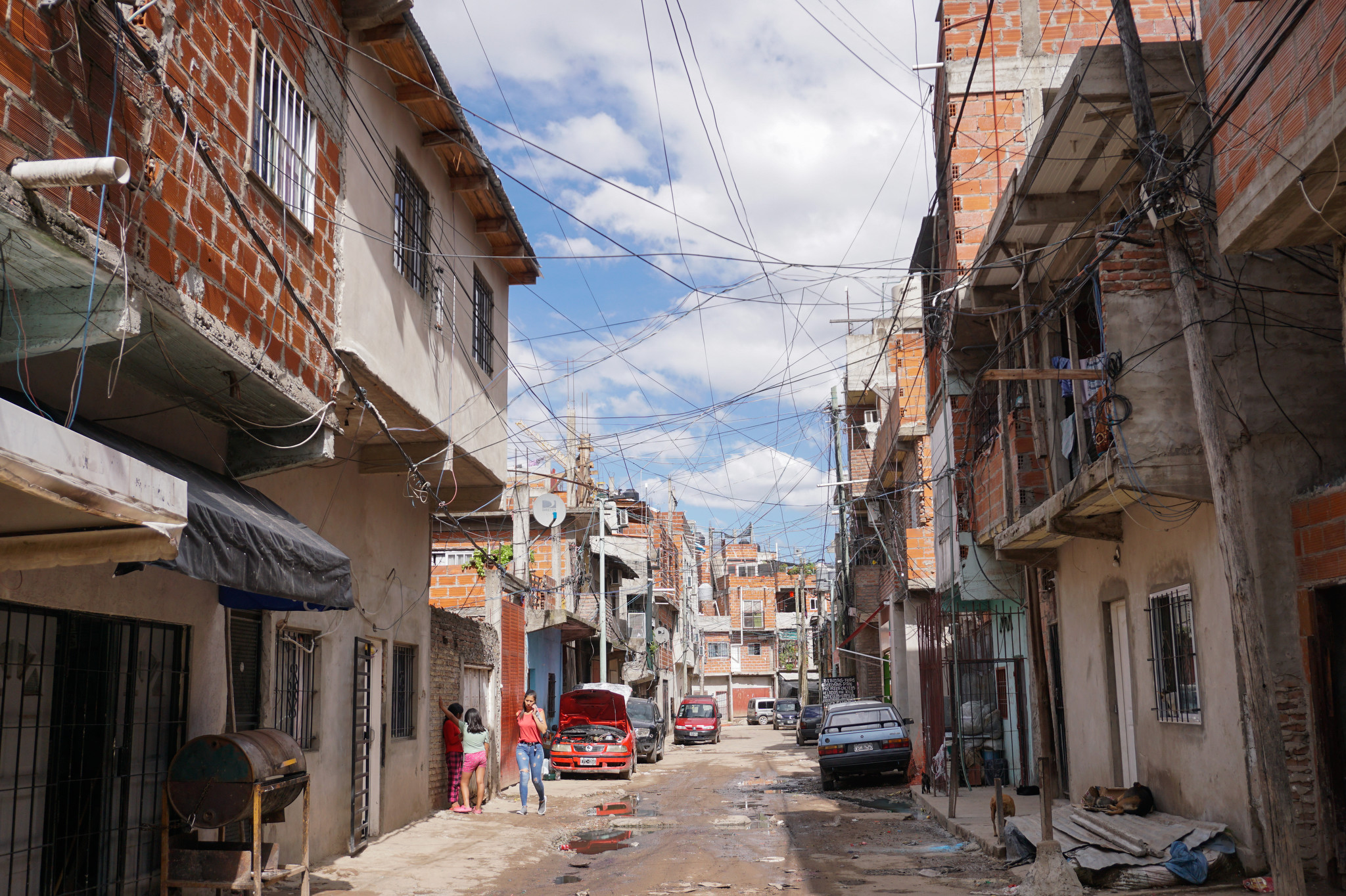 Then the pandemic hit, mandatory quarantines were introduced and, like the majority of the 45.4 million people in her country, the mother and social media manager’s life went virtual.

Without access to reliable, affordable internet service, Schmal eventually lost her job and was forced to halt her management studies. Her street, in the Parque Patricios neighborhood, is near two “barrios populares,” often overcrowded areas that lack basic services such as running water and electricity, where more than half of residents don’t own the land they live on.

Schmal’s issue highlights the digital divide in Argentina, where those who live on certain streets, often near or in barrios populares, cannot access fast and affordable internet service. The reason, many residents and experts claim, is that internet companies write these areas off as too dangerous or not profitable enough. None of the companies Schmal contacted explained why their internet services weren’t available to her.

When she began working from home, Schmal again requested service from Movistar, a major telecommunications company, but representatives said the company didn’t work on her street. She was left unable to pay for the cellphone data needed to access the internet.

For Schmal, the link between not having internet and the social stigma surrounding her area became apparent when, after losing her job, she saw communications companies installing connections at a new apartment complex across the street, giving residents a choice between three unlimited landline services. 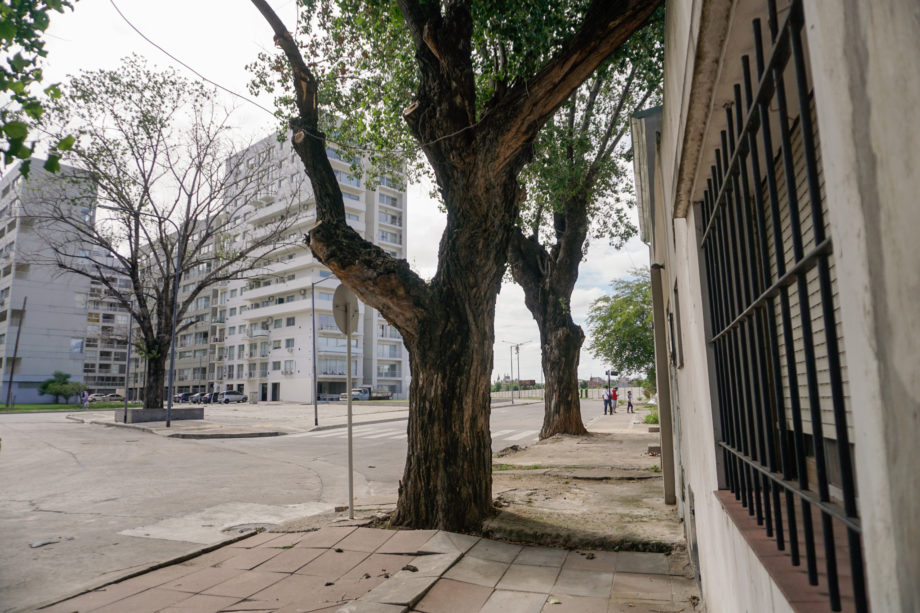 María Belén Schmal’s home was without internet service for years. Residents of the new apartment complex across the street have three service choices.

Although in the same neighborhood as Schmal, the apartment complex sits farther away from the barrios populares, and residents are required to earn between four and eight times the country’s minimum monthly salary to qualify for an apartment. Schmal was out of a job when the apartments became available in May 2021 but in her new job as a private nationality manager she earns under twice the current minimum salary of 38,940 Argentine pesos ($339) set in April 2022.

“It was a question of crossing the street, and [the internet providers] didn’t do it,” Schmal says. “It’s because they think our area is dangerous. It was the middle of the pandemic. There was a need, and there was no response.”

Despite being considered an essential public service, internet provision is in the hands of private companies, which choose where to operate. They tend to avoid barrios populares as well as other areas they consider “dangerous” or unprofitable, says Lucía Bianchi, director of Universidad Popular Barrios de Pie (Barrios de Pie Popular University), an organization set up in 2019 to highlight the issues facing the country’s most vulnerable neighborhoods.

The organization conducted a study on internet access in barrios populares and found that 44% of the residents surveyed rely on mobile data to access the internet.

“The big [internet] businesses don’t come here,” says Gladis Quintana, who lives in Barrio 20, a barrio popular in Buenos Aires. “To me, it really is discrimination. Not having internet means we don’t have access to anything.” 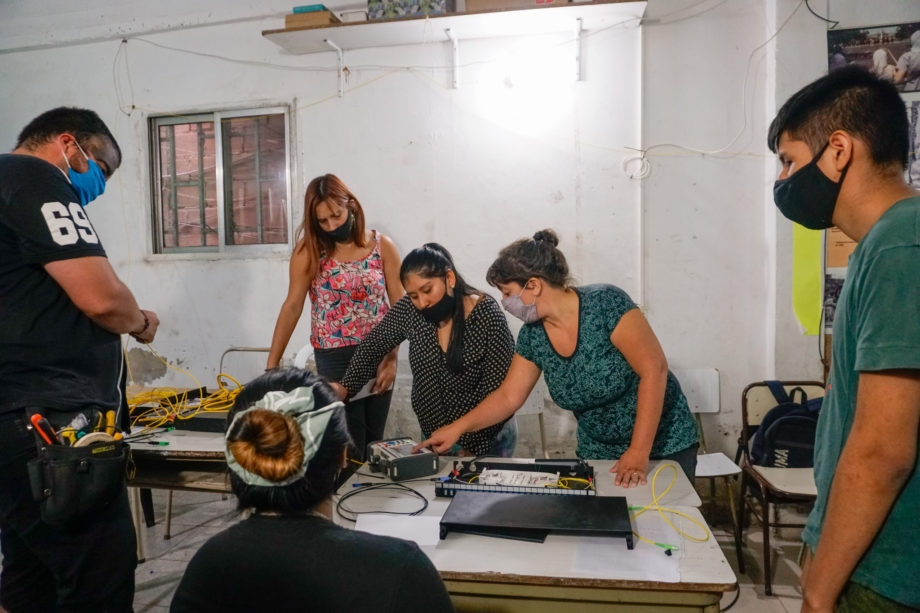 Gustavo Fernando López, vice president of communications at regulating agency Ente Nacional de Comunicaciones (National Communications Authority), says that while the agency can’t require companies to provide internet in certain areas, it has set up a fund to subsidize internet service providers with less than 2,000 customers to help them expand their networks to underserved neighborhoods.

“As of now, with all the programs from 2021, approximately 500,000 people have benefited from these plans and have been connected,” López says. “I believe we’ll enter 2023 with 2 million people newly connected.”

One such program, Atalaya Sur, provides high-quality, low-cost internet to 630 families, and Quintana’s neighborhood, Barrio 20, is one of the beneficiaries. The government funding is helping the program transition from an internet system based on radio frequencies to a fiber optic system that will connect 1,000 households, says Manuela González Ursi, one of the project’s coordinators.

Esteban Genaizir doesn’t live in or near a barrio popular but still found himself disconnected when Movistar suspended his service in January, following a theft of the copper cables needed to provide internet to his neighborhood in Mar del Plata, a coastal city in the province of Buenos Aires. 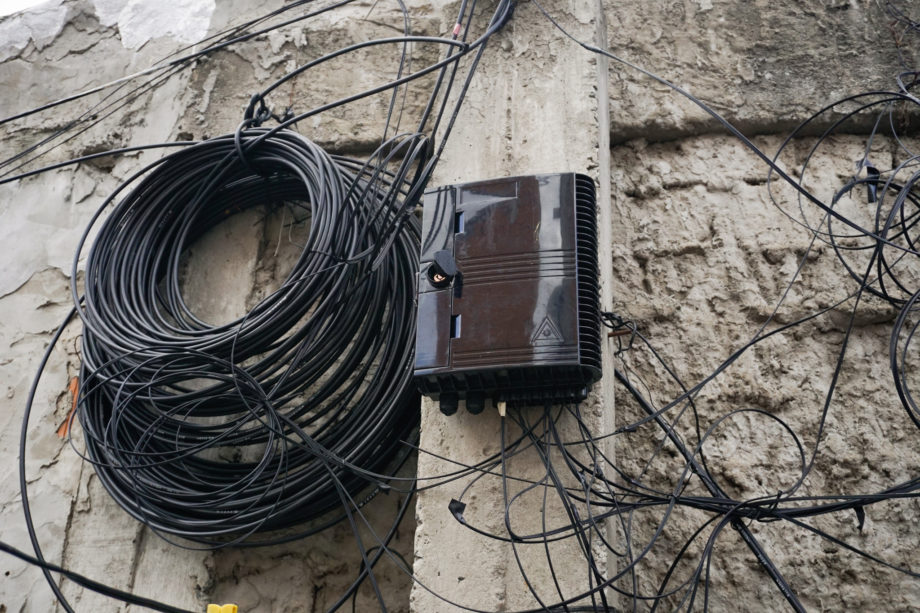 Genaizir, a technician in the textile industry with clients around the world, thinks Movistar could resolve the issue if it installed fiber optic cables, but he says the company no longer wants to invest in his area and has dismissed his neighborhood as unprofitable. Movistar declined to comment for this article.

“If the numbers don’t add up for the company, they pull out,” Genaizir says. “There isn’t a single company that can give me a long-term solution.”

Meanwhile, Schmal found a new job and her internet connection issues are somewhat resolved. With a neighbor’s permission, she used his address to book the installation, then persuaded the technician to connect a cable to her home. It’s not a perfect solution — every issue and bill is addressed to her neighbor — but Schmal couldn’t see another option if she wanted to resume her studies and work again.

“It’s another economic and mental freedom,” Schmal says. “But the situation is far from ideal.”