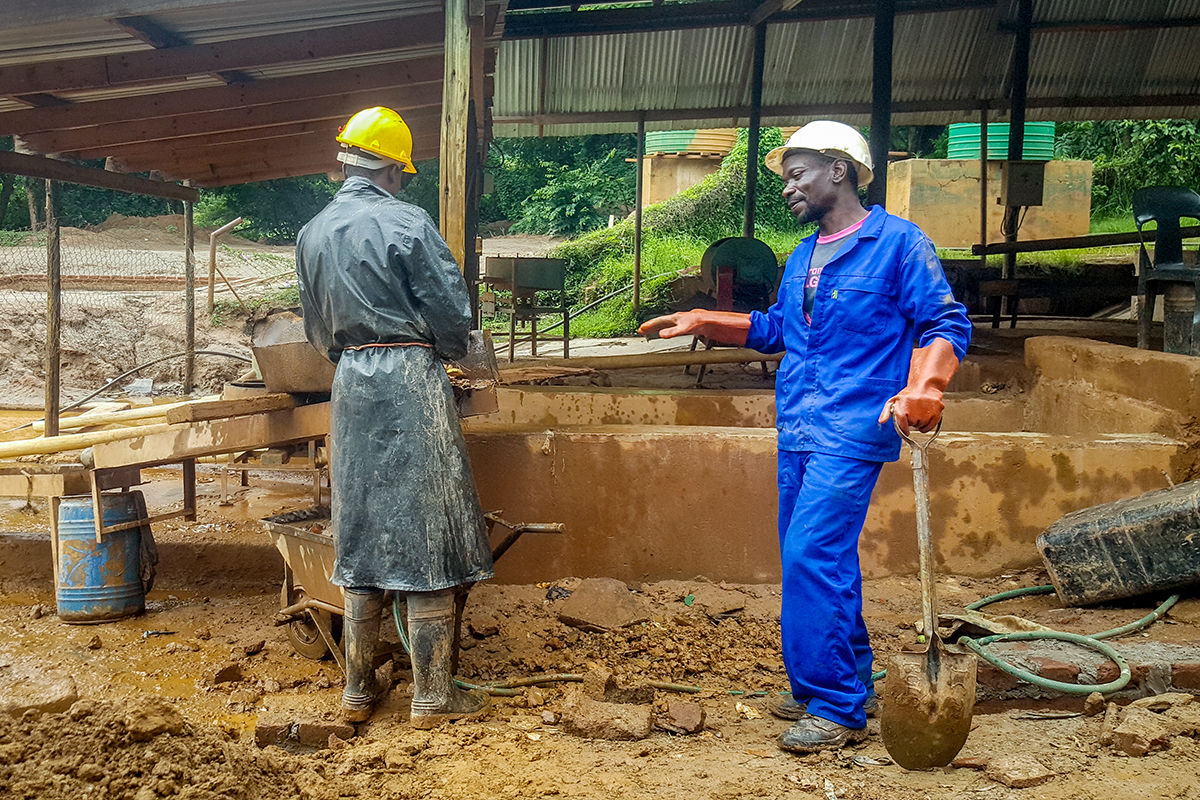 Small mining outfits produced 3,163 tons of gold in the fourth quarter of 2016, compared with 2,958 tons produced by large mining operations, according to data provided to GPJ by Fidelity Printers and Refiners, the country’s sole formal gold buyer.

Q&A: As Zimbabwe’s Gold Rush Surges, Environment Official Cautions Miners
Miners and panners sometimes divert the course of rivers with their digging, and they dump mercury and cyanide into the waters, making them harmful. A government program is training miners about the benefits of working in an environmentally friendly manner. Read the story.

In total, large companies produced 11,759 tons last year and small operations produced 9,680 tons. The total output fell short 24 tons of the target set by the government at the start of 2016, but small-scale miners say their performance through the year indicates that they deserve more recognition and support.

“We are the new economy drivers and employment creators, but government often turns a blind eye on this reality, stepping on the new golden goose, us, small-scale miners,” says John Chinonzwa, the national treasurer-general for the Zimbabwe Miners Federation, an umbrella group for small-scale miners.

Small-scale mines control up to 65 percent of active gold deposits in the country, according to the Zimbabwe Miners Federation (ZMF). An estimated 1 million people earn a direct livelihood in the artisanal, small-scale mining industry, according to research by Pact, a Washington, D.C.,-based nonprofit.

Legislation that regulates mining does not differentiate small operations from large ones, obligating small-scale miners to pay the same fees if they want to operate legally.

But many small-scale miners and their advocates say proposed legislation could level the playing field and ultimately help them produce even more.

The Mines and Minerals Amendment Bill, which was first introduced in 2015, might ultimately include guidance for creating a two-tier system to better accommodate smaller mining operations.

Now, recurring fees assessed by the Ministry of Mines and Mining Development, Environmental Management Agency, Rural District Councils and other stakeholders can be in the thousands of dollars each, says Lovemore Kasha, chairman of the Manicaland Miners Association.

Engineer Chris Dube, who serves as director for the Ministry of Mines and Mining Development for Manicaland, agrees that the government needs to do more to support small mining operations.

“The thrust is to get appropriate equipment for all our miners,” he says.

We are the new economy drivers and employment creators, but government often turns a blind eye on this reality, stepping on the new golden goose, us, small-scale miners.John Chinonzwa, the national treasurer-general for the Zimbabwe Miners Federation, an umbrella group for small-scale miners

But he adds that “small-scale miners should also learn that mining is an expensive business venture. It is not meant for all and sundry.”

There have been improvements made to support small-scale miners, Dube says, including a decentralization initiative in 2015 that created offices of the Ministry of Mines and Development in each province.

Despite that initiative, significant amounts of gold are still being traded on the black market or smuggled out of the country. Federal regulators have consistently slashed royalty fees that miners must pay on the gold they extract, but Zimbabwe’s crumbling economy, including a serious cash shortage, has pushed many artisanal miners to sell gold in the cheapest ways possible.

Government revenues from mining royalties in general were more than 40 percent below the national target in 2016, according to a year-end revenue report released by the Zimbabwe Revenue Authority.

The Zimbabwean government has tried for years to collect more of the gold that is being mined within its national borders, with limited success. In 2006, in the face of a disintegrating economy, the government insisted that all gold miners sell their gold to Fidelity Printers and Refiners at a fraction of the price the gold could fetch in another market. That policy pushed gold miners to the black market, and by the end of 2006, the government criminalized small-scale gold mining in an effort to secure control of the market. Small-scale gold-mining continued, and the informal and black markets flourished. The government decriminalized small-scale mining in late 2013, a shift that sparked some efforts to formalize artisanal mining.

That small-scale gold miners have boosted their production to surpass that of large mining operations is astonishing, given that most small miners use menial, labor-intensive methods and tools including picks, shovels, buckets and wheelbarrows, Chinonzwa says.

Chinonzwa, who has his own mining claims and a mill, Penhalonga Valley Investment, based just outside the eastern border city of Mutare, blamed miners’ overall inability to meet country targets and ongoing gold smuggling on the government’s slow movement on formalizing small-scale mining operations. 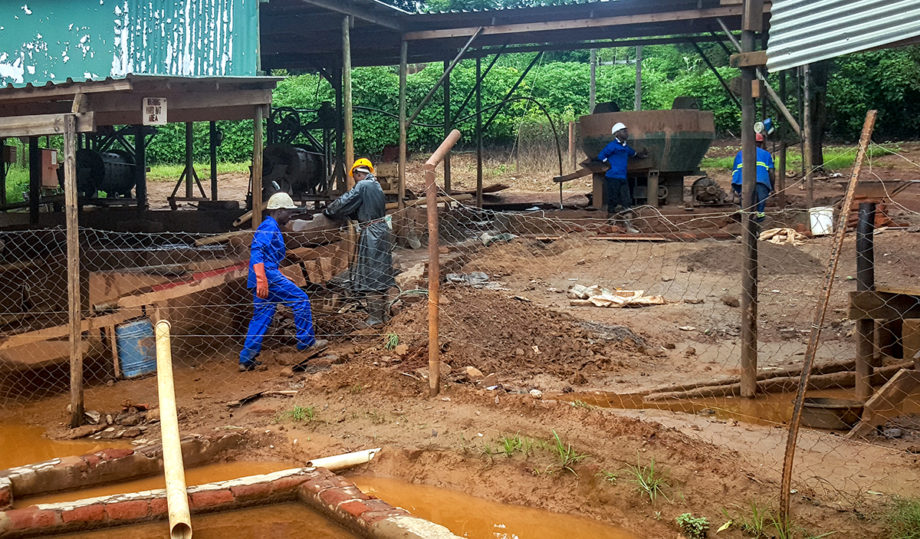 “Gold deliveries sold through formal channels have increased over the years, but the process of formalization also needs to be expedited so that all miners can sell gold to Fidelity Printers,” Chinonzwa says.

Right now, gold panners and others who are not registered and licensed with the Ministry of Mines can’t sell what they produce to Fidelity Printers. People who work illegally in the industry often do so because of high licensing fees and other costs.

Chinonzwa’s education ended at grade five, but the 65-year-old learned the mining business in nine years at Metallon Gold subsidiary Redwing Mine in Penhalonga.

He now runs his mine and mill with his three sons. They employ 36 people at the mill and 101 people at the mine on Muzuri Farm in Penhalonga. Chinonzwa has purchased one modern round mill to add to the two archaic ball mills he already had, but he says that access to loans at reasonable rates would help him buy more and improve his productivity, as well as provide milling services to other local miners.

Chinonzwa says his operation produces, on average, 1.2 kilograms (about 2.6 pounds) of gold per month.

“We are now demanding to be heard,” Chinonzwa says. “We have great potential to contribute more, immensely, towards the fiscus.”