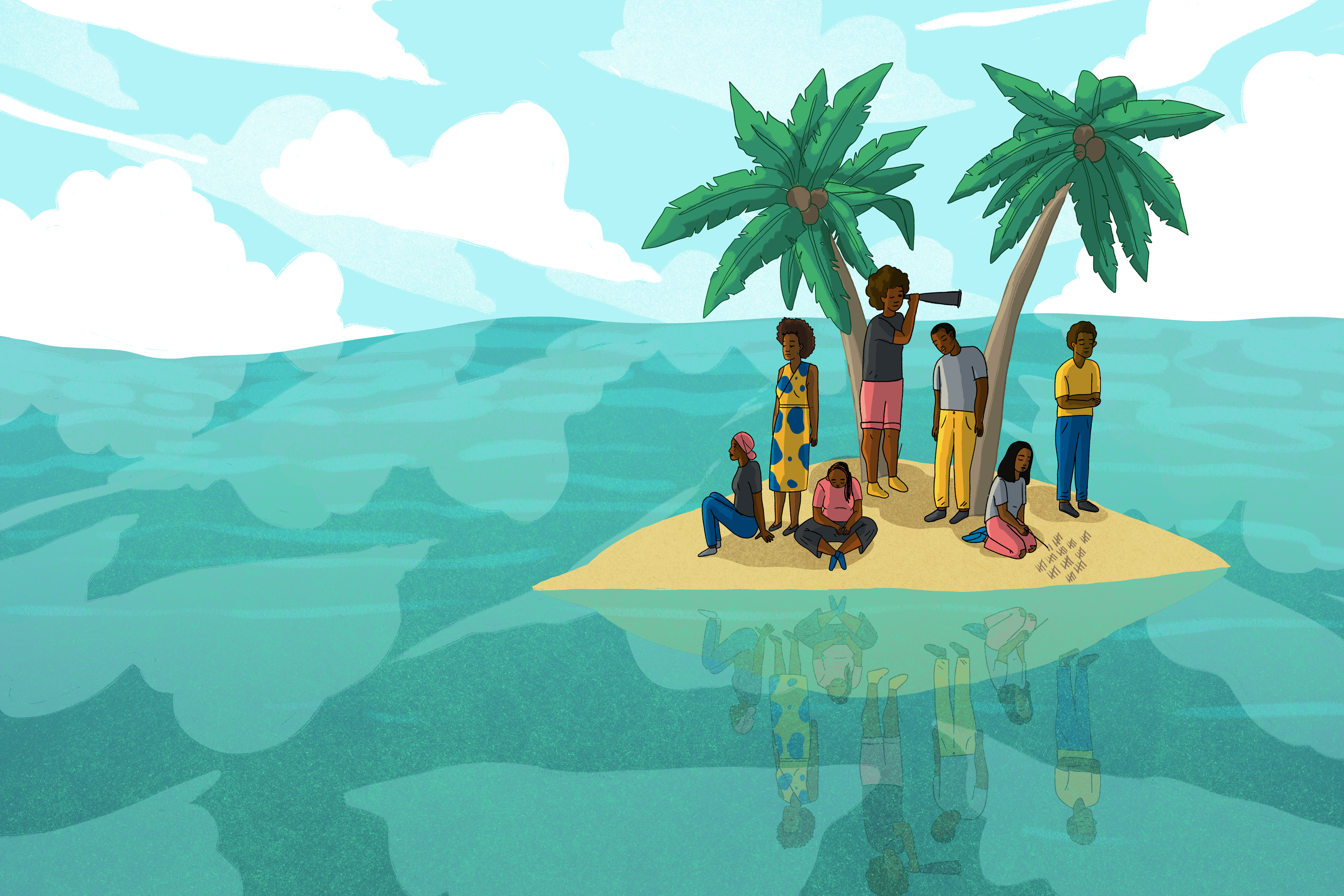 HARARE, ZIMBABWE — Melody can’t afford to pay for high-quality internet access.
She skips her university classes when she’s menstruating, because she can’t buy sanitary pads. She doesn’t have enough food to eat.

“I’m emotionally crippled,” she wrote in an email to Global Press Journal.

It wasn’t supposed to be this way. Four years ago, Melody applied for and received a government scholarship to study in Algeria. The scholarship, according to description she was given, was to cover her educational costs as well as provide $3,000 per year in a cash allowance. Melody provided to GPJ a copy of alettershe received from the Zimbabwean Embassy in Algeria, stating that she was to receive $3,000 per year.

Melody asked that her full name not be used, because she fears retribution for speaking out.

Zimbabwe’s Presidential Scholarship Program prioritizes disadvantaged students, including orphans, so that they can earn university degrees in partnership with countries around the world. But many of the scholarship recipients say Zimbabwe hasn’t held up its end of the deal. Melody has taken an under-the-table job as a maid. She’s more fortunate than other scholarship recipients, some of whom say they’re stranded in foreign countries because they can’t afford to return home.

The program began in 1995 with scholarships to Fort Hare University in South Africa, the alma mater of former President Robert Mugabe, who ruled Zimbabwe for 37 years. The program eventually grew to include scholarships to other countries, including Algeria, Russia and China.

Other similar programs operate via bilateral agreements between Zimbabwe and foreign countries. Those also come with a promise of an annual stipend from the Zimbabwean government.

In February, member of Parliament Jessie Majome expressed concern in Parliament about the welfare of scholarship recipients in Algeria, Russia, Cyprus and other locations, noting that the students were living in destitution.

She told Global Press Journal that one scholarship recipient contacted her and said that she represented female students who were in the same predicament as Melody. Majome proposed that the government immediately disburse the students’ stipends and then invest in Zimbabwean universities, so that students could attend quality schools without risking being stranded abroad.

“When I publicized my plans for my motion, more students from other countries – Russia, India and Cyprus – contacted me on my Twitter account,” Majome says.

Even so, Majome’s proposal didn’t lead to any action, she says. The students are each owed $7,700 in more than two years’ worth of delinquent stipend payments, she says.

Melody estimates that there are 430 Zimbabwean students studying on the scholarship in Algeria alone. It’s not clear how many students are waiting on government funds, which are supposed to come via payments disbursed by Zimbabwean embassies in the students’ host countries.

Christopher Mushohwe, Zimbabwe’s minister of state for government scholarships, refused to provide any information about the program to GPJ, such as the number of students who have received the scholarships or the number studying abroad now.

“I don’t know you, neither do I know the publication you write for,” he told a GPJ reporter. “Why are you interested in information about students in Algeria? We can’t give government information to people and media houses we don’t know.”

One research paper about the scholarship program noted that more than 30,000 Zimbabweans had attended 15 universities in South Africa since 1995.

GPJ spoke with three current and former scholarship recipients, including one who was selected for the scholarship a decade ago, and all described similar scenarios. The interviews of recipients who are living in foreign countries were conducted by text messages, email and WhatsApp.

For some of the students, money problems are the least of their worries. Frank, a scholarship recipient who was sent to study in Algeria, says he’s been threatened, beaten and harassed for speaking out about students’ welfare.

Frank, who asked that his full name not be published for the sake of his safety, says that he and other Zimbabwean students in Algeria sent a letter to Mushohwe notifying him that they hadn’t received their money, but Mushohwe never replied. Frank says that lack of communication prompted him and about 100 other students to demonstrate in late 2017 in front of the Zimbabwean Embassy in Algeria. An educational attaché at the embassy called local police.

“The police did not reason with us – they just started beating us,” Frank says. “They brought two buses and took us to the intercity bus terminus, where we were just left there.”

The more vocal students, including him, were handcuffed, but no one was formally charged with a crime, he says.
One of the students was hit on the head and spent a week in the hospital, he says.

These days, Frank says, he and other students work illegally on construction sites. Some sell drugs just to survive, he says. Some women have prostituted themselves, he adds.

The problems are the same around the world, no matter the year. Chido Mazvimbakupa was selected as a scholarship beneficiary in 2008 to study at Fort Hare University in South Africa.

She felt honored, she says, but that feeling faded over time. The scholarship stipends never came on time. There were countless days during which she ate only bread and drank diluted fruit juice.

Hundreds of other students were ferried on buses to universities across South Africa at the same time to begin their degree programs, she says, and many of them wound up taking up other activities just to survive.

“Some would date rich Nigerians for sustenance,” Mazvimbakupa says. “In most cases, Zimbabweans would get employed in restaurants or as tutors, so that they [would] get extra money to cushion themselves against hunger when allowances were delayed.”

Even though her time at university was difficult because of the lack of money, Mazvimbakupa encouraged her younger sister to apply for the same scholarship. Her sister struggled in the same way, but Mazvimbakupa says they had little choice.

“It was better than for her to remain uneducated with no college qualification,” she says.

Linda Mujuru translated some interviews from Shona to English.