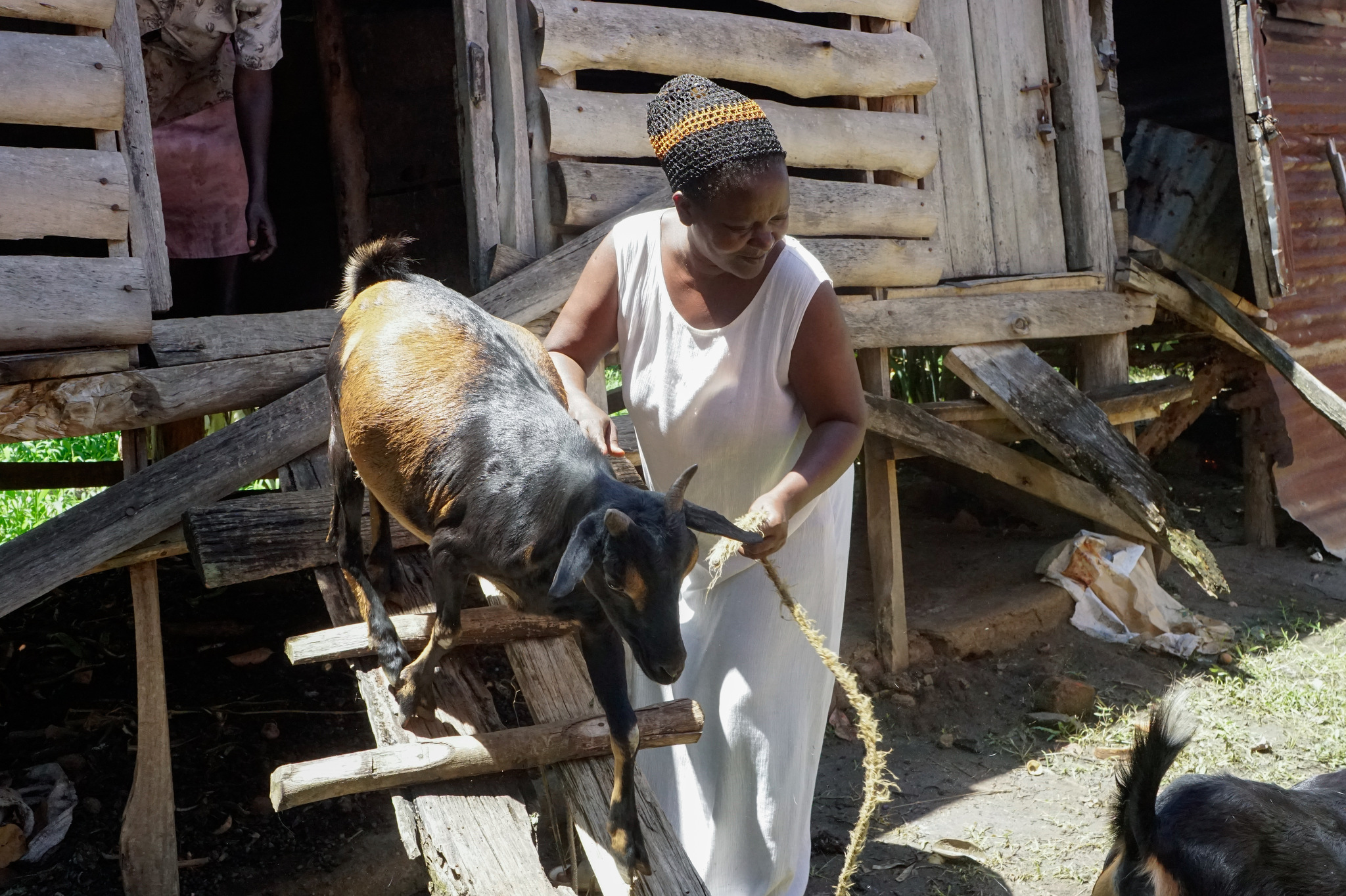 KAZINGA UPPER CELL, UGANDA — Molly Malwaliro startled awake. It was 3 a.m., and the distressed bleating of her goats pierced the nighttime quiet of this village in western Uganda, a remote patch of wild bush, tall grass, and maize, banana and cassava fields. Malwaliro grabbed a flashlight. Tiptoed through her home. Eked open the back door and pointed the light toward her goat barn. She saw a pair of big, bright eyes.

She slammed the door and called for her sons, ages 8 and 10. There’s an animal in the barn, she said. They grabbed jerry cans and banged the containers against one other to scare it away. The racket also alerted the neighbors, who arrived armed for battle with spears, sticks, machetes. But the animal had vanished.

A large animal rampaging through the 600-person community wasn’t unusual. Next door is Uganda’s second-largest national park, Queen Elizabeth, 1,978 square kilometers (764 square miles) of craggy mountains and lush greenery near the border with Democratic Republic of Congo. It’s the only park in the country, and one of the few in the world, where visitors can watch tree-climbing lions laze on branches like domestic cats do on windowsills.

But Uganda’s national parks often frustrate neighbors. Locals usually can’t enjoy their majesty – there are too many predators to hike or picnic. Instead, mainly foreign tourists pay drivers to safari them around, treks that are too expensive for many residents. And although some entry-fee revenue is shared with nearby villages, residents often feel forsaken. 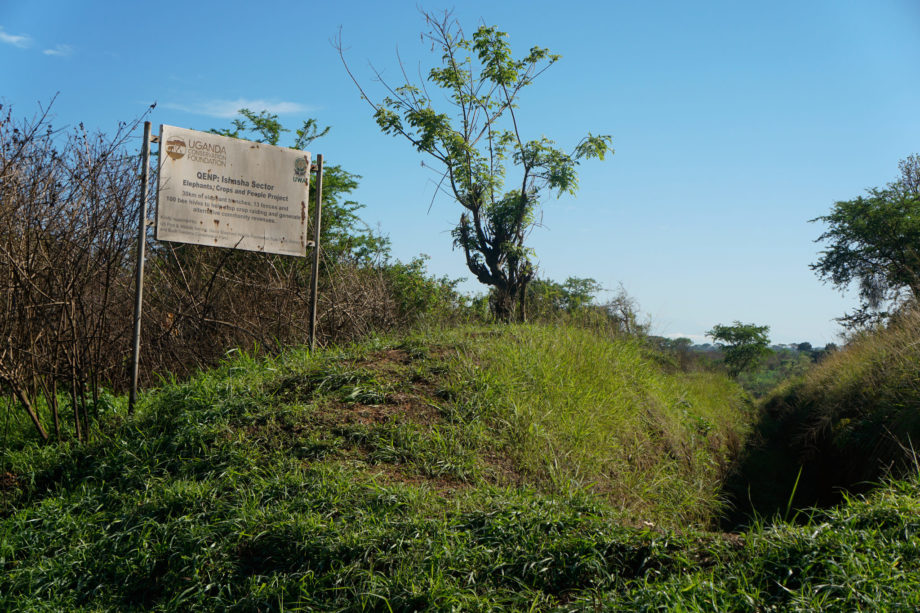 All that separates Queen Elizabeth National Park from neighboring communities are trenches about 1.5 meters (5 feet) wide. Buffaloes, baboons and other animals routinely vault over them.

In a 2019 report, the Uganda Wildlife Authority recorded more than 4,600 instances of human-wildlife conflict in and around the country’s 10 national parks. The main antagonists were elephants, buffaloes, hippos and crocodiles. This represented a drop in incidents from the previous year. But the attacks still led to 21 human deaths, including four people killed by crocodiles at Queen Elizabeth.

Ben Ntale, a wildlife conservationist, blames development in former animal habitat and migration routes. “If in their memory they still know that I can travel this route to access food and water, they will still take that route. They have a mental map of the place,” he says. “Humans invaded spaces of these animals and then come back to complain that animals are disturbing us.” 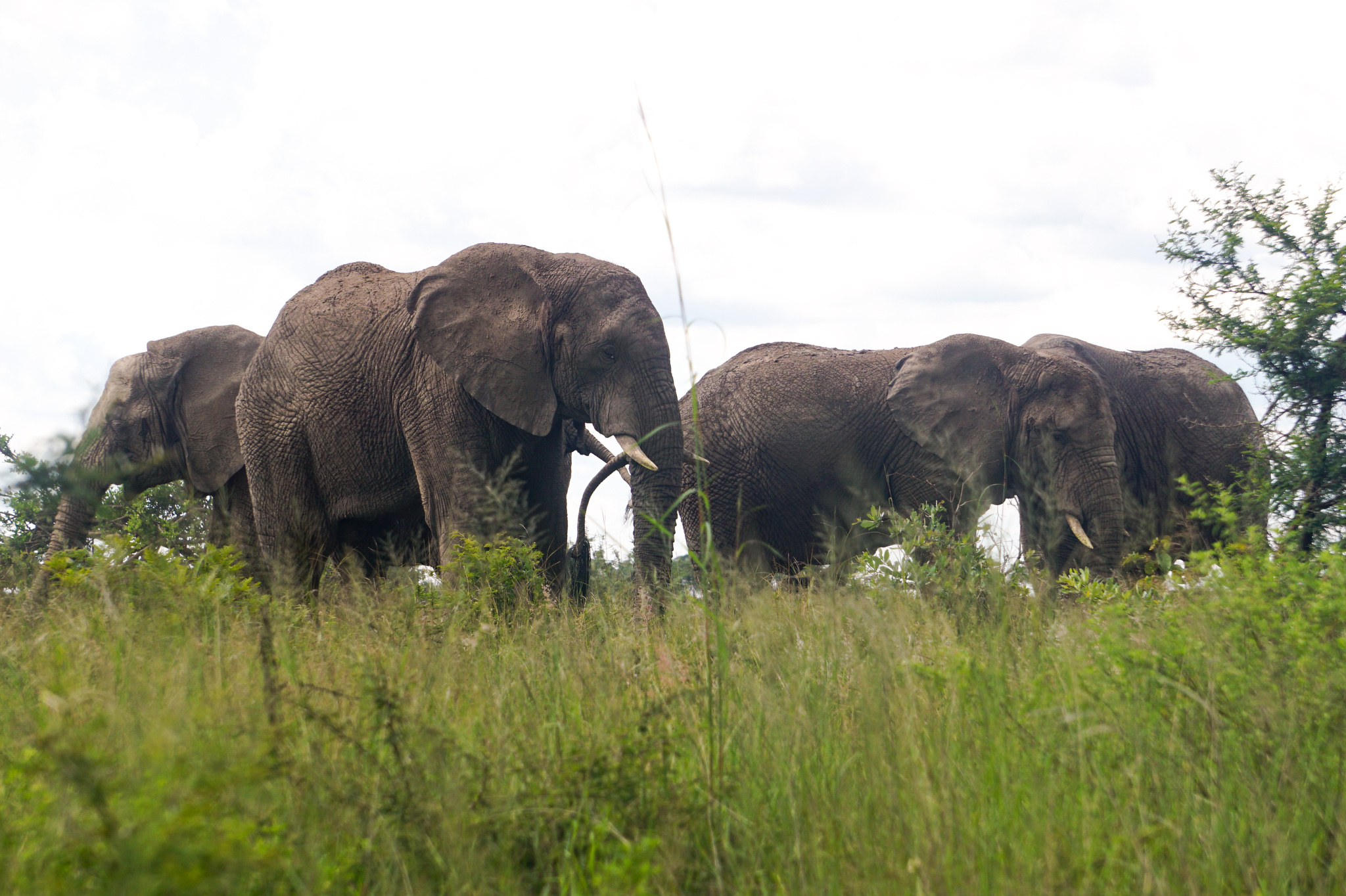 Even so, Queen Elizabeth is a particularly vexing neighbor. It’s the only national park with no real boundary to separate it from surrounding villages, says Sam Mwandha, the wildlife authority’s executive director. At other parks, large swaths of land serve as barriers between man and nature. At Queen Elizabeth, elephants, baboons and warthogs easily vault over trenches that are roughly 1.5 meters (5 feet) wide.

“Animals come in the night, mostly beyond midnight, when it’s quiet and most people are sleeping … to eat and destroy people’s crops,” says local leader Mbabazi Gad. In recent years, one resident died while chasing buffaloes out of his garden; another was injured while shooing away a leopard. The park is home to more than 100 lions, and the wildlife authority report noted a recent uptick in big cats wandering into Queen Elizabeth communities.

As easily as wildlife can sneak out, trespassers can sneak in. Some collect firewood or medicinal plants. Some have more nefarious plans. In March, six lions at Queen Elizabeth were killed; police said in a statement that two locals and a traditional healer admitted to poisoning them. Authorities recovered three lion heads, 15 legs and a container of animal fats, which are often used in cleansing rituals.

“Humans invaded spaces of these animals and then come back to complain that animals are disturbing us.”Ben Ntalewildlife conservationist

In an acknowledgment that wildlife slayings could harm conservation efforts and tourism, the government started building an electric fence around Queen Elizabeth with a conservation charity’s help. They’ve completed about 42 kilometers (26 miles) of fencing – but have more than 1,900 kilometers (1,180 miles) to go.

And that doesn’t help farmers whose livelihoods have been destroyed. When a villager’s fields are ravaged, so is his ability to feed his family or afford his children’s school fees. Officials have suggested villagers grow onions, which wild animals spurn, or raise bees, whose buzzing wards off elephants, but those aren’t economically viable options for everyone.

Ronald Kanyesigye harvests beans on a half-acre next to the park. It’s not unusual for baboons and warthogs to gorge themselves on his garden. “In November last year, I woke up and found all my maize eaten by elephants. It was very devastating,” he says. “I had grown that food for home consumption, but it was all gone in one night.” Kanyesigye reported his loss to wildlife officials, hoping for reimbursement. He says he never heard back. 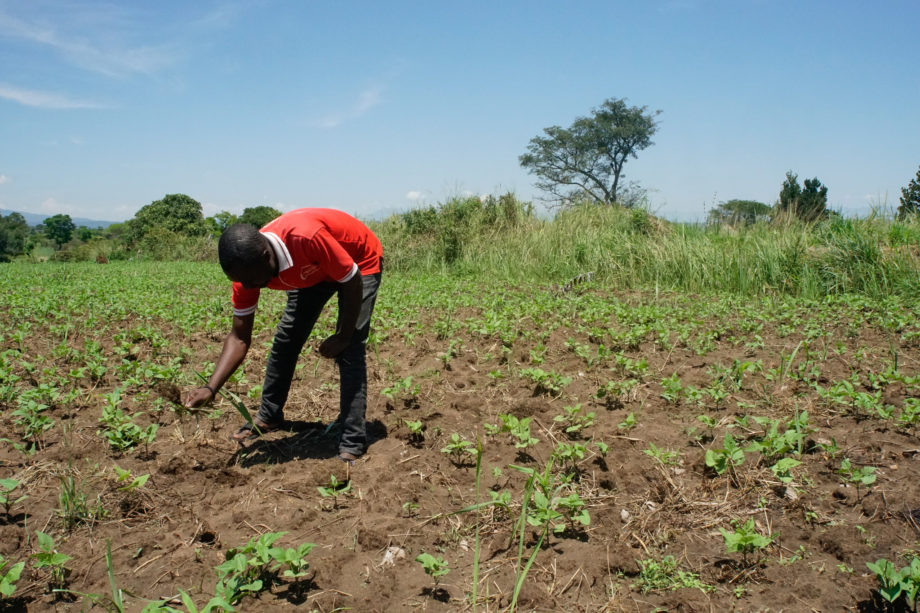 Ronald Kanyesigye tends his bean field near Queen Elizabeth National Park. “In November last year, I woke up and found all my maize eaten by elephants,” he says.

A fifth of park entry fees goes to elected district councils, which distribute the billions of Ugandan shillings among park-adjacent communities. The last batch of money, in 2018, helped the council buy goats for residents, says Gad Jomahangi, former vice chairman of the district that includes Kazinga Upper Cell.

But the council doesn’t compensate people for wildlife-caused property damage, injury or death. That’s the responsibility of the Uganda Wildlife Authority. A 2019 law requires the agency to set aside 2% of revenue to provide compensation, but officials have yet to distribute payments, says Mwandha, the wildlife authority official.

“We have no regulations on how to compensate, who verifies the claims, who decides on how much will be compensated,” he says, although the tourism ministry is expected to finalize those regulations in the coming months.

Such a fund would have helped Malwaliro. After the animal ransacked her barn in 2012, she discovered the carcasses of all nine of her goats. Each was worth about 180,000 shillings (around $50). Almost a decade later, she’s back up to just five goats, though she also farms bananas, maize and coffee.

The morning after the incident, neighbors tracked the animal’s pawprints to a woodlot near Malwaliro’s home. There, under a tree: a female lion. Wildlife officials tried to trap the lion, but it wouldn’t budge, Malwaliro says, so neighbors threw stones and spears. The lion lunged. Officials shot it dead.