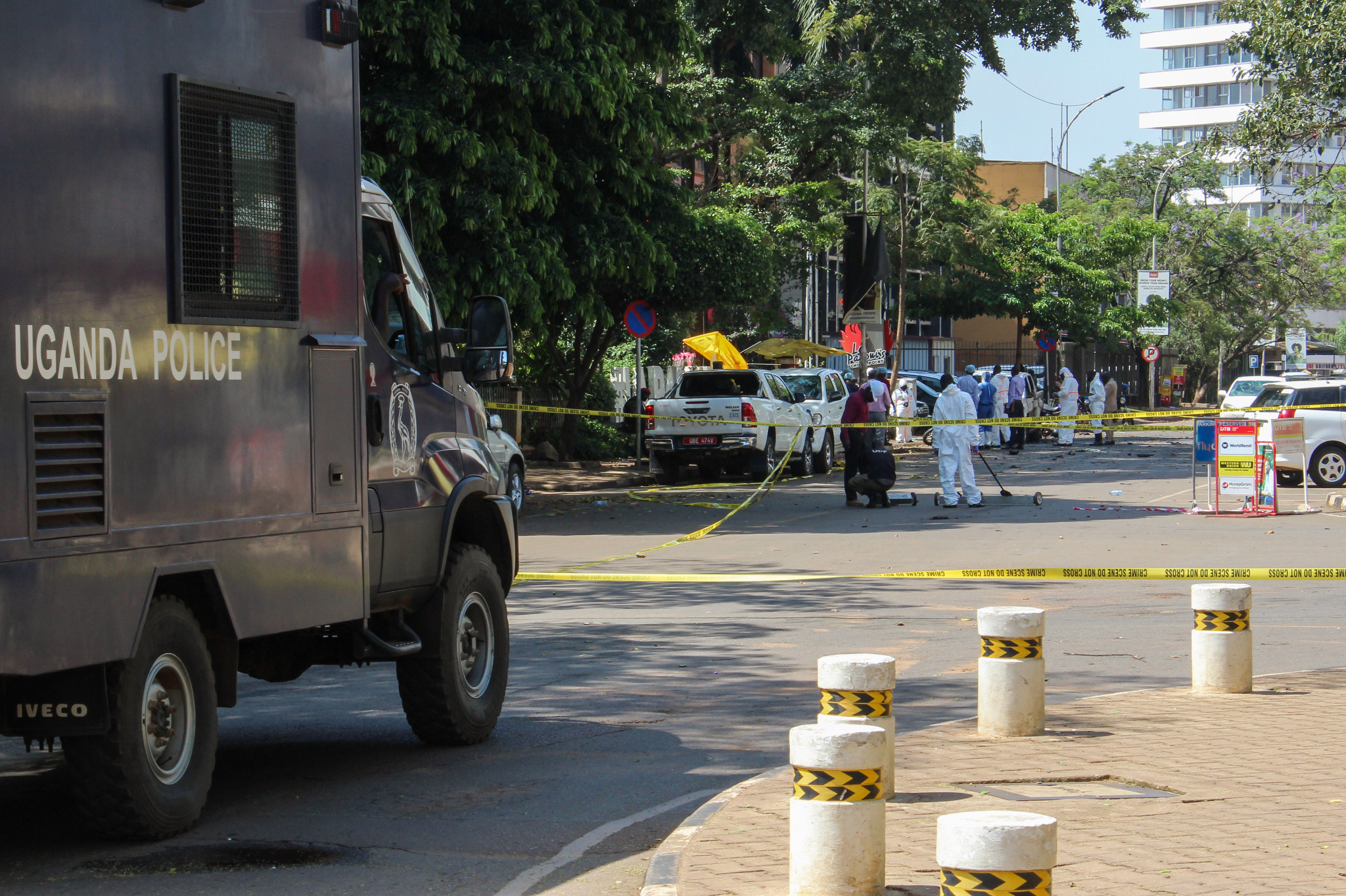 KAMPALA, UGANDA — When Nakintu heard that most people injured in the Nov. 16 suicide bombings in Kampala were police officers, she rejoiced.

“They deserved it,” says Nakintu, who doesn’t want to use her full name for fear of retaliation.

Nakintu says she lacks sympathy because police killed her 17-year-old son in 2009, during riots that involved pushback against President Yoweri Museveni. Citizens threw stones and set fires, prompting police to shoot and kill at least 40 people, according to Human Rights Watch. Police put the number at 27.

Uganda’s long history of state violence has created so much contempt for law enforcement that some civilians are celebrating the suicide bombers’ killing and wounding of police officers, a sentiment that threatens to undermine the country’s efforts to combat increasing terrorist threats.

One bombing occurred on Parliamentary Avenue, and another at Central Police Station, where it killed three people, including one officer. Twenty-seven officers were wounded, says Luke Owoyesigyire, the Kampala Metropolitan Police deputy spokesperson. 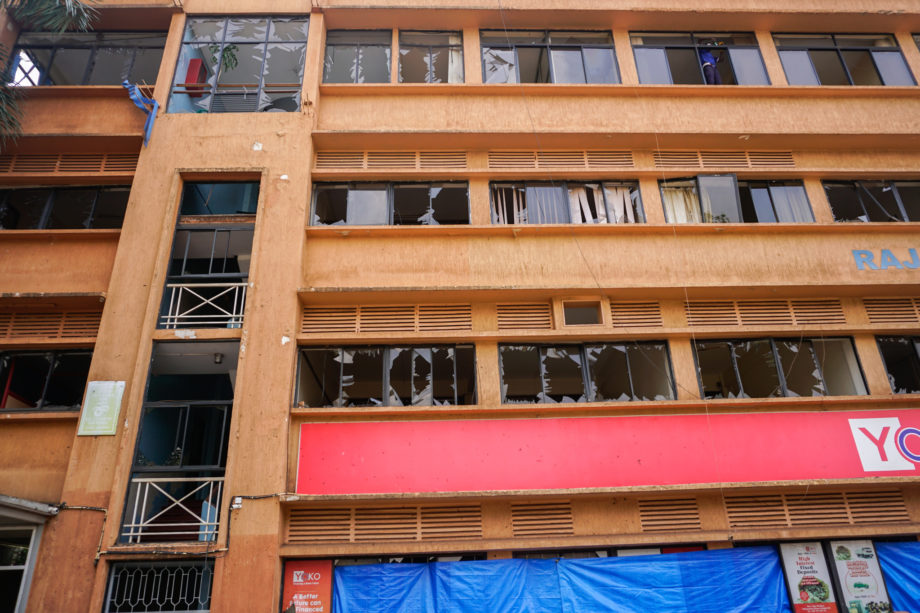 A powerful explosion damaged buildings near the Ugandan Parliament in Kampala on Nov. 16.

The government blames the bombings on Allied Democratic Forces, an insurgent group founded in 1995 by Saudi-educated Ugandan Muslim clerics. ADF is now based in Democratic Republic of Congo, where it has killed at least 6,000 people since 2013, according to a 2021 Amnesty International report.

But many Ugandans distrust law enforcement officers so much that they don’t believe ADF carried out the attacks. Some suggest, without evidence, that the government attacked its own security forces.

“There are people who believe the government launched the attacks to give it an excuse to occupy Congo under the guise of fighting ADF,” says Kiwanuka Abdallah, an opposition member of Parliament.

Two weeks after the attacks, Museveni bypassed Parliament and sent troops into DRC to fight ADF. The speediness of the incursion and Uganda’s history of benefiting from conflicts in the region have only strengthened the conspiracy theories. In February, the International Court of Justice ordered Uganda to pay $325 million to DRC, after a United Nations report concluded that Ugandan forces looted minerals, coffee, timber and livestock when they occupied the volatile eastern DRC region between 1999 and 2001.

Ugandan authorities have released surveillance footage from the bombing on Parliamentary Avenue, but that hasn’t dispelled beliefs that the government staged the attacks. “The footage they released was shot from far away, yet there are many cameras in closer vicinity,” Kiwanuka says. 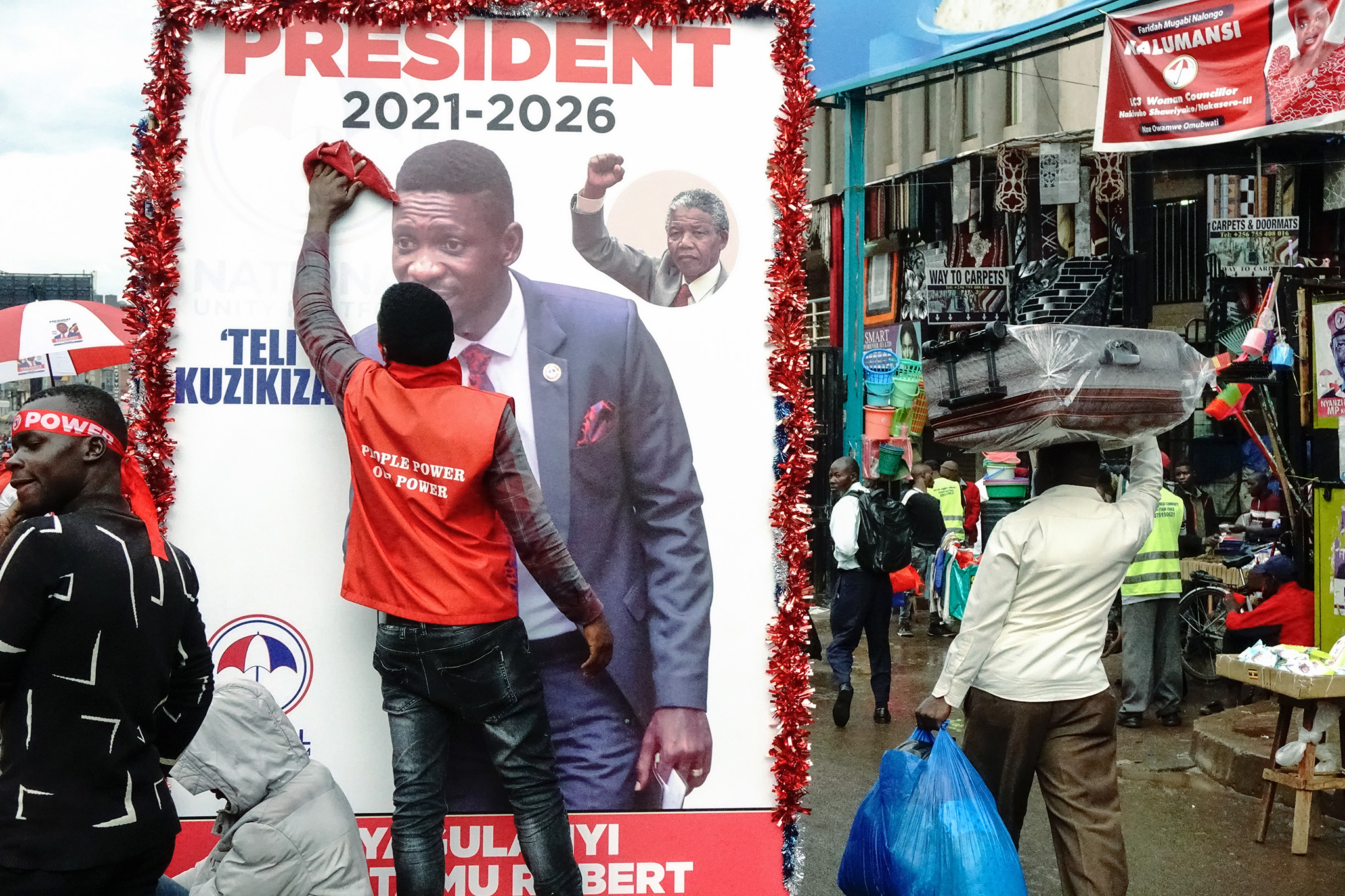 Kiwanuka and other critics say police often use terrorist attacks to justify brutality. He understands why some Ugandans would have no sympathy for police. A 2020 report by the U.S. State Department found that police and military officers regularly used force on civilians. “They are tired of police killing their relatives,” he says.

Twine Mansio Charles, a spokesperson for Uganda’s Directorate of Crime Intelligence, declined to comment on allegations of conspiracy and accuses Kiwanuka of politicizing the bombings. “The people need to trust and support police so that we can root out terrorists,” he says.

Ronald, who asked to be referred to by his first name due to fear of repercussions, has had a different experience. When he violated coronavirus pandemic curfews, police locked him up and denied him bond, he says, even though the minor offense only merits a citation to appear in court. He paid police 100,000 Ugandan shillings (about $30) — the equivalent of his weekly earnings — to release him.

“How can we work with a police force that terrorizes us?” he says.

Ronald, too, is happy that most people affected by the bombings were officers. “They have no compassion for civilians, so it is great to see them feel the pain they inflict on us,” he says.

Mulira William, a motorcycle taxi operator who was injured in the bombing near Parliament, understands how police brutality could desensitize people. But he would never wish his experience on anyone. 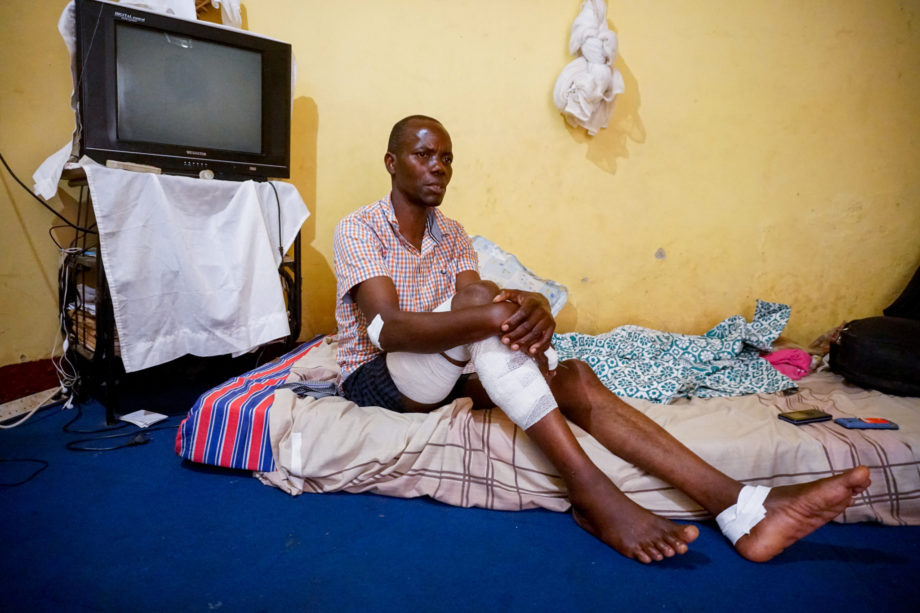 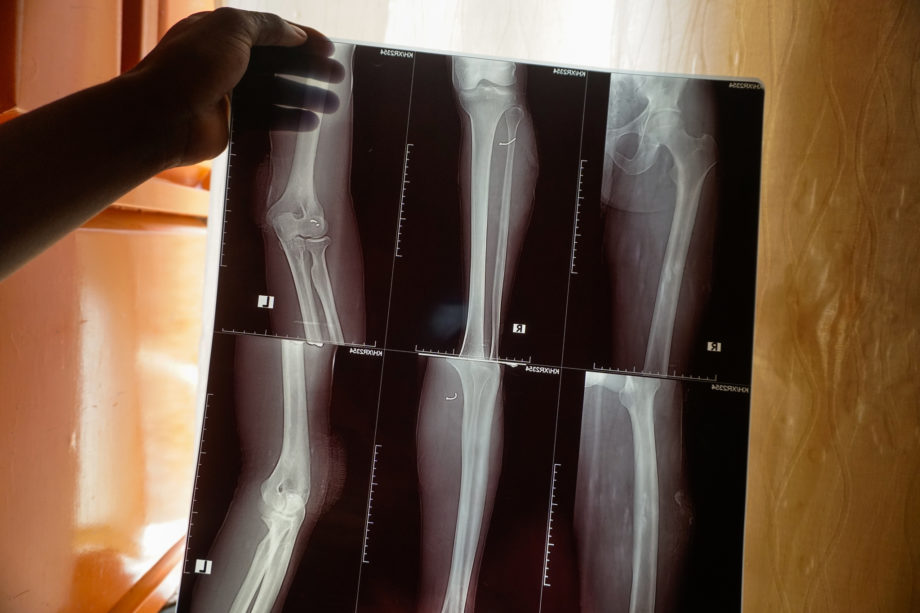 Mulira William, who was injured in the Nov. 16 attack on Kampala’s Parliamentary Avenue, nurses his wounds at home because he can’t afford hospital care.

“No one on Earth deserves this as payback for anything they have done in the past,” he says, as he struggles to move his heavily bandaged leg.

He wishes people like Nakintu and Ronald could see how the bombing has changed his life. There is still shrapnel in his legs because he can’t afford surgery. A nurse visits twice daily to clean and dress his wounds, which ooze with pus. “I feel like I am rotting away,” he says.

His sister used her land title as collateral for a loan of 500,000 shillings (about $141) to help with his care. It lasted two days. He now owes 2 million shillings (about $560) — a hefty debt for a man who earned only 480,000 shillings ($135) a month. He has sold part of his ancestral land to keep up with the growing cost of care. “This is what those happy about the bombing are celebrating,” Mulira says.

Twine, the police spokesperson, says he doesn’t believe there is a significant number of Ugandans celebrating the killing and wounding of police. Most citizens trust the police, he says, adding that after the bombings, it was a tip from civilians that led to the discovery of more explosives and the arrest of a would-be suicide bomber in Kampala’s Nansana-Katooke suburb.

“People who doubt their security agencies,” he says, “make the country easy prey for terrorists.”