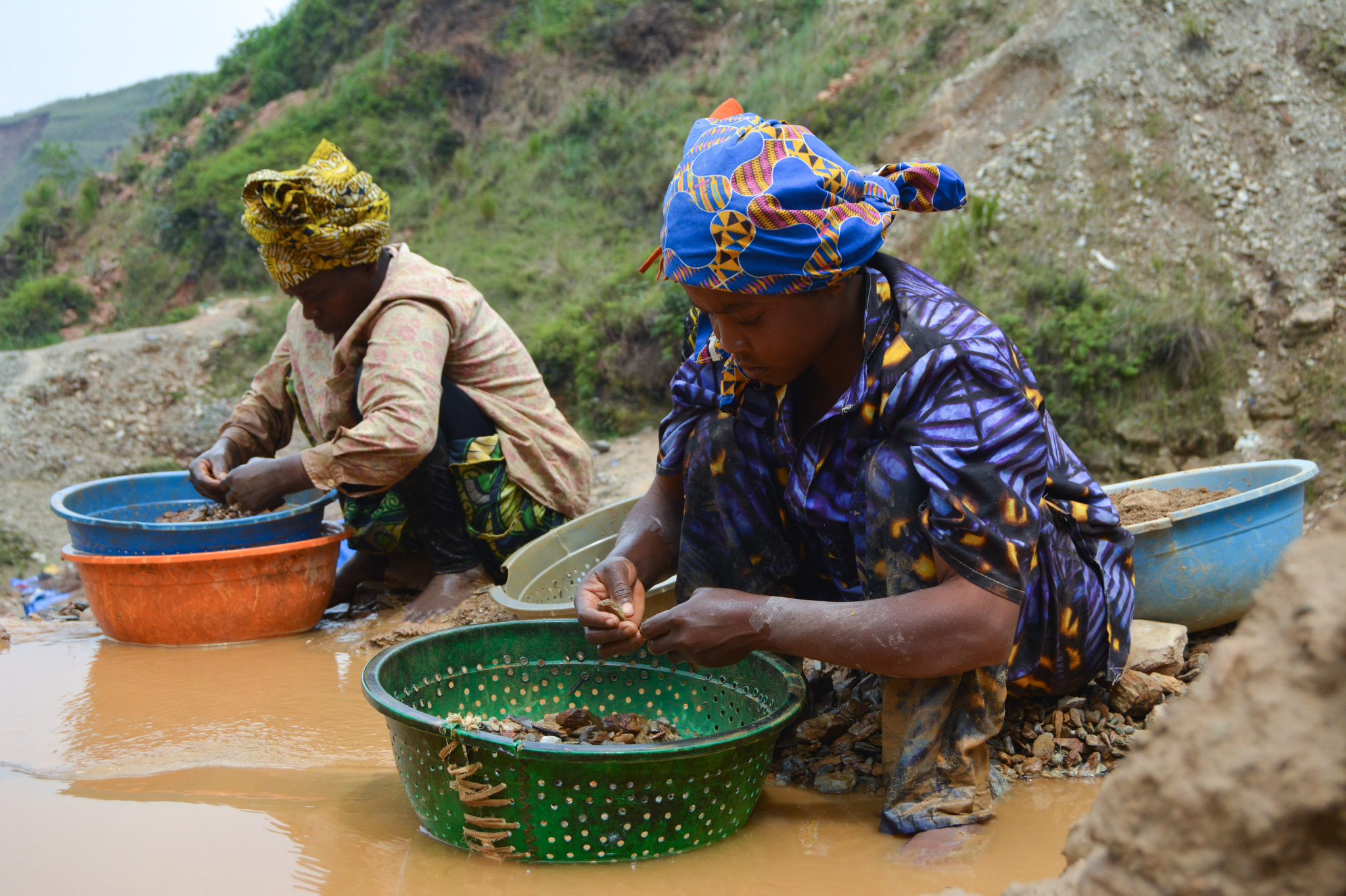 KAMITUGA, DEMOCRATIC REPUBLIC OF CONGO — Up on the hill, men with flashlights attached to their foreheads emerge from underground and carry plastic buckets filled with rocks down to the river. There, women dressed in head scarves and traditional kitenge outfits — colorfully patterned cloth wrapped around their chests or waists — are waiting to wash, sort and crush the rocks into fine particles, all in search of a precious metal: gold.

More than 300 people are gathered in this quarry, the site of the Calvaire mine. It’s one of four major mining sites around Kamituga, a mining town in the Mwenga territory of South Kivu province, in eastern DRC. Most of the men and women are artisanal miners — individuals who aren’t employed by a mining company, but who have instead struck out on their own.

Some 13,000 people work at the mines around the village or in local businesses that buy gold and otherwise rely on the mines for income.

Yet the mining operations have come at a steep cost — to the safety and health of the miners, and to the environment. Rockslides have been a regular occurrence, a consequence of the tunnels dug by mine workers thousands of feet below ground. In December, the Calvaire mine collapsed, killing more than 50 miners trapped inside. And the women who spend their days crushing and sieving rocks are prone to respiratory diseases, caused by their continuous exposure to dust. Deforestation also is a major issue in the area, the result of unregulated logging in order to build mineshafts and housing for miners. 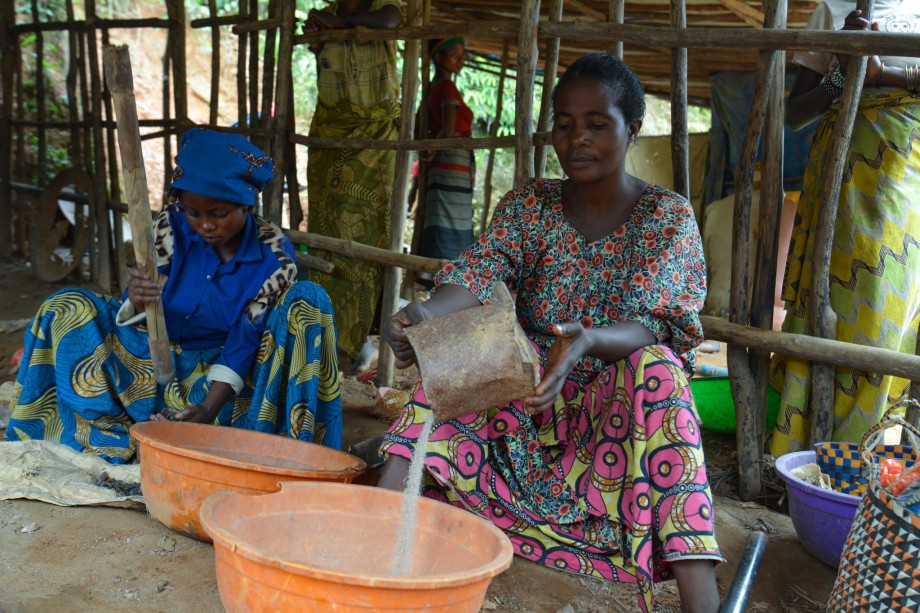 Muta Munyegelwa, right, and Martha Tuliya crush rocks into dust, which will be sifted to separate the gold.

“Although it’s a difficult job, I don’t pay attention to the consequences and focus on what’s important, which is the survival of my family,” says Muta Munyegelwa, a widow and mother of five who spends hours each day crushing rocks with a metal pipe. She began her workday before 6 a.m. and by midday, after more than six hours of work, she is visibly exhausted.

Munyegelwa used to be a farmer. But after soil erosion in the area damaged her land, she decided to join other women in the mining industry. Now she has been crushing rocks for six years and relies on the work to provide food for her children and send them to school.

In December, however, Munyegelwa started to have breathing problems, regular chest pains and a frequent cough. In February, she finally went to the hospital, where she was diagnosed with tuberculosis. 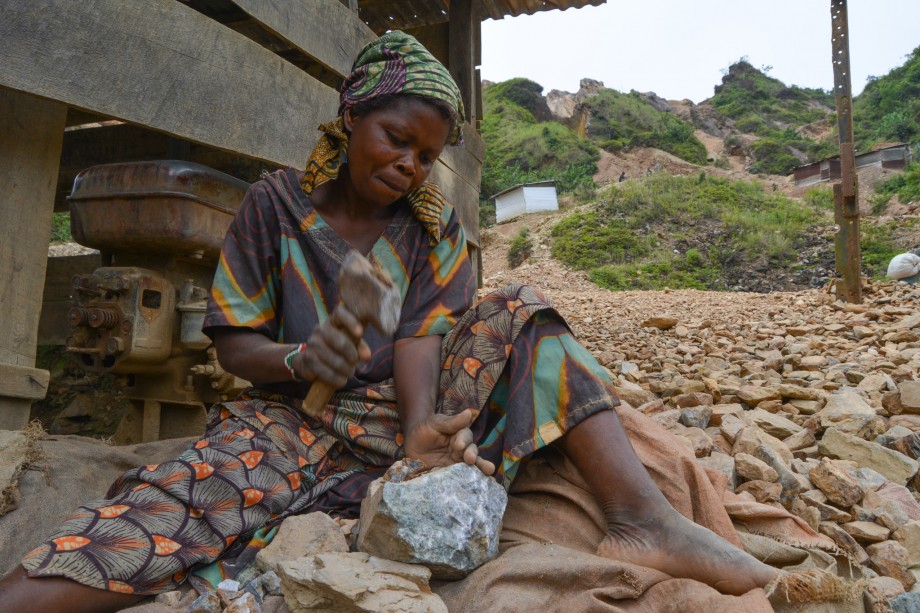 Despite her illness, she has continued to work at the mine.

“I thought that the pain was going to fade away, but it hasn’t,” she says. “Although I have greater difficulty breathing, I have no choice but to force myself to go to work.”

Munyegelwa is not the only miner whose work has impacted her health. Disi Fikiri, director of nursing care at Kamituga’s General Referral Hospital, says he has treated many artisanal miners — most of them women. In 2020, the hospital treated 165 women who suffered from lung diseases, compared to 77 men.

“These women suffer from various pathologies, such as tuberculosis and pneumoconiosis,” Fikiri says. 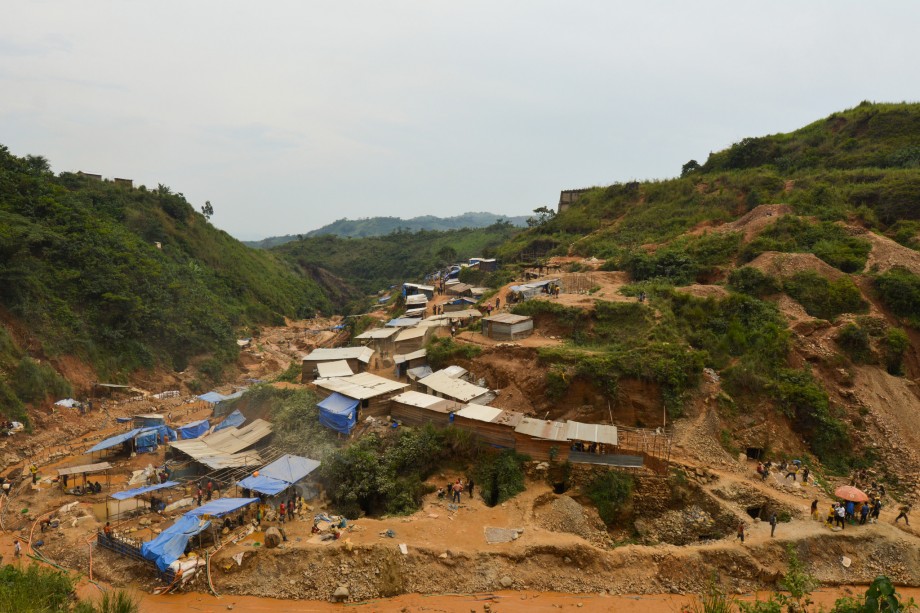 Mining has caused deforestation and soil erosion in the region.

Furaha Mazambi says that, like Munyegelwa, she has no choice but to risk her life hammering rocks at the mining site. “At least when you come here, you know that you will have a little money to bring home at the end of the day to feed the children,” she says.

She, too, would rather work as a farmer. But the extensive logging in the region to support the mining operations has destabilized the soil, causing erosion and desertification. As a result, farming in the area has become a challenge.

Pascal Maisha, an artisanal miner, says it’s impossible to extract gold without cutting down trees. And since gold brings in so much more money than farming, it’s difficult to feel concerned about the environment. 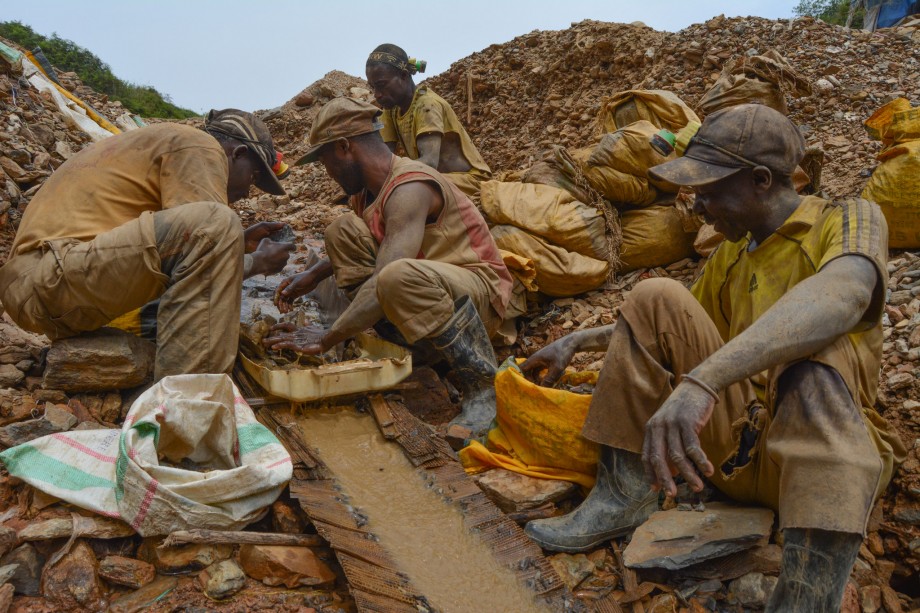 Pascal Maisha, far right, and other miners select rocks to be crushed by the women at the river.

“We understand the harmful consequences of our work on the environment,” he says. “But also we live thanks to this profession of gold extraction.”

Government officials didn’t respond to requests for comment about the situation in Kamituga. But César Lugendo, technical adviser for the local environmental group Together for a Healthy Environment, says the organization is trying to raise awareness about sustainable logging practices.

“While the primary forest has been entirely cut down, reforestation through the planting of new trees is the solution,” he says. “Otherwise in 10 years’ time, there will be nothing but dry land.” 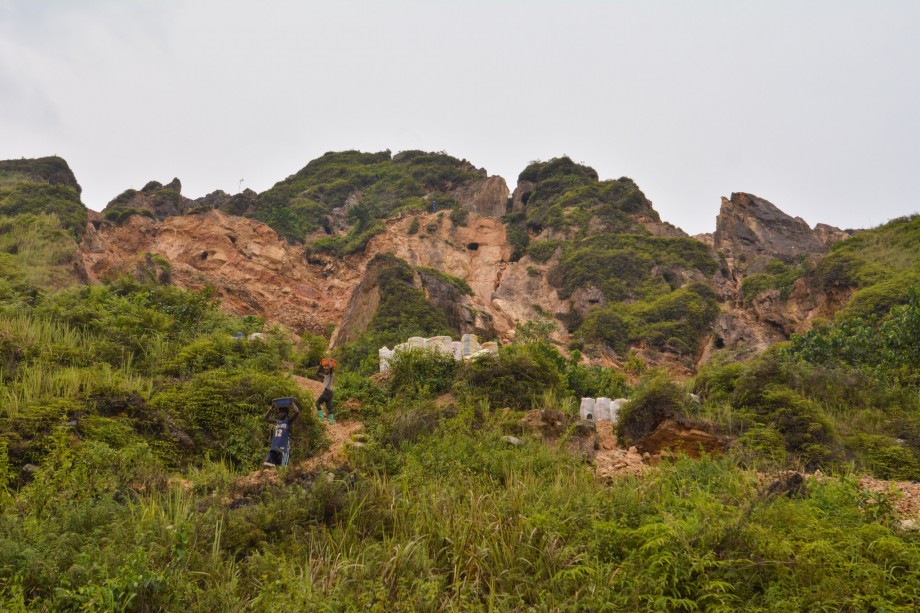 Evidence of deforestation and erosion is visible in the hills surrounding the Calvaire mine.

Using machines to grind and crush minerals would prevent the women from inhaling dust all day, says Emilienne Itongwa Wakubenga, coordinator of the Women’s Mining Cooperative of Mwenga, which advocates on behalf of women who work at mining sites in the region. She also intends to set up a small microfinance initiative so that women working at the mines can gain more economic security.

For now, she says, the rewards that come from mining don’t always outweigh the risks.

“A woman has to crush an entire bucket full of rocks to earn $5 a day,” she says. “And if she fails to extract any gold, she will go home empty-handed with nothing but pains in her chest.”

Despite Munyegelwa’s persistent dry cough and regular chest pains, she plans to continue.

“I have to crush all these rocks in front of me to be able to feed my children,” she says. “I have no other choice.”