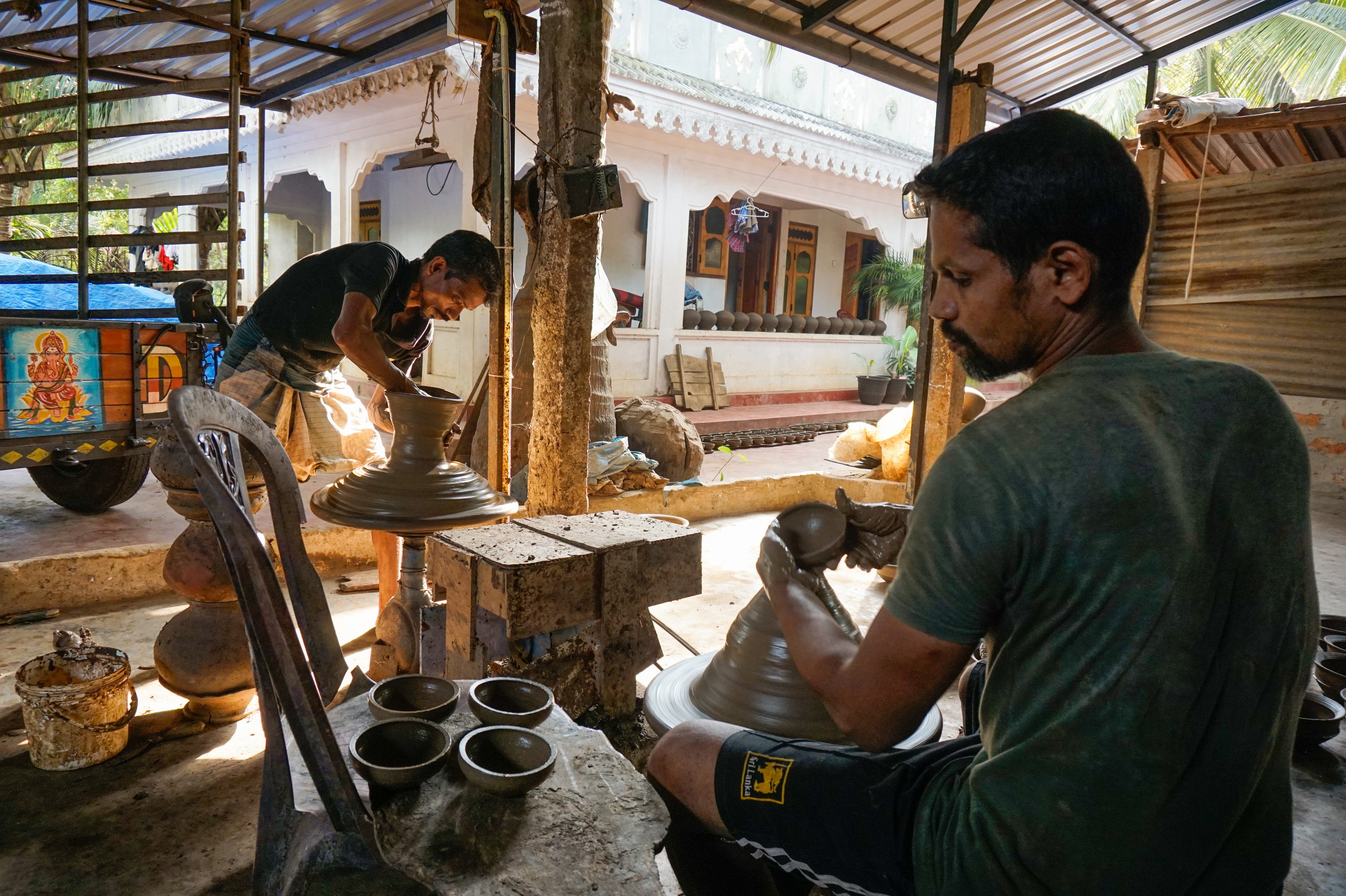 These days, in Muniyasami Ravikumar’s small factory next to his home, the spinning wheels — and the hands shaping clay on them — are a frenetic blur. Hundreds of freshly-made pots glisten in the sun; others, already dry, are stacked in teetering piles, ready to be transported from his hometown of Tirunelveli in Jaffna district to the rest of Sri Lanka — and the world.

Traditional pottery in Jaffna has flourished since the end in 2009 of the country’s decades-long civil war. But the prosperity, says Muniyasami, has been a mixed blessing. Even as standards of living have increased for potters, locally known as “kuyaharwal,” their children often don’t want to carry on the family trade. In the Sri Lankan Tamil caste system, predicated on the hereditary transmission of occupation and status, pottery and other artisanal jobs have historically been “lower-caste” professions, associated with a lower social rank.

“I just worry that this job will die with me,” Muniyasami says.

Muniyasami is an energetic 50-year-old man, wearing clothes streaked with days-old clay and a voice that pierces through the clanking of the machinery. “In the early days, I had at least six workers,” he says. “Currently, it is only possible to have one or two.”

There are days when there are no workers at all, so his wife, Ravikumar Rathinavalli, steps in to help. Demand is high, Muniyasami says, because, after a turn to aluminum and steel, clay utensils have once again become fashionable and are considered more environmentally friendly. Still, he sometimes has no choice but to refuse orders due to labor shortages. There is added imperative for moving quickly: As Sri Lanka suffers from prolonged power outages, owing to a crippling economic crisis, the window for work has reduced drastically. 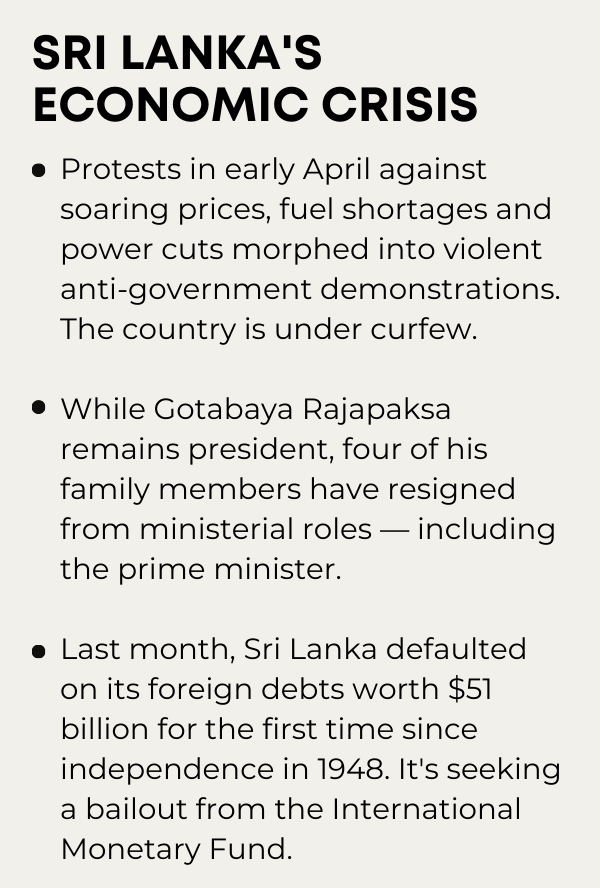 A generation ago, more than 40 families were involved in pottery in Jaffna, says Muniyasami Iyathurai, Muniyasami Ravikumar’s brother and also a potter. But at present, the local industry is sustained by fewer than six.

Palanimurugaih Rajenthiram has been making pottery in Tirunelveli for 37 years and continues to do so despite his son’s protest. “I’ve seen my father be tortured 24 hours a day and told him to give up the job, but he continues with it,” says Rajenthiram David. “I do not want to do it. I want to live at a high level like everyone else in the community.”

After working as a manager in a private company for two years, the 26-year-old now serves as a police officer. “Everyone who studied with me is in government service — so why should I be the only one who works as a potter?”

For some families, the rupture started during the civil war, which broke out in 1983. Aravinthan Nilanthina, a pottery instructor in the town of Chankanai, says road closures during the conflict made it difficult to procure clay and other raw materials. “In such a situation, many people started giving up on the business.”

Palanimurugaih agrees that it was a difficult time. Sometimes, it was only possible to make pottery using soil scooped from the local pond — which invariably resulted in inferior products.

Muniyasami Ravikumar, on the other hand, was displaced during the war to an area where riverine clay was easily accessible — one reason why, unlike many others, he was able to pursue the family trade. “In fact, that’s when I learned the trade and began working as a potter,” he says. 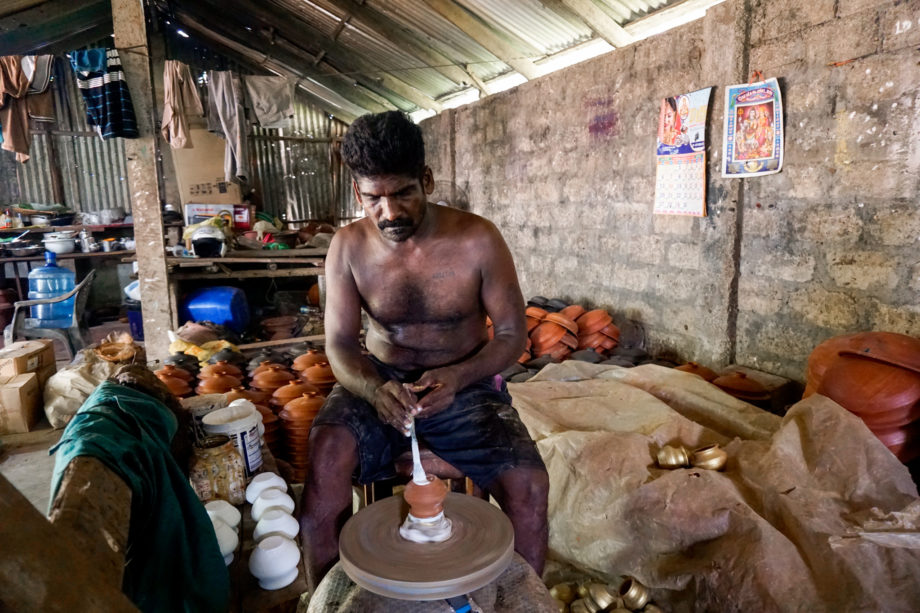 Palanimurugaih Rajenthiram applies color to small pottery that will be used in temples.

Historically, pottery workers have received support from the government, says Nesanathan Piratheepan, who works as a district officer in the Department of Industries in Jaffna. He cites the vocational center, where Aravinthan teaches, which the government set up in 1966. Pottery workers have also been provided grinders and other machines, as well as funds to build pottery sheds; in addition, Nesanathan says, exhibitions and markets are often set up to promote potters’ products. Moreover, in 2020, the newly-elected government of President Gotabaya Rajapaksa created a new state ministry for the promotion of clay, cane, brass, furniture and rural industries, he adds.

“We are ready to give training to new potters, but the younger community is just not interested,” Nesanathan says.

The training center in Chankanai has taught between 60 and 70 students over the past eight years, but very few have pursued a career with that training, Aravinthan says. One reason, the pottery instructor says, is that access to government jobs has increased, as have the number of those jobs.

And because pottery has traditionally been a community-based vocation — that is, contingent on caste — no one else comes forward to learn, Muniyasami Iyathurai says. “Even if a few do enter the trade,” he adds, “they will not have the patience or elegance for this business.” 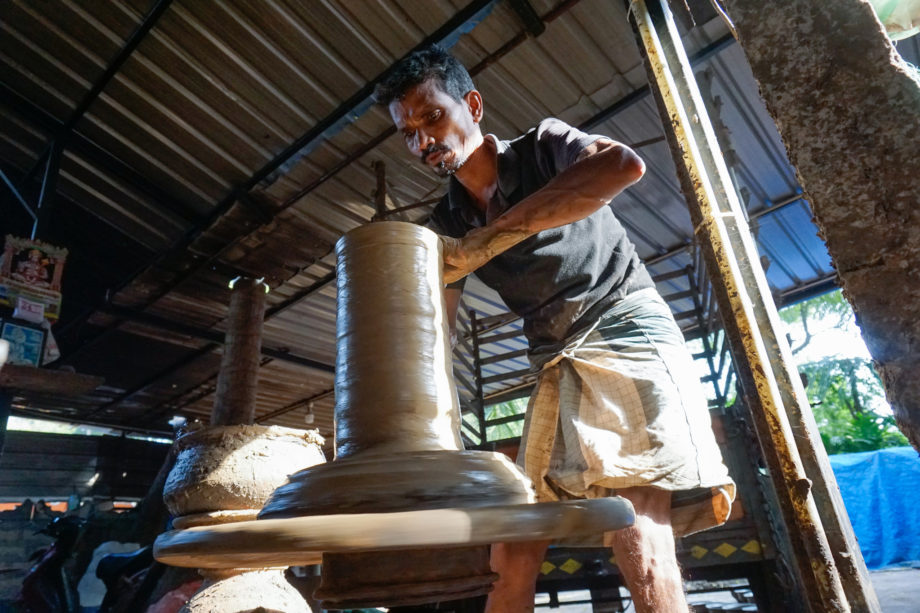 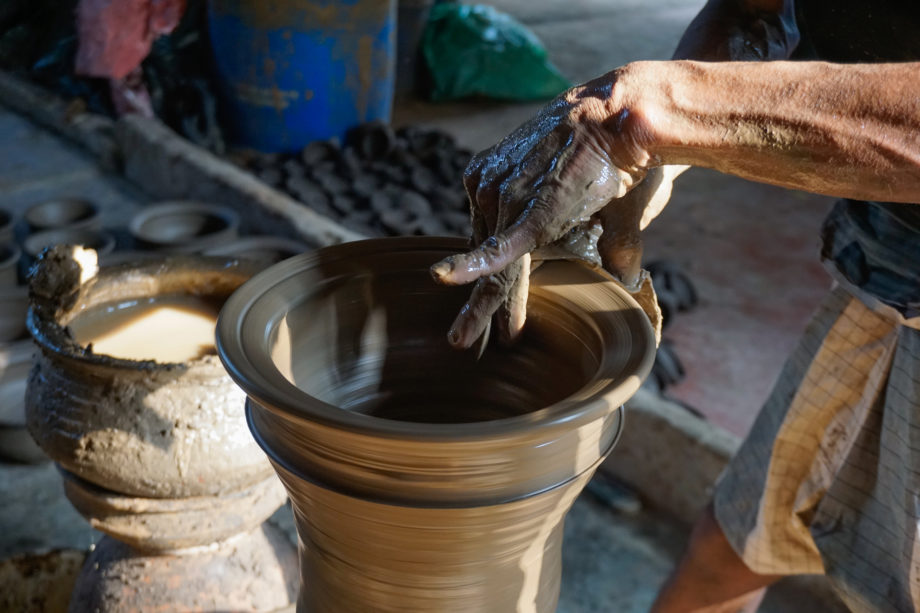 Muniyasami Ravikumar operates a pottery wheel in his workshop in Tirunelveli. 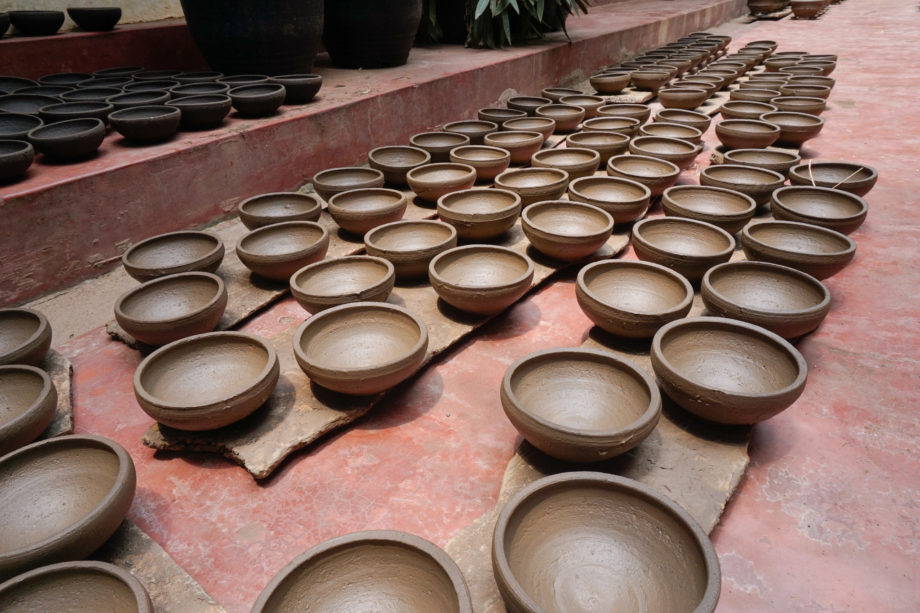 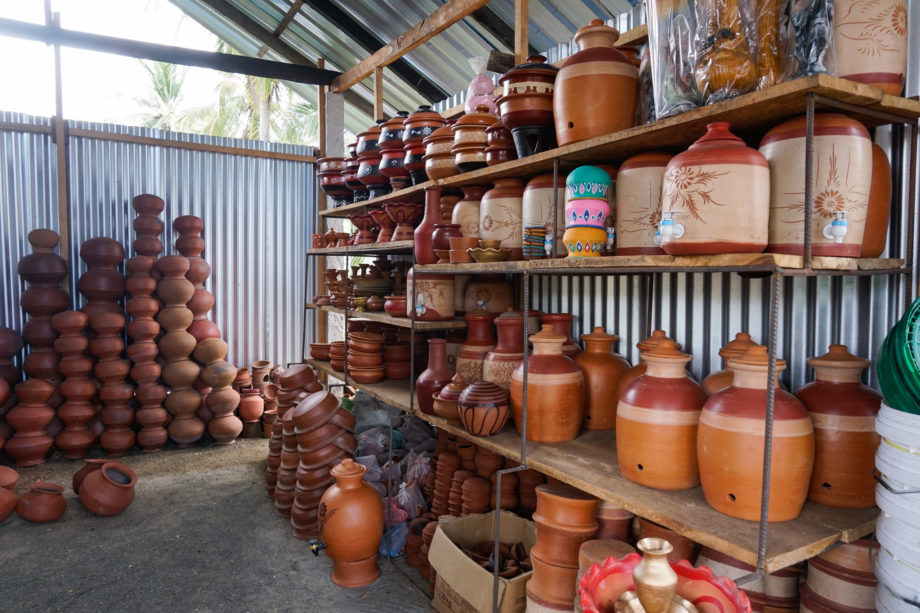 Pottery dries in the sun in Tirunelveli, left, and is displayed for sale in Jaffna, right.

Pottery isn’t the only traditional industry languishing in this manner, says Nesanathan. So is cloth-dyeing and toddy-tapping — collecting sap from the top of coconut trees — both historically lower caste-based professions.

At 7 in the morning, smoke is already rising from Muniyasami Ravikumar’s pottery shed. There is much to do: His small enterprise produces between 300 and 500 items every day, and he ships consignments to Switzerland, Canada and the United Kingdom several times a year.

Less than 12 kilometers (7 miles) from the shed is the site of the ancient Tamil capital of Kandarodai, where shards of pottery dating to the second century B.C. were discovered. As nomadic communities on the island became more settled, the need to store goods emerged, says Paramu Pushparatnam, professor of archaeology at the University of Jaffna, giving rise to pottery and leading to its use in hundreds of places, as far back as 3,000 years.

This is the lineage of which Muniyasami Ravikumar and his fellow potters are part. Even as they face a swathe of other challenges — power cuts, problems with soil procurement — none seem quite as existential as the thought that there may be no one willing to follow in their footsteps.