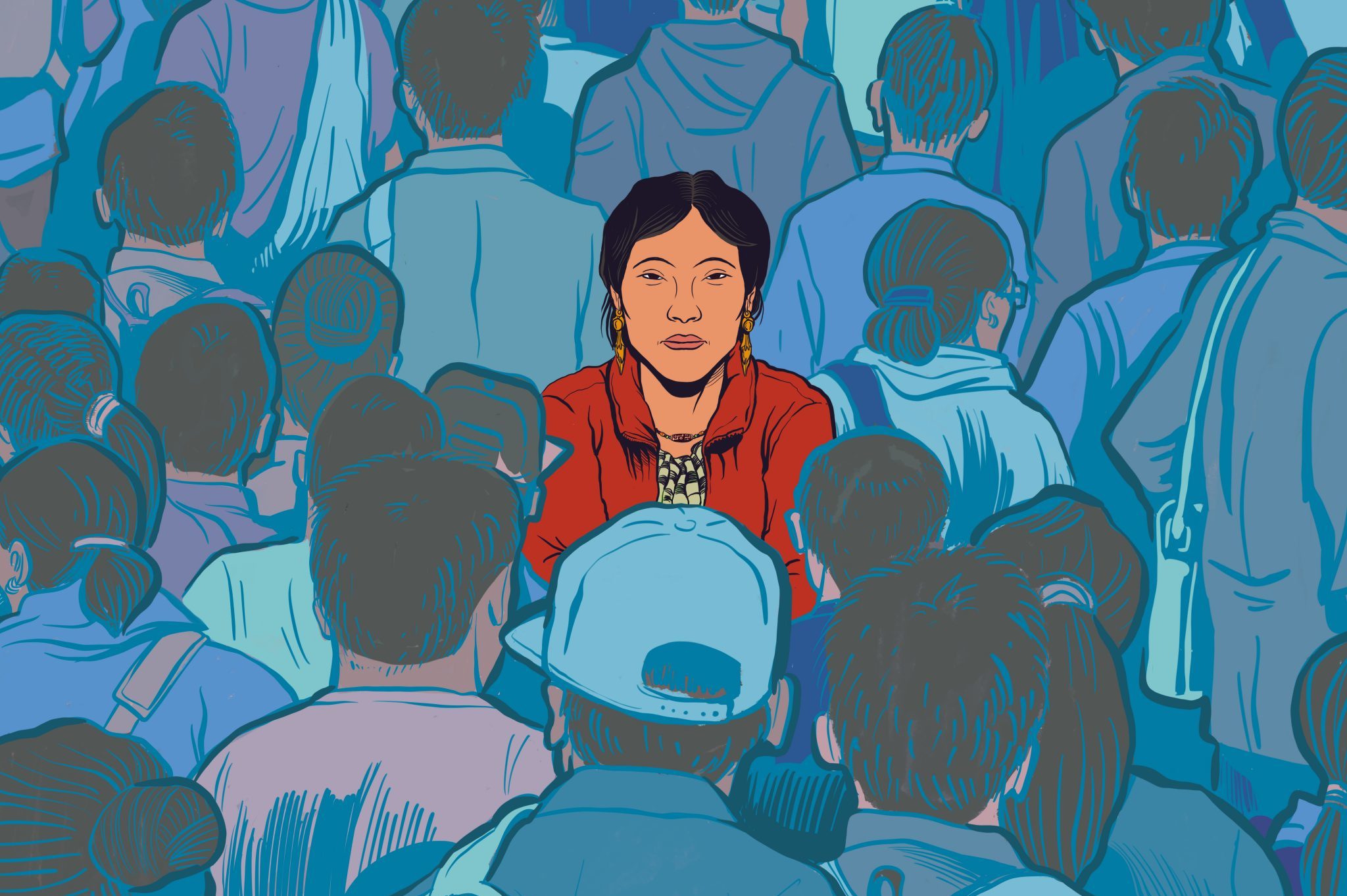 KATHMANDU, NEPAL — Tenzin’s grandparents fled Tibet for Nepal long before he was born. His father died when he was 1, leaving his mother to support six children. Because she wasn’t a citizen, no one would hire her. Still, she built a small souvenir business because she had a government-issued refugee card.

Tenzin, 32, doesn’t have a refugee card. In fact, he has no identity document.

Unlike their parents and grandparents, young Tibetan refugees and Tibetans born in Nepal are not recognized by the government, leaving them in a limbo that has profound implications both personally and professionally.

The challenges have left young refugees in despair: Their forebears came to Nepal to practice their religion, culture and vocation freely – all of which they say the government now denies Tibetans.

“I know I am a Tibetan, but part of me is a Nepalese too,” says Tenzin, who, like most Tibetans, doesn’t use a surname. “I was born here and my home is here. But there is no future for us here. A future that everyone has the right to freely dream, that freedom we don’t have here.”

China annexed Tibet in 1950, and in 1959, protests erupted. The Dalai Lama – Tibet’s spiritual leader – fled into exile in neighboring India, and many of his countrymen followed. They also poured into Nepal. 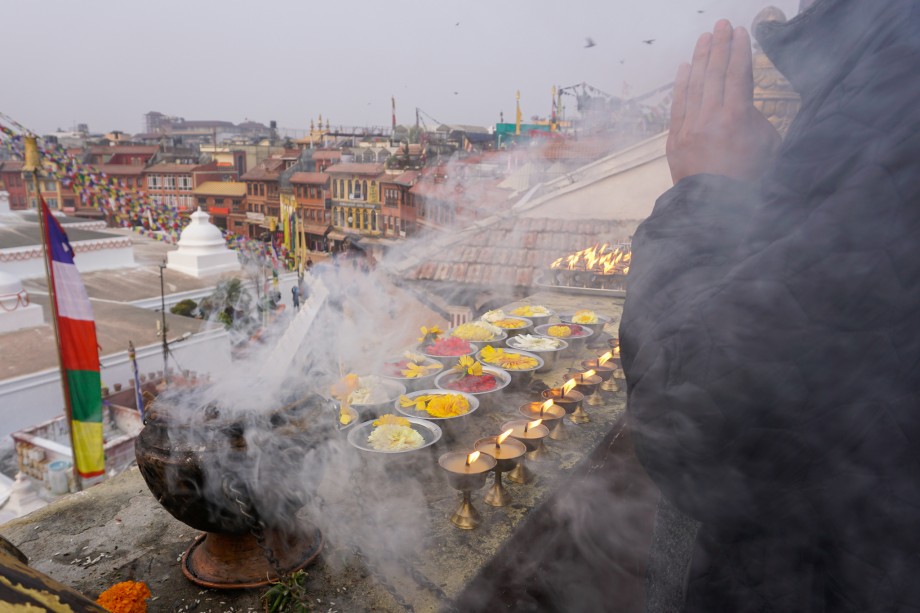 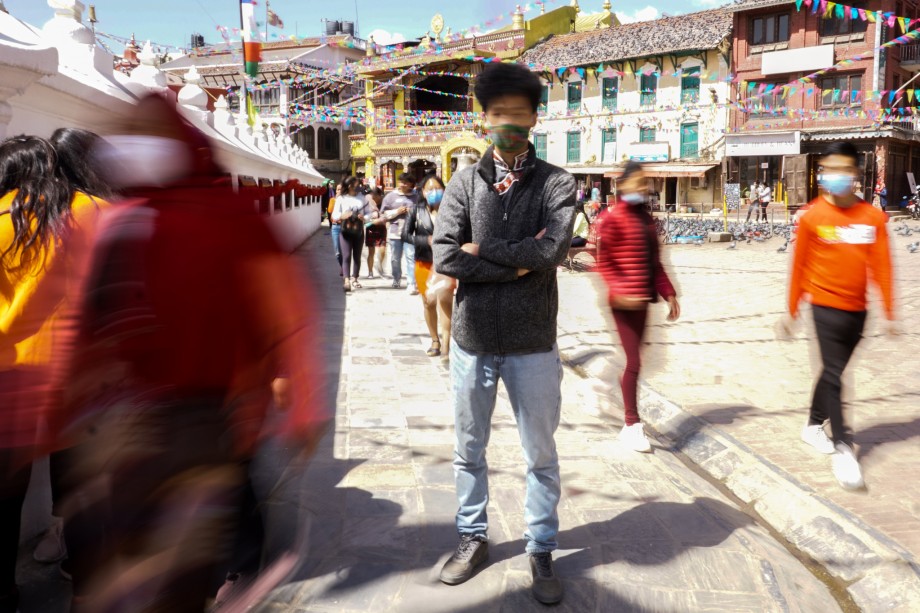 A Tibetan refugee visits a Buddhist shrine in Kathmandu. He asks, “At the end of the day, who are we?”

The Nepalese government issued refugee cards, which allowed Tibetans to live in Nepal and travel within most of the country but conferred few other rights or privileges. The government hasn’t issued those identity cards since at least 2002, apparently as a gesture of solidarity with China, with which Nepal has drawn closer over the years.

Officials also haven’t counted Tibetan refugees since 1993, when they numbered about 12,540.

Nepal isn’t a signatory to the 1951 Refugee Convention, a United Nations treaty that defines the rights of those fleeing their home countries. Government officials are unapologetic about their treatment of Tibetans.

“We are not a country that welcomes refugees,” says Chakra Bahadur Budha, spokesperson for the Ministry of Home Affairs.

Refugees live among the population and also move in and out of 13 refugee camps. Located next to neighborhoods and roads, the settlements offer clinics, schools, tea shops, general stores and Buddhist shrines. Refugees sell traditional Tibetan meals. Prayer flags flutter.

Young refugees struggle to find work. After completing his master’s degree in electronic media and working in India, Tenzin returned to Nepal in late 2014 to support his family. He wanted a career in Nepalese media, but his lack of documentation ruled out that option.

Instead, he got a job with a nongovernmental organization that works with Tibetan refugees. It did not ask for identification.

“We are not a country that welcomes refugees."Chakra Bahadur BudhaMinistry of Home Affairs

No official unemployment data exists for young Tibetans. Many end up helping in their family’s souvenir shops or toiling in small tea shops and carpet factories run by other Tibetans but legally owned by Nepalese.

As a Tibetan, Tenzin can’t open a bank account or buy land or a house in Nepal. He does all transactions in cash.

“I feel insecure and sad,” says Tenzin, calm and soft-spoken.

Tsering, a 33-year-old Tibetan refugee, used her mother’s refugee card to apply for a visa to go to the United States for her master’s degree in 2014. The process took three months, as she pinballed between five Nepalese bureaucracies.

With Nepalese citizenship, she would have avoided that hassle.

When she travels to India, Tsering says, its border police harass her and other refugees. They tell her they will hold her at the border, she says. They threaten her with jail.

“This is how it feels when you don’t have a country,” says Tsering, who grows emotional when discussing the challenges of Tibetan refugees. “I felt helpless that there is no way around. You can’t fight them. You cry so they have pity on you and let you go.” 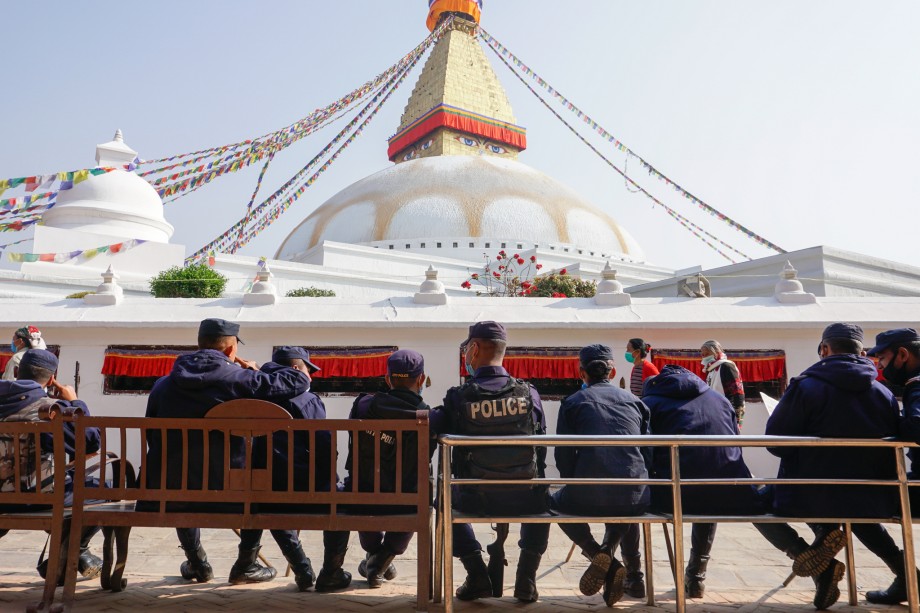 Police are on alert at a Buddhist shrine in Kathmandu on March 10, 2021, the 62nd anniversary of the Tibetan uprising against the Chinese government.

Human rights activists, including Narendra Bastola of the Human Rights Organization of Nepal, point to a raft of indignities visited upon refugees. Police show up at religious festivals and sometimes detain them. Refugees who display the Tibetan flag are subject to arrest. Tibetans in Nepal are not permitted to publicly celebrate the Dalai Lama’s birthday.

Some refugees resort to subterfuge to survive.

A Tibetan refugee, who works for a nonprofit, grew up as an orphan with his grandmother in India. But a few years ago, when the 28-year-old learned his mother was alive, he moved to Nepal.

The man, who asked not to use his name out of safety concerns, has fashioned fake documents so that he can see relatives and friends in India without being hassled by border police.

“At the end of the day, who are we, and what is our identity?” he says. “What is our history? Is it the one given in our fake document, or is it the one we are born with?”

This story has been updated to remove the name of a Tibetan refugee who fears for his safety.