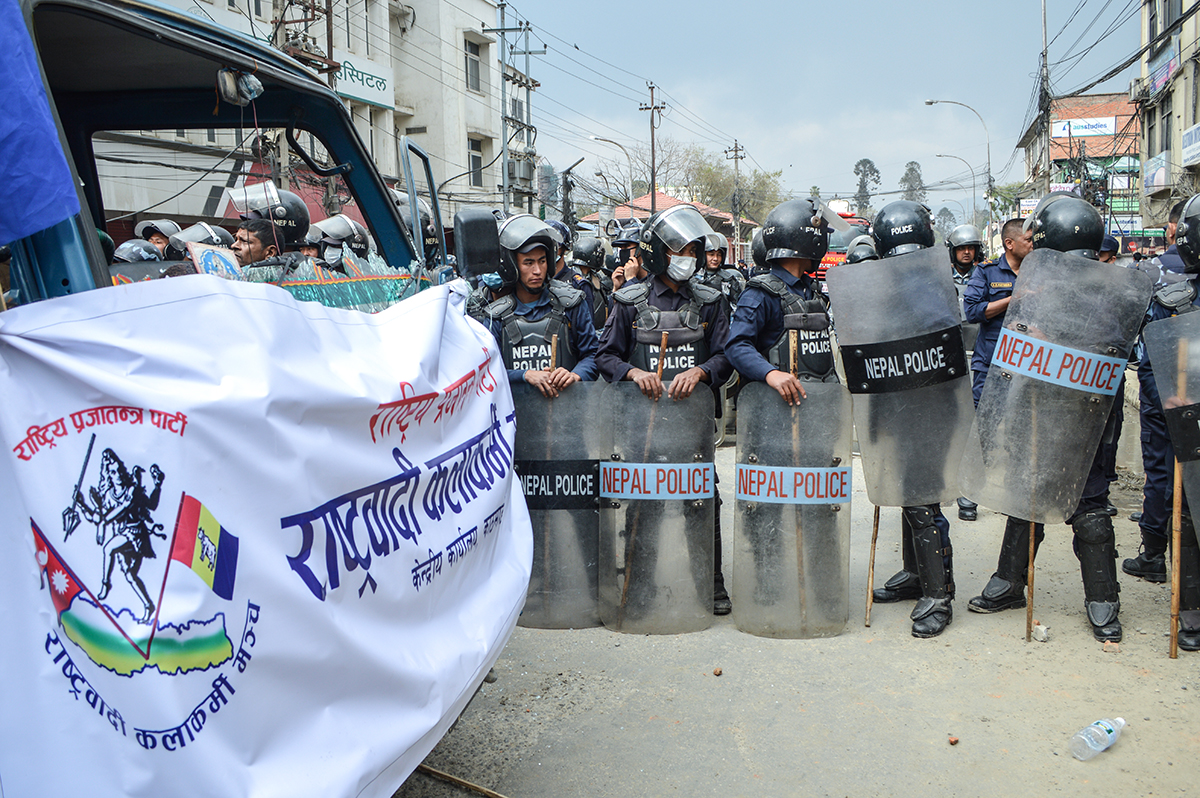 KATHMANDU, NEPAL — Security forces stand outside Nepal’s Election Commission in Kathmandu’s Jamal district as officials here prepare for May 14 local elections, the first of three levels of elections that must take place before Jan. 21, 2018, to complete the nation’s transition to a democracy.

The armed forces are in place to prevent disruptions as the commission puts the mechanisms of voting in place for 744 village and city posts throughout the country. The historic elections are key to moving forward as the nation struggles with forming a representative government to replace a 239-year monarchy.

The armed forces were needed when Rastriya Prajatantra Party activists staged a protest on March 20 after the commission refused to allow their pro-monarchy, Hindu-state party agenda, which conflicts with the 2015 constitution, on the ballot. 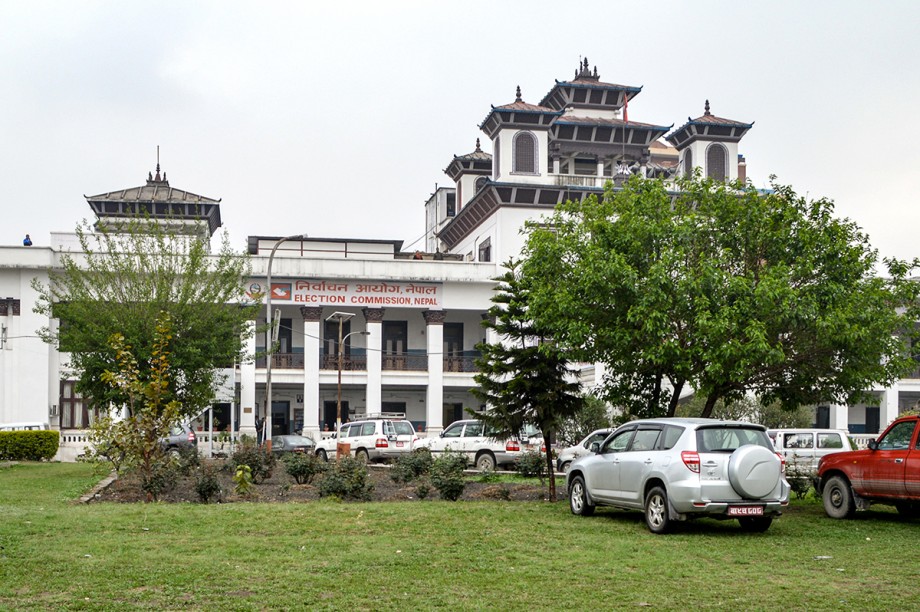 Nepal’s Election Commission in Kathmandu, Nepal, on March 17. The commission is preparing ballots and voter registration lists for the May 14 local elections. Officers say the election will go on despite objections.

At the other end of the political spectrum is the United Democratic Madhesi Front. It has opposed the elections, saying promises struck in 2008 at the end of the nation’s decade-long civil war to provide the group and other marginalized ethnic people adequate representation didn’t materialize in the 2015 constitution. The group has called for a Madhesi province with electoral constituencies based on population as well as proportional representation at the federal level. (Read the GPJ story here.)

Madhesi political and ethnic groups, which are a majority along the plains nearest India, mobilized when the constitution was adopted in 2015, blocking Nepal’s border for months. (Read the GPJ story here.) And in March, they held protests again after four Madhesi protesters were killed by police during disruptions at a pro-election rally in the country’s Saptari region. (Read the GPJ featured photo here.)

Despite complaints from both ends of the political spectrum, election preparations are in high gear: the code of conduct for election officials is in place, ballots are printed and voting centers are being finalized. Some 14 million voters are registered, according to Surya Prasad Sharma, the Election Commission’s spokesman.

Sharma says local elections will go on even in Province No. 2, which is controlled by Madhesi political groups. A good sign, he says, is that some Madhesi parties have registered for local seats in Terai in the southern plains of Nepal where the United Democratic Madhesi Front is in the majority.

Ishwor Pokhrel, general secretary of the Communist Party of Nepal (Unified Marxist–Leninist), one of the largest political parties in Nepal, has vowed the elections will be held at any cost, “even by mobilizing our political and administrative forces,” he says.

Bipin Adhikari, a constitutional expert and a dean of Kathmandu University School of Law, says Nepal’s constitution says that while the Madhesi “want to fulfill their demands at any cost … they don’t want to make their agenda vanish in the air.”

At this point, he says, elections are essential because the constitution can no longer be amended by those who drafted it.

Therefore, Adhikari says, “the elections should be held at any cost. If the deadline for the election is lapsed, all forces would lose their legitimacy.” 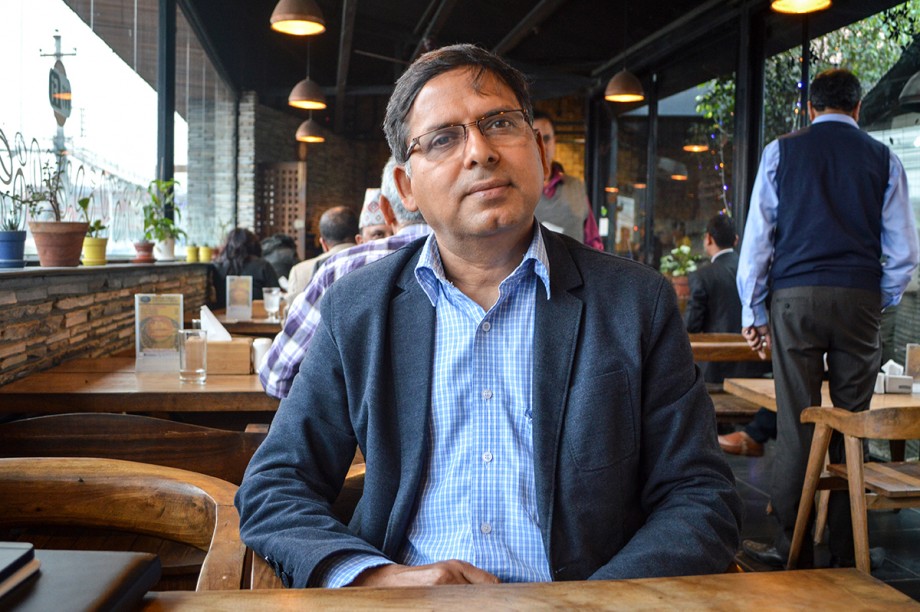 Nepalese constitutional expert Bipin Adhikari says local, state and federal elections before Jan. 21, 2018, are crucial, and that the constitution can be amended once elections are held.

Upendra Yadav, coordinator of the Federal Socialist Forum, one of the political parties in the Madhesi coalition, says that while the government has failed to address their demands to amend the new constitution, some signs exist that once representatives are elected under the new constitution, a secular commission could be named to consider redefining jurisdictions.

“There is a probability to go to the election if our major agenda will be addressed,” he says.

To encourage Madhesi participation in the elections, Nepal’s government April 11 introduced a constitutional amendment bill in Parliament that if passed would allow a federal commission to consider establishing new provincial boundaries.

The United Democratic Madhesi Front wants to ensure demands for a more representative government will be recognized and has pushed for a change to provincial boundaries as a way to bring this about.

But Adhikari says that nothing in the new constitution prevents local elections from being held first.

“In the constitution, there is not especially written [that] holding an election from bottom to top is invalid, as election can be done from any line,” he says.