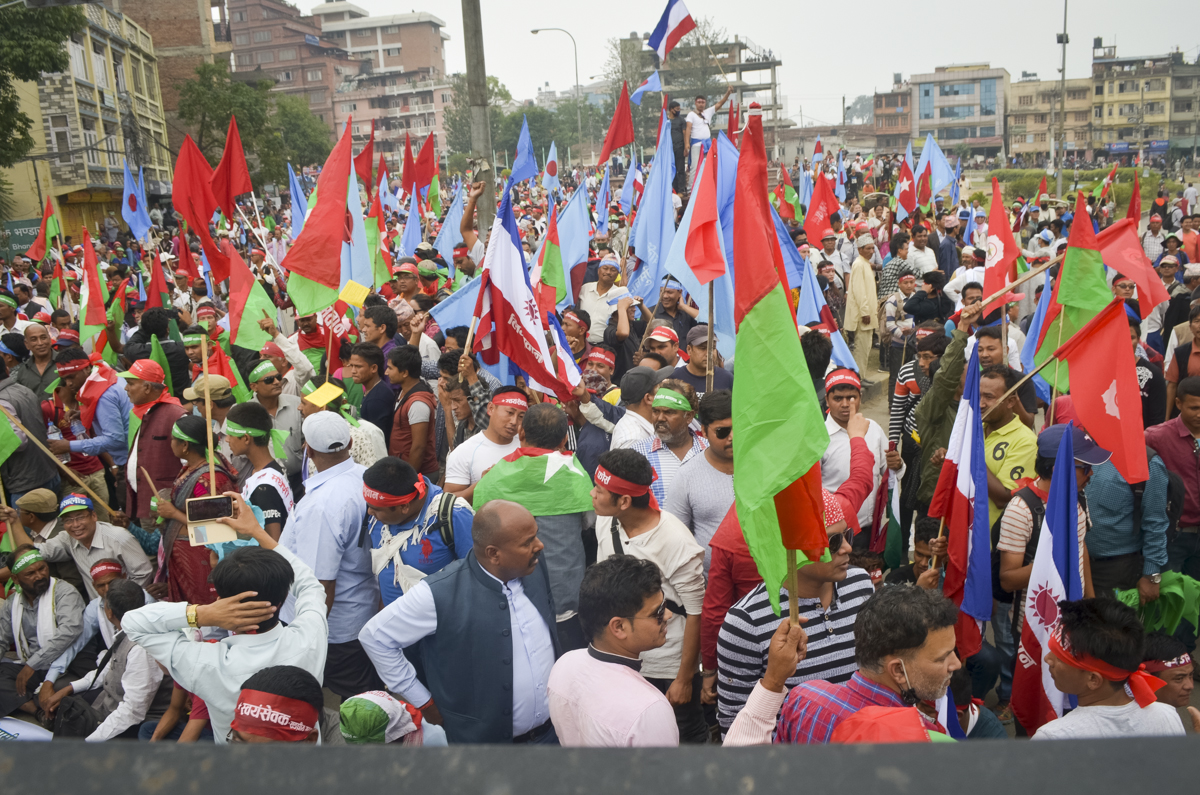 But now, the protests are starting up again.

Madhesi leaders say the demands they made in their protests earlier this year weren’t met, including proportional representation for minority groups.

The Madhesi want changes made to the constitution introduced last year (see GPJ’s story on the constitution here). Twenty-seven groups, including political parties and alliances of indigenous groups, joined together in an informal alliance for the current protests, which began on April 27. Two more groups joined the alliance in May.

Rajendra Mahato, president of the Nepal Sadbhawana Party, is at the forefront of the protests.

In an interview with Global Press Journal’s Kalpana Khanal, Mahato discusses the frustrations of the communities represented by his party, and says their protests will continue until their demands are met. This is an excerpt from that interview. 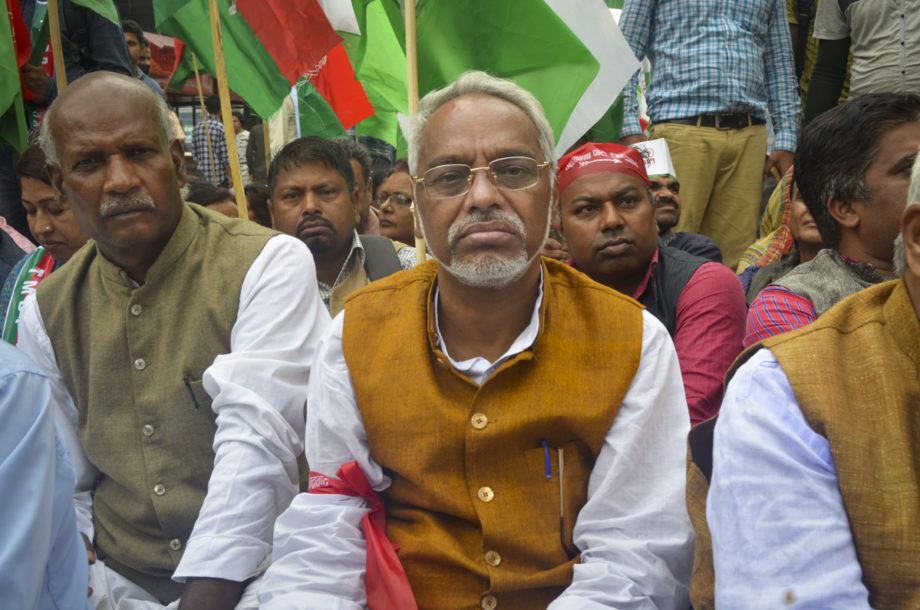 Rajendra Mahato, president of the Nepal Sadbhawana Party (center, with red arm band), joins other protesters at a sit-in outside Singha Durbar, where government offices are housed.

The Madhesi group is protesting again. When and where is the protest occurring?

We have already started our protest programs in all 75 districts of Nepal since April 27.

Why is your group planning to protest again? 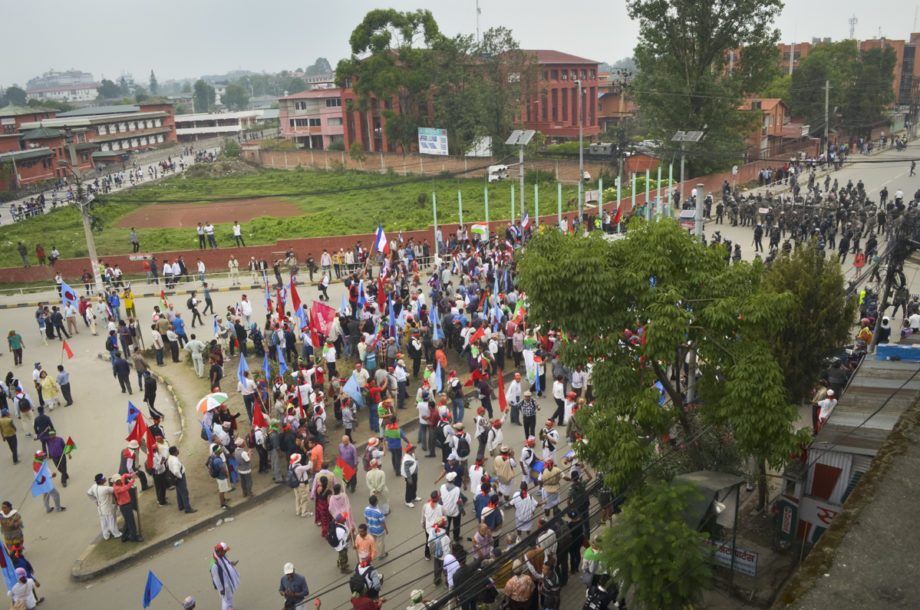 Protesters from multiple political parties gather in mid-May in Kathmandu.

What were the agreements that were signed with you in the past?

There was an agreement signed with us in 2008. Girija Prasad Koirala was the prime minister of Nepal at that time.

Formation of Tamang, Tharuwan [and] Madhes provinces along with a non-territorial special province in the new federal structure of the country, proportional representation of all groups in the governance system of the country, a Madhes province with full authority and electoral constituencies based on population, among other points, were included in the agreement. The agreement was that these demands would be incorporated in the new constitution drafted from the Constituent Assembly that was going to be elected at that time.

Another reason is that the new constitution, which was enacted [in September], took away even those rights that Madhesi have got from the Interim Constitution of Nepal in 2007. The current new constitution turned to be a regressive constitution. For example, the proportional representation system based on population was enshrined in the interim constitution. 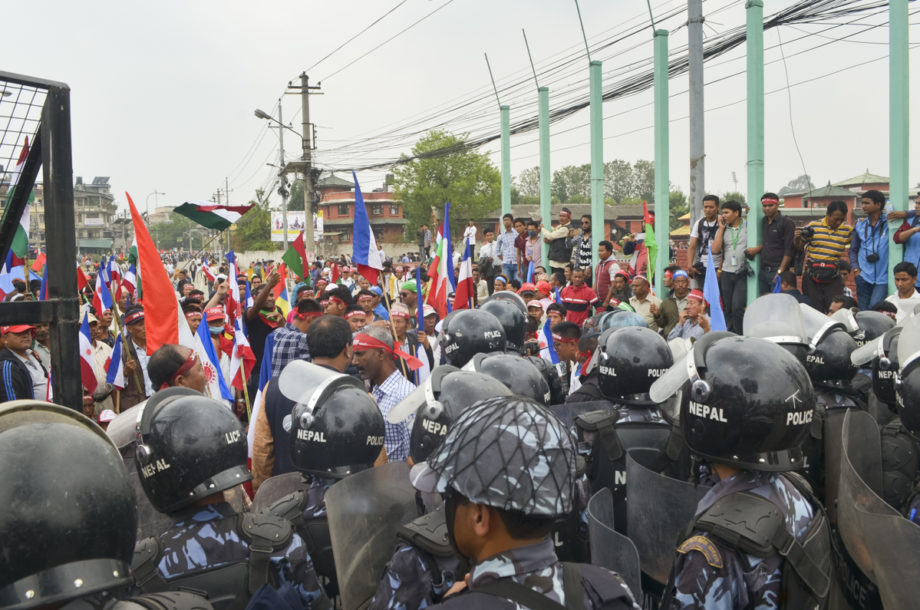 We have struggled many times before the constitution was endorsed. However, the constitution drafting process went ahead by turning a deaf ear to our dissenting voices. We were ignored. Then there came a situation when we were compelled to go for the street agitation.

So your demands were not addressed from the six-month-long protest that you did earlier?

Yes, none of our demands were met. The government deceived us again to end our protest. 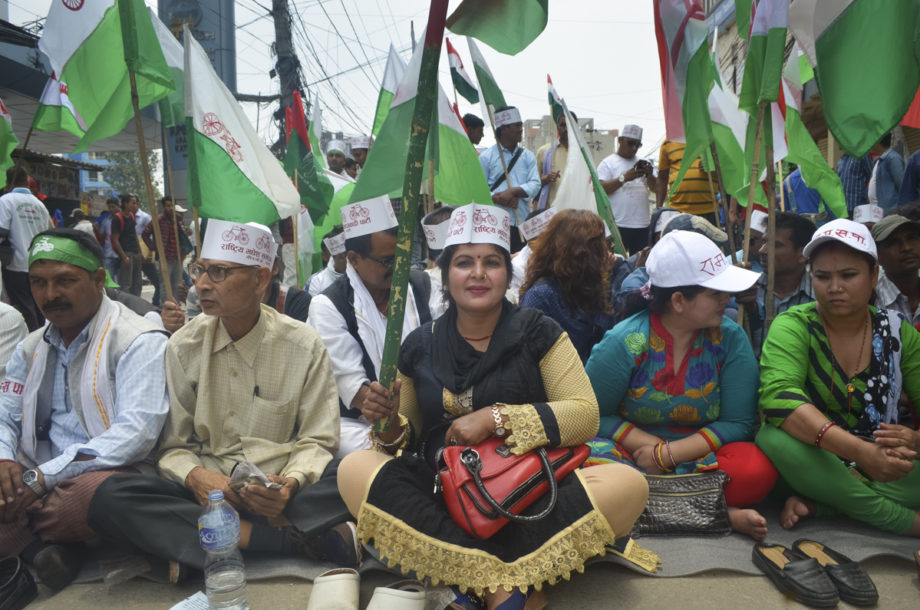 Rekha Sah (center), district president of the Tarai-Madhesh Loktantrik Party, joins the sit-in at Singha Durbar, which is considered to be the seat of Nepal’s government.

That means you did not achieve anything from the first protest?

We have not achieved anything substantial yet from the first protest. However, the world knew the identity of the Madhesi. It helped to establish the issue of Madhesi with the international community. The world knew what discrimination Madhesi [have] been facing in the new constitution of Nepal.

How long do you plan to hold this second protest?

The protest will continue until our demands are fulfilled. 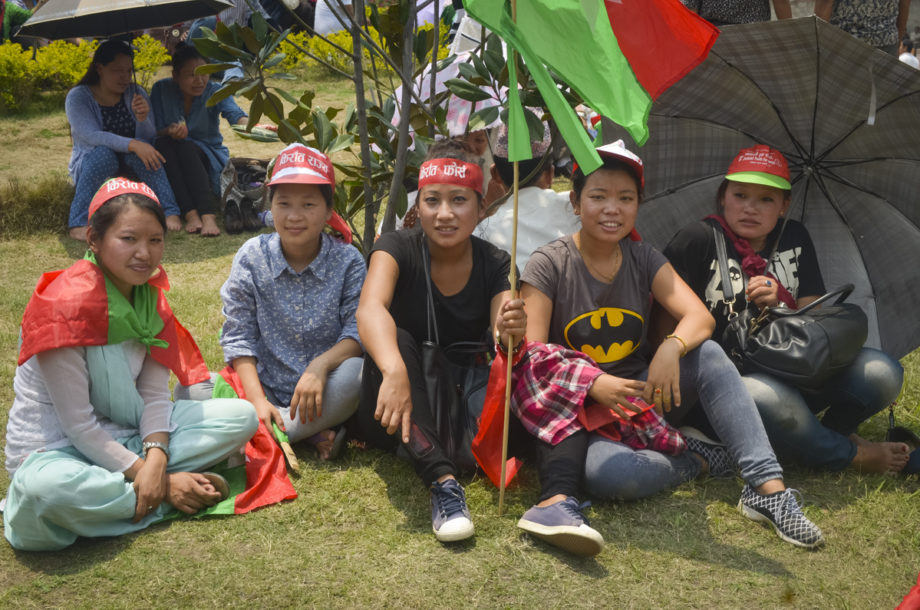 College students joined the protest at Maitighar Mandala in Kathmandu. These students came with a group from Udayapur District.

Have you taken into consideration how your new protest may affect the Nepali people, and the economy of Nepal? Has the economic hardship caused by the last protest had any influence on your decision to hold this second protest?

If there is any protest, it also causes economic damage to the country. There is a government to ensure that it does not affect the economy and the people. Instead, the incapable government of Nepal caused more hardship to the people.

Are you passing the blame to the government to shrug off your responsibility?

I am not simply placing blame; you can evaluate for yourself. The protests in Nepal do not last longer than 26 days. However, the Madhes protest went on for six months. Along with Madhes, the whole nation suffered and was saddened by the protest. But the government was not. 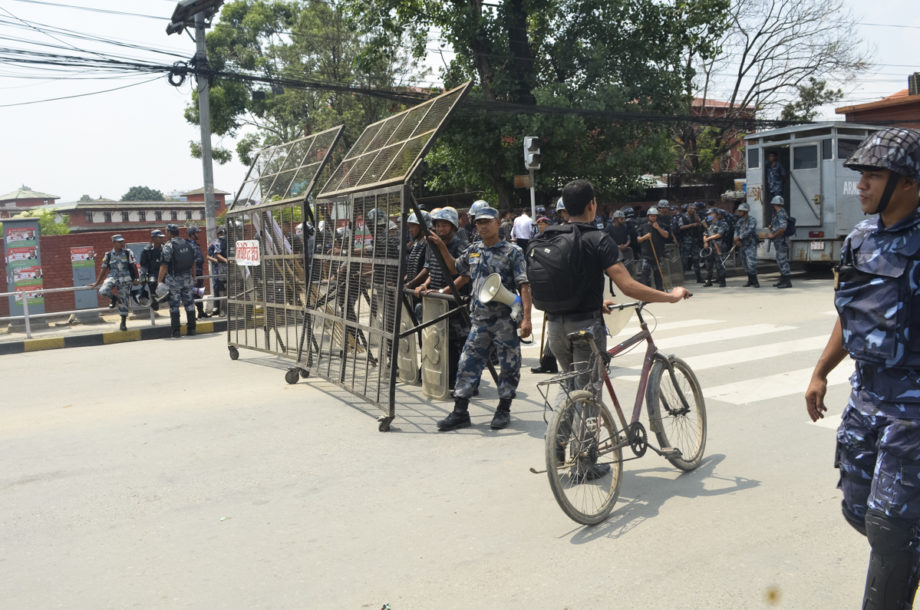 There was speculation that India influenced and sometimes even controlled the Madhesi groups’ protest against the new constitution in September. Did you or your party ever encounter any influence from the Indian government or its representatives related to the protests last year?

We have not held protests because India provoked us. That’s not the case at all. It’s not that we start or stop the protest upon others’ saying. Madhesi people have gone into the protest in September following the appeal of the Madhesi Front.

Are the street protests the only way for Madhesi groups to achieve their objective of changing the constitution? Are there no other ways for these changes to be discussed? 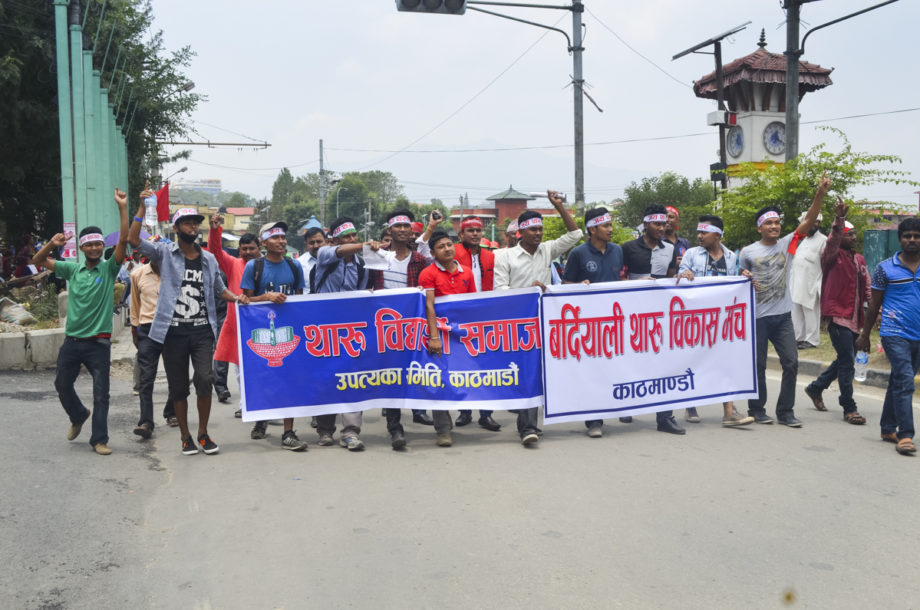 Members and supporters of the Tharu ethnic group march in Kathmandu.

Why was the first protest halted midway?