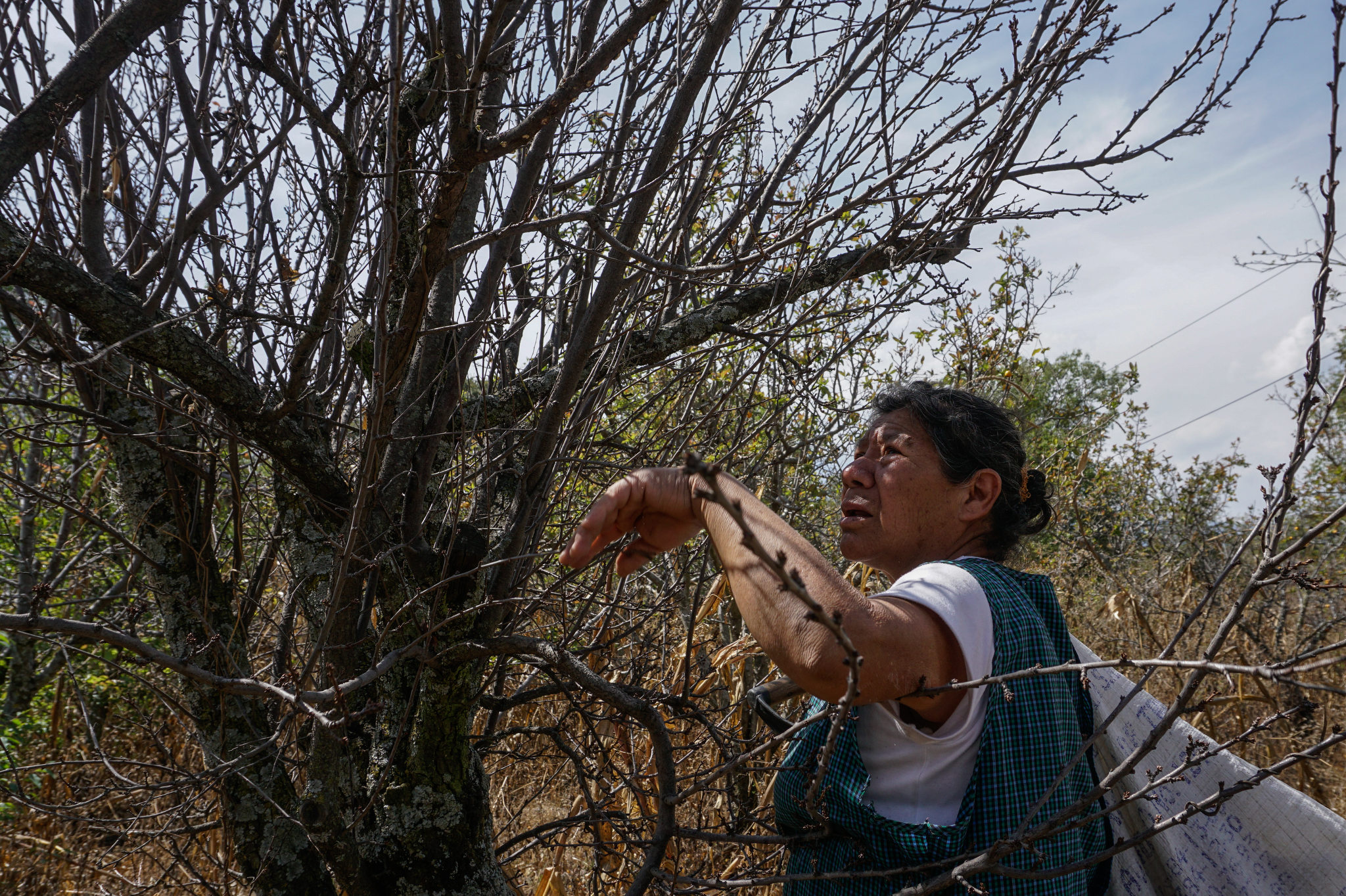 SAN LUCAS ATZALA, MEXICO — A dry heat clings to the fields Camila Ventura Reyes walks daily. Her rows of shriveled corn plants resemble the forgotten stubble of a poorly shaven face. But Ventura sees fields like these as the window into a sustainable future.

She observes the sun, calculates the shadows and monitors the behavior of insects to tend her land. With rough, calloused hands, she scrutinizes the soil, checking its color and consistency. Farmers used to burn the land and disregard the corn detritus, she says. Now some, like her, use it to fertilize their land and feed livestock.

“Nature is always telling us things,” she says, “but we have to learn to listen.”

Ventura, along with other small-scale Mexican farmers concerned about the costs of production and the devastation of climate change, is disregarding modern farming methods and embracing ancestral traditions. She’s part of a national push to rethink Mexican production, including natural ways to strengthen crop resistance and restore centuries-old regeneration techniques.

“This is how agriculture should be; this is how it always was,” says Ventura, 56, amid rows of flourishing garlic, nopal, peaches and avocados. “But it’s been lost little by little.”

Ventura doesn’t use any chemical fertilizers on her crops, located in the dusty farmland of San Lucas Atzala, about 128 kilometers (79.5 miles) southeast of Mexico City, in Puebla state. Doughnuts of straw and dry grasses retain water around her fruit trees. 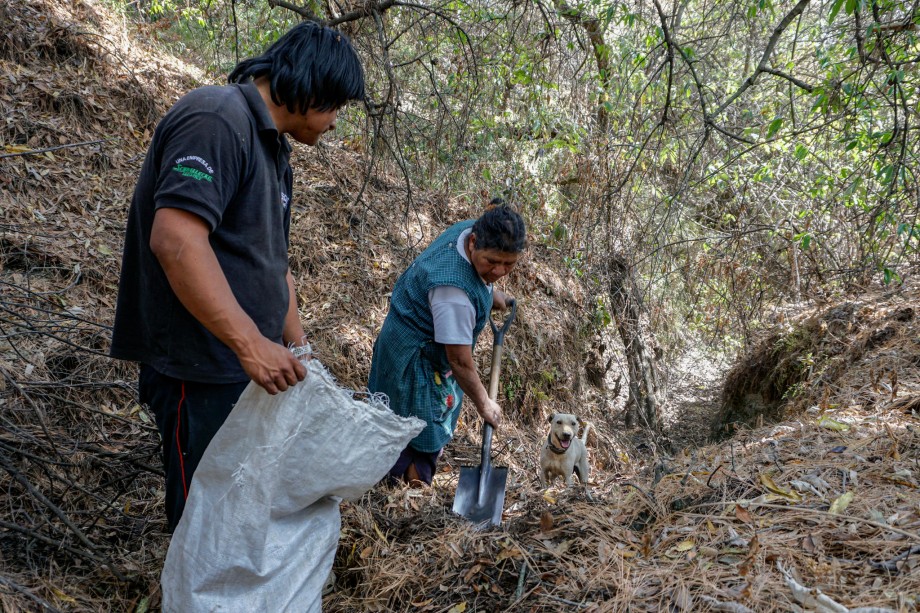 Camila Ventura Reyes and her nephew, Gustavo Medina Reyes, 15, look for microorganisms to help enrich the soil on her farm.

She lets weeds cover the area and infuse the soil. Ventura, who speaks in quick bursts, returned to farming full time three years ago, after working in a sewing factory and selling tamales in the city of Puebla, the state’s capital.

She has farmed since childhood. But in recent years, she’s seen the ramifications of a warming world, such as drought, which hit Puebla particularly hard in 2019. She noticed the rising cost of food and the growing disconnect between people and the land.

Farmers like Ventura seek to return to a time when organic wasn’t a buzzword and crops didn’t require expensive equipment to produce, back when chemical additives weren’t used to control pests and some farming seasons just failed.

This group focuses on chemical-free production and the lunar cycle. They consider themselves warriors, guardians of the knowledge contained in the cosmos.

The government reinforces this philosophy. Víctor Suárez Carrera, undersecretary of food and competitiveness at the Ministry of Agriculture and Rural Development, recently highlighted the value of models such as Ventura’s.

Producing without thinking about “the cost of destroying the soil, the water, the biological diversity to leave to our children, to our grandchildren, is a catastrophe,” he said in March at a conference on food self-sufficiency and technological innovation.

Mexico’s sustainable agriculture movement started in the 1980s, fueled by efforts to tackle rural poverty and push back against industrialized farming. The country ranks third globally for organic production, according to the Ministry of Agriculture and Rural Development, behind India and Uganda. 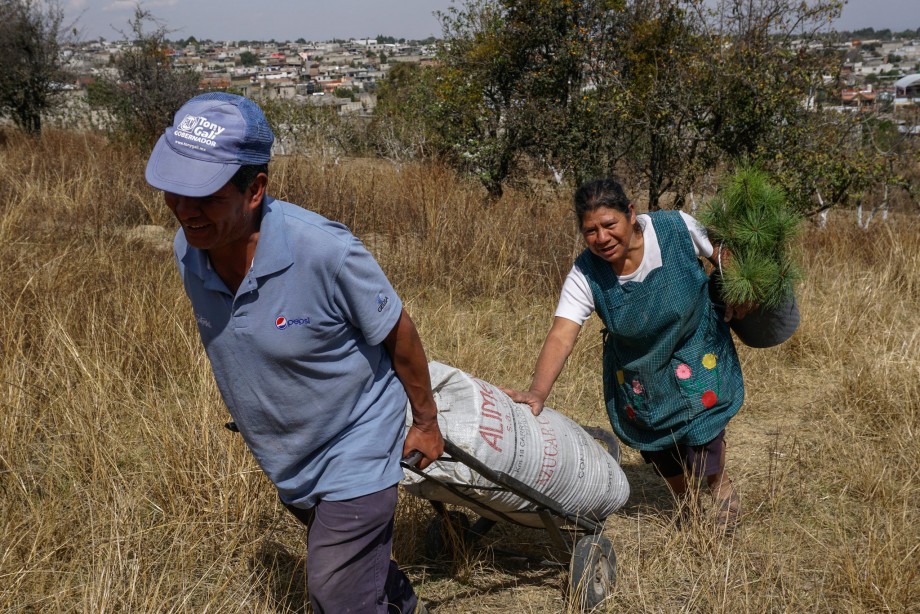 Camila Ventura Reyes and her husband, Juan José Nájera, carry a sack of organic fertilizer and a jug of water to irrigate crops naturally.

Even so, only about 17% of farmers engage in soil conservation efforts and nearly 74% struggle with the high costs of goods and services, according to the 2019 National Agricultural Survey conducted by the National Institute of Statistics and Geography.

The movement’s latest reincarnation is due to seasonal farmers, like Verónica Padilla Hernández, who fear humans are worsening climate risks. Padilla trained in agricultural studies and is recognizable from a distance in her wide-brimmed straw hat, often biking around her farm, about 450 kilometers (280 miles) northwest of San Lucas Atzala.

The 52-year-old examines the phases of the moon, as her mother taught her, to determine when to sow seeds, prune and harvest, and to predict weather patterns. When the moon has clouds around it, she says, it will freeze. That’s how she knows to cover the trees with blankets.

But these efforts can’t produce enough to sustain the entire Mexican population. And their practice is a significant gamble for the many farmers who rely on regular harvests. Each year, up to 40% of the world’s crops are lost to pests and disease, according to the United Nation’s Food and Agriculture Organization. Weeds, sustenance for Ventura’s crops, can also carry pests and fungi.

Many farmers question the value of these efforts. Federico Medel Álvarez, 43, started an extensive farming project with his family eight years ago on a ranch in Puebla state. In a village 138 kilometers (86 miles) from Ventura’s plot, Medel began looking for ways to farm more sustainably.

“Everything was either very expensive or very inefficient,” he says, and it proved difficult to market the goods he had produced with so much care. “That’s why there are many people who grow traditional crops who become disenchanted, who don’t see the option. They end up losing money.” 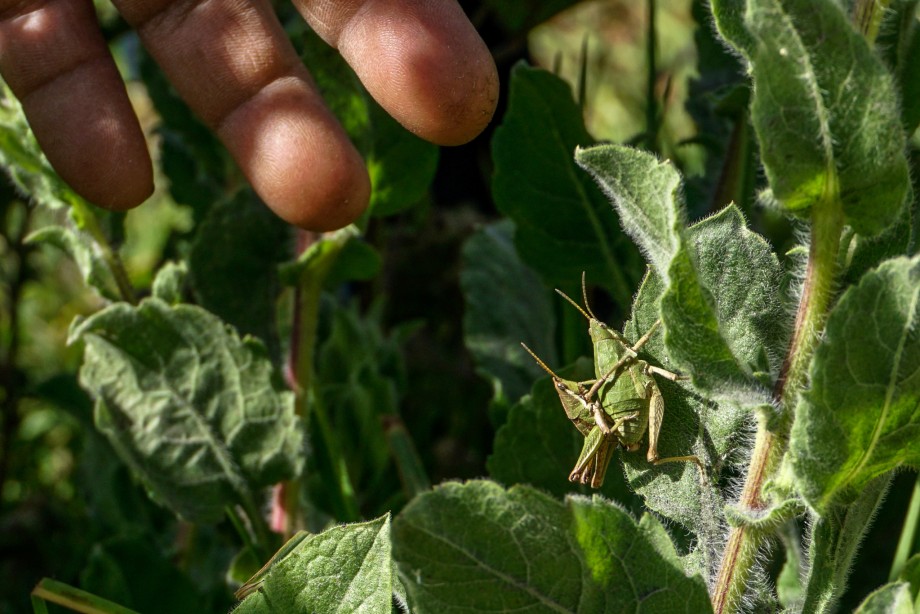 But finding resourceful strategies to combat climate change is critical, says Verónica Gutiérrez Villalpando, member of the Technical Council on Climate Change for the State of Puebla, which focuses on environmental preservation. Recognizing the value of traditional knowledge, she says, will shape the next generation.

Ventura, for example, is teaching her 15-year-old nephew how to care for the soil and appreciate what he consumes.

“If you feed the plants healthy food, you will be able to eat food that nourishes,” she tells him. “And you will be healthy, too.”