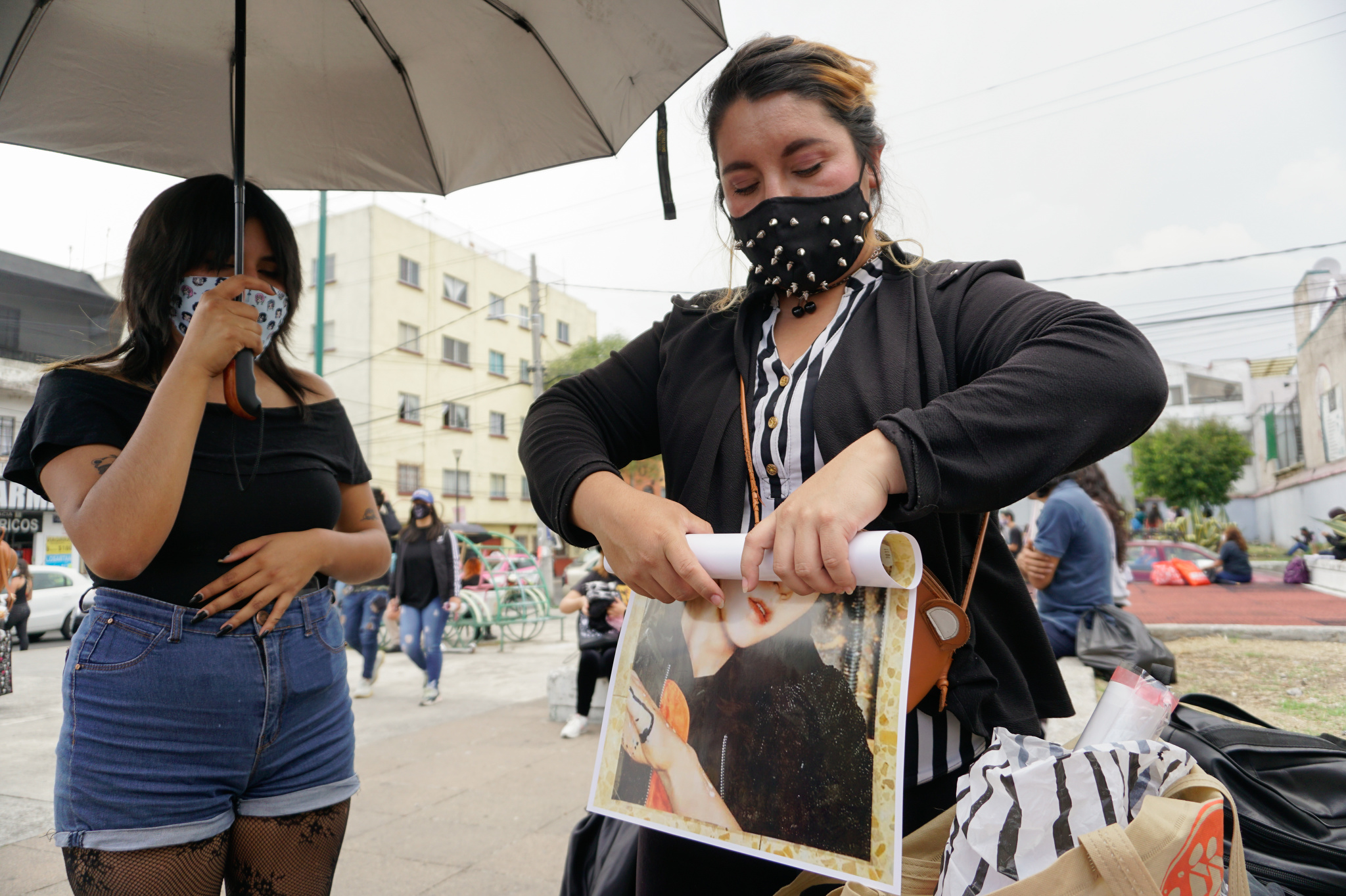 MEXICO CITY, MEXICO — Two canvas suitcases lie flat in a small park several steps from the metro station, protected from the sun by a red umbrella. With one hand supporting the umbrella and the other sending messages on her phone, Silvia Sánchez Santiago finalizes the delivery of a set of stickers she designed herself.

Sánchez Santiago, 29, together with more than 300 women, waits for customers outside the Chabacano station, a busy station in central Mexico City where three metro lines connect. There, they deliver in person the products that they sell to customers online, through Facebook pages and other social media that advertise their wares.

Selling products such as clothing, food and accessories through social media existed long before the pandemic, but as the coronavirus swept the globe, the hundreds of women who often gathered inside Chabacano Station to deliver purchases to their customers were forced to confront a new obstacle. Increased police presence inside the station following the onset of the pandemic made the women feel pressured and uneasy, and some women claim the metro police threatened to detain them, even though they weren’t doing anything illegal.

So the businesswomen took matters into their own hands. The bazareñas, as the vendors refer to themselves, banded together to stake out a public area outside of Chabacano station to connect with their customers and conduct business, with a newfound safety in numbers.

“When the pandemic wasn’t here yet, there was no problem,” says Alondra Solís, 32, who has sold items via social media for five years. “Because of the pandemic, the police told us that it wasn’t allowed anymore and that they could arrest us for delivering merchandise.” 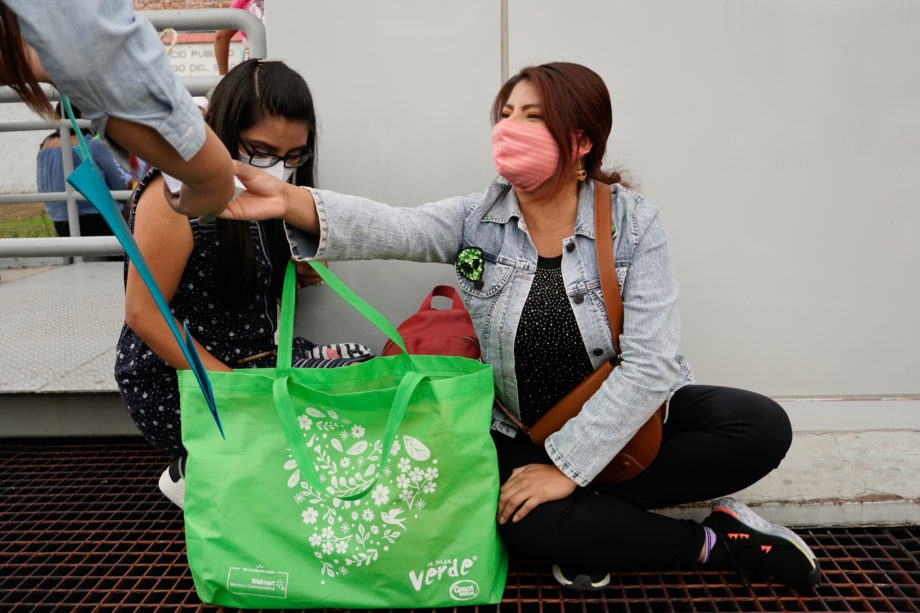 During the pandemic, Patricia Hernández Romano, 28, left, and Alondra Solís, 32, began to rely on selling products online and delivering them in person in the streets around the Chabacano metro station in Mexico City.

In September 2020, the Public Transport System released a statement specifying that the delivery of products within metro facilities was not prohibited. But by that time, the women had already organized to conduct deliveries outside of the station.

The Public Transport System, which coordinates interviews with the metro police, didn’t respond to requests for comment.

Solís, who says that making her deliveries outside the metro station initially frightened her because she had felt intimidated by police, now counts hundreds of bazareñas among her contacts. Most of the vendors have Facebook pages where they sell their wares and connect to share information, as well as buy from one another.

That sense of community has empowered the women.

“We’re like a group of co-workers because we all recognize each other, we have groups on social media and if something happens to someone, we communicate with each other through those groups and help each other that way,” Solís says. “It’s a means for us to protect each other.” 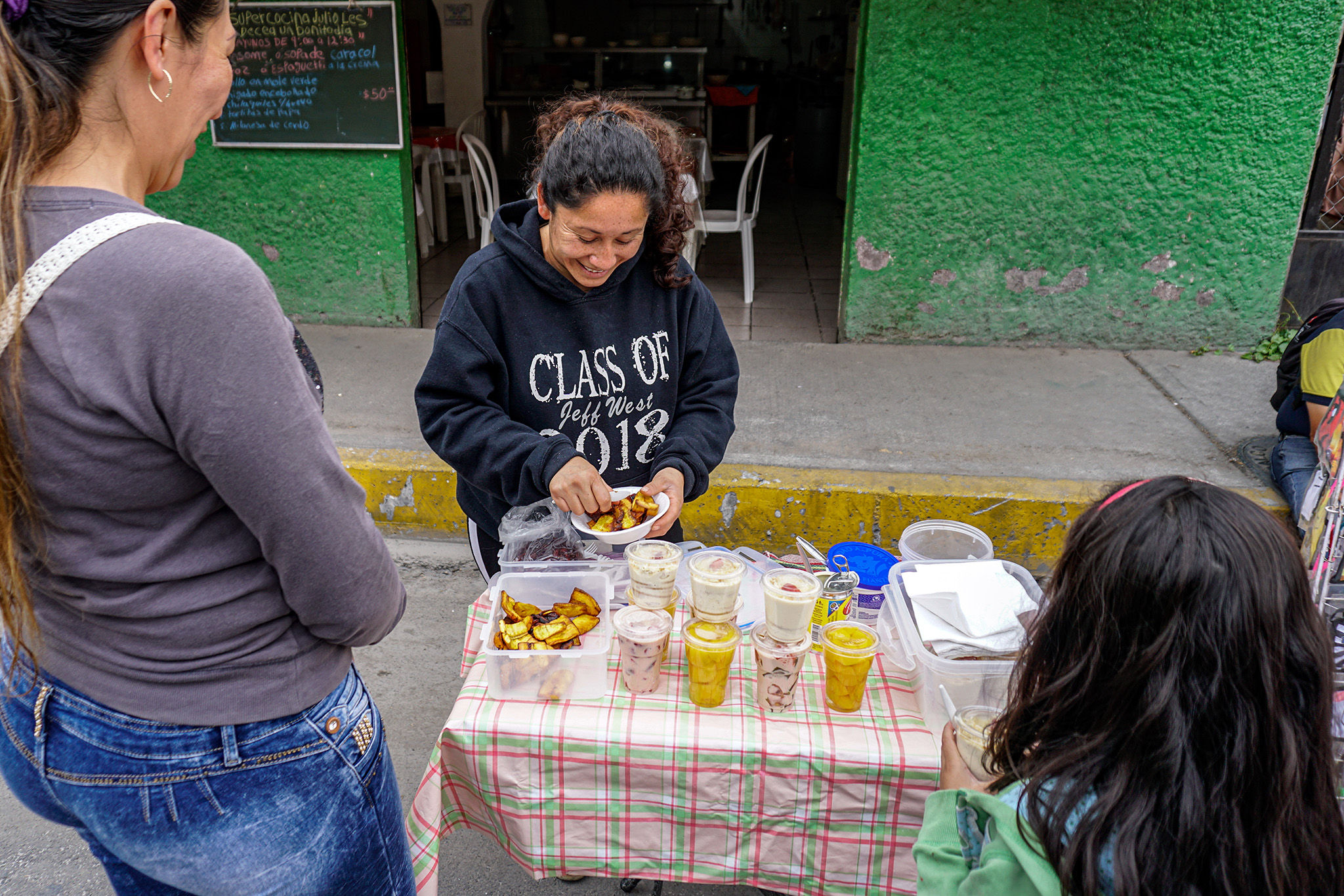 The bazareñas’ job is one that has been maligned by Mexican society. People often describe the entrepreneurs’ ventures as the “neni” economy — derived from “nena,” meaning “girl” in Spanish.

The dismissive term fails to convey the economic power these women yield: A study from the National Autonomous University of Mexico found the female entrepreneurs generate more than 9 million Mexican pesos ($448,685) per day and 285 million pesos (more than $14 million) per month. Nearly 13 million households throughout the country see some form of income from this informal economy.

Casandra Lizeth Serrano Rodríguez, 25, is a student who began to sell clothing on Facebook when the pandemic hit, and her household income was reduced.

“I saw that bit by bit, many girls began to sell online, and that made me want to do it,” says Serrano Rodríguez, who observed that the word “neni” became popular on social media as a way to make fun of the bazareñas.

“You might call me [neni], but you don’t know what my job means,” says Serrano Rodríguez. “It means that I’m working, that there are necessities and that we don’t have job opportunities in other spaces.”

As the pandemic continues, the income generated by the bazareñas remains vital amid widespread job loss throughout the formal economy. Unemployment increased in 2020, and it had a significant impact on both men and women, according to the National Institute of Statistics and Geography. In the last trimester of that year, the number of unemployed men went up by nearly 500,000 compared to the same time the previous year, rising to 1.6 million. The number of women who were unemployed and actively looking for work rose to 931,000 — an increase of 161,000 from the year before. 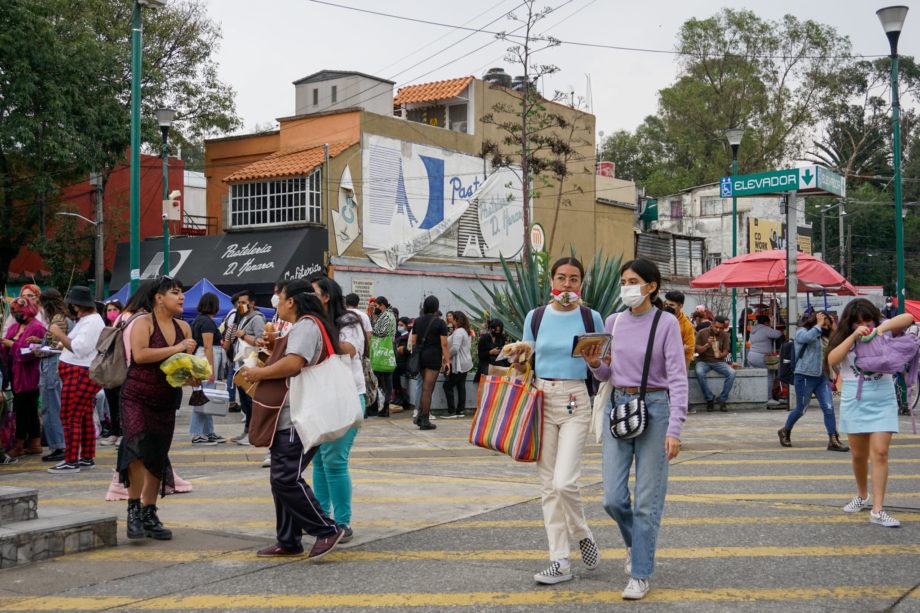 Nearly 13 million households see some form of income from Mexico’s informal economy of women entrepreneurs, including the vendors who sell goods every weekend near Chabacano metro station.

Some businesses adjacent to Vista Alegre, the neighborhood outside the Chabacano station where the women gather, have seen a positive impact.

“It benefits me because they buy from me,” says Guillermina Ávila, who has a restaurant in the area. “Before, when they weren’t there … my restaurant was dead.”

“It bothers the neighbors because they don’t follow protocols like using masks and social distancing,” says Juan José Chávez, who has run a coffee shop within steps of the metro station for 13 years. “They block their entryways with their products and their cars.”

To mitigate the complaints and respect the space where they meet each week, the women say they’re taking care to cause as little inconvenience as possible.

“I have seen that it bothers [the neighbors] because, yes, there are certain people who have left trash in the space we’ve been using to deliver our products,” says Patricia Hernández Romano, 28, who sells secondhand clothing and other items. “I try not to inconvenience anyone. I find a place for myself where I won’t bother anyone, and we only come to take care of our deliveries.”