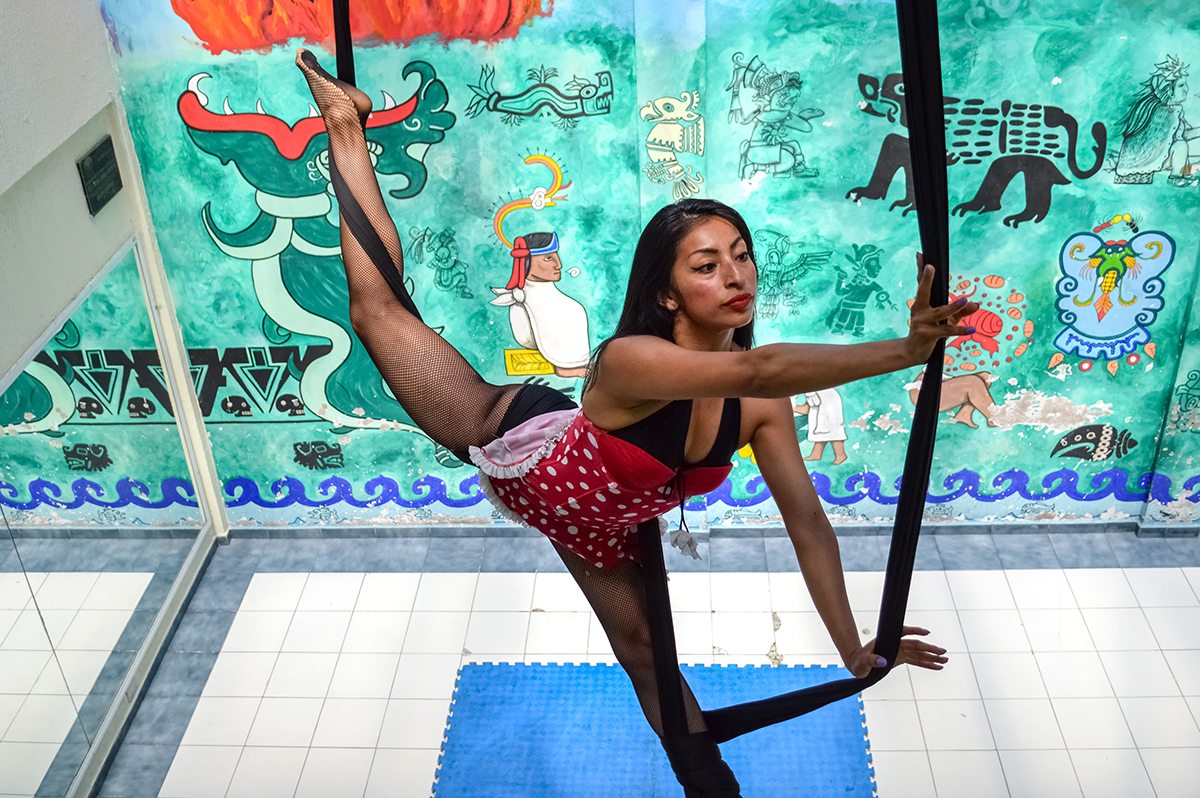 MEXICO CITY, MEXICO — Just below a glass-domed ceiling that fills the room with sunlight, an aerial dancer suspends herself from black strips of fabric more than seven meters (23 feet) above the ground.

With resin on her hands and fishnet stockings on her legs, Guadalupe López Jiménez, 32, is ready to begin her aerial-dance routine. She performs and teaches throughout the week at schools, sports clubs and cultural centers, as well as at events.

She absolutely loves her job.

“I think I leave a mark in the hearts of all the people who come to see me,” she says. “It’s the most satisfying thing that has happened to me. I wouldn’t change it for anything.” 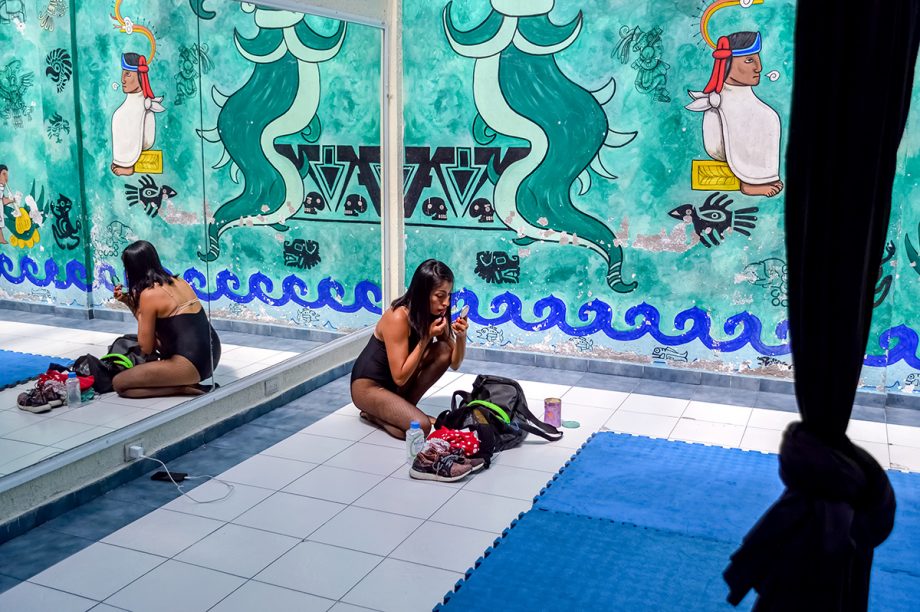 Guadalupe López Jiménez, 32, didn’t have a problem finding a job in architectural engineering when she graduated, but she pursued her passion for the arts and dance instead, even though it’s not the subject she studied.

But López Jiménez didn’t study this profession back in her school days.

“I would have liked to study dance professionally,” López Jiménez says. Instead, she studied architectural engineering, a subject she liked and that her parents encouraged her to pursue. Finding work, she says, wasn’t difficult, but she was unfulfilled.

“Although architecture can leave a mark, the mark I leave with dance is more intimate,” she says.

López Jiménez is one of many young people in Mexico who studied a subject that doesn’t directly relate to their current work. In 2015, the Universidad Nacional Autónoma de México (UNAM), a university in Mexico City, surveyed 15,895 graduates on how they classified the relationship between their studies and their job.

I think I leave a mark in the hearts of all the people who come to see me. It’s the most satisfying thing that has happened to me. I wouldn’t change it for anything.Guadalupe López Jiménez

For some young people in Mexico, jobs that are highly related to their studies just aren’t available.

Aurora Loyo Brambila, a researcher at the Instituto de Investigaciones Sociales de la Universidad Nacional Autónoma de México, an institute for social research at UNAM, says that many fields of study in Mexico offer limited opportunities after graduation. Or, available jobs are low-paying, temporary contracts with no health benefits.

“There is no comprehensive planning to match majors with jobs. Eliminating the individual capacity of each person to choose what they want to study would almost be a dictatorship,” Loyo Brambila says.

Since 2014, when the program started, 17,319 people have participated. According to the institute, young people request jobs most frequently in accounting, administration and graphic design; those sectors have many available jobs. But other fields in which young people want to work, such as journalism and psychology, do not. Young people have to find other options. 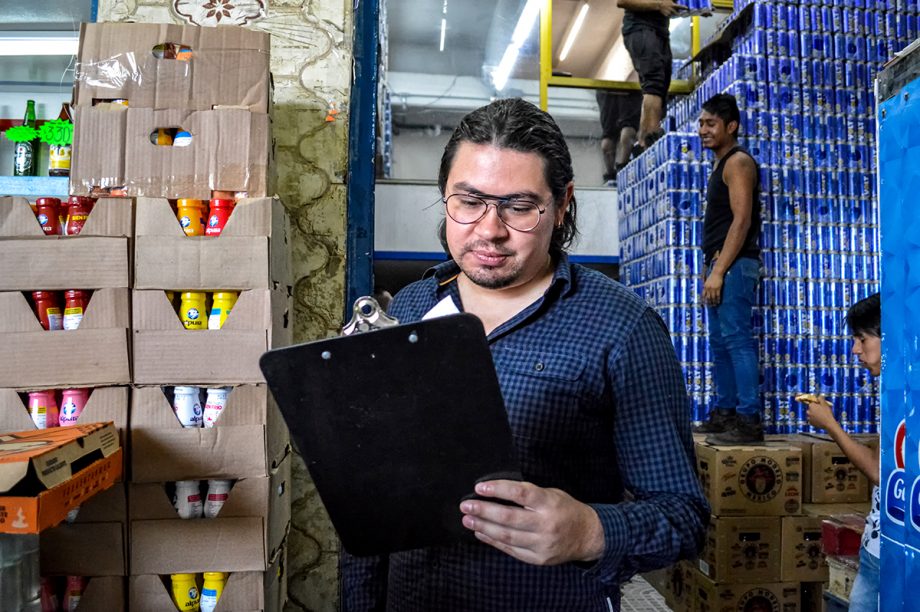 Daniel Alberto Paniagua Flores, 29, who studied audiovisual communication, manages the finances of his family’s grocery store in Mexico City, Mexico. He says he had trouble finding work related to his major because of his expectations for pay and time commitment.

Daniel Alberto Paniagua Flores, 29, manages the finances of his family’s grocery business. He graduated with a degree in audiovisual communication. He says he knew it would be difficult to find a job in that field, but it’s the work he wanted to do.

“It was temporary, but I’m still here,” Paniagua Flores says of his job. “I looked for work [related to my major], but not all of them met my economic and time expectations.”

Some of the jobs available to graduates in certain fields just don’t pay well. Based on average salary, finance ranks fifth on a list of highest-paid careers in Mexico, published by the Instituto Mexicano para la Competitividad (IMCO), a think tank that examines economic and social issues. Audiovisual communication ranks 44th.

José Olivera, 29, graduated with a degree in art, which is 40th on the list of highest-paid careers. He participated in various art projects after graduating, but he couldn’t find any formal employment.

“I was overqualified or underqualified [for jobs], and that was the first big blow I experienced,” Olivera says. 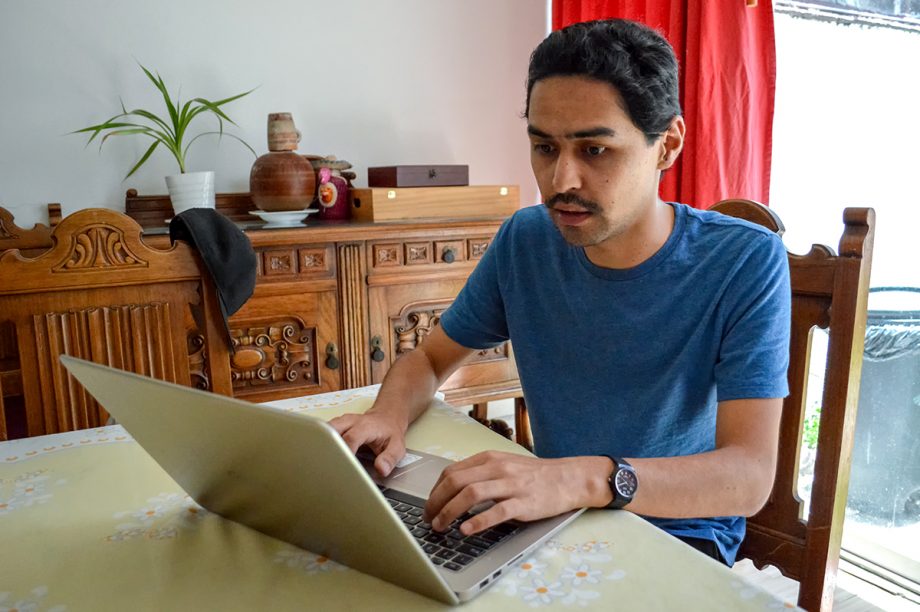 José Olivera, 29, graduated with a degree in art and now works at an accounting firm in Mexico City, Mexico. He’s been unable to find a suitable job in the art world. He says it’s important for young people looking for jobs to take advantage of any opportunities that cross their paths.

Because of economic necessity, Olivera says he took the first opportunity he found, working in an accounting office. He’s made the best of it.

“It is difficult, because you always grow up with the idea that you are going to dedicate the rest of your life to what you studied, but now it’s a really good opportunity. It keeps me afloat,” Olivera says.

Loyo Brambila says that in Mexico, several factors contribute to young people’s abilities to land jobs, regardless of whether their work is related to their studies.

When it comes to the job search, the best results typically belong to young people with who have access to a better education, who are bilingual or multilingual, and who are well-connected, Loyo Brambila explains.

Jorge Alberto Martínez Fabila, 30, is the child of two lawyers. He studied law, which ranks 26th on IMCO’s list of best-paid careers.

“[Finding] work wasn’t hard for me because, halfway through the major, I began to work in an office, and, when I finished the major, I got a formal job at a notary,” Martínez Fabila says. Now, he works at a law firm, and he says he’s very satisfied with his job. 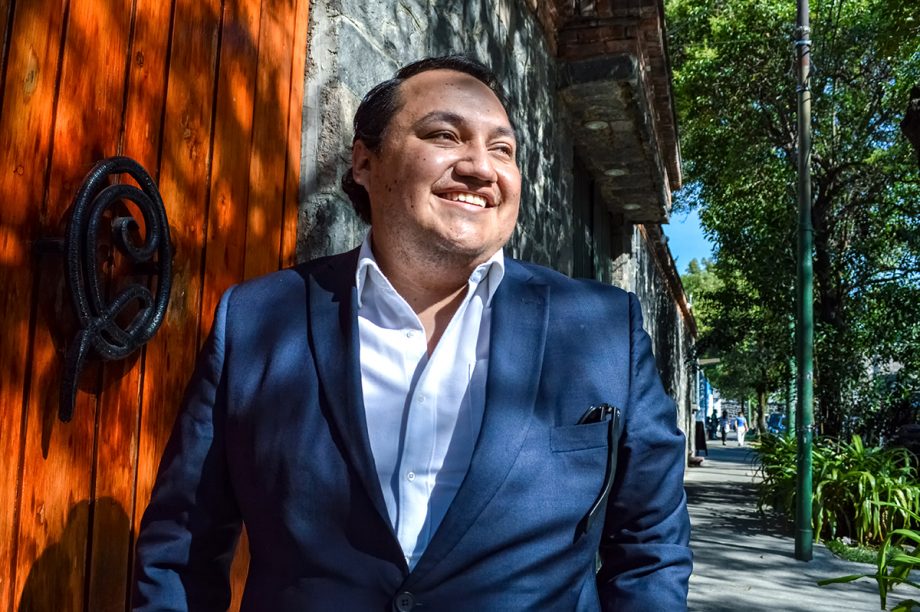 Jorge Alberto Martínez Fabila, 30, studied law and currently works at a law firm in Mexico City, Mexico. His parents are lawyers. Martínez Fabila says it’s important for young people to investigate which careers are in high demand before choosing a major.

“In my current job, I see new things and issues that, if I weren’t here, I would never be able to learn about,” Martínez Fabila says. “I love my career, and I wouldn’t change it for anything.”

Paniagua Flores and Olivera say that if they could go back, they might have picked different courses of study.

Olivera says he learned so much about culture while studying art, and he could have enhanced his knowledge by also studying architecture, design or even publicity.

In his current work managing the books for the family business, Paniagua Flores considers how he could improve his professional skills.

“Now I think that I would have liked to study something related to administration in order to better develop myself in my current job,” he says.