Skip to main content
The story you are reading was published on Monday April 4, 2016. To read more recent stories click here. 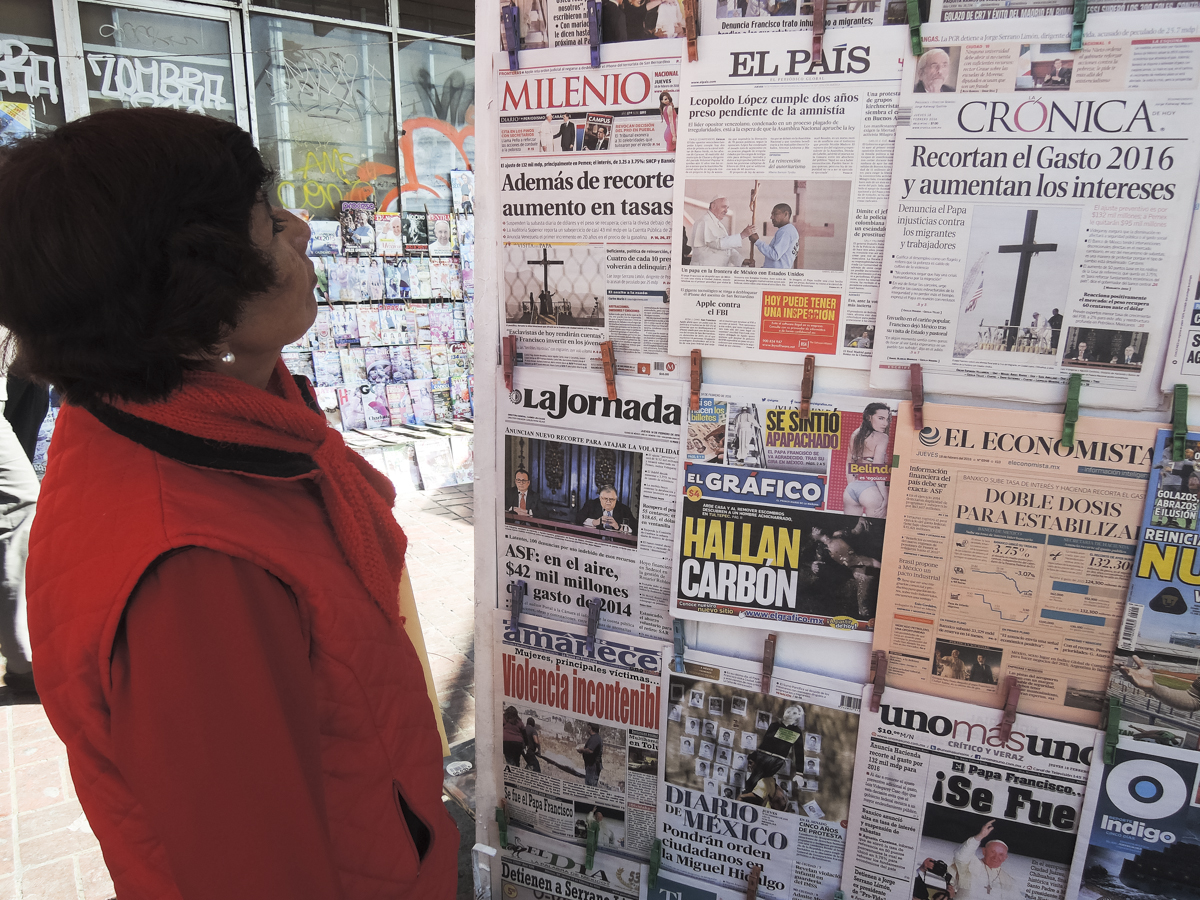 MEXICO CITY, MEXICO – Teófilo Vásquez Hernández beckons customers to his fruit stand at the La Merced market here, widely considered one of the biggest retail markets in the city.

The majority of his produce is from Mexico, he says, but he also sells apples and pears from the United States and grapes from Chile, among other imported fruits.

In mid-December, Vásquez Hernández noticed that prices on the imported fruit began to climb.

I hope that it improves. I think that all of us, it’s what we would want. But here, the only thing we do is adjust ourselves. There is no other way. Guadalupe Rincón, who says she’s buying less for her family to cope with Mexico’s economic situation

The Mexican peso hit the lowest point in at least 20 years on Feb. 11, when it was worth slightly over 5 U.S. cents, according to data from the Banco de México, the country’s central bank. That’s an approximately 20 percent decrease in value for the peso from one year earlier.

The peso’s volatility is due in part to the global drop in the price of petroleum, says Violeta Mireya Rodríguez del Villar in a phone interview. She is a researcher at the economic investigations institute at at Universidad Nacional Autónoma de México, a university in Mexico City, the nation’s capital.

In February, the government announced new measures to reduce the impact of the peso’s volatility, with a reduction of 132 billion pesos ($7.5 billion) in government spending, as well as raising the benchmark interest rate to 3.75 percent.

The price of the U.S. dollar decreased about 5 percent in the month after the announcement. Even so, people in Mexico City say they’re battling the dollar’s impact on their livelihoods.

Global Press Journal talked to three people who rely on imported goods. Here are their stories:

Low Sales, Layoffs and At Risk of Closing Down 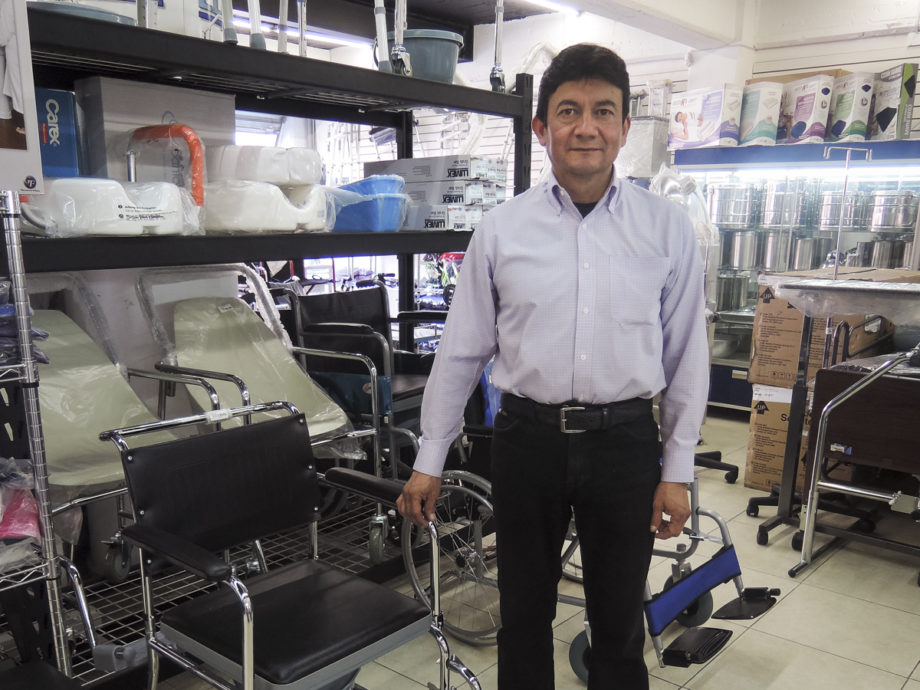 Enrique Coronel García is in charge of a medical equipment store. All but 5 percent of his products are imported, so the impact of the rising dollar had been detrimental to his business, he says. The store is at risk of closing.

Enrique Coronel García is worried. The 53-year-old manager of a medical supply store says 95 percent of his bandages, gauze, cotton and other products are imported from the U.S. and other Latin American countries, and he buys it all in dollars.

Prices have increased by 10 percent since late last year, he says. That’s the equivalent of a third of one month’s profit margin.

He let go of two of his six employees in January to make ends meet. Even so, if things don’t improve, Coronel García says the shop may close for good.

Coronel García has worked at this store for over a year and a half. He thinks his chances of finding work elsewhere, at his age, are slim.

“If this doesn’t happen, then forget it,” he says. “I think about it right now, because to go out to the street at 53 to find work, not even at the mall [will they hire you].” 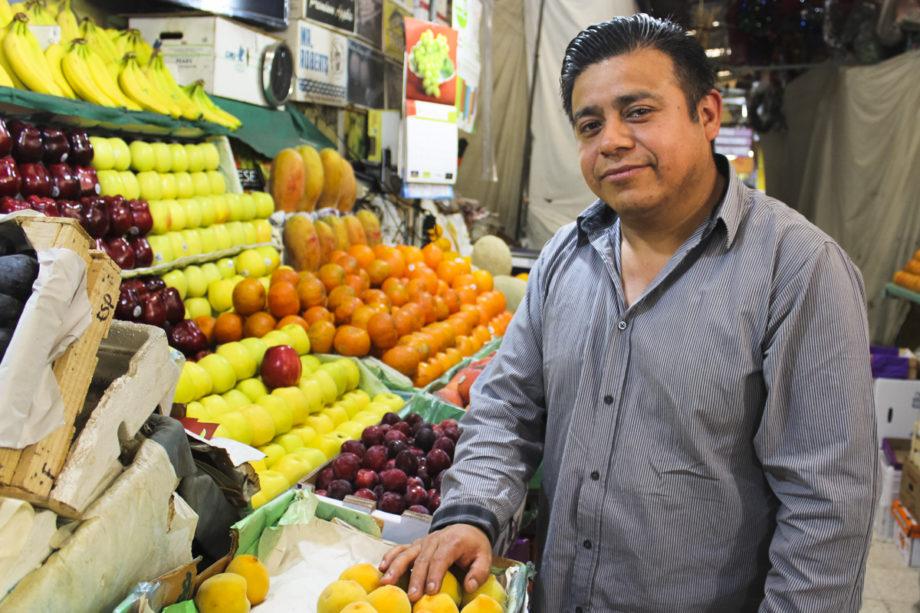 Martín González, 42, sells vegetables and fruits at a market in Mexico City. Some of the products he sells are imported, so those costs have increased. He has had to pass that cost on to his customers, but that has just resulted in fewer customers.

Price increases are nothing new, says produce vendor Martín González, but the increases this year have been almost unbearable. And he doesn’t have any hope things will improve soon.

Apples, grapes, peaches, plums and pears from the U.S. and elsewhere in Latin America have all become about 25 percent more expensive since the beginning of the year, he says.

“(The increase) is too much for me, and finally for the end consumer,” he says.

“What I sell is targeted at people of middle class, office workers,” he says.

And now, these customers who once flocked to his business are buying less.

González has a daughter, and his wife works at a small restaurant. The family goes on fewer outings these days.

But eventually he expects the market to improve.

“Life continues,” he says. “At the beginning it’s difficult, but after a while it stabilizes again.” 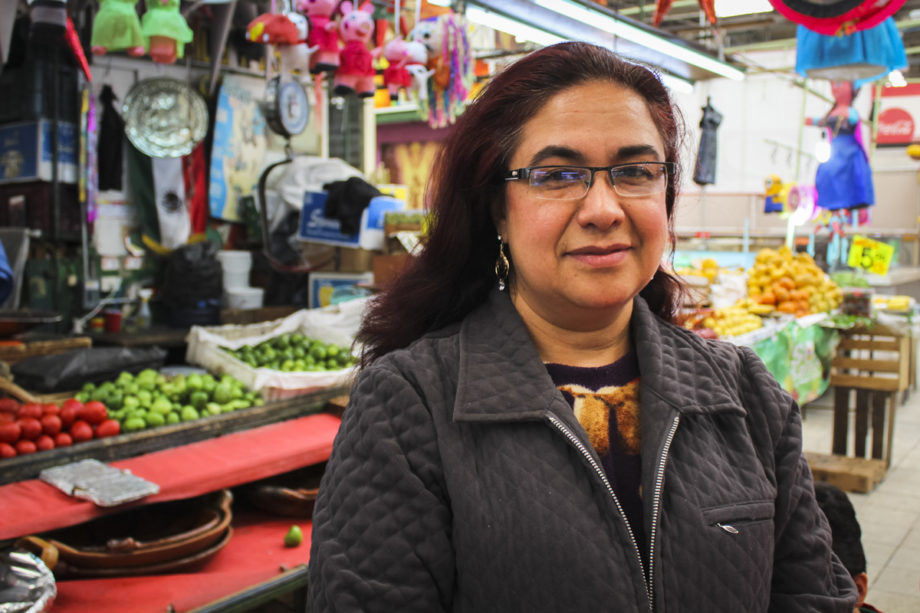 Guadalupe Rincón, 52, says the cost of produce and meat has increased since January. She and her family can’t afford to eat as much as they used to.

Guadalupe Rincón says price increases have made her bitter.

“Before I would bring more things (home), and now I bring the minimum,” she says. “Now you do say, ‘I can’t afford it anymore.’”

Rincón, 52, works in an office and usually buys onions and beef, among other ingredients, to make dinner for her family. But even those basics are more expensive now, she says.

That’s just one way the economic situation has impacted her family. Rincón’s husband imports appliances and electronics that he sells in Mexico, but that business is faltering under higher prices, she says.

The family has had to change its lifestyle, she says.

There’s nothing to do but adjust to the changes and hope for the best, she says.

“I hope that it improves,” she says. “I think that all of us, it’s what we would want. But here, the only thing we do is adjust ourselves. There is no other way.”