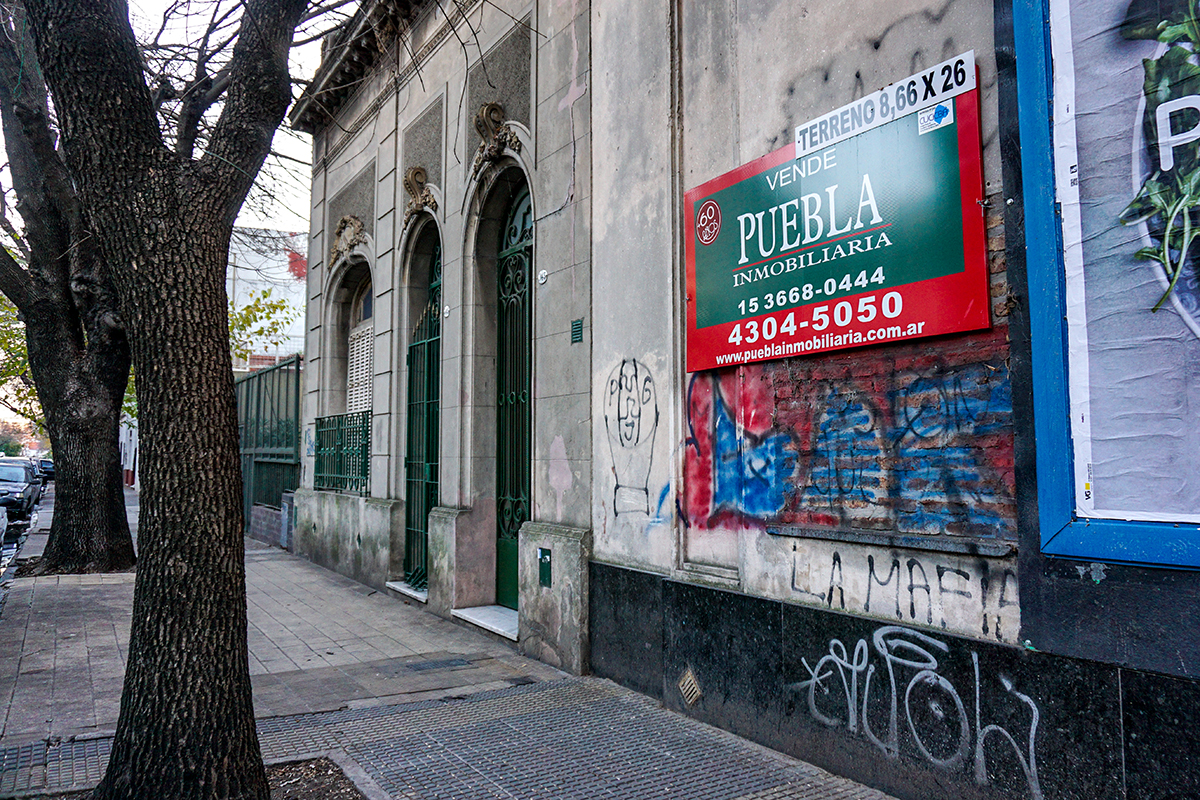 BUENOS AIRES, ARGENTINA — Natalia Berrientos walks hurriedly toward the Ministry of Housing and Habitat, a branch of Argentina’s Ministry of the Interior, Public Works and Housing, in downtown Buenos Aires.

It’s about 4:45 p.m. when she arrives at the door with a handful of paperwork. She says she had to get permission to leave work early, so she’s relieved to make it just before the office closed.

Ahead of her in line were two other women who had come for the same reason as Berrientos: They needed to ask for an increase in their mortgage loans, because the plunging Argentine peso had raised the prices of their desired homes.

Berrientos has become an expert in understanding the exchange rate between the Argentine peso and the U.S. dollar, because she has been anxiously watching the price of the dollar fluctuate wildly since May, she says.

All three women say these currency spikes could decide whether they can afford their chosen homes. Each woman is taking part in a loan program called ProCreAr Home Ownership Solution, a government policy that encourages first-time home buying.

While Berrientos initially qualified for the loan amount for her new home, the spike in the price of the dollar forced her to visit the office to ask for an increased loan amount. While she would pay her mortgage in pesos, most homes here are valued in dollars and are susceptible to market fluctuations. 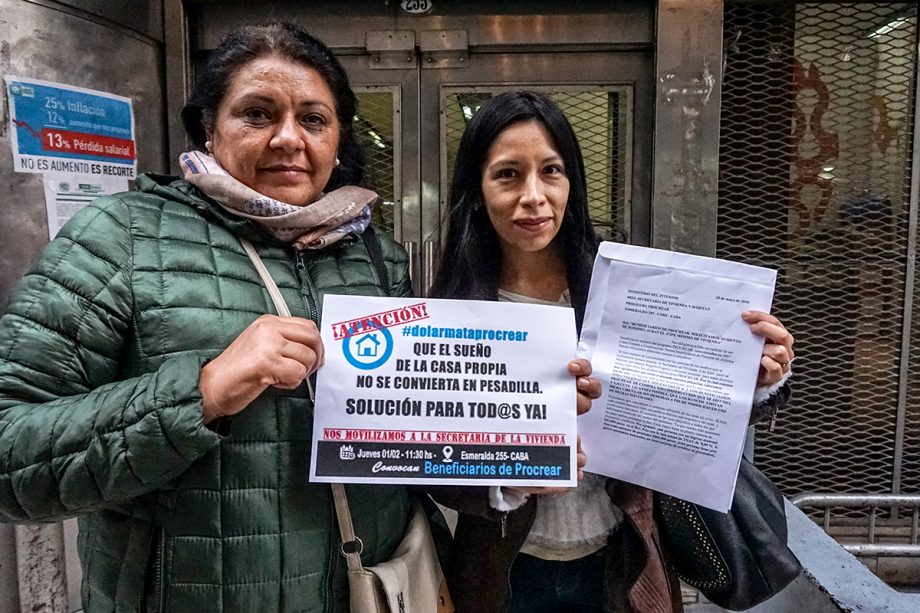 Fernanda Miño (left) and Natalia Berrientos (right) met in line at the Ministry of Housing and Habitat. Both women were seeking an increase in the amounts of their pre-approved home loans, which they got as part of a state program to increase the number of first-time home buyers.

Officials say they are evaluating the impact of the volatile value of the peso on first-time home buyers such as Berrientos. In the last several months, beneficiaries of the program have been forced to ask for increased lines of credit or to cancel their loans, even though they risk losing their deposits because they can no longer afford the new value of the homes they reserved through the ProCreAr program.

In Argentina, property prices are evaluated in dollars, and the majority of them are also purchased in dollars, says Alejandro Bennazar, president of the Argentine Chamber of Real Estate.

As the value of the peso continued to decline, Argentina received a $50-billion line of credit from the International Monetary Fund, after an attempt by the country’s central bank to tap into reserves failed to stop the decline. The peso has continued to drop, despite the international assistance.

First-time home buyers have been uniquely affected by the country’s unstable currency, Bennazar says. The rising cost of the U.S. dollar has paralyzed the real estate market. According to an internal poll of the chamber’s partners, an estimated 15 percent of in-process mortgage applications have been suspended in recent months.

As a result, fewer people are looking to buy homes.

“From the 13 calls a day each real estate agency used to receive from clients with [pre-approved] mortgages seeking properties, now we just have one,” Bennazar says.

Verónica Prado says she wanted to be a homeowner. But as the price of the dollar continues to rise here, she says she has no choice but to suspend her plans to purchase and to cancel her ProCreAr loan.

“I already had the loan approved, and I was presenting the property at the bank, but with the rise of the dollar, the prices skyrocketed, and the money I had was no longer sufficient to buy something. I feel really frustrated,” Prado says.

For Fernanda Miño, another beneficiary of ProCreAr, canceling plans to buy a home is appealing, given the ongoing situation, but it would also mean a significant financial loss.

Iván Kerr, national housing secretary, says that officials are researching ways to adjust the loans and to improve the situation for first-time home buyers. In May, the secretary raised the loan limit of ProCreAr loans to $2.6 million pesos ($92,620).

“We’re looking to obtain greater predictability for all parties and streamline procedures and paperwork,” Kerr says.