Skip to main content
The story you are reading was published on Saturday December 2, 2017. To read more recent stories click here. 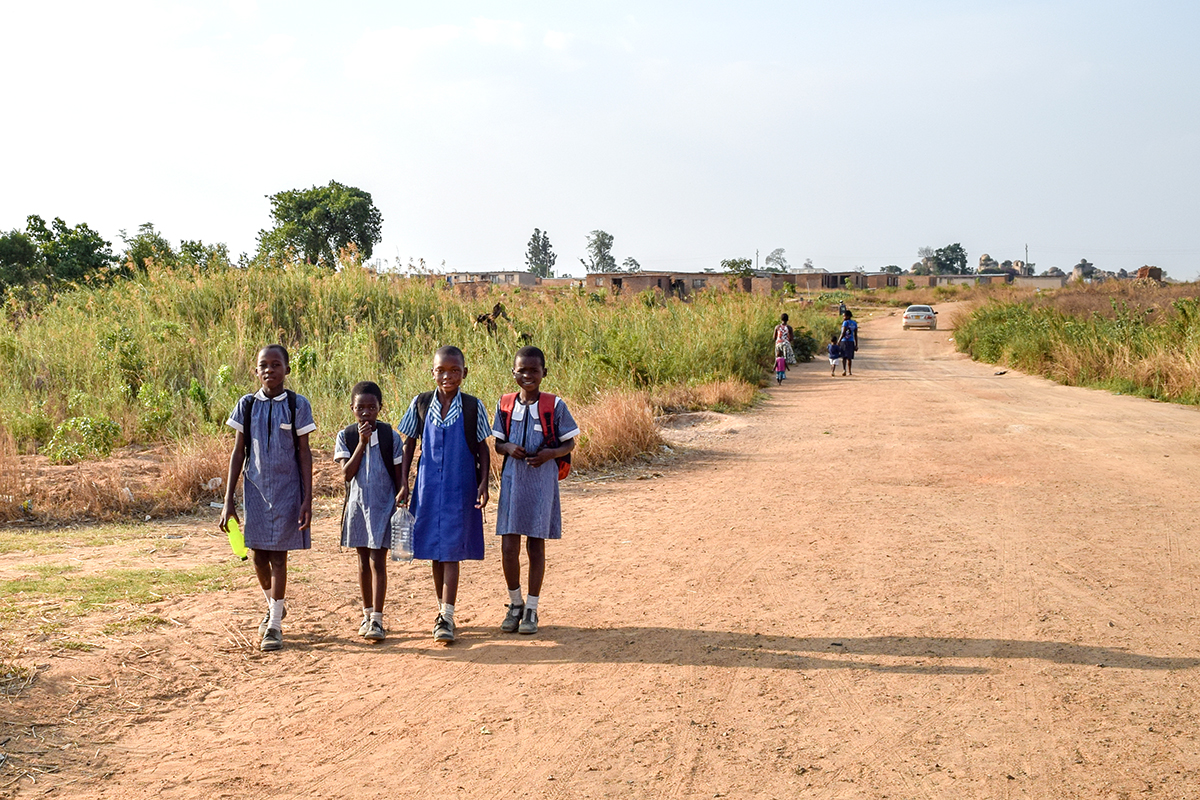 HARARE, ZIMBABWE — Miriam Makoromu, 17, wakes up before dawn every weekday. She takes a shower and puts her books and pencils in her backpack. Then, she straps on her shoes for the long walk to school.

She leaves her home in Hopley Farm, an overcrowded, informal settlement in Harare, Zimbabwe’s capital, by 5:40 a.m. to be on time for her first class, which starts at 7 a.m. at a government-owned school in Glen Norah, a neighboring suburb.

“It pains me to walk to and from school,” she says. “I feel sleepy when I get to school.” 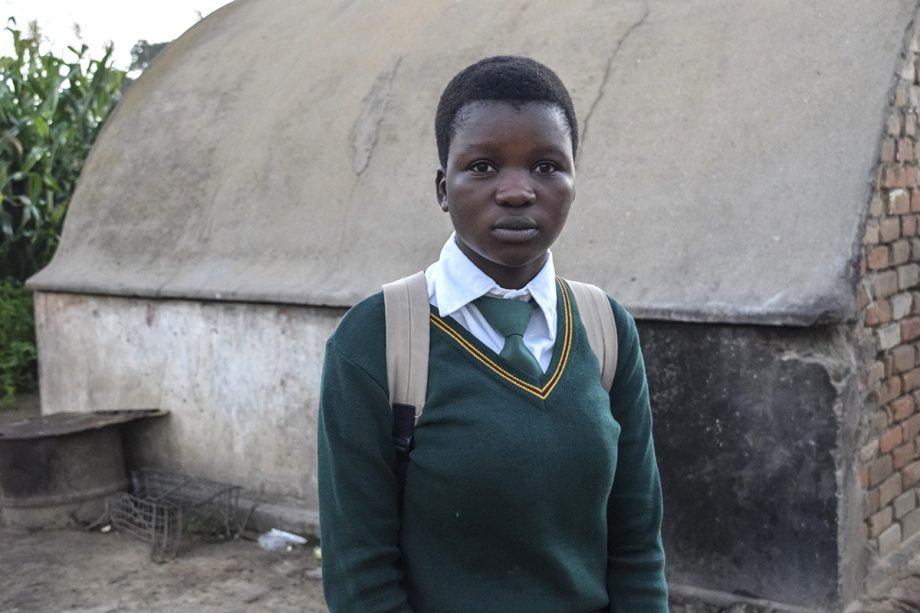 Makoromu walks 4 miles each way to get to school five days a week. She says she gets home by about 6:30 each evening.

She takes the long journey every day because schools in Hopley Farm, which range from primary to vocational, are not recognized by the government and are therefore not allowed to administer exams. The makeshift structures lack adequate space to accommodate the number of students who live in the settlement. Students like Makoromu, who wish to pursue a formalized education and to take final examinations that qualify them for college, must endure the long walk to schools elsewhere.

“I wish the government would construct schools here,” Miriam says.

Long walks to school are a major factor in high dropout rates across Zimbabwe. According to a Health and Demographics survey conducted in 2006, the most recent statistics available, 78 percent of students drop out in grade 6.

Lazarus Dokora, minister of primary and secondary education, recently suggested in a speech in Parliament that satellite schools, like the one in Hopley Farm, should be formally established and registered so that they can begin administering final exams. But for a school to be registered, regulations state it must have rooms where examination papers can be kept as well as housing facilities for staff members – requirements out of reach for most of the country’s informal satellite schools.

Esnat Mataka, a resident of Hopley Farm and a mother of three school-age children, says she made the difficult decision to have her kids walk the long distance to a government school because the satellite school didn’t have desks, chairs or books.

“The schools that are here are very poor; they have no resources,” she says. “My children are not going to school here because the schools here are not adequate. But the government schools are far for my children to walk.”

While some parents have opted to send their children to private schools that are closer, that option remains out of reach for most people in Hopley Farm, given the economic crisis that has hit lower- and middle-class Zimbabweans hard. Unemployment rates are difficult to estimate, with government sources putting the figure at 11 percent, and independent evaluators suggesting it is as high as 95 percent.

But even for the select few who can afford it, private schools do not solve all the problems Private schools, which also may be unregistered, are not allowed to administer exams. Students in private schools must also walk to government schools to take exams. 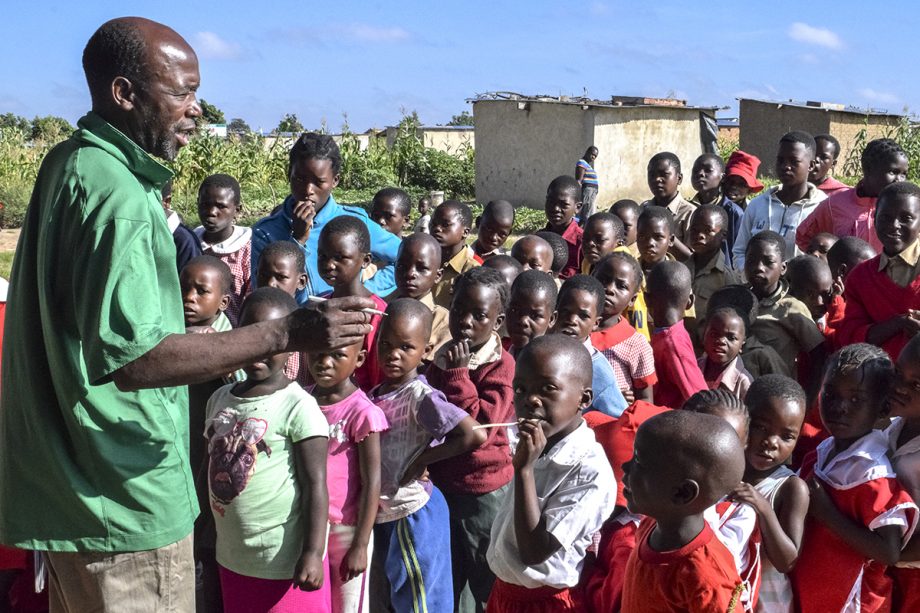 Children at a private school in Hopley Farm, Harare, Zimbabwe, listen to the daily announcements. Private schools are not allowed to administer final examinations.

“There are specific areas that are experiencing these problems,” he says. “It is government policy to have schools within every 10 to 15 kilometers, but due to limited resources and the side effects of the economy, the government is trying to have schools set up in more areas.” 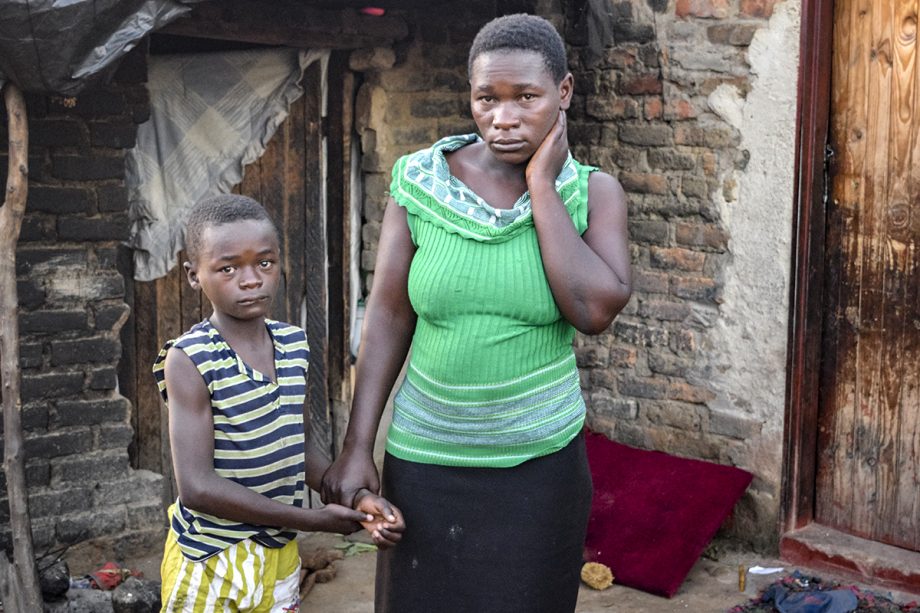 Simbarashe Chipango and his mother, Mary Makasa, stand outside their home in Hopley Farm, Harare, Zimbabwe. Simbarashe is not able to go to school because his family cannot afford transportation to a government-owned school.

A 2013 audit by the Ministry of Primary and Secondary Education revealed that the country had a deficit of 2,056 schools. In 2015, Zimbabwe received a $20 million grant from the Organization of the Petroleum Exporting Countries Fund, to construct schools in target areas. Initial estimates suggested that 100 schools would be built by 2018, but there has been no updated audit to confirm progress over the last two years.

Obert Masaraure, national president of the Amalgamated Rural Teachers Union of Zimbabwe, says he hopes more schools are built, and soon. He says the long walks are taking a toll on teachers too.

“Teachers also have to walk for these long distances, and this has disadvantaged both learners and teachers,” he says.