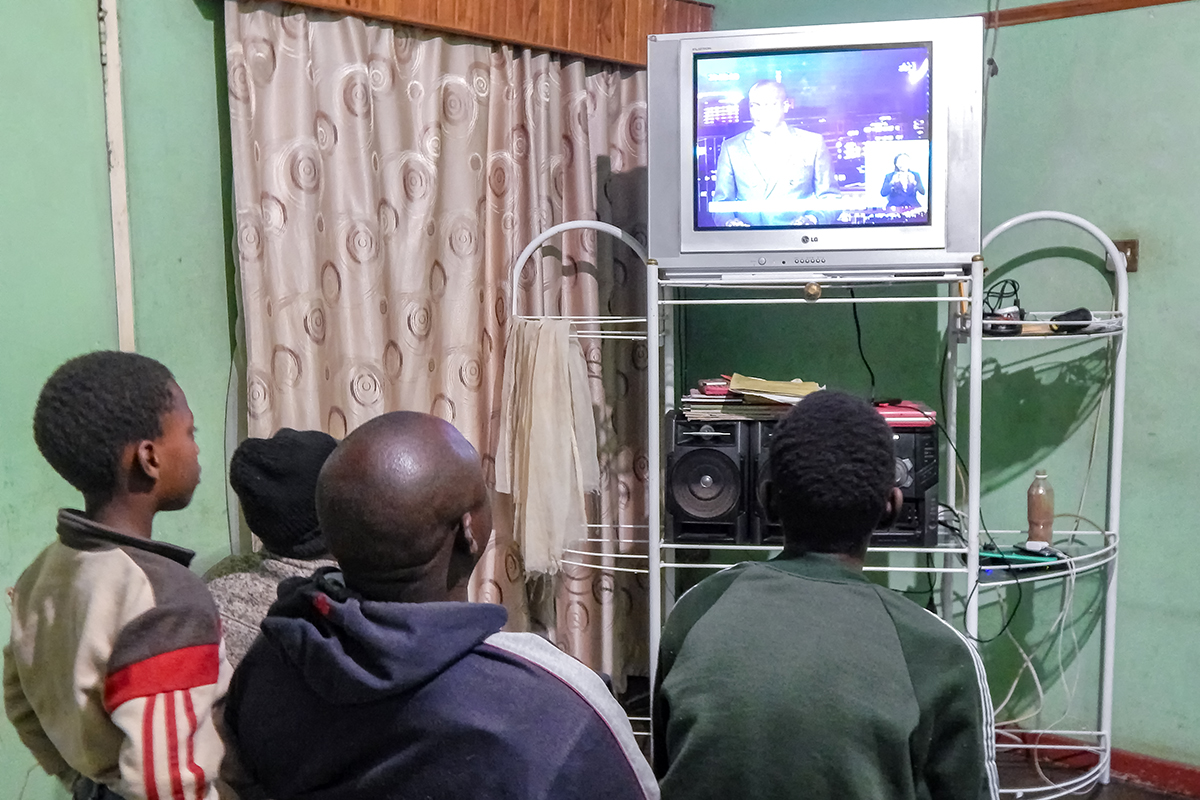 BULAWAYO, ZIMBABWE — Raphael Sithole has been following ZBC TV religiously since former President Robert Mugabe resigned in November. While the country’s ruling political party, the Zimbabwe African National Union-Patriotic Front (ZANU-PF), has for many years dominated prime-time programming on ZBC TV, Sithole says, the national television station was the most accessible, reliable and up-to-date source of information in the days leading up to Mugabe’s exit.

The Zimbabwe Broadcasting Corporation owns and operates ZBC. Sithole, a resident of Zimbabwe’s second-largest city, Bulawayo, and a supporter of the Movement for Democratic Change Alliance (MDC Alliance), says the broadcaster has taken steps to diversify its content ahead of the country’s general elections on July 30. Government officials ordered the change, he adds.

In June, Vice President Kembo Mohadi and Zimbabwe Electoral Commission Chairwoman Priscilla Chigumba called on state-controlled media to provide equal coverage to all political parties and candidates participating in the first post-Mugabe general elections. Opposition parties are now receiving more coverage than ever before, according to local experts, viewers and voters. Some people have welcomed the move, but others are questioning it.

ZBC runs five radio stations, in addition to its TV channel. The media company reaches a large portion of the population. Despite ZBC’s reach, its content lacks political balance, says Zenzele Ndebele, a media analyst. As a result, some opposition parties have turned to social media for exposure, and some listeners and viewers have lost trust in the 38-year-old media firm.

In a 2015 national survey conducted by Afrobarometer, a research network, 61 percent of respondents disapproved of the government’s control of local media.

During the last election season in 2013, 100 percent of the ZANU-PF coverage on ZBC TV was positive, according to a 2018 report from the Zimbabwe Election Support Network. But 89 percent of the stories on ZBC TV about another party, the Movement for Democratic Change, were negative.

This year, media experts have cited some changes in election-related coverage. While ZANU-PF continues to be the most visible party in both state-controlled and private media, party coverage declined from 81 percent on July 2 to 43 percent on July 3, according to a recent report from Media Monitors, an organization that keeps track of and analyzes local media trends.

On ZBC television and radio stations, the Alliance for the People’s Agenda, a new party, had 26 minutes of airtime on July 3. The same report reveals that ZANU-PF received less time – approximately nine minutes.

The MDC Alliance, the party that Sithole supports, was next in line, with about five minutes of airtime. Sithole says more airtime for opposition parties is necessary for free and fair elections.

“It is a good development that ZBC now gives coverage to opposition parties,” he says. But Machakaire wonders whether the diversity in coverage will last. “We are yet to see if this will continue in the event that ZANU-PF loses elections,” he adds.

Mbonisi Gumbo, secretary for information and publicity for Mthwakazi Republic Party (MRP), based in Zimbabwe’s Matabeleland region, says it is ZBC’s mandate to cover all political parties equally and thus promote freedom of expression in the media.

“Inasmuch as we appreciate what they are doing, it was long overdue,” Gumbo says. “As MRP, we believe that ZBC is doing what it is supposed to be doing.”

MRP has had no coverage on ZBC radio and television stations yet, he says.

Barnabas Masimba, advocacy chairman at the Bulawayo branch of the Media Institute of Southern Africa, an advocacy group, has been following ZBC’s election coverage closely. ZBC airs live events hosted by the ruling party, he says.

Opposition parties, on the other hand, do not get that type of coverage, he says.

However, authorities continue to stress the importance of balanced coverage. In a July 8 announcement, ZBC CEO Patrick Mavhura encouraged parties to submit their political advertisements to the media company.