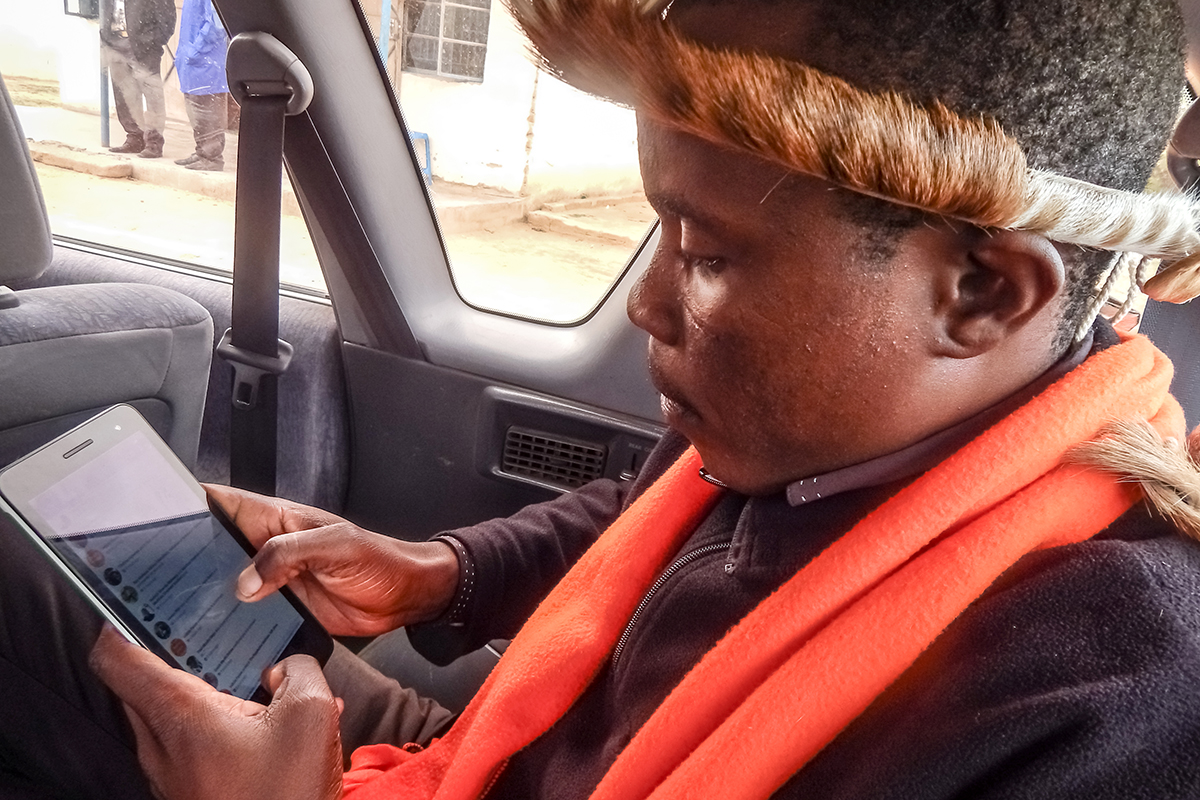 As president of the Mthwakazi Republic Party (MRP) — one of more than 60 registered opposition parties entering Zimbabwe’s planned 2018 general elections — Moyo is working hard to win supporters amidst the largest political upheaval in the country’s history.

Next year, Zimbabweans will elect a new president for only the second time since the country gained independence in 1980, and they will vote in 350 members of parliament.

The transition of power from 93-year-old Robert Mugabe, the country’s longtime leader, to Emmerson Mnangagwa, the former vice president who was sworn in on Nov. 24 as interim president, has been met with optimism. Both men hail from the Zimbabwe African National Union-Patriotic Front, ZANU-PF, the country’s most powerful political party. With the country’s economy in a freefall and unemployment rates skyrocketing, Moyo says the prospect of new leadership excites voters.

But a lot is at stake in the upcoming election, he says.

“Power still remains with the main political party, ZANU-PF, and it is my job to inform voters about what our party stands for,” he says.

Opposition parties in Zimbabwe use social media platforms — namely Facebook, Twitter and WhatsApp — to campaign because they have limited access to the country’s newspapers, radio and television stations, many of which are owned by the state and primarily run ZANU-PF campaign advertisements. Opposition party leaders are calling on the government to make reforms that would encourage balanced coverage in print and broadcast media across the country, but free press advocates say a change is unlikely.

The Zimbabwe Broadcasting Corporation (ZBC), which is owned by the state, operates four radio stations and one television station. The government also owns two daily newspapers, the Herald and the Chronicle, and two weekly newspapers, the Sunday Mail and the Sunday News. News coverage and campaign ads on these platforms favor ZANU-PF, residents say.

While such independent newspapers as NewsDay, the Standard and the Zimbabwe Independent are widely read in urban towns, poor distribution networks make access for residents of rural areas very difficult and expensive, according to a 2016 report by Freedom House, an international watchdog organization that promotes freedom of speech around the world.

So opposition party leaders turn to other means.

According to Internet World Stats, Zimbabwe has about 6.7 million internet users as of June, most of whom gain access with their mobile phones. There also are 850,000 Facebook subscribers and 5.2 million WhatsApp users.

Opposition campaigns use social media platforms to communicate everything from campaign promises to rally locations, says Kuraone Chiwayi, a spokesman for the Movement for Democratic Change – Ncube (MDC-N), another registered opposition party.

Chiwayi says relying on social media has been good for his party’s campaign. It streamlines internal communications and allows the party to reach thousands of people with a single message.

Jeffreyson Chitando, a spokesman for the National People’s Party (NPP), another registered opposition party, agrees that social media has proved effective in garnering support — but only for NPP’s urban supporters.

Iphithule Maphosa, a spokesman for the Zimbabwe African People’s Union (ZAPU), agrees. He says most of his party’s supporters live in rural towns. Without access to national stations, ZAPU’s strategy remains door-to-door campaigning.

But Chiwayi, of the MDC-N, says it shouldn’t be assumed that rural voters can’t be reached using technology. He says that his party sends SMS messages, which do not require smartphones, to its rural supporters.

For Edwin Ndlovu, a spokesman of the People’s Democratic Party (PDP), another registered opposition party, debating which social networking platforms to use to reach voters is the wrong conversation. Campaigns should be focused on working to change the ownership structure of media in Zimbabwe, he said, so that people have access to free and balanced information through both traditional and alternative media outlets.

“Information must go to people. People should not [have to] hunt for information,” he says.

Chiwayi says with the country’s newly-appointed leadership — including the president and the minister of Media, Information and Broadcasting Services — he hopes that public broadcaster ZBC will give opposition parties more airtime as the elections draw closer.

Still, Moyo says parties should not minimize their grassroots efforts.

“ZBC has always been a partisan broadcasting station, covering only ZANU-PF activities,” he says. “Hence I do not believe that anything will change.”