HARARE, ZIMBABWE — Amid the ongoing deterioration of Zimbabwe’s health system, services that require modern equipment and advanced training suffer the most.

For cancer patients, the situation is dismal. Broken-down machines and an acute shortage of oncologists result in patients waiting months, sometimes years to be treated, public health experts say — patients for whom a week could be the difference between life and death.

With a robust primary care system installed in the 1980s, Zimbabwe’s health services were once among the best in southern Africa. The economic and political upheaval under former President Robert Mugabe spelled the end of that era. Over the past two decades, health care funding evaporated, and many physicians left the country. Those who remain frequently strike to demand more supplies and better pay.

“Cancer treatment services are among the worst affected due to limited number of specialists [and] limited treatment facilities, especially radiotherapy and chemotherapy, as well as diagnostic facilities,” says Grant Murewanhema, a gynecologist and public health specialist who works in Zimbabwe’s public hospitals.

According to the Ministry of Health and Child Care, there are only 12 oncologists practicing in Zimbabwe — 10 in Harare and two in Bulawayo.

Of the three facilities offering radiotherapy in the country, only one, Oncocare Zimbabwe, has functional external beam radiotherapy machines. The only private institution of the three, it charges 500,000 Zimbabwean dollars (ZWL) ($1,369) per week of treatment. Patients may require three to five weeks of treatment, depending on the case.

The average monthly household income in Zimbabwe is 15,805 ZWL ($43), according to a 2020 report by the Food and Nutrition Council, the government agency in charge of food security issues.

The two hospitals also have brachytherapy machines, devices that dispense radiation inside the body. At Parirenyatwa, only one out of its two machines is working, while Mpilo’s only machine is down, according to the Ministry of Health and Child Care. 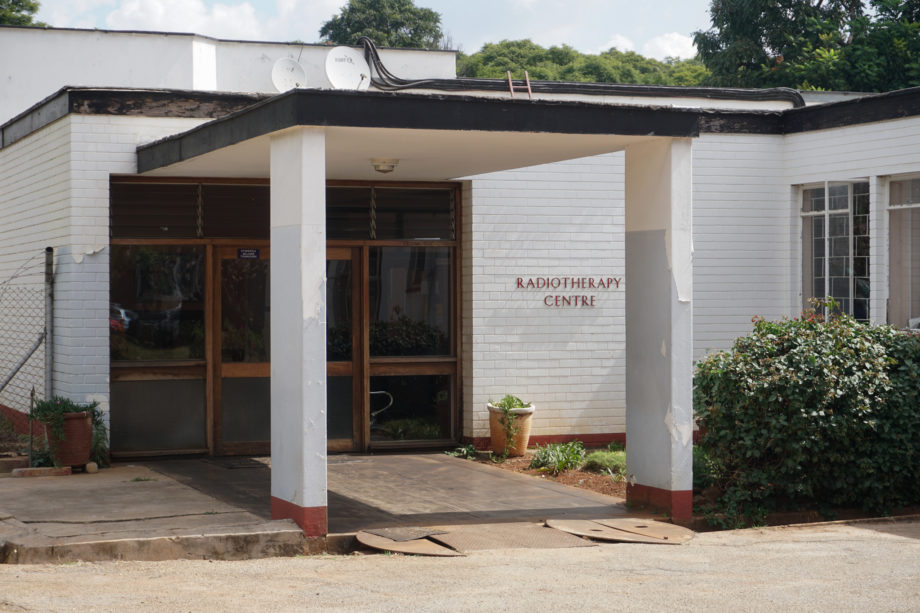 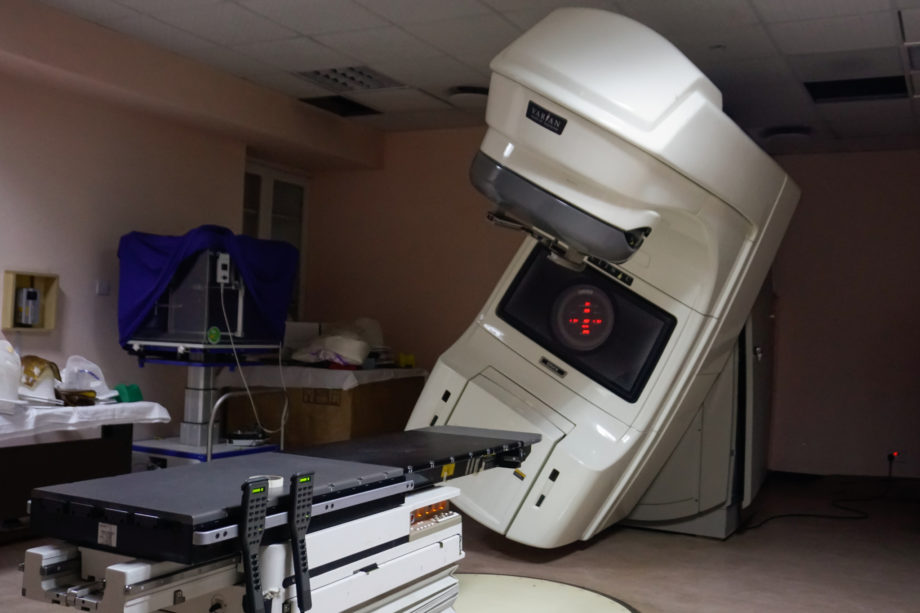 Radiotherapy machines at Harare’s Parirenyatwa Group of Hospitals, one of two public clinics that offer the service in Zimbabwe, have not worked since January.

The agency directed questions to Dr. Patience Mba, a consultant oncologist at Sally Mugabe Central Hospital in Harare. She says the brachytherapy machine in Parirenyatwa — the only functioning one in public hospitals in the entire country — treats five to six patients a day.

Radiotherapy is a type of treatment that uses radiation to kill cancer cells and shrink tumors. A person may receive radiotherapy internally or externally, depending on the size and location of the tumor, among other factors. External beam radiotherapy comes from a machine that moves around the body as it aims radiation in different directions. In internal radiotherapy, a source of radiation is put inside the body, sometimes through a brachytherapy machine.

Mba admits that they have faced challenges with the machine breakdowns. “Cancer services in Zimbabwe may not be at our best in terms of our vision and our goal,” she says, “but we have services where we are managing to offer something from diagnosis up to treatment and we are working on palliative care guidelines.”

Another oncologist at one of the public hospitals, who asked not to be identified for fear of retaliation, says that while the Ministry of Health and Child Care has made efforts to restore the machines, without a service contract the breakdowns are frequent and costly. Most cancer patients at her hospital have cervical cancer, whose main mode of treatment includes radiotherapy. “If we are not doing that, it means all those women with cervical cancer are not getting the correct treatment,” the oncologist says. 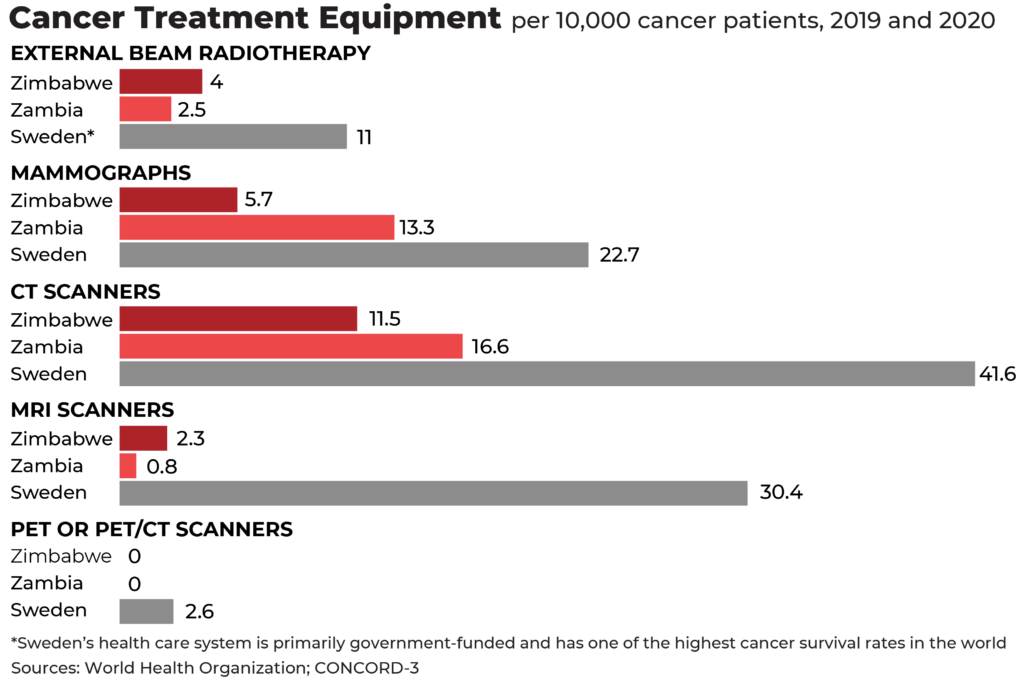 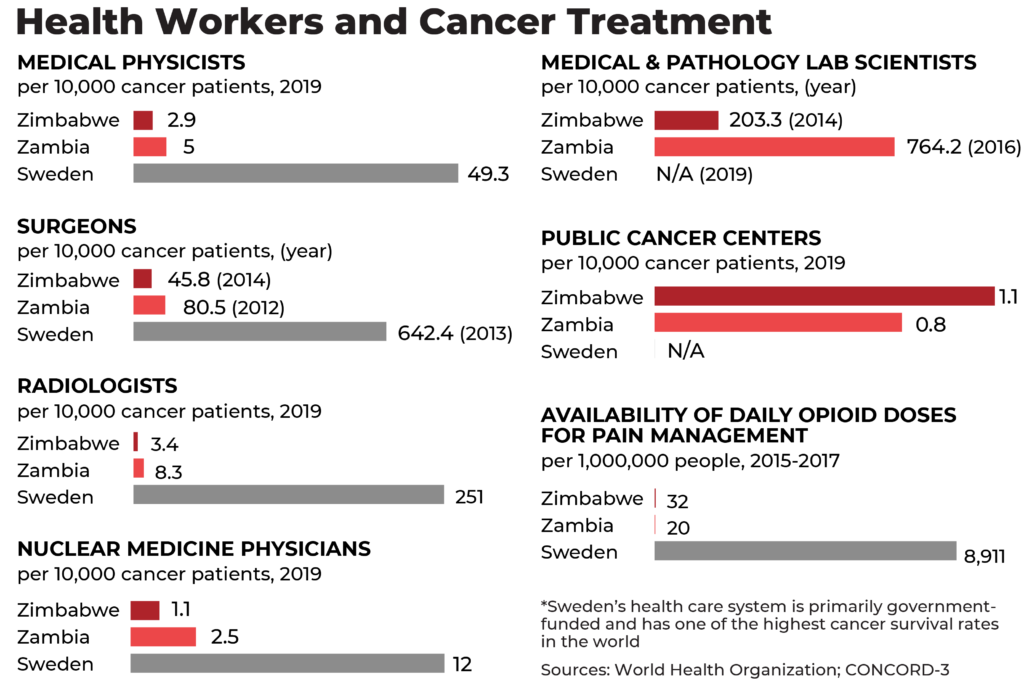 Cervical cancer is the most common cancer and responsible for most cancer deaths among women in Zimbabwe, according to a study published in 2021 by BMC Public Health, an academic journal focused on the epidemiology of disease. But World Health Organization data shows only 1 in every 5 Zimbabwean women of ages 30 to 49 has ever been screened for cervical cancer. The agency recommends women get screened every five to 10 years starting at age 30.

Kelvin, a 25-year-old resident of Harare, is trying to secure radiotherapy treatment for his mother, who was diagnosed with cervical cancer in 2020.

When doctors told the family that chemotherapy needed to be complemented with radiotherapy, Kelvin, who asked to be identified only by his first name as relatives wanted to protect the family’s privacy, learned from Parirenyatwa Group of Hospitals that his mother would have to wait several months to begin treatment.

“When we went back in November last year, they said they would call us when it was her turn to have the radiotherapy session. We haven’t received their call yet,” Kelvin says. “You never know how [bad] the situation is before you have someone who is sick.” 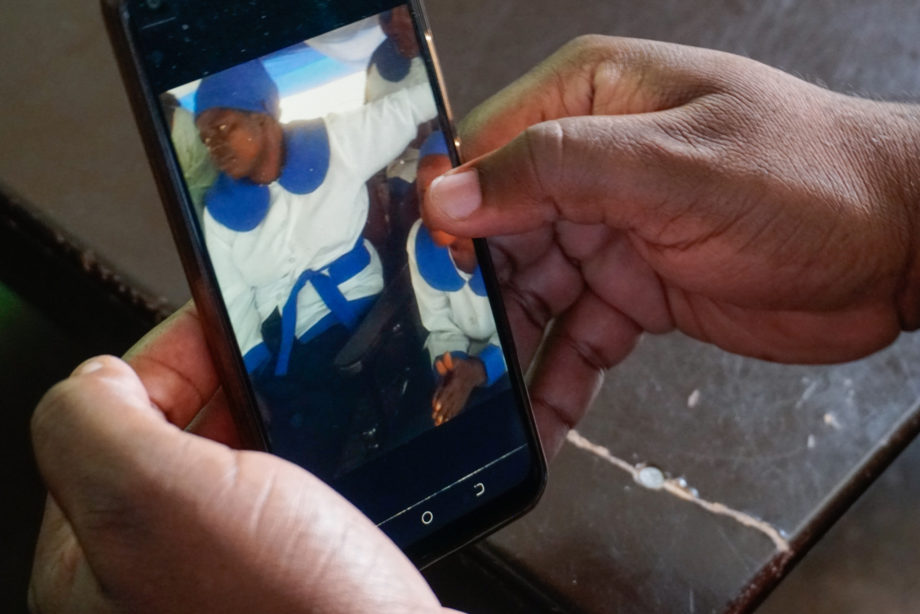 Credence Sithole shows on his mobile phone a picture of his mother, Miriam Sithole, who died of breast cancer in 2015.

Credence Sithole, a Mutare resident who lost his mother to breast cancer in 2015, is also painfully aware of the state of the country’s radiotherapy machines.

After a biopsy, doctors referred his mother to radiotherapy at Parirenyatwa Group of Hospitals. The family was then told the machine was down. Their next option was Mpilo Central Hospital in Bulawayo, but their machines were also broken.

“I had a ray of hope in April 2015,” he says. “I got a call, and I was told that we had an appointment on Monday for radiotherapy at Parirenyatwa Hospital in Harare.” His mother died just 30 minutes before their departure from Mutare.
Sithole says it was heartbreaking to watch his mother deteriorate. “I have regrets to this day that maybe I should have sought for treatment outside Zimbabwe, but again she had no passport, and at that time it wasn’t easy to get one,” he says.

Cancer patients in need of surgery are also placed on dangerously long waiting lists — in 2014, Zimbabwe had only 45.8 surgeons per 10,000 cancer patients, according to WHO data. 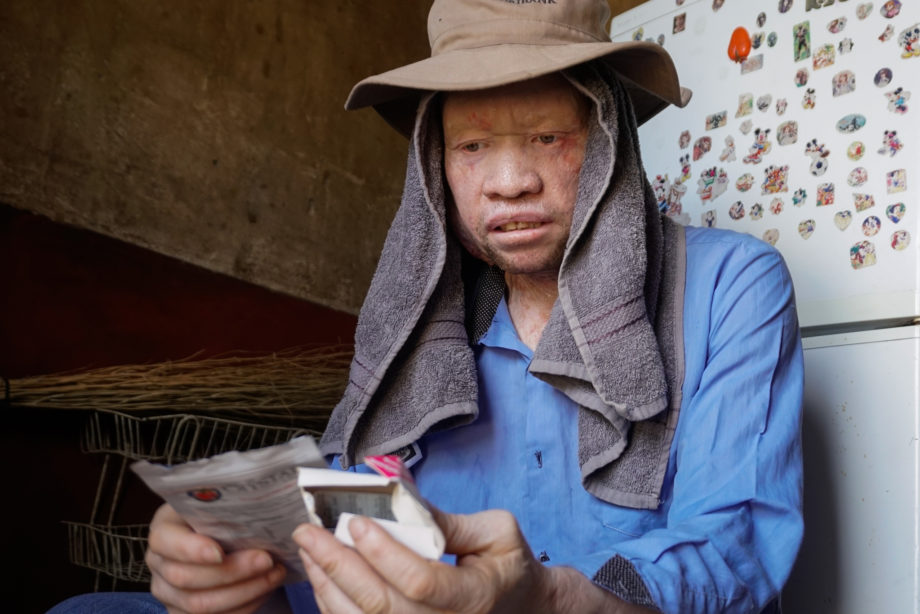 At his home in Mabvuku, a suburb east of Harare, Zimbabwe, Steven Muchato holds some of the medication he uses to manage pain. Muchato was diagnosed with skin cancer in 2019 and is still waiting to have surgery.

Steven Muchato, a 39-year-old resident of Harare who was diagnosed with skin cancer in 2019, is still waiting to have surgery.

After he underwent three cycles of chemotherapy from January to March 2021 at Parirenyatwa, his doctor told him that the wound on his cheek hadn’t healed and recommended surgery, Muchato says. The operation requires 16 hours of sedation and the only three beds available are for people who need to be under such sedation. “Doctors have advised me that, if it continues to grow, it will get to a point where an operation will be impossible,” he says.

His wound — and pain — keeps getting worse. “In October 2021, I was told that it would not take two weeks before I am called for the surgery,” he says. “I am still waiting for that call.”