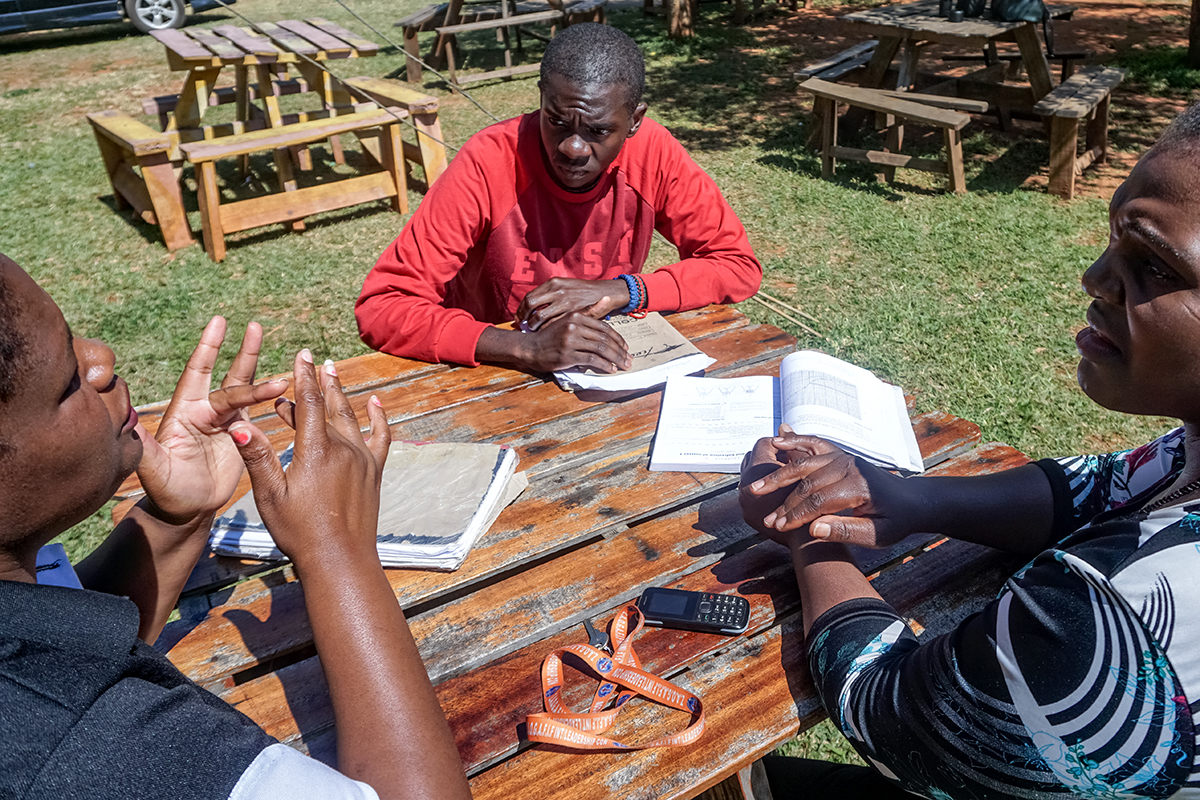 HARARE, ZIMBABWE — For some years, Barbra Nyangairi put her trust in Zimbabwe’s education system, but the mother of five says that changed in 2014. Her second-oldest child, Dumisani Nkomo, is hearing-impaired, and Nyangairi stopped sending him to a public school after she found out that his teachers were forcing him to make cabinets instead of allowing him to attend classes.

“How can a system not care about the aspirations of a child?” she asks. “I felt a mixture of emotions: anger, sadness and despair.”

Zimbabwe has long been a proponent of inclusive education, a system of learning that places children with and without special needs or disabilities in the same classrooms. But very few state-run schools have implemented this learning model, and some parents say there are not enough trained teachers to facilitate lessons for all students.

Lawmakers have made a number of attempts in recent years to revitalize what used to be one of the best school systems in this part of Africa. In 2017, the Ministry of Primary and Secondary Education rolled out a new curriculum, designed to promote entrepreneurship. Even with such developments, challenges persist within the country’s education sector. 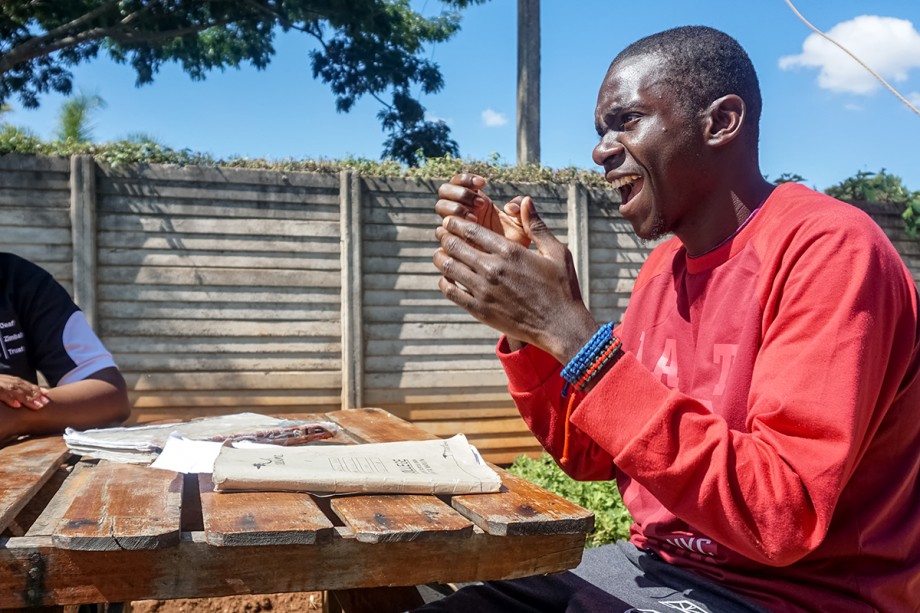 Dumisani Nkomo is hearing-impaired. His family says many public schools don’t have the trained teachers to support students with special needs.

There is a deficit of qualified teachers. Thousands of Zimbabwean teachers have migrated to neighboring South Africa to escape the faltering economy, according to a 2017 report in the South African Journal of Education. Many of those left behind are not receiving adequate training from the government to equip them to work with students with special needs, says Sifiso Ndlovu, chief executive officer of the Zimbabwe Teachers Association. A 2017 UNESCO report reveals that 67 percent of early-childhood-development teachers are unqualified. Around 10 percent of primary school teachers are also unqualified.

In Zimbabwe, there are nine colleges that train primary school teachers, but only one of them offers prospective teachers training in special-needs education, says Lincoln Hlatywayo, acting program leader for the department of disability studies at Zimbabwe Open University. The one institution that provides this type of training, United College of Education, graduates 100 special-needs teachers each year, says Daphne Zivanayi, acting director of tertiary education programs with the Ministry of Higher and Tertiary Education, Science and Technology Development.

A survey published in the IOSR Journal of Humanities and Social Science shows that 67 percent of school principals in Zimbabwe have had difficulty recruiting specialist teachers.

Students are paying the price. Some 600,000 school-age children in Zimbabwe have some form of disability, physical or behavioral, researchers say.

According to UNESCO, about 67 percent of early childhood development instructors are unqualified.

Since 2014, Nyangairi has been homeschooling her son, who is now 21. He will complete his secondary education this year, but many of his former classmates completed secondary school at 16.

“We discovered that he was very behind and needed a lot of work,” she says. Nyangairi adds that other families who have children with special educational requirements face a similar challenge. Teachers discourage these children from taking national examinations, she says.

For other reasons, too, inclusive learning has not been as successful as advocates say it can be. Hlatywayo says teachers are misinformed.

“When carrying out research, we hear a lot of stories that teachers fight to take special classes which have children with special needs because they think that’s a chance to rest – yet it requires more effort to teach them,” he says.

For Paul Mavhima, the minister of Primary and Secondary Education, a lack of resources has made it difficult for the country to build a skilled teaching workforce, even though his ministry has received some of the highest allocations in the national budget in recent years.

“I don’t think we have enough special teachers, and even if we have them, we do not have resources to deploy in every school teachers who cater for different special needs,” he says. “It is expensive for any government to do that.”

But Hlatywayo feels that there is a way to solve the problem.

“We need a quota system, whereby the government says at every intake in teachers’ colleges, a certain percentage should be enrolled in special-needs-inclusive education, so that they are able to handle learners with special needs,” he says.