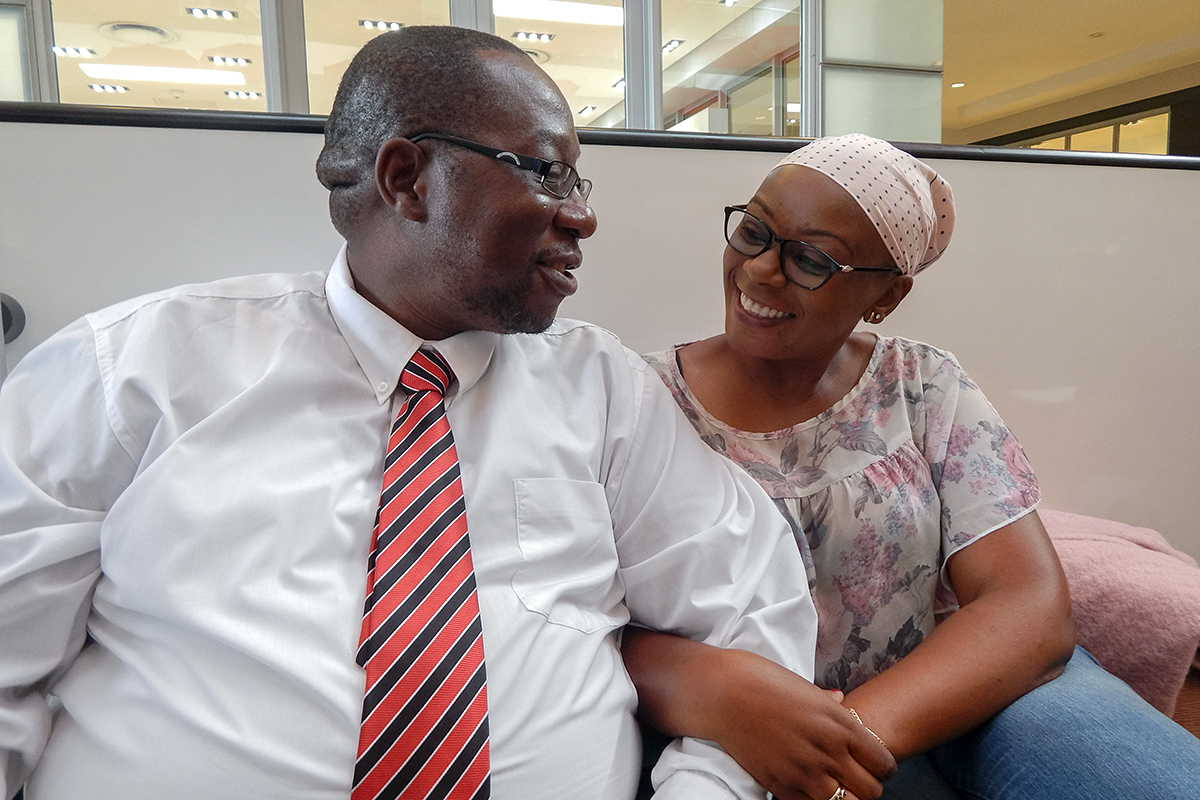 LUSAKA, ZAMBIA — After having three children together, Marlon Kananda and his wife, Gloria, decided they didn’t want any more. But the contraceptives she used to prevent another pregnancy – in the form of pills and injections – caused prolonged menstruation and weight gain. So Kananda decided it was his turn to look after family planning.

“I could not bear seeing my wife’s health slowly deteriorating because of contraceptives,” Kananda, 44, says. “I had to do something about it, so I decided to go for vasectomy to save her.”

Vasectomies are readily available in Zambia, offered free of charge at government hospitals.

But uptake of the procedure is poor, largely due to a persistent myth that having a vasectomy can lead to impotence.

Dr. Mulindi Mwanahamuntu, head of clinical care in the Obstetrics and Gynaecology Department of the University Teaching Hospital in Lusaka, says male sterilization is so rare in Zambia that there are no statistics available on how many men have had the procedure.

Mwanahamuntu says doctors at the hospital, Zambia’s largest, advise couples with many children to seek permanent family planning methods, such as sterilization. But most of the time, women undergo the surgery.

“Men would rather a woman undergoes sterilization, unlike them, because they fear that they may stop having erections,” Mwanahamuntu says. “But that is not true.”

But male sterilization is generally safer, because the procedure is simpler and less invasive in men.

“Tubal ligation in women can raise other complications because of the effects of the surgery, such as infection of the wound or even internal bleeding,” Mwanahamuntu says.

Kananda says his decision was easy: His wife had borne the painful side effects of contraceptives for too long.

“It had always been my wife taking contraceptives, and she used to have terrible side effects,” he says. “I did not want her to undergo tubal ligation, because she had gone through a lot, and I just wanted her body intact.”

I could not bear seeing my wife’s health slowly deteriorating because of contraceptives. I had to do something about it, so I decided to go for vasectomy to save her.Marlon Kananda

Before he went through with the procedure, Kananda had to convince others of his decision.

“My family were totally against the idea of me undergoing vasectomy,” he says. “They too believed that I may not be able to function after the surgery. But my wife and I read extensively on the matter, and we were okay with it.”

The couple also had to have counseling from their doctor. “My doctor wanted to be sure that we were certain with the decision,” Kananda says.

Now, Kananda works to dispel the myth that vasectomies cause impotence by sharing his story with other men who have doubts about the procedure.

Joseph Mwila, 50 years old and a father of six, believes a vasectomy will render him impotent.

“I do not want any more children, but that should be the duty of my wife to know what family planning method works best for us,” Mwila says. “I can’t risk going for vasectomy. I might fail to function.”

But Kananda says he is proof that that isn’t true, telling GPJ his sex life has been unaffected.

“I openly talk about having gone for vasectomy. I can attest that my sexual life is as before, if anything even better, because I don’t worry about having unplanned children.”

So far, Kananda says he has managed to convince two colleagues to undergo vasectomies. But he wants to spread the word even further. He has called for local family planning organizations to join his campaign.

“I really want to tell the men out there, but it’s difficult to do it alone,” Kananda says.