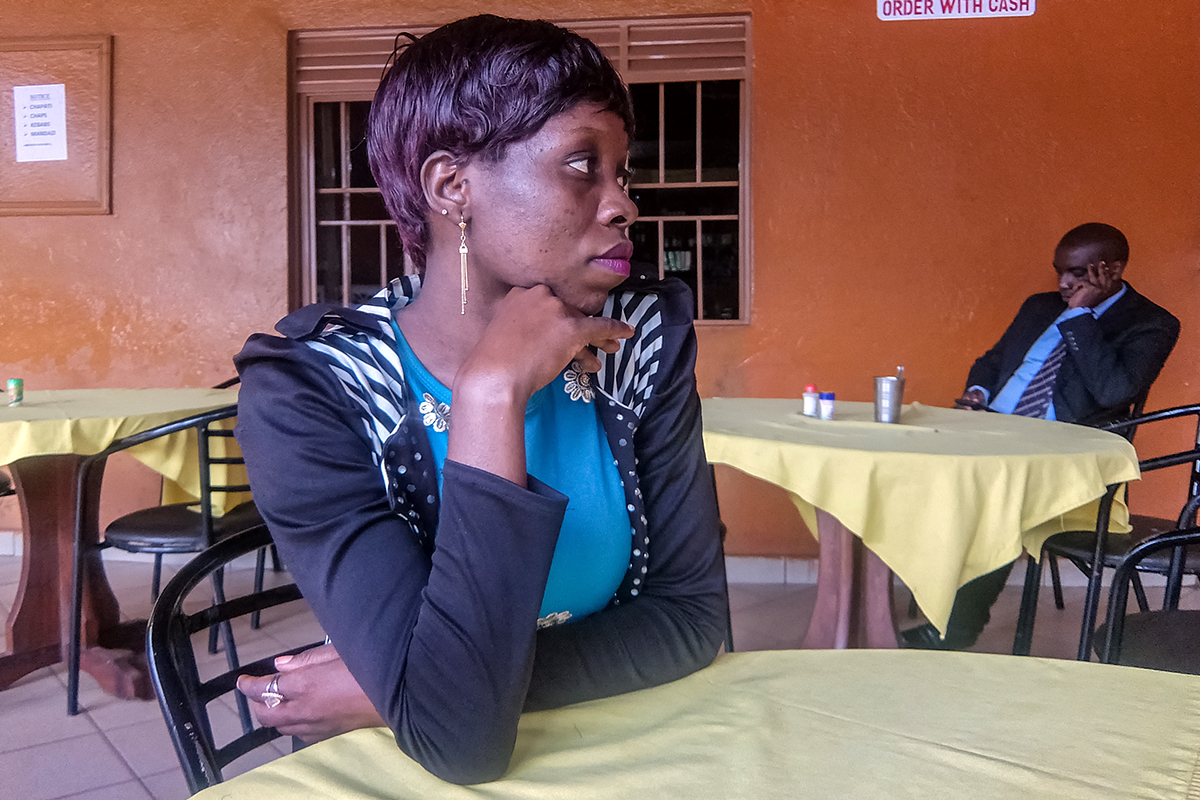 KAMPALA, UGANDA — Plaits, dreadlocks, Afros – every hairstyle imaginable is on display in the Ugandan capital and throughout the country. Hair is big business here, and barber shops and salons seem to be around every corner.

So what does a Ugandan do when one’s hair begins to fall out?

“I got so disturbed!” says Joseph, who says his own personal hair nightmare began in 2015, when tufts began to come out every time he combed his hair.

Joseph asked that only his first name be used in this story because he doesn’t want people to know that he has experienced hair loss.

He was willing to pay serious money to keep his hair. He even sought treatment in the U.S., he says, at a cost of 14 million Ugandan shillings (about $3,760) for a yearlong program. Nothing worked.

“I braced myself for that [balding], which I was not very ready for,” he says.

Back in Uganda, Joseph discovered Unity Hair Skin Laser & Hair Loss Clinic. His child was treated there for a rash, and he learned then that the clinic also provided hair restoration services. Joseph met Dr. Malik Ssempereza, a dermatologist and director of the clinic. Hair restoration treatments have been available for years in the U.S. and other countries, but it’s something new in Uganda, where advanced medical and cosmetic treatments aren’t widely available. It’s common for Ugandans to travel abroad for cancer treatments and other complex medical procedures. (Read our story about this trend here.) 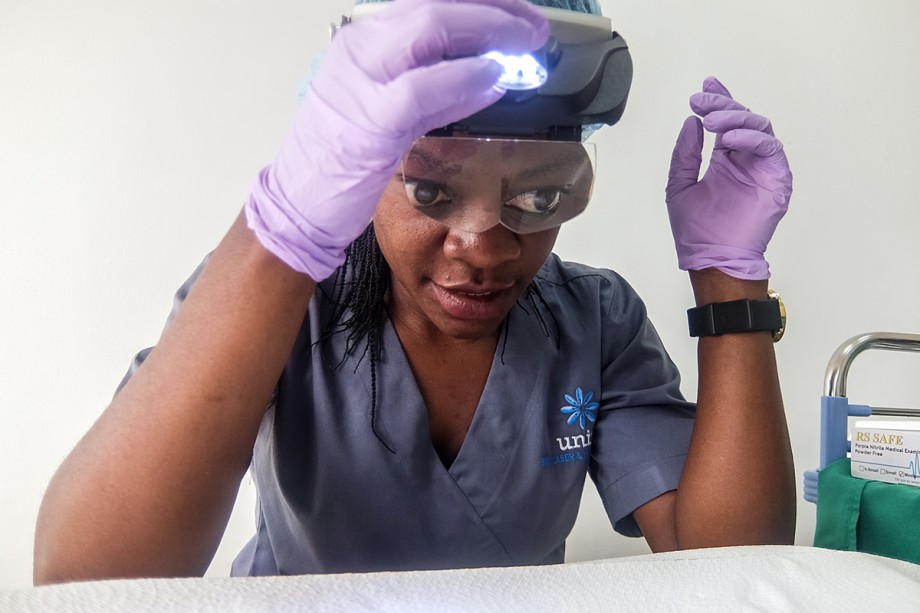 Just having the option of hair transplants in Uganda is significant, says Vivian Serwanjja, public relations officer at Uganda’s Ministry of Health.

“It’s one thing having money for medication, but another [to determine] where to find the medication,” she says, referring to the general problem of finding high-quality care in Uganda. “This is amazing.”

It’s not clear whether there is more demand now for luxury services, such as hair transplants, or if Ssempereza is simply meeting a demand that has long existed. A nurse in Ssempereza’s office says that about 100 people visit the clinic each month.

Measuring whether Uganda has a growing middle class or people have more disposable income now is similarly challenging. Local people say that more Ugandans are spending money on luxury items and services, but government data don’t necessarily support the notion.

Ssempereza’s hair transplant services can be expensive. He says the transplant of each hair follicle costs 3,500 shillings (about 94 cents).

Hellen Akakikunda says she spent 5 million shillings (about $1,340) to restore her hair – a price she feels was well worth it. She was dumbfounded, she says, when she saw tufts of her own hair falling out, but Ssempereza fixed the problem.

“Now I can walk the streets with no ogre of baldness haunting my life,” she says happily.