Skip to main content
The story you are reading was published on Saturday December 17, 2016. To read more recent stories click here. 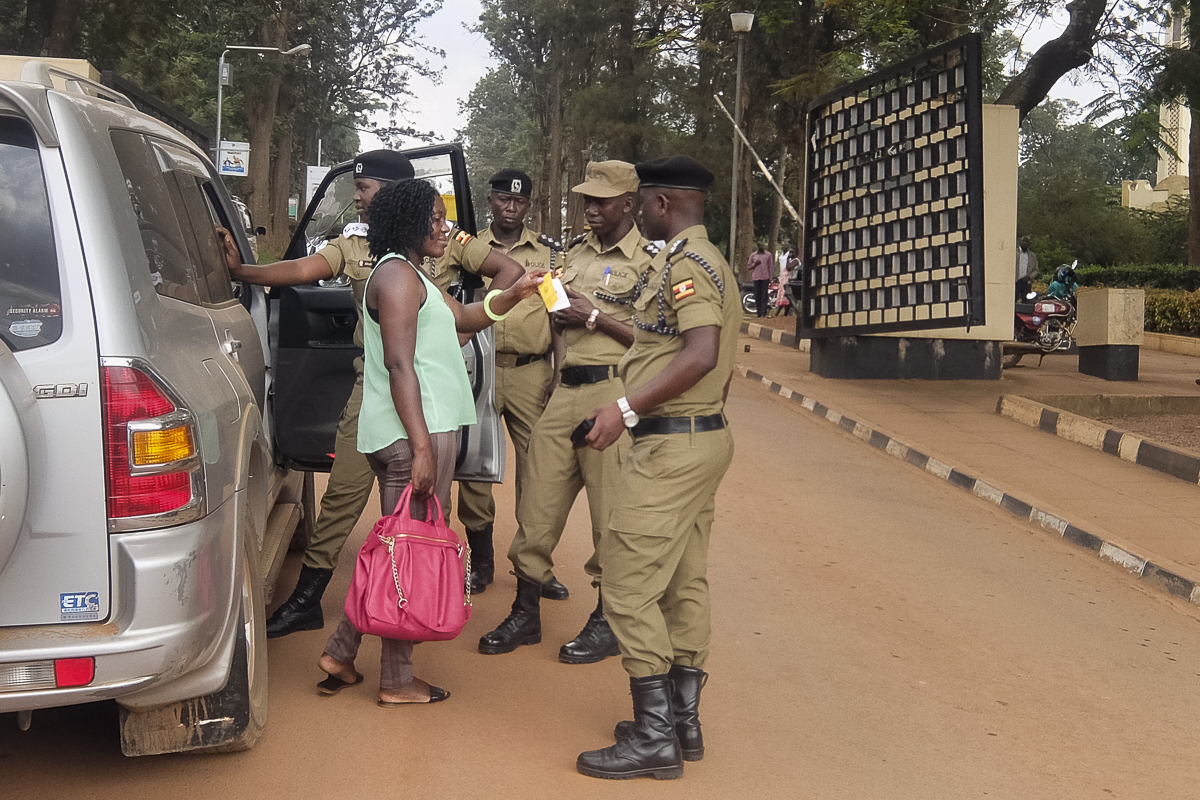 KAMPALA, UGANDA — Christmas may be in December, but people in this capital city begin preparing for it months earlier, and not by decorating trees or hanging lights.

Peter Musibala was parked near the gate to his workplace in early September when he was attacked.

“All of a sudden, a hooded man, black as night, came and gagged me,” he recalls.

Two other men ordered Musibala’s wife to keep quiet as she handed over a bag containing the couple’s two Samsung phones, two laptops and cash.

“When I raised alarm, the community made a chase and a stray man was found with my shirt, which had been in the stolen bag,” Musibala says.

Hilda Twongyeirwe says she was in her car in a traffic jam when she was robbed.

“I heard a noise through the glass, but I was alone in the car,” she says. “When I looked back, I saw a man’s arm disappearing, with my bag. In the bag was a phone, a tablet, and a small laptop.”

Petty crime is such a fixture of the months leading up to Christmas that people in Kampala, Uganda’s capital city, have come to expect it. But this year, police have taken extra steps to curb the crime.

We comb every nook, thus denying the wrongdoers a chance to hide. Francis Liiga, Officer in Charge at Nakasero Market Police Post

They say their efforts are paying off. Instead of picking up as Christmas nears, petty crime is actually going down, says Emmanuel Ssempiija, the Officer in Charge (OC) of Mini Price Police Station, which was reinforced with extra officers this season. The Mini Price area is often viewed as being in the heart of the area where crime occurs. Other police posts have also received extra officers.

According to records Ssempiija showed to Global Press Journal, the nine police officers keeping an eye on holiday-related crime from the Mini Price station arrested 138 people in September, 112 people in October and 97 people in November.

That’s a sign, Ssempiija says, that fewer people are engaging in muggings and other crimes, possibly because of a more pronounced police presence. And the police have engaged local people for assistance, he says.

“We have informers in the community, people like shoe shiners, cobblers, motorbike men and wheelbarrow pushers,” he says. “Since they have been long in these places, they are able to identify suspicious characters.”

“These usually attract many hangers-on who are looking for what to grab,” he says.

But police warn that they’re not able to totally stop petty crime. Congested roads are tough to surveil, says Peace Nansaba, assistant spokeswoman at the Kiira Road Police Post, which is located in an area, away from the city center, that is home to many offices.

“The petty cases are so many in the center of town,” she says. “It is quite hard to track down the criminals because of the congestion in town.”

But even in the city’s most shadowy corners, police say they’re alert. At the first sign of chaos, officers use shortcuts to quickly respond, says Francis Liiga, the OC at Nakasero Market Police Post. Nakasero Market is one of the city’s oldest shopping areas.

“We comb every nook, thus denying the wrongdoers a chance to hide,” Liiga says.

He adds that police “search their areas of hibernation” and “smoke them out.”

Despite the increased security, local people say they’re still skeptical of being out and about in the city.

Rose Anne Ajok, an accountant, says she’s been mugged twice, both when thieves cut a hole in her bag.

“Now I fear going to town,” she says.