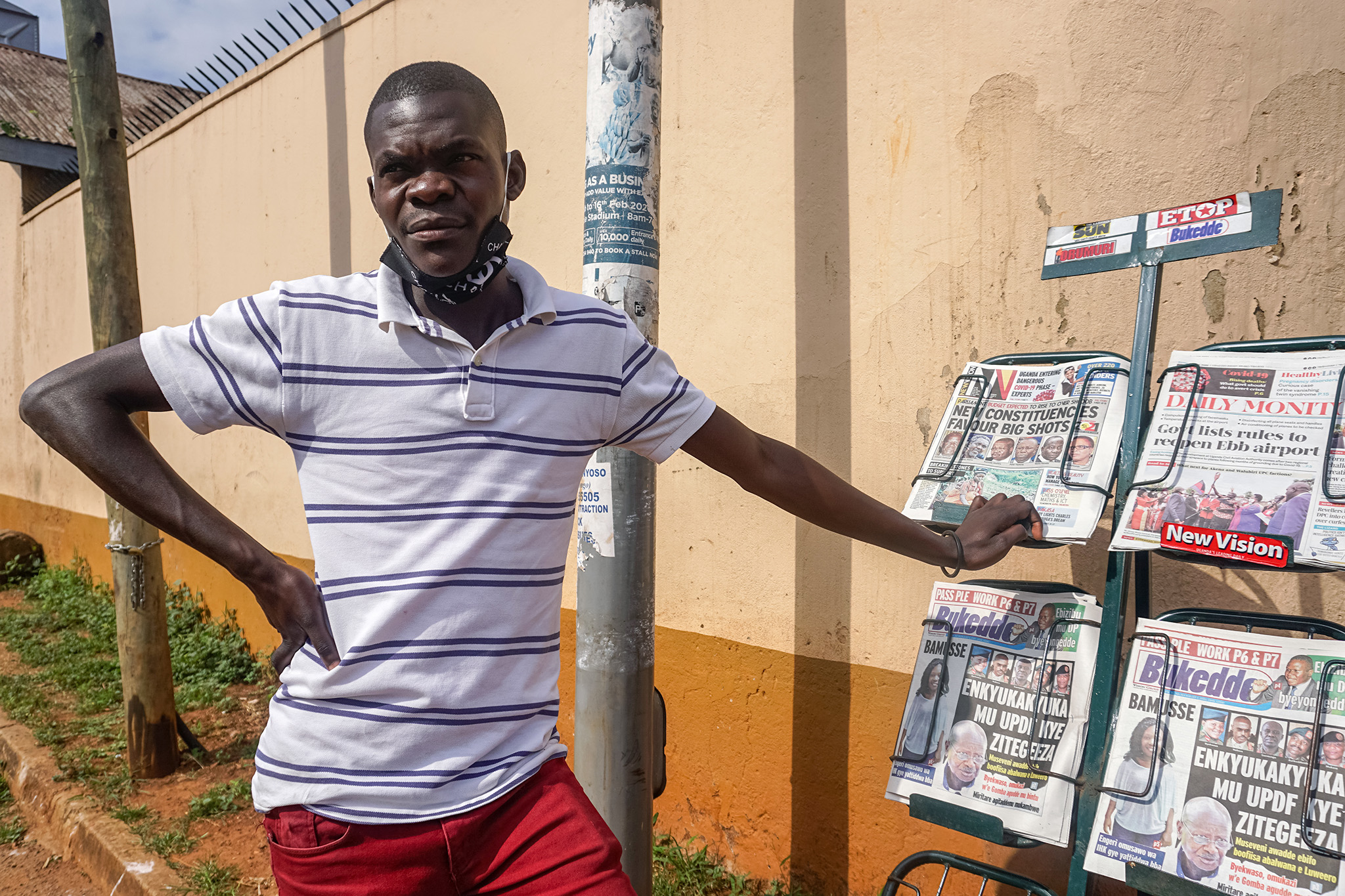 KAMPALA, UGANDA — Late in November, as this city erupted in flames, reporters from The Observer newspaper rushed toward the smoldering downtown. Authorities had arrested two candidates vying to unseat Uganda’s president of 34 years, and protesters swarmed the capital’s narrow streets, burning tires and clotting the sky with dark smoke. Security forces swooped in with tear gas and bullets. Dozens of people were killed.

It was a big international story, unfolding a short drive from the paper’s office. But Observer editor David Lumu had fewer journalists to dispatch than just a few months before. During the country’s coronavirus lockdown, The Observer’s revenues nosedived, and the paper temporarily scuttled its print edition and shrunk its staff.

Just as the pandemic has strained governments and businesses worldwide, it has decimated the newspapers that cover them. This is particularly true in Uganda, whose press corps is among East Africa’s most free, according to the Washington-based, pro-democracy group Freedom House. Mainly because of plummeting newsstand sales, about half of the country’s roughly 50 print outlets shut down at least temporarily, says Peter Mwesige, executive director of the African Centre for Media Excellence, or ACME, which tracks the country’s media industry.

Newspapers are the lifeblood of Ugandan media. While radio and TV are more popular, many of their stories essentially recycle newspaper reporting. But even papers that survived the pandemic cut staff, despite a tsunami of news, including the protests, this month’s presidential election and social media disinformation campaigns aimed at both. The papers’ protest coverage, for instance, offered a factual counterweight to a web of Twitter accounts that tried to discredit marchers using photos of years-old riots and the hashtag #StopHooliganism. 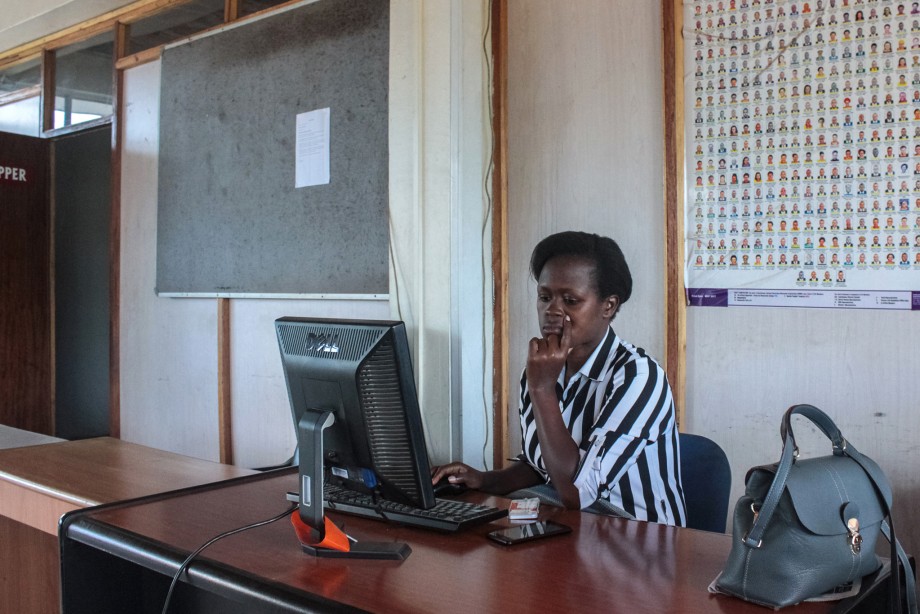 Corinth Rebecca Nabukenya edits stories at the Red Pepper newspaper office in Seeta, a town outside Kampala. Like many papers in Uganda, Red Pepper’s revenues nosedived during the pandemic, and the English-language daily cut staff.

The government is among the outlets’ largest remaining advertisers, and Mwesige worries cash-starved papers may soften their coverage in fear of losing money. (Paulo Ekochu, chairperson of the Media Council of Uganda, a government body that regulates print media, says there’s no evidence of that so far.)

“It had been coming for many years,” David Lumu, a journalist with the Ugandan newspaper New Vision, wrote in an essay for the ACME website in July. “But the COVID-19 pandemic put a fine point on the impending Armageddon that hovers over the horizon of good old journalism as we have known it.”

Uganda was home to the first independent African newspaper, and its constitution guarantees free expression, but it remains tough for local reporters to aggressively challenge the government. According to Reporters Without Borders, a Paris-based nonprofit that advocates for press freedom, President Yoweri Museveni “tolerates no criticism and often uses hate speech in his references to the media,” and authorities have cut off broadcasts, beaten journalists and charged them with treason.

Ekochu, the Media Council of Uganda chairperson, disputes that the country is a hostile environment for journalists.

Many reporters are also poorly paid, meaning they are more susceptible to avoiding controversial stories to keep their jobs or taking bribes from sources, according to a study in the International Journal of Communication. And that was before the industry’s very existence was under threat. 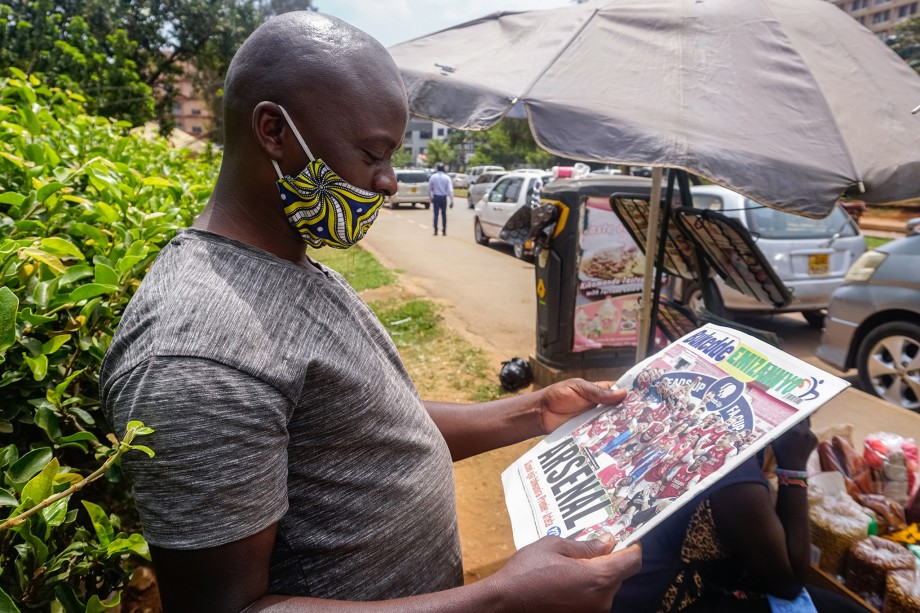 Hassan Ssewanyana used to buy Bukedde, a Luganda-language newspaper, every day. But during Uganda’s lockdown, he was only allowed to transport cargo in his boda boda, or motorcycle taxi, and didn’t make enough money to buy the paper regularly.

Uganda is a country of newsstand readers. Before the coronavirus, The Observer distributed about 12,000 copies of each issue to newsstands, but only half that to home subscribers. In March, the government instituted a strict lockdown. Some Ugandans wouldn’t risk leaving home to buy a paper, while others were out of work and couldn’t afford one.

Bashir Muhamed, who sells newspapers from a small metal stand in the city’s central business district, says he lost about 40% of his customers. When the country loosened restrictions in June, few came back.

“Even now, when people are allowed to move and work, sales have only increased a little,” he says.

Talk to Hasfa Mugizi, and you’ll understand why. He used to pay 1,000 Ugandan shillings (27 cents) every day to buy Bukedde, a Luganda-language paper. But he sells household goods, and people aren’t buying as much sugar and soap. A newspaper became a luxury – whatever he makes goes to basic needs, like food.

Many outlets couldn’t withstand the losses. The shuttered papers include three local-language dailies – Etop, Rupiny and Entatsi – that were the sole print news sources for their communities. Even prominent English-language papers, such as New Vision and The Daily Monitor, suffered cuts. The effects were immediate. After the tabloid Red Pepper trimmed staff, for example, the paper strained to report on much of anything outside Kampala. 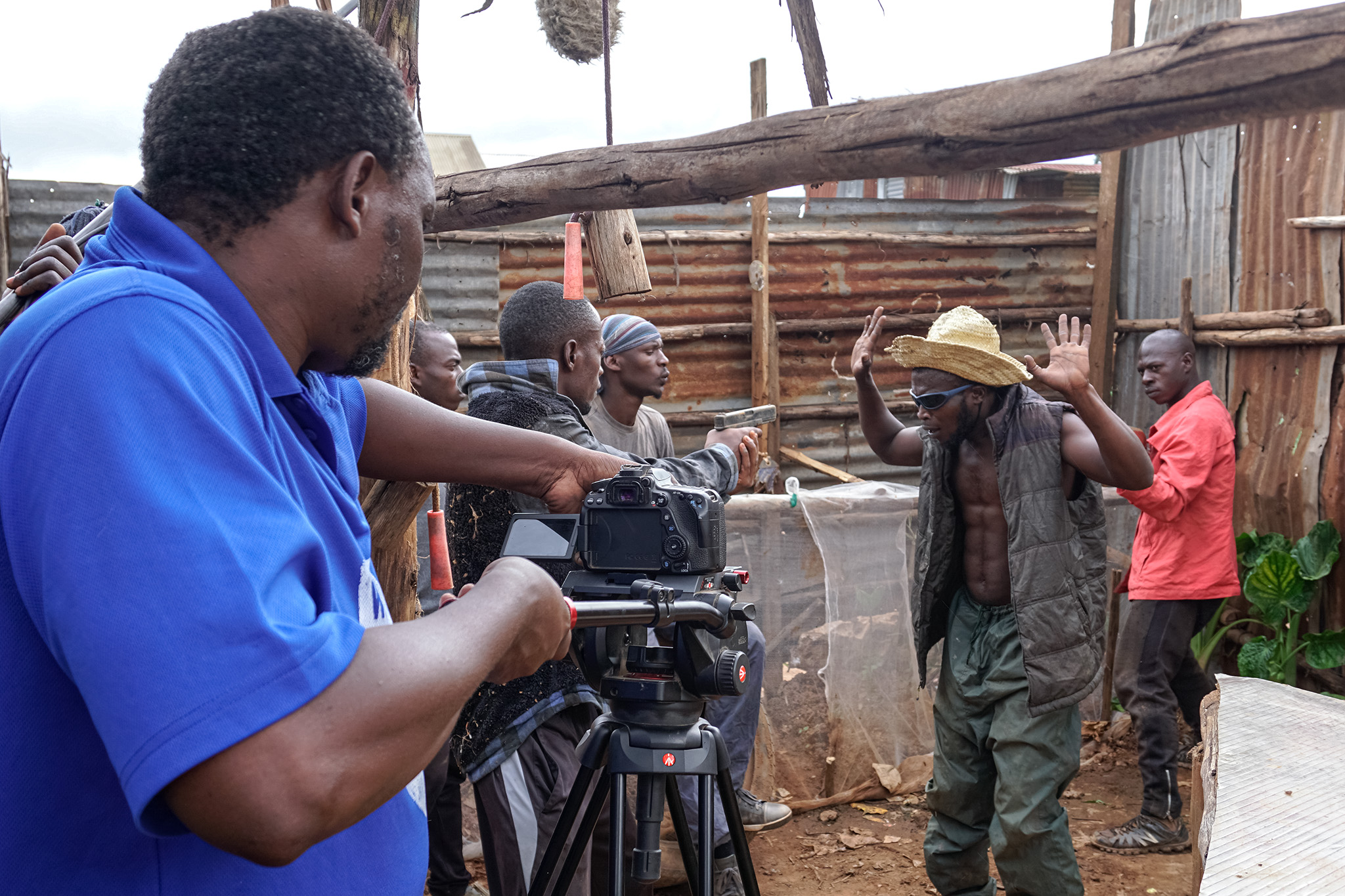 “We didn’t have enough reporters there to cover the stories and candidates’ rallies, or have our reporters everywhere to be the first to break the stories as we would like to,” says Red Pepper editor Corinth Rebecca Nabukenya.

At The Observer, the pandemic also took a toll. With splashy covers reminiscent of New York and London tabloids, the English-language weekly is one of the country’s main papers. It prides itself on holding government to account, such as when it recently revealed that the health ministry had broken its promise to follow up with coronavirus patients after they were discharged from the hospital.

As the pandemic wore on, newsstand sales and ad dollars dwindled. Printing the paper made less financial sense, so for three months, it published only online. Because less than a quarter of Ugandans use the internet, that meant fewer people had access to independent news. Even readers who could get online sometimes struggled to download the paper’s PDF version.

Lumu of The Observer has been a journalist for 15 years. His reporters are hardworking, he says, but with fewer of them, it’s been difficult to scrutinize the government’s pandemic response. Were its actions effective? Were security forces properly deployed?

He couldn’t assign a reporter to each of the 11 presidential candidates, as he had done previously. When contenders Bobi Wine and Patrick Amuriat were arrested because their events allegedly violated coronavirus crowd restrictions, he didn’t have enough journalists to report on the full gamut of uprisings. His remaining staffers risked their safety, interviewing demonstrators and filing dozens of stories – sometimes under the byline “By Our Reporter” to protect them from retribution.

Correction: This story has been updated to correct a misidentification. The piece features two sources named David Lumu. David Lumu, who wrote the African Centre for Media Excellence essay, is a journalist with New Vision. Global Press Journal regrets the error.